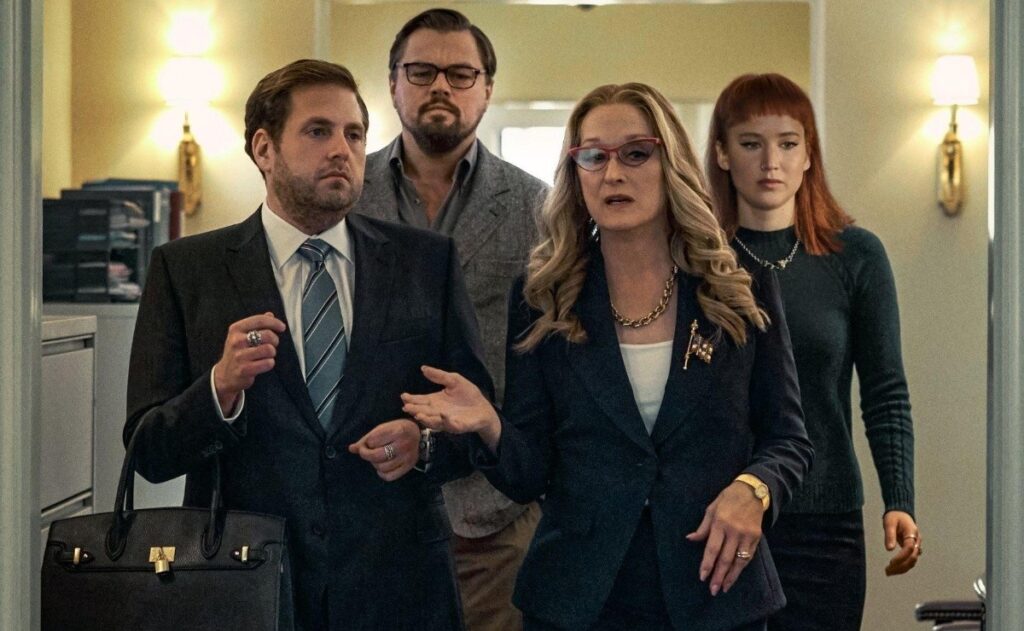 (****) In Theatres and Steaming on Netflix

Black comedy has always been the best of the sub-genres of comedy for me. Taking a subject that is in no way funny (murder, nuclear explosions, divorce, a drunken Santa and now a meteor speeding towards earth) has always tickled my funny bone. My sense of humour runs dark, admittedly, and I laugh at things that others might find disturbing. But comedy is very personal, so what hits me as funny might not hit you that way. I also dig slapstick, something like Home Alone (1990), where the mayhem and injury unleashed on Joe Pesci and Daniel Stern have me weeping with laughter. The violence within the film is like the Road Runner cartoons, more gut-busting fodder in my mind. But for me, black comedy reigns supreme, requiring slick writing and direction and performances absolutely committed to the subject matter,

Like Dr. Strangelove, Don’t Look Up is a brilliant, alarming and often unsettling comedy where two scientists discover a large meteor speeding its way to earth, threatening to end life on the planet. Dr. Mindy (Leonardo DiCaprio) and his student Kate (Jennifer Lawrence) attempt to warn the world about the meteor. Mindy is barely keeping it together, his stress level so high he seems about to explode at any given moment like Peter Finch in Network. Kate is doing marginally better but is baffled by the calm attitudes from the people who have the power to do something. 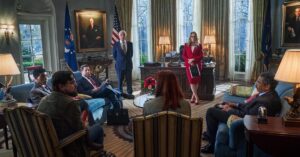 Their visit to the President of the United States is hysterical as President Orleans (Meryl Streep), a Trump-like character who knows better than everyone else and takes the information with an ignorant calm. Her son and Chief of Staff Jason (Jonah Hill) is equally smug and disinterested while hearing about the pending doomsday. Even when the two scientists go on a popular morning show to tell their news, they are met with smiles and condescension. Brie (Cate Blanchett) is a permanently smiling fool who begins an affair with Dr. Mindy, while Jack (Tyler Perry) is equally oblivious, making Kate lose her cool on television. It all leads to a countdown to impact and life on earth, as measured by a diet app on Kate’s phone.

The Canadian film Last Night (1998) dealt with this over 20 years ago and unlike the popular American films Armageddon (1998) and Deep Impact (1998), astronauts did not fly in and save the day, sacrificing lives, elevating the men to heroes. In this dark Canadian film, the world ends. That said, it ends on a message of love and hope. Last Night was a profoundly powerful film but also laced with comedy, which might have unsettled audiences. I’m not usually a fan of the quirky and pretentious Don McKellar, but everything he did here as director, writer and performer was spot on and his scenes with the wonderful Sandra Oh crackled with energy.

In Don’t Look Up, every scene DiCaprio has with Lawrence is exciting, a credit to the talent of both. DiCaprio has a couple of sublime moments when he loses his cool and rants about what is coming, and as the great Peter Finch did in Network, he dominates the screen during these scenes. Manic and over the top, the actor is astonishing. He remains the greatest of the actors under 50, gifted with the art of listening and the ability to make each line seems as though it is being said for the first time. 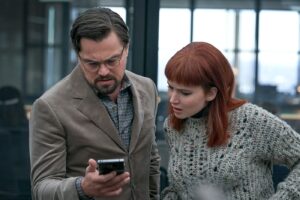 Lawrence possesses the same ability and puts a comedic spin on it. She is the kind of actor who could explode at any moment without making it seem ridiculous. Both actors have Academy Awards but this time, DiCaprio has the greater chance of being nominated.

Meryl Streep is a wonder as President Orleans, an anti-science politician (sound familiar?) who dismisses the two scientists so she can have her own team assess the situation. The entire sequence with Jonah Hill is hysterical, though deeply unsettling. Imagine this happening? Dire news of the world, be it climate change or a pandemic, is met with such arrogance and disbelief. That is terrifying and yet so familiar. Without spoiling anything, Streep’s pompous President gets exactly what she deserves.

The film lights up with smart dialogue and the actors are obviously having a blast with the script. When did Adam McKay, the guy who brought us Step Brothers (2008), become such a gifted director? The Big Short (2015) was miraculous, Vice (2018) even greater, and here he gives us a difficult subject matter and allows us to laugh —uncomfortably, because it is underlined with a genuine terror. 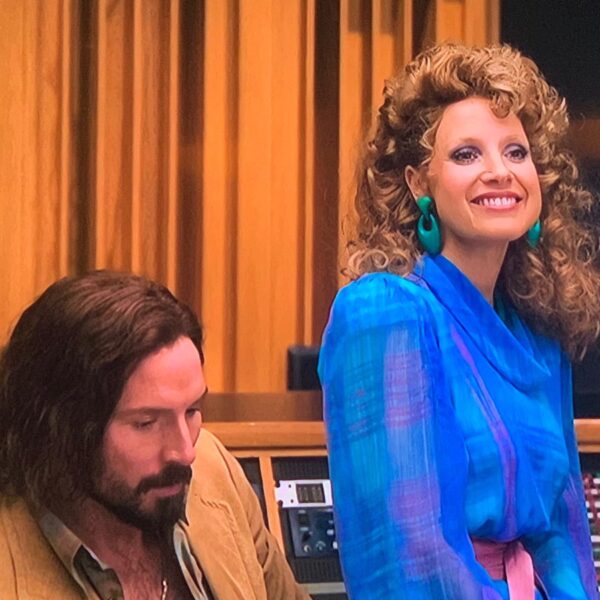