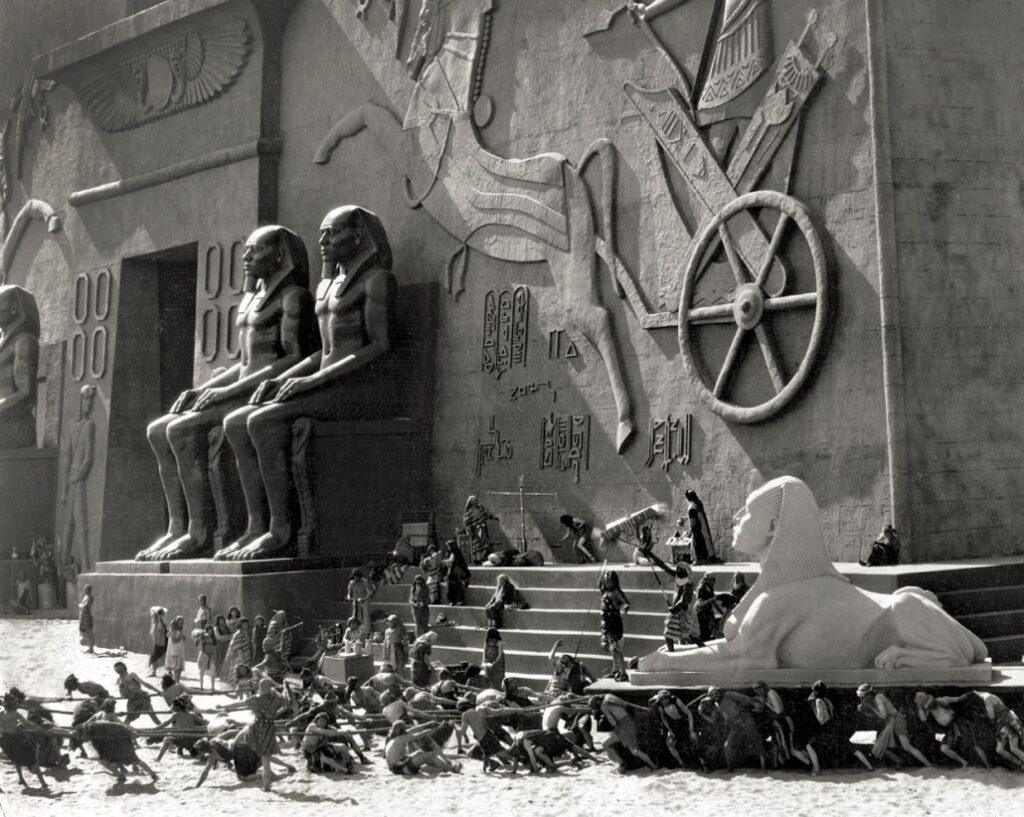 In an era when a director did not have the option to rely on CGI or Green Screen to create a film, everything needed to be real.  If they needed a thousand extras, they had to be hired.  If elaborate sets were need, they had to be constructed.  Cecil B. DeMille needed both for his silent epic The Ten Commandments (1923)

Extras were easy to obtain as demonstrated during the movie’s exodus sequence where literally thousands of people were filmed, fanning out across the desert for as far as one can see.  The crowd contained not just men, women and children, but costumes, camels, carts and livestock as well.  One can only imagine the organizational and coordination efforts required to properly execute the filming of such a large mob in what was a new and fledgling medium.

As for sets, DeMille orchestrated the construction of a virtual city he called “The City of the Pharaoh” in the dunes near Guadalupe, California.  As this was a major production with the relatively unheard of budget of $1.8 million, DeMille had the means to ensure the set lived up to the epic vision he demanded for his production.  This production was ultimately one of largest and most expensive in the history of Hollywood film production and it shows!

To accomplish the feat, DeMille commissioned designer Paul Iribe to construct sets, which included a temple 12 stories in height and 800 feet in length, faced with 35 foot tall statues of Rameses II, and approached through a promenade lined with 21 sphinxes, each one 15 feet in height.  To ensure authenticity, all details and proportions of the sets were based upon original antique Egyptian monuments and buildings.  Scott Eyman, in his biography entitled, “Empire of Dreams” stated: There was no such thing as over the top for Cecil B. DeMille,” which he clearly demonstrated in the production of this early film.  To create a believable Egypt for his film, DeMille built on the scale of the ancient Egyptians and as far as he was concerned, nothing shy of this would do his film justice. Rather than building out of stone to last an eternity, as the ancient Egyptians had intended for their monuments, DeMille’s were intended to last only a few months to accommodate his production schedule.  For cost reasons, and the fact that the sets were needed for such a short period of time, Paul Iribe relied heavily on Plaster of Paris, a product made of gypsum powder, which hardened into a type of cement when mixed with water and dried.  As a paste, it can easily be molded into forms which, in Iribe’s case, became highly detailed Egyptian statues and hieroglyphics. When filming wrapped, DeMille was faced with the difficult decision of what to do with his elaborate sets.  Budget overruns meant there was no available capital to dismantle and store the sets.  Leaving the sets in place however, meant another filmmaker could inexpensively set up shop and utilize DeMille’s sets for their own productions.  His solution, simply have the sets buried beneath the dunes.

As fate would have it, it was DeMille who would later wish he had invested in the storage of the sets. He later remade his own film with The Ten Commandments (1956), this time with sound, and in colour.  Special effects had greatly improved by the late 1950’s, with DeMille’s 1956 entry being ground-breaking in this field.  However CGI was still in the future and elaborate sets would again have had to be constructed.  Fortunately, nearby Fox Studios had just wrapped filming their epic The Egyptian (1954) and, needing to recoup some of their $5 million budget, sold sets, costumes and props to Paramount for use in DeMille’s film.

John P. Fulton, head of Paramount’s Special Effects Department, was responsible for the special photographic effects in this version of The Ten Commandments (1956).  Through his leadership, Fulton created such memorable features as the Burning Bush, the Pillar of Fire, and the ultimate scene stealer, the parting of the Red Sea.  At the time the Red Sea sequence was the most difficult ever created in a movie and required six months of preparation, filming and editing.  The end result utilized film shot of Egypt’s Red Sea, combined with film, shot in reverse, of 360,000 gallons of water gushing from specially designed water tanks at Paramount’s Hollywood Studios.

Adjusted for inflation, The Ten Commandments (1956) is the seventh highest grossing film of all time and won Academy Awards for: Best Effects, Special Effects; Best Picture; Best Cinematography (colour); and Best Art Direction-Set Decoration (colour), so clearly DeMille was doing something right.  As the Academy Awards did not exist prior to 1927-28, viewers will never know what awards his 1923 epic could have gained.

In 1983, a filmmaker by the name of Peter Brosnan, working off a tip he discovered within a posthumously published autobiography of the director, decided to find the site of DeMille’s 1923 lost city.  After several years of on and off searching provided no tangible discovery, Brosnan combined forces with John Parker, an archaeologist who shared Brosnan’s passion.  The duo revisited the area with ground-penetrating radar and, in 1990, discovered DeMille’s elusive lost city, buried beneath the dunes.  Much like the sands of the Egyptian desert preserving ancient mummies and Egyptian works of art, the sands of Southern California did the same for DeMille’s 1923 sets. Excavation of the area continues to this day and the sands continue to slowly reveal their secrets.  Fortunately for those of us who are unable to travel to the area to see the ongoing excavation and the display of relics at the Guadalupe-Nipomo Dunes Centre, Peter Brosnan, being a film maker, has chronicled his 30 year passion on film.  The result is the documentary The Lost City of Cecil B. DeMille (2016), which premiered at the Santa Barbara International Film Festival and is now available on DVD. 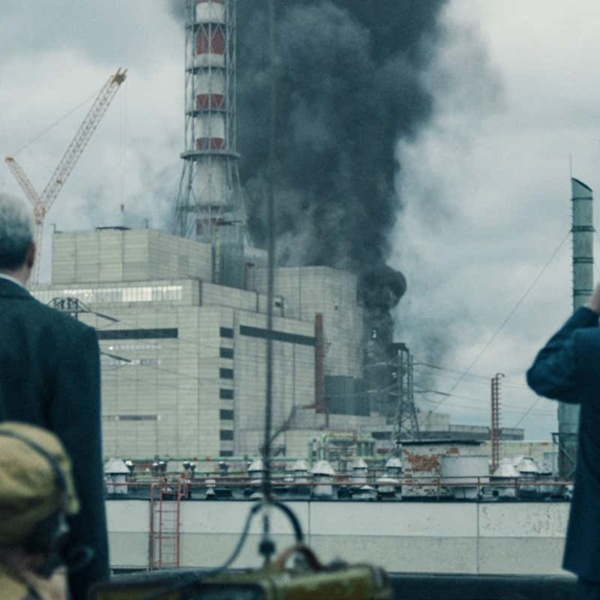 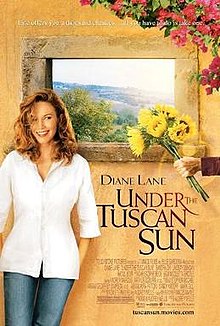