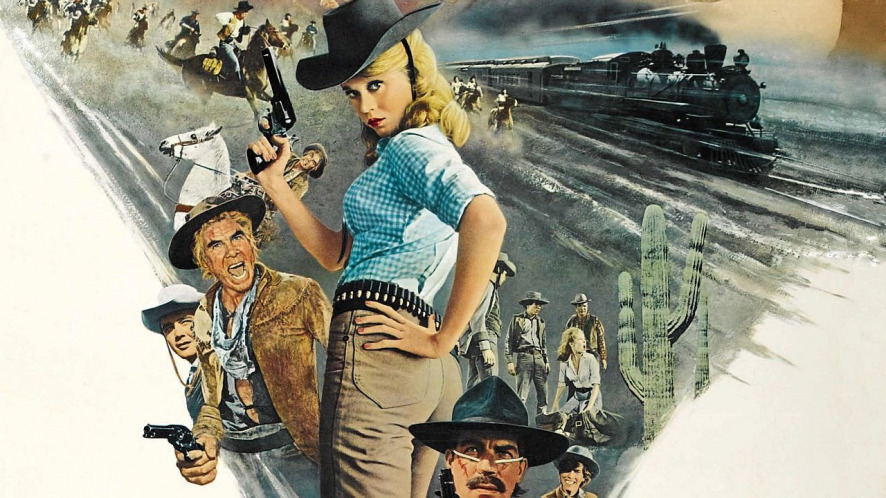 The sixties were a transitional decade for a lot of reasons and those transitions are evident in the decade’s best comedies. From the sit-com innocence of Please Don’t Eat the Daisies (1960) to the oh-so-trendy sexuality of Bob & Carol & Ted & Alice (1969), there was a major shift in both content and style. It allowed filmmakers and actors more freedom, the stories got more interesting and the laughs, although sometimes subtle, were definitely there. The self-imposed restrictions of the fifties – which produced only a handful of great comedies – started to disappear. Billy Wilder’s last great film and a huge step forward in terms showing more adult relationships, situations and a workplace straight out of Mad Men – in the era when it was actually happening. Jack Lemmon and Shirley MacLaine had two of their best roles here. He is the young guy on his way up the corporate ladder, allowing his apartment to be used by key company executives for extra-marital assignations. MacLaine also works at the company and is having an affair with her married boss (Fred MacMurray) and one night ends up in Lemmon’s apartment. All very adult stuff and with just the right amount of cynicism, humor and heart. Special kudos go to MacMurray for the truly dark, selfish character he creates. This is one of the happy surprises of Bob Hope’s movie career. He was at his peak in the 1940’s playing the same cowardly, wisecracking buffoon in film after film but by the 1950’s it had become stale, the films more routine, and Hope was obviously just going through the motions. In The Facts of Life, he was suddenly acting his age and subtly playing a character going through a legitimate mid-life crisis. He’s partnered for the third time with Lucille Ball and this is the best of their eventual four films together. Ball was always a better actor than Hope, and she proves it again here with one of her best performances. Thanks to an amusing and adult script by Melvin Frank and Norman Panama (long time Hope collaborators), the story of two married friends trying to have an affair never really hits a false note. Adapted from a novella by Truman Capote, this is Blake Edwards’ first great film and probably Audrey Hepburn’s most iconic performance. Although ostensibly a comedy, it’s also a little sad and sentimental as it tells the story of Holly Golightly (Hepburn) a girl who has escaped a life of backwoods poverty but is unable to commit beyond her one night “dates” with older gentlemen who don’t might footing the bill. Although it is a stretch to imagine Hepburn coming from the backwoods of anywhere, she’s still delightful as Holly. She is ably supported with a sparkling screenplay, a perfect score and song (“Moon River)”, and a quirky supporting cast that includes George Peppard, Patricia Neal and Martin Balsam. The one big misstep is the casting of Mickey Rooney as a Japanese photographer. What might have been funny in 1961, is cringe-worthy today. (Footnote: Capote had originally written this with Marilyn Monroe in mind.) This is probably Doris Day’s best comedy of the 1960’s. It’s a nicely directed satire of television and Madison Avenue with a terrific script by Carl Reiner. It’s the story of an upper middle-class couple (Day and James Garner) and the chaos that ensues when she inadvertently becomes a television spokesperson for a brand of soap. Definitely of it’s time (Garner’s character struggles with the idea of working wife who’s making more than he does), it’s still very funny with some terrific verbal and physical slapstick courtesy of Day. Laugh out loud moments include Garner driving in the pool he didn’t know he had and Day fumbling her way through her first live commercial. Reiner was at a career peak here, with this coming in the midst of his successful run as creator and writer of The Dick Van Dyke Show (1961-66).

The Americanization of Emily (1964) Although set in England during WWII, this one has a very sixties sensibility in both it’s anti-war theme and in the way it’s two leading characters are depicted as a little less heroic than those in a traditional WWII film. It tells the story of an American naval officer (James Garner) who’s primary job is to make sure his commanders get everything they want – but then is challenged when he falls in love with a pragmatic English woman and then sent on a dangerous mission just for the publicity it will generate. This is probably Garner’s best film performance – charming, honest, sexy and cynical. He didn’t get a lot of great opportunities like this. He’s well matched by co-star Julie Andrews in her second film – it’s a very different role for Andrews (sandwiched between Mary Poppins and The Sound of Music) and she’s great. They have a terrific script from Paddy Chayefsky that’s a perfect balance of satire and screwball comedy.

Dr. Strangelove or: How I Learned to Stop Worrying and Love the Bomb (1964) The second great anti-war comedy from 1964 and one that usually is near the top when listing Stanley Kubrick’s best films. Set during the height of the Cold War between the United States and the Soviet Union, it’s still a very timely story of what happens when a nuclear attack is ordered by one deranged individual – and then everyone else tries to stop it. Making that plot into an absurdist comedy was a pretty big deal at this point and the writer and director don’t spare anyone. George C. Scott, Sterling Hayden, Keenan Wynn and Slim Pickens head a strong cast, but it’s Peter Sellers who walks away with the film as three different characters: the President of the United States, a British airs force officer and a nuclear expert (Dr. Strangelove). This is Sellers – and Kubrick – at their best. Part parody and part legit western, Cat Ballou is one of the bright spots of 1965 movie releases and the movie that finally put Jane Fonda front and centre and she’s perfect. It’s a wonderfully funny, fast paced and affectionate look at the dying west. Fonda starts out all prim and proper, but is eventually radicalized and leads a misfit gang to avenge the death of her father over a land dispute. Chief among the misfit gang is Lee Marvin playing two roles – a ruthless gunman and his drunken brother. It’s a very funny performance that surprisingly won Marvin a best actor Oscar, for what is actually a supporting role. Still, its great work. Also adding to the fun are Nat King Cole and Stubby Kaye as a pseudo Greek chorus commenting musically on all the action. A quirky comedy from England with a basically unknown cast (except for James Mason in a supporting role) and a terrifically catchy title song became one of the surprise hits of 1966. It’s the story of a young, gangly woman in swinging London who finds herself attracted to the boyfriend of her roommate, while being pursued by her father’s older (and rich) employer. Running the gamut from farce to working class realism, this one is a treat from start to finish. It perfectly captures that brief period when London was the trendiest spot on the planet and Lynn Redgrave (in her first lead role) is wonderful as Georgy – blunt, awkward, funny and totally endearing. James Mason and Alan Bates are also very good as the men in her life. One of the great films of the era and another huge step forward in screen comedy. It’s a beautifully filmed look at the alienation of the boomer generation from their parents, values and mores. Director Mike Nichols hit another home run with his second feature after Who’s Afraid of Virginia Woolf? (1966) and it was one of the biggest hits of all time. It’s adult, funny, satirical and it touched a cord with movie goers of multiple generations. Dustin Hoffman’s Benjamin and Katharine Ross’ Elaine were every kid not sure what to do after graduation. Anne Bancroft’s Mrs. Robinson was every middle-aged woman who was bored with her husband, her life and looking for more. Augmented with an era-defining soundtrack of Simon and Garfunkel songs, The Graduate is very near perfection. Nichols spent a lot of time finding the right cast. He initially was looking to go the blonde, tanned Californian route with Robert Redford as Benjamin, Candice Bergen as Elaine and Doris Day as Mrs. Robinson. Mel Brooks’ first film is one of his best loved. I don’t think it’s on par with his 1974 double whammy of Blazing Saddles and Young Frankenstein, but there is no denying that it’s one of the funniest and most outrageous films of the decade. A perfectly cast Zero Mostel and Gene Wilder (Oscar nominated) lead the cast of crazies as two would-be producers who scheme to raise more funds than they need for a musical so bad that it’s certain to flop – and then they get the windfall. Of course, the musical – “Springtime for Hitler” – turns out to be a hit. This is the film that set the template for Brooks for the rest of his film career – a crazy plot, great cast, and jokes that come fast and furious. If one doesn’t work, don’t worry another one is coming soon. Brooks was never a truly inventive director, but he knows how to keep things moving. 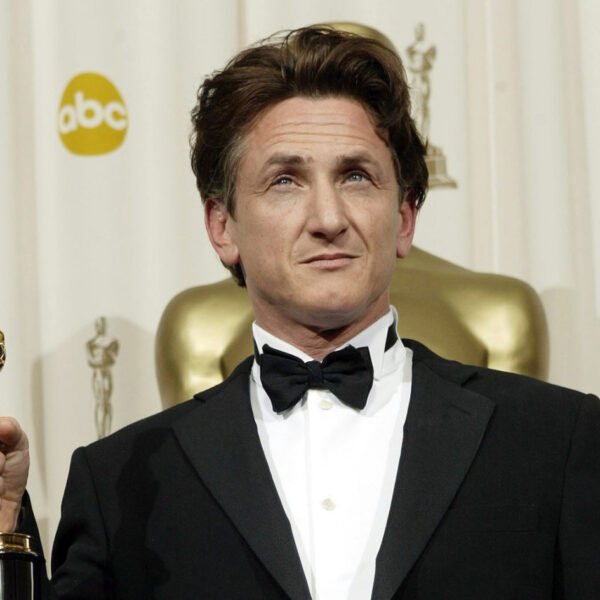 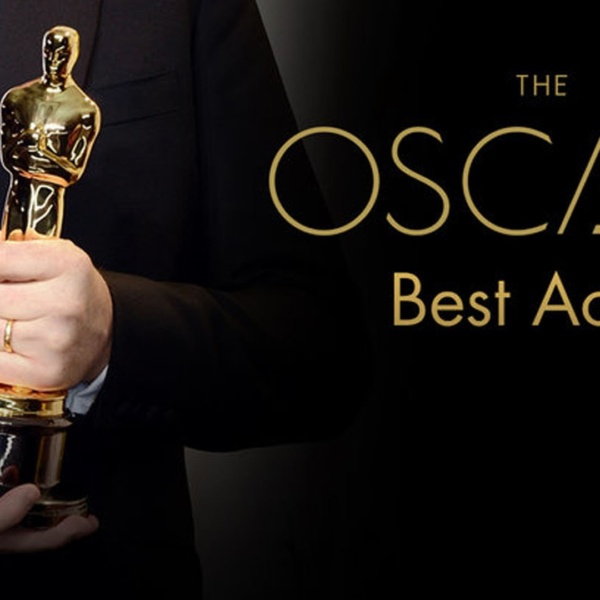