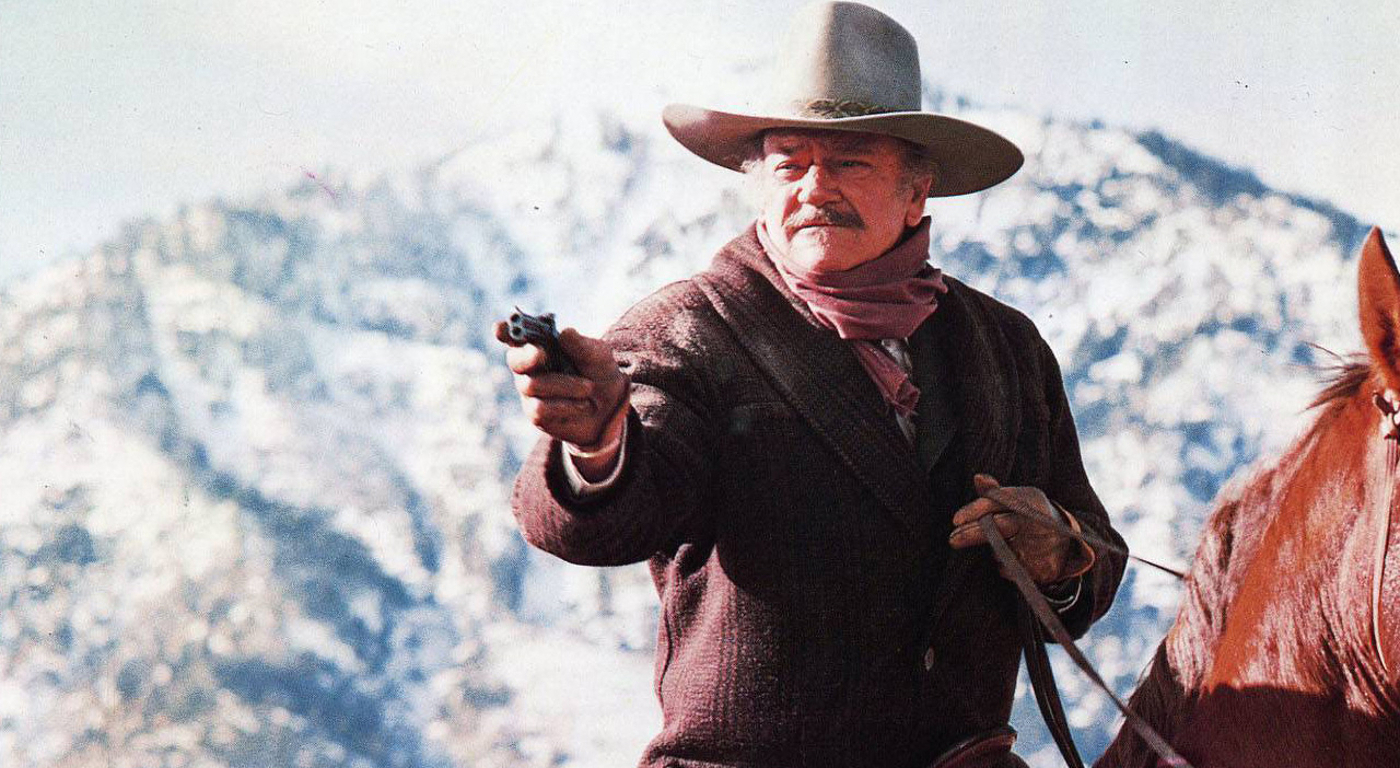 Ironically the last time John Wayne was on screen he portrayed a gunfighter dying of cancer while he himself was being ravaged by the disease. Co-stars Ron Howard and James Stewart watched as Wayne gulped oxygen between takes, struggled with any physical scenes, and argued in the early stages with director Don Siegel. Angry and cranky by what the disease was doing to him until the director stood up to him, refusing to be bullied by the older star. At that moment, Wayne was won over, respecting the director for the rest of the shoot. Those who worked on the film have stated it was a sometimes troubled set, given the impact of the disease on the actor, all championing the courage Wayne displayed in making the film. Yet the tone of the film would be perfect, an autumnal feel to it as audiences watched the legendary Duke give his last and one of his very best performances. By all accounts the shoot took a lot out of the actor, an oxygen tank waiting close by when he was finished his take. As Books was struggling on-screen to live, so was Wayne struggling to give what he must have known was his last performance. The irony, and sense of grand tragedy that he portrayed a man dying of cancer when he too was was lost on no one.

How good was he in this film? Oscar good, as good as he had ever been with the exception of The Searchers (1956), his finest performance. There was something haunting, deeply melancholy about the performance and the film, even in the work of Lauren Bacall who comes to like the old gunfighter very much knowing he is going to die, very soon.

Well cast as John Bernard Books, a legendary gunfighter, he comes to town to see a doctor he trusts portrayed by James Stewart, who announces to him what he already knows, he has advanced cancer in his rectum and prostate.  The old doctor explains what is coming to Books, how the disease will ravage his body and leave him blind with pain. Books decides he will die in this town, and takes a room in a local boarding house owned by a lonely widow, portrayed by Lauren Bacall. Only her son Gillom will know who he is, discovered as he and the local livery owner find his name burned under the saddle. Yet word spreads through the town that a legend is among them, bringing out the local amateurs, hoping for a shot at Books, and the history books before he dies. The old man, even in his state is still fast with a gun and shoots dead two men who come to his room late one night with intent to kill him.

As the disease progresses quickly, Books begins to realize he does not wish to die a death the good doctor described, and moves to set up a gunfight in the town.

“I am a dying man….afraid of the dark,” he says to Mrs. Rogers with regret, his eyes filled with pain, and sadness of what is coming. Having spent his life taking care of himself he now relies on her help to get out of the bathtub, a fate humiliating to him, helping to make him aware much worse is coming. Cancer at this time in history was a death sentence, with only laudanum as a pain killer and eventually, it would become useless as the magnitude of the pain increased to inhuman levels.

Taking charge of his own destiny seems to give the gunfighter some peace of mind and the days count down to the final day, where he will do battle with three other gunmen in the saloon, hoping one of them manages to put a bullet in him and end his suffering. At least two of them need killing, each an angry man far too quick to kill anyone who protests anything they might do.

Through the course of his extraordinary career, Wayne was nominated for just two Academy Awards for Best Actor, winning in 1969 for True Grit (1969) and nominated 20 years before for Sands of Iwo Jima (1949). He should have won much earlier, for his seething Ethan Edwards in The Searchers (1956) with further nominations in Red River (1948), The Quiet Man (1952), Rio Bravo (1959) and for this often heartbreaking saga. He does some of the finest, most intimate and vulnerable work of his career as Books, showing courage but also muted fear for what lies ahead for him. Paramount Pictures dropped the ball entirely on the release of the picture, tossing it out in the summer against the blockbusters and giving it virtually no major promotion. Despite rave reviews for Wayne and the film, it did not find the audience it so deserved. In many major cities, the only place it could be seen was at a local drive-in.

Lauren Bacall gave a lovely performance as Mrs. Rogers while Ron Howard shone as her wayward son Gillom. Stewart had a nice cameo as the doctor, while Harry Morgan was terrific as the Marshall thrilled Books is on his way out, so to speak. Each character in the film seems perfectly at home in the west, though set in 1901 it was a west rapidly becoming civilized.

1976 represented the last year that westerns would be made in abundance by the studios. In addition to The Shootist (1976), we had Clint Eastwood’s breakthrough as a director in The Outlaw Josey Wales (1976), the pairing of Marlon Brando with Jack Nicholson in The Missouri Breaks (1976), and the strange Robert Altman film Buffalo Bill and the Indians (1976). In four years Michael Cimino would make Heaven’s Gate (1980) a box office and critical disaster and end the production of the genre for many years.

Wayne has been gone 40 years now, having died in June 1979 of the same cancer he was fighting when he made this film. Incredibly generations that have followed are aware of who he is, though they may not recognize the depth of his talents. True he had limitations as an actor, you would never catch Wayne doing Chekov or Shakespeare no more than you would find Olivier in a western. What he did he did better than anyone, plain and simple, and his work was always deceptive in its simplicity. As he listened, which he believed great acting was all about, you can see him determining what he is going to say or if he is going to say anything. His acting was the best kind as it refected life. 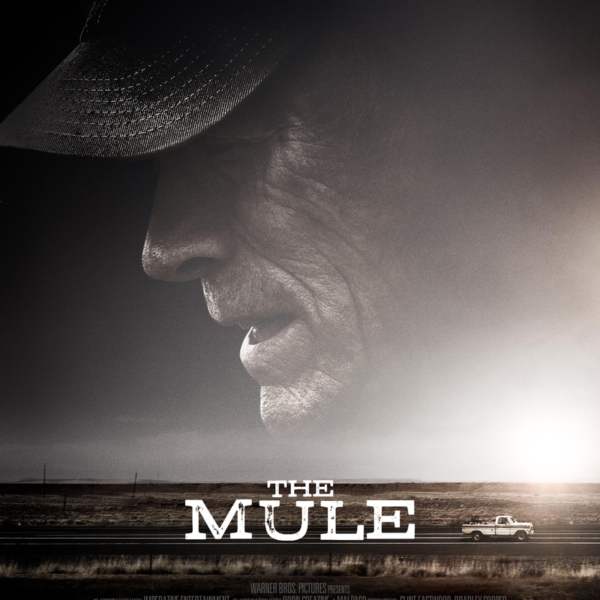