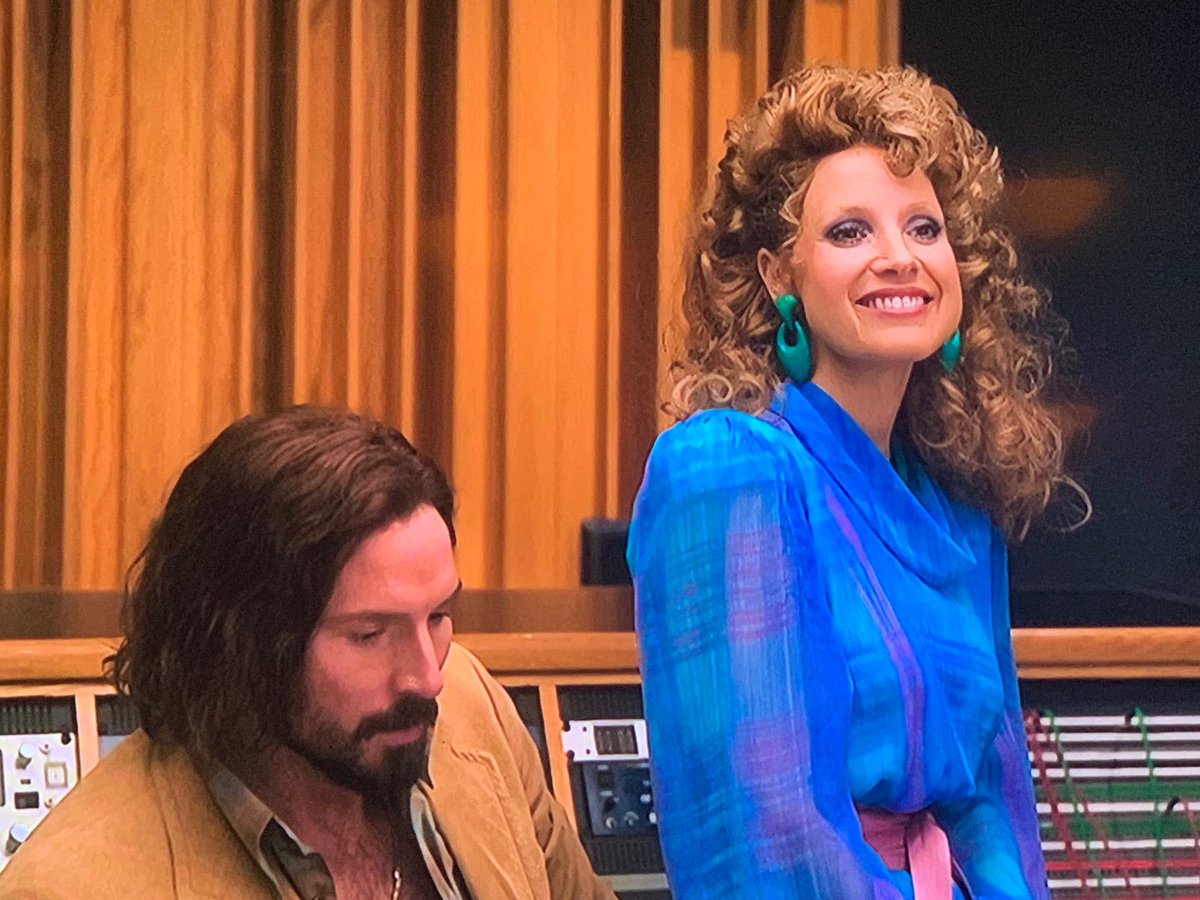 Could Frances McDormand make history and tie Katherine Hepburn with her fourth Academy Award for Best Actress this year? Yes, she could, but should she? For my money, the only actress deserving of four or more Oscars is Meryl Streep, and she sits stalled at two for Best Actress and a single win for Best Supporting Actress. Streep should have won Best Actress awards for Out of Africa (1985), A Cry in the Dark (1988), and Julie and Julia (2009) with an additional supporting award for Adaptation (2002) to add to her trophies for  Sophie’s Choice (1982), the greatest film performance ever given, Kramer vs. Kramer (1979) and The Iron Lady (2011), the last one clearly a sentimental award. However, McDormand could win her fourth for The Tragedy of Macbeth, but I think after last year, the Academy might be tiring of her. I know I am.

Lady Gaga is back and watch her silence the fools who claimed A Star is Born was a fluke. Can Emma Stone parlay a superb performance as a Disney villain into an Oscar nomination? I hope so. Jennifer Hudson won an Oscar for her film debut in Dreamgirls (2006) and might just win again this year for Respect, the Aretha Franklin story, whose release was delayed by COVID.

Like the Best Actor category, we will see many past winners and nominees, but even more newcomers.

JESSICA CHASTAIN IN THE EYES OF TAMMY FAYE – As Tammy Faye Baker, one half of the corrupt evangelical couple who bilked obscene amounts from their millions of followers, expect a world class performance from Chastain because that is what we always get from her. She deserved to win for Zero Dark Thirty (2012) and should have been nominated for both Miss Sloane (2016) and Molly’s Game (2017). I doubt they will miss her this time. She could be the heir apparent to Streep; she certainly has the gifts to be such.

LADY GAGA IN HOUSE OF GUCCI – Lady Gaga has followed her stunning debut in A Star is Born (2018) with what is said to be a superb performance in Ridley Scott’s latest. As the wife, the scheming demon behind the murder of the grandson of Gucci, she is said to be worthy of the Oscar. Great! I love it when this kind of talent comes out unexpected in every way. Good for Gaga.

FRANCES MCDORMAND IN THE TRAGEDY OF MACBETH – A formidable actress in one of Shakespeare’s most diabolical roles, Lady Macbeth, I expect nothing less than brilliance from McDormand. And we can expect sparks to fly between her and Denzel Washington as Macbeth. Though a nomination is highly likely, no way she wins a fourth, despite being a  superbly gifted actress in the right role, which this one should be.

CATE BLANCHETT IN NIGHTMARE ALLEY – Originally cast in the Lucille Ball film before backing out, leaving the role for Nicole Kidman, Blanchett could land in the race for her work as a twisted criminal in Guillermo del Toro’s first film since Oscar glory with The Shape of Water. Already a two-time winner, once for supporting in The Aviator (2004), again for Best Actress in Blue Jasmine (2013), she could make it three. Blanchett seems unlimited in range. Remember her as Bob Dylan in I’m Not There (2007)?

EMMA STONE IN CRUELLA – As the colourful character Cruella Deville, Stone becomes that spot-loving maniac. She delivers a performance far better than it has any right to be. Glorious to watch, Stone has effortlessly become one of the finest actresses of her generation. No one does nasty comedy like she does.

JENNIFER HUDSON IN RESPECT – After winning the Oscar for supporting actress in Dreamgirls (2006), she had the misfortune to be part of Cats (2019), though she did knock the song “Memory” out of the park. No one doubts her talent, but can she pull off the iconic role of Aretha Franklin? I think so, and I think she might be standing holding an Oscar next year.

KRISTEN STEWART IN SPENCER – Like many others, I snickered out loud when I heard Kristen Stewart was cast as Lady Diana Spencer. But Stewart’s work the last few years has evolved, and she is a formidable actress who continues to grow and improve with each performance. She might just pull this off. I know I am rooting for her, and I think she just might bring Diana to vivid life. The sometimes ridiculed, shy actress has proven in her in her last few films that she is beyond gifted.

HALEY BENNETT IN CYRANO – The subject of the affections of two men in Cyrano, Bennett could very well be the big surprise of the year. It seems to me anyone acting with the sublime Peter Dinklage is somehow elevated, and here Bennett has the good fortune to have him cast as her Cyrano.

JENNIFER LAWRENCE IN DON’T LOOK UP – A meteor is headed for earth, big enough to make it an extinction-level event and she and Leonardo DiCaprio are the two goofy scientists left to tell the world. A vicious black comedy, the thing Adam McKay does best, in a star-studded film, Lawrence could once again shine as she did early in her career when Oscar loved her.

RACHEL ZEGLER IN WEST SIDE STORY – A newcomer, but sometimes Oscar smiles on a rookie and honours them with a nomination. Miss Zegler has the female lead in Steven Spielberg’s remake of the famed musical that won 10 Academy Awards the first time in 1961. If she is reasonably good, expect a nomination, but if the film is criticized in any way, forget it. Spielberg has been very quiet about the film, causing all kinds of excitement.

VERA FERMIGA IN THE MANY SAINTS OF NEWARK – A superb actress in a huge, iconic role from HBO’s The Sopranos, Fermiga has the goods to land herself in the race, whether any of the men in the film do or not. As the dangerous, treacherous Livia Soprano, the matriarch of the crime family in the ‘60s (it is a prequel to the TV show), the trailer looks promising and she looks fantastic. An exciting actress who deserves far more attention and this could be it.

NICOLE KIDMAN IN BEING THE RICARDOS – I am among those who think this is ridiculous casting. Kidman should not have been cast as Lucille Ball. Does she strike you as funny, like Lucy was? Slapstick, over the top? Me neither, and she will no doubt be recreating some of the funniest scenes from that original program that delighted viewers and made Lucille a superstar. Amy Adams, yes. Jessica Chastain, yes. Kidman, we will see. If she is great, which she indeed might be, I will never again criticize her work.

JUDI DENCH IN BELFAST – Kenneth Branagh’s important film about the strife in Belfast will produce some major nominations if it is remotely good. One could be for Judi Dench, who needs something great after Cats, anything to wipe that kitty litter film from her resume. Could be this, though she might be campaigned as supporting.

ANYA TAYLOR-JOY IN LAST NIGHT IN SOHO – Flying high on the success of her HBO chess drama The Queen’s Gambit, Taylor-Joy is a luminous actress who lights up any film she is in with her often dark magic. So, so great in The Witch (2015), she has evolved into a brilliant actress and could do exceptional work in this strange film. She dominates the trailer with her slowed-down rendition of “Downtown” and appears ghostly. Yah, a little in love with her.

MARGOT ROBBIE IN CANTERBURY GLASS – Though the title will likely change, this is the new film from David O. Russell the hot-headed director of Three Kings (1999), The Fighter (2010) and Silver Linings Playbook (2012). Having proven herself an exceptional actress in The Wolf of Wall Street (2013), especially I, Tonya (2017) and pure charisma as Harley Quinn in that DC franchise, Robbie must be in any discussion about the Oscars. She was downright haunting in Once Upon a Time in Hollywood (2019) without saying more than 50 words. Little is known about this one, but Russell directs gold.

OLIVIA COLMAN IN THE LOST DAUGHTER – The surprise—but deserving—Best Actress winner of 2018, Colman has become one of the most visible actresses in the business. So great last year in The Father (2020) she could again jump into the race in this film. The title says it all. Still looking for distribution, the producers hope to have the film out by the end of December, if not, it moves to next year. 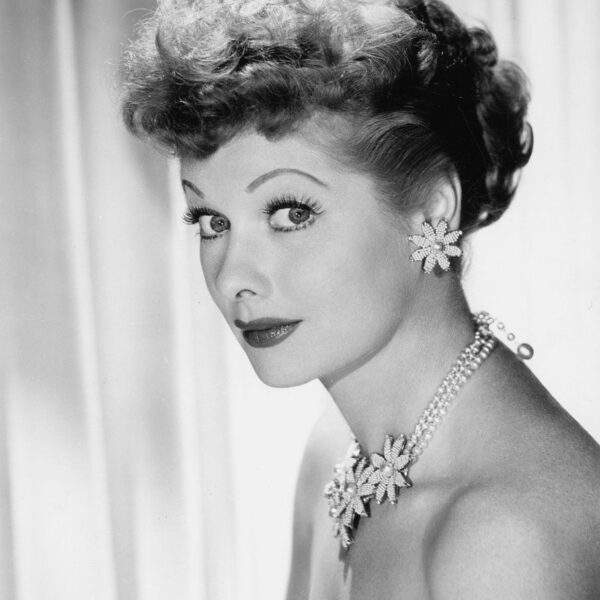 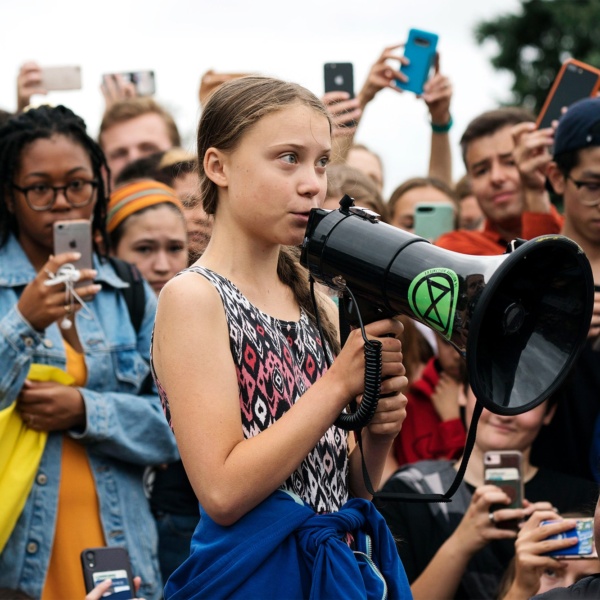