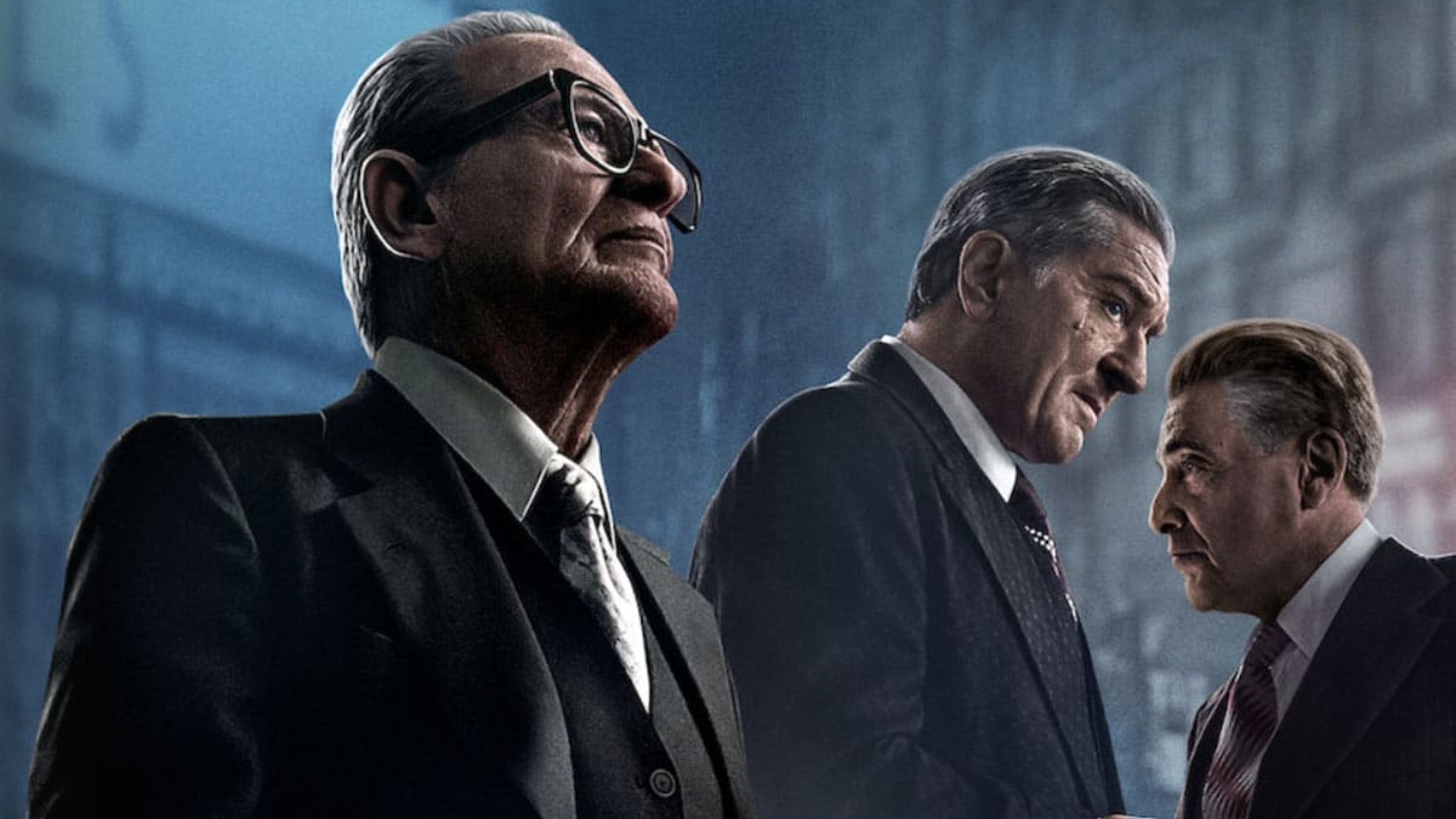 Getting one’s hopes up in anticipation of a film release can be dangerous. Building the hype too much can make the experience of finally viewing the film underwhelming. Despite my devoted and pure love of all things geeky, Avengers: Endgame (2019) only made it to the second spot on my list of most anticipated films of 2019; and that was a film I had essentially built up a decade’s worth of excitement for. Luckily, it delivered.

Coincidentally, the film that took the top spot on my list for 2019 is one I had ALSO built up a decade’s worth of excitement for — Martin Scorsese’s The Irishman (2019). The ensemble crime epic featuring an all-star cast of legends in the genre, one might even say that The Irishman is the Avengers of crime films. Indeed, Robert De Niro, Al Pacino, and Joe Pesci have become iconic, near superhero-like figures in this corner of cinema. Despite all the connections I’m making here, I won’t be commenting on Scorsese’s remarks about Marvel films or the reactions they’ve received. That conversation never really interested me and has been done to death. I’m just a huge fan of all of it; Scorsese and Marvel.

Released in select theatres on November 1st, The Irishman received a detailed analysis from John at the beginning of the month. Now, 26 days later, the film is available for streaming on Netflix. I waited all those years, I wasn’t willing to wait until the streaming release.

At the beginning of the year, I had hopes that The Irishman would be screened at TIFF but that was not meant to be. However, it seemed fitting on November 8th when I walked into the Bell Lightbox in downtown Toronto to finally view Scorsese’s epic. Although now available for streaming, this was a film I knew deserved the theatre experience.

I sat in the very back row, wishing to have the film and the audience there for me to see and experience. Based on Charles Brandt’s 2004 book I Heard You Paint Houses: Frank “The Irishman” Sheeran and Closing the Case on Jimmy Hoffa, The Irishman tells the story of Frank Sheeran (De Niro), from his days as a soldier in WWII to his meeting Russell Bufalino (Pesci) and eventual friendship with Teamsters Union President Jimmy Hoffa (Pacino).

For those not in the know, “I heard you paint houses” is mob slang for “I understand you’re a contract killer” and the book’s titular metaphor was allegedly the first thing Jimmy Hoffa ever said to Frank Sheeran during their inaugural phone conversation.

Post-production on the film took approximately two years to complete due to the (now infamous) techniques used to “de-age” the main cast who are all in their seventies. The narrative takes place over several decades and for earlier parts of the film, CGI is used on De Niro and to lesser extents, Pesci and Pacino. The result is a mesmerizing paradox in the fact that it absolutely works and is striking in its realism; while at the same time not being accurate in the sense that young Frank Sheeran looks quite different than young Robert De Niro. The effect is not a time machine. The Robert De Niro of the 1970s is not what we get here. Rather, we get an absolutely believable “young” version of the Robert De Niro we recognize today. If you had never seen Robert De Niro until 2019, the de-aged version we see in the film is completely believable. Just as when these actors were younger and put under makeup to age them upwards, they did not look like the real older versions they are now. The same goes for the other way. It’s fascinating and again, a paradox; almost as if these younger versions existed in an alternate timeline or parallel universe. Frank Sheeran was a hulking brute of a man standing six feet four inches. There is a bulkiness to the younger Sheeran here that works perfectly for this character but does not look like the lean and trim De Niro of yesteryear. This does not look like old footage of the actors. They are reborn as young men and the final effect is virtually seamless. Some of their movements are not the lithest and most youthful, and the larger noses and ears of the actors (that naturally come with age) will stand out to those attentively looking for those seams. However, to say this is just nitpicking is an understatement. What is happening on screen is far too well orchestrated to dock any real points for these ultimately brilliant digital effects.

Robert De Niro returns to true form as Frank Sheeran, portraying the man from his youth to the twilight of his life with brilliance and thoughtful intent, making it one of his most raw and visceral performances. Despite his legendary status as an Italian-American icon (and being surrounded by mafioso), De Niro’s Irishman is distinctly that; an Irishman. Frank is a blue-collar worker thrust into the world of “downtown” where he makes a good earning for himself. There is something definitively not Italian about Sheeran in this world, something De Niro portrays to perfection. Gone are any of the cliche or expected wise guy traits that we all thought were intrinsic to the actor. Frank is loved and embraced by the Italian mob but he stands apart as not truly one of them. I’m not sure I can even figure out how De Niro pulls this off but it goes far deeper than just blue contact lenses (be they practical or digital). Sheeran has a naivety and a (dare I say) innocence to him. It stands as a testament that regardless of who may have doubted De Niro, the actor still has brilliance in him. A Best Actor nomination at the Oscars would be welcome and deserved.

It seems beyond strange that The Irishman marks the first collaboration between Martin Scorsese and Al Pacino; like one of those facts that fundamentally seems hard to believe. The result is a towering performance by a larger-than-life performer (even playing the small-statured Hoffa). Pacino has become known for his bellowing and abrasive penchant for screaming and it couldn’t possibly be more fitting for a role than it is with Jimmy Hoffa; a bombastic speaker, calculating manipulator and relentless bully. Hoffa stands atop of a mountain of charisma that towers over the foundation that is his ego. Believing himself to be above others and ultimately untouchable, Hoffa (like Icarus) flies too close to the sun and we constantly feel the burn that is looming on the horizon. Pacino (like De Niro) can comfortably silence naysayers who would have you believe he is long over-the-hill, delivering a scene-stealing performance that is as powerful as it is hilarious. Make no mistake, for all the weight and drama that comes with this tragic story, there is humour in spades. Hoffa’s first on-screen rant to an office full of underlings had much of the audience in stitches as the powerful union leader musters every fibre of his being just to prevent his head from exploding and his ears hissing like a teapot. Even with all of the pitch-perfect yelling, Pacino delivers the goods in quiet and contemplative moments with his friend, the Irishman. Though oblivious to the freight train that is headed toward him, Hoffa’s charm is everpresent. At first, he will make you laugh before slowly making you cringe, wishing you could slap some sense into the man. A brilliant performance that is a clear front-runner for the Best Supporting Actor Oscar. The long-awaited union of Scorsese and Pacino is a total victory, satisfying and on-point.

Joe Pesci, comfortably retired, allegedly turned down the offer to play Russell Bufalino up to fifty times before Scorsese finally convinced him to appear in the film. While De Niro and Pacino play around comfortably in their respective wheelhouse, Joe Pesci does something remarkable here playing against type. In Goodfellas (1990), Pesci played Tommy DeVito, a complete loose cannon, a cowboy. Likewise, with his role in Casino (1995), Pesci was very comfortable in the role of a psycho killer, a man with (as John so aptly put it) no regard for human life. Here, Pesci operates at the other end of the spectrum. Bufalino is a soft-spoken and thoughtful man, the type of mafioso who sticks to a code. He does not take joy in unnecessary violence. Abhorring barbaric mobsters who would orchestrate hits on men to take place in front of their families. He is a dangerous man who has to give orders to kill, but he does so with a calm demeanor, only doing what needs to be done.

Comedian Ray Romano appears as Bill Bufalino, long-time attorney for Sheeran, Hoffa and his “cousin” Russell (the film portrays the two Bufalinos as real cousins but the book clarifies that they actually shared no relation). Romano brings a good amount of the film’s substantial humour in his scenes defending his clients. Romano fits right in with the gang. A solid piece of casting.

British actor Stephen Graham has followed in the tradition laid out by the late Bob Hoskins in the sense that along with his impressive credits in the UK, he has developed a talent for playing American criminals and tough guys. Having previously portrayed Baby Face Nelson in Public Enemies (2009) and Al Capone on Boardwalk Empire, Graham is evidently comfortable in the role of Anthony “Tony Pro” Provenzano, a teamster, associate and later rival of Jimmy Hoffa. Graham and Pacino have some truly great, funny scenes together, bickering like a couple of kids on the playground. Their hatred for one another plays a substantial part in the film’s plot and Hoffa’s eventual fate.

Oscar-winner Anna Paquin plays Frank Sheeran’s daughter Peggy as an adult and while she barely says two words during the film, her presence is an important one. Sheeran admitted that his daughter could read him like a book and her reactions to her father’s relationships, reputation and personality create an ever-present shadow that looms over Frank as he sacrifices his family life for his “work”. Lucy Gallina is equally good as the younger version of Peggy, a girl who is consistently weary of her “Uncle” Russell because she knows who he is. Despite Russell’s kindness towards Peggy, she never warms up to him. In stark contrast, Peggy becomes very close and affectionate with Hoffa, someone who she views as an honest man.

Comedian Sebastian Maniscalco has a small role as mobster “Crazy” Joe Gallo. Having appeared in last year’s Best Picture winner Green Book (2018), Maniscalco could find himself in a Best Picture-winning film two years running as The Irishman is no doubt a top contender for the prize.

Rounding out the spectacular ensemble cast, Harvey Keitel has a small role as mob boss Angelo Bruno, a powerful man who is close to Russell and eventually, Frank himself. Like Buffalo, Bruno is a calm and collected monster, known colloquially as the “Gentle Don”. Scorsese’s all-star cast is an added win for this already sprawling epic.

Certainly a contender for many of the major Academy Awards, The Irishman is one of the best films of the year and proof that Martin Scorsese is still at the top of his game even at this later stage in his career.

Watch it… then see it again. 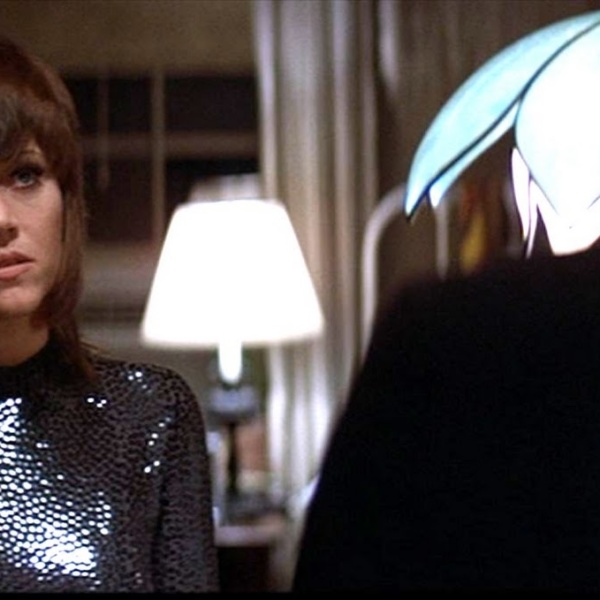 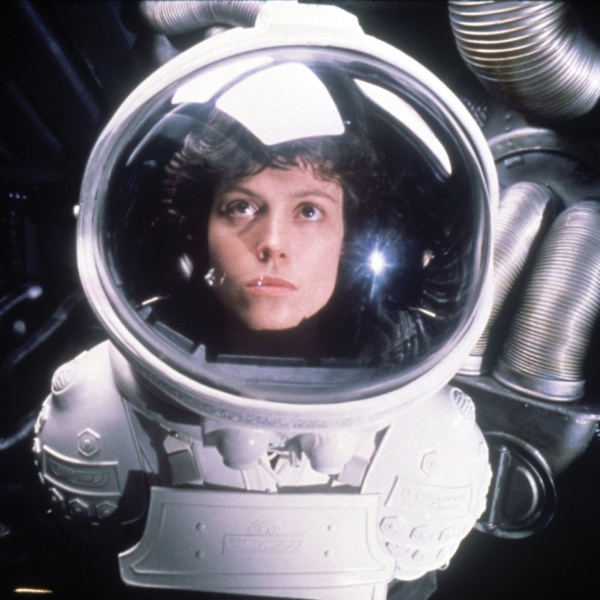