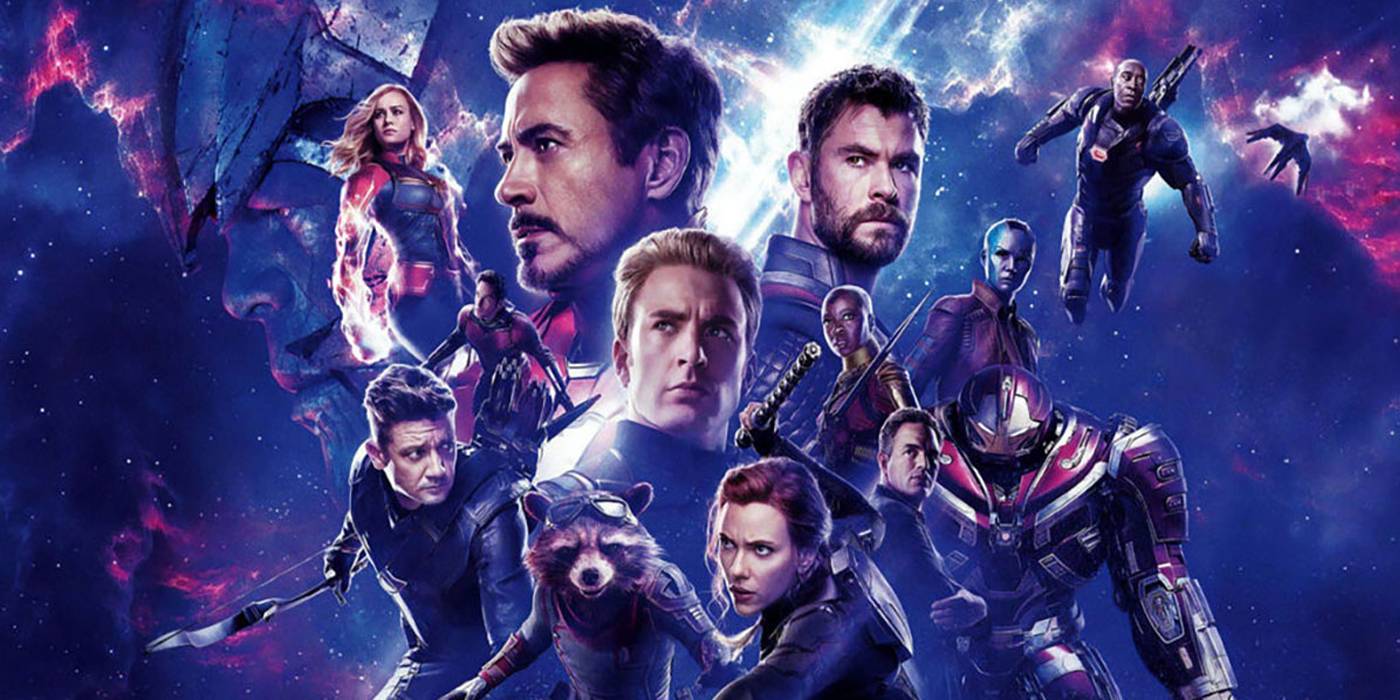 There were a lot of promises to deliver upon with the 22nd installment of the Marvel Cinematic Universe. Having left the theatre less than half an hour ago, I can say confidently that Avengers: Endgame delivers on all of them. While I did not get everything I wanted to see in the film, I certainly didn’t walk away feeling any disappointment.

Seeing as how the entire movie is essentially one giant spoiler, I will be sparse on plot details. The world is feeling the aftermath of Thanos’ decimation (the “snap”) from the end of Avengers: Infinity War (2018). The remnants of the Avengers still cling to the past, trying desperately to figure out a way to reverse what Thanos had wrought.

Marvel Studios has always tried to focus on a “character first” approach with their films. Unlike many classical entries in the genre, the aim was never to have the suit outshine the character. While Endgame certainly doesn’t lack anything in terms of spectacle, the majority of the film’s first half-hour-plus is all about the emotional weight of the lives and decisions that come with Avenging; dealing with the fallout of loss and the struggle to move on. Much of the film’s opening minutes are spent with characters simply exchanging dialogue, no suits or special effects. Surely enough, the best scene in all of Captain America: Civil War (2016) featured Robert Downey Jr and Tom Holland sitting on a bed in civilian clothing.

The film lays down a heavy hand on the heavy themes right from the get-go, with tear-jerking scenes appearing early on. Indeed, if this is the type of movie that will make one tear up, it’s not going to take much of the runtime to pass before the waterworks begin.

When it comes to the technical aspects of how the team plans to undo Thanos’ actions are concerned, the film walks a fine line with the suspension of disbelief and by the time the final epic battle ensues, it feels earned.

Having to deal with time travel and the notion of “resurrecting” bygone characters, there are a lot of storytelling pitfalls that Endgame could have fallen victim to. Regardless, the ride is an emotionally-resonant experience and a bombardment of action and spectacle that also manages to be smart and self-aware enough to commit to its premise, contrast the dark and serious tones and themes with genuinely “laugh out loud” comedy (lots of it).

The script is smart enough that we don’t feel cheated with the result and the stakes are as high (if not higher) than they were in Infinity War, making the experience feel like the culminating victory for Marvel Studios that the box-office has already begun to validate.

Is there an abundance of fan-service? Well… Yes.

One could argue that more than half of the film is just that but again, it feels earned. There are genuinely nerdgasm-inspiring moments that brought thunderous applause from the theatre audience. Some of that stuff just awesome for anyone who enjoys blockbuster entertainment or costumed heroes.

The film contains some of the best performances the massive, ensemble cast members have delivered in their respective roles over the years. Robert Downey Jr. arguably gives his finest performance as Tony Stark and Chris Evans’ portrayal of Steve Rogers certainly feels like it has come full circle. Scarlett Johansson’s performance as Natasha Romanoff is the crown jewel of her appearances in the MCU. Hemsworth continues to show his considerable comedic chops as Thor. As Nebula, Karen Gillan steals every scene she is in. Paul Rudd is delightful as always. Bradley Cooper’s talking Raccoon has some priceless interactions with the rest of the team and Jeremy Renner’s absence in Infinity War is made up for with his very personal and gritty character arc. Josh Brolin and Brie Larson appear surprisingly little during the course of the film, but their presence is felt fully when they show up. Mark Ruffalo’s performance as Bruce Banner/The Hulk seems to be the one he’s been longing to give since first signing on to play the character.

It should go without saying that unless one has watched most (if not all) of the previous MCU films, that person is going to be pretty darn lost. The movie isn’t for viewers new to the universe. It’s a massive payoff for those who have been following the films and connecting the dots for these last 11 years.

Many supporting players from the history of the MCU also make unexpected appearances in Endgame, exceeding the wow factor of the Red Skull’s appearance in Infinity War almost ten-fold.

Though the film is three hours long, it doesn’t seem to drag in any discernable, negative way. The opening scenes take care of the emotions handily and there feels like a decent-sized stretch of time at the beginning of the film that is devoid of the stereotypical action set pieces that are the signatures of these films.

However, the emotional stuff pays off on its own and as mentioned above, that epic scenery is as inevitable as Thanos himself.

Delivering some massive punch in the film’s third act. It’s a smorgasbord of superhero style, smashing, and spectacle.

It’s hard to go into too much detail without spoiling any of the major plot points. Perhaps a spoiler-laden review is forthcoming soon. However, it can be said that the film is unlikely to disappoint most fans, if any. All of the key elements are there. All of the loose ends are tied up. It is genuinely powerful in its scope and storytelling, while also being affecting and resonant on a human-scale. It’s a masterclass juggling act and a testament to the art of epic filmmaking.

What else can I say?

They said “Whatever it takes”

They assembled something spectacular.

They went there and pulled it off.

I’ll be thinking about this one for a while. I suspect it will stay with many others long after they have left the theatre. 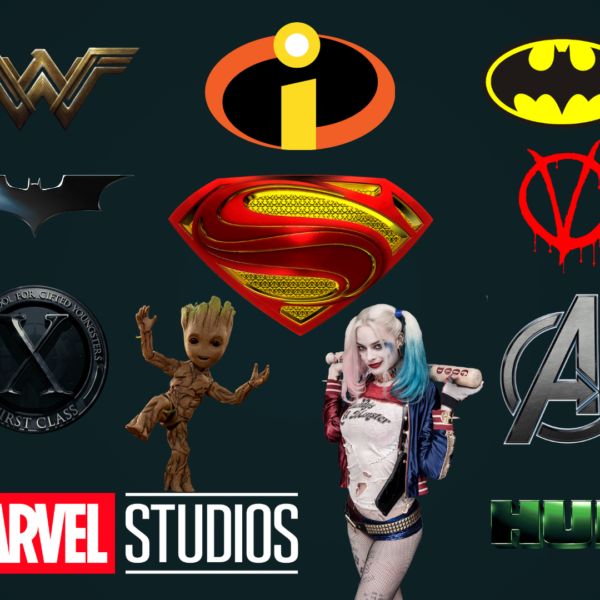 The 10 Best Superhero Movies of All Time 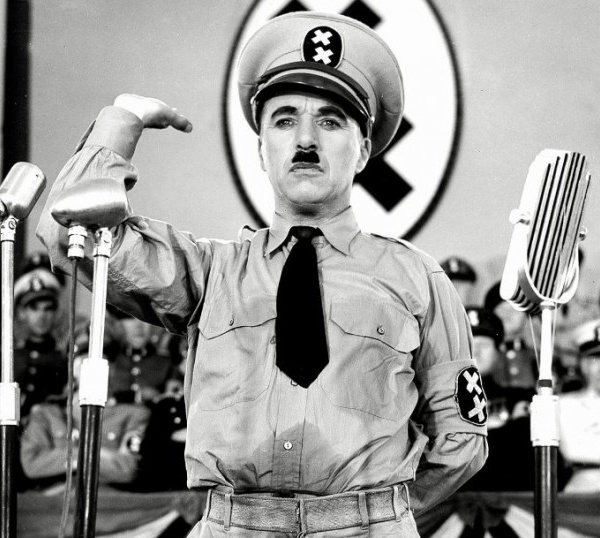