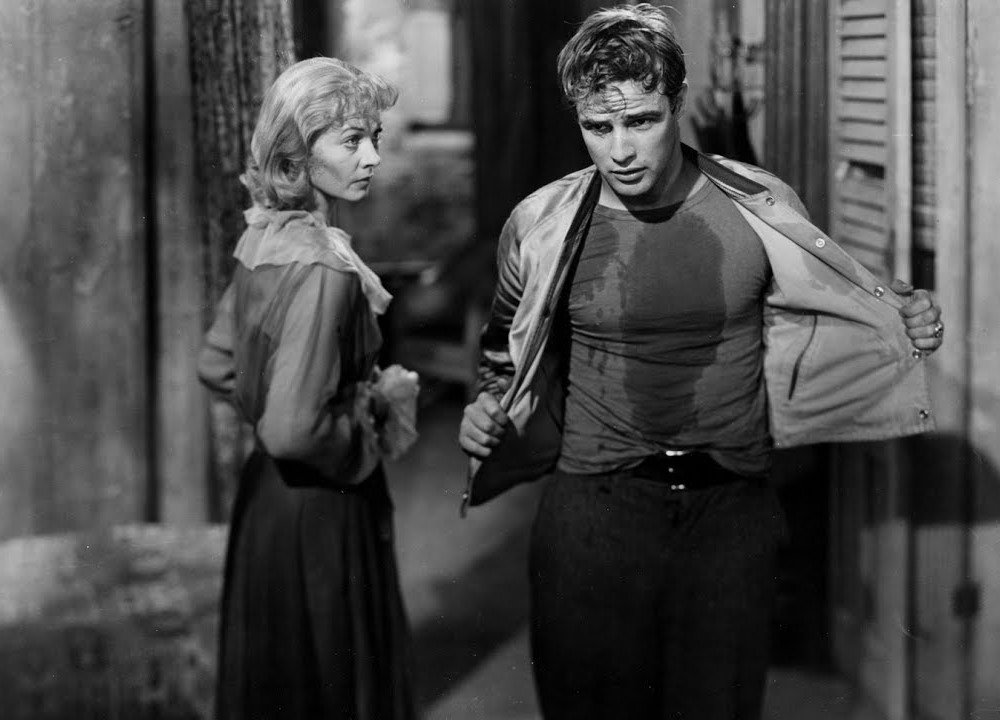 When Tennessee Williams wrote The Glass Menagerie, he drew heavily on his own life, his past and the result was the birth of the neo realistc American theatre. A Streetcar Named Desire would blow the lid off that movement and, together with Arthur Miller’s Death Of a Salesman, make the late forties the most important period in 20th century American theatre.

When The Glass Menagerie (1950) came the screen for the first time, it was but a shadow of what it had been on stage. Death of a Salesman (1951) would suffer from a director filled with self importance in bringing this play to the big screen. He foolishly recast key roles rather than use the original Broadway cast, and it cost the film much of its power.

Elia Kazan had directed the stage version of Death of a Salesman and would have been the perfect choice for directing the film, but he was busy bringing his next Broadway smash to the screen, Tennessee Williams’ masterpiece A Streetcar Named Desire. Without Kazan at the helm, Fredric March replaced the iconic Lee J. Cobb as Willy Logan which hampered the production. Years later they got it right with Dustin Hoffman as Willy.

When A Streetcar Named Desire opened on Broadway in 1947, American acting was forever altered with the astounding performance of Marlon Brando as the brutish Stanley Kowalski. From the moment Brando came onstage, sweaty, stripping off his shirt, prowling the stage like a caged cat, toying with his prey, the frail though sexual Blanche, audiences could not take their eyes off the young actor.

When the decision was made to bring the daring play to the screen, the studio demanded one concession: that Vivian Leigh, who had portrayed Blanche in England, be cast in the film, bumping Jessica Tandy. Though the other actors were angry, they were professional and eventually won over by Leigh, a troubled though gifted actress. The smartest move the studio made was allowing Academy Award-winning director Elia Kazan bring the play he directed to the screen.

Onstage there had been blatant explorations of homosexuality, nymphomania, and rape which the film censors would not permit. But Kazan knew the play so well, his actors intimately and he knew he could bring those elements to the film with running afoul of the delicate censors.

The story is well known. Frail Blanche DuBois (Leigh), a fading southern belle who came from money, arrives in New Orleans to visit her sister Stella (Kim Hunter) now married to a blue collar man, Stanley (Brando). Immediately Blanche disapproves of the apartment Stella and Stanley have, is oppressed by the stifling heat, and puts on airs, which enrages Stanley. He knows, as a predator knows, she is both hiding something and running from her past, thus he begins making inquiries. What he finds is what he expects, Blanche is a liar and a great deal more. He discovers her hunger for younger men, much younger men, but eventually any man will do to quench her thirst for sex.

Like a cat and mouse he and Blanche do a delicate dance until finally alone after Stella has given birth in the hospital, Stanley makes all his accusations and rapes Blanche pushing her over into madness and losing his wife forever. As he screams “Stella”, which had always worked, Stella climbs the stairs, leaving him alone.

Kazan did the impossible, he created a film that should have swept all the major categories at the Academy Awards. Leigh won Best Actress, while Kim Hunter and Karl Malden as Mitch won the Supporting awards. Somehow Brando and Kazan lost their nominations and the film was bested by the ridiculous An American in Paris (1951). In hindsight, the film should have swept the top awards, Picture, Actor, Actress, Director and Supporting Actor and Actress.

The film remains one of the greatest of American films and arguably the greatest adaptation of a play to the screen.

Leigh was magnificent as Blanche, a deeply troubled woman who has suffered far too much in her life and it has crept into her mind. Sex was her escape, but now it is a reminder of what she has lost and when Stanley rapes her, it brings about a full breakdown. One can almost see this being Scarlett O’Hara, whom Leigh portrayed in Gone with the Wind (1939), years after losing Rhett Butler and looking back on her life. However it went much deeper than that. Brando discovered just how truly frail Leigh was and realized that she was both bullied and terrorized by her husband Laurence Olivier, who was banned from the set by Kazan after discovering Olivier giving his wife notes. Under the protection of Brando, guided gently by both he and Kazan, she responded with her greatest performance and one of the screen’s greatest performances. She brilliantly allows us to see both sides of her – the sexual creature she is when she attempts to seduce the paperboy, and the damaged woman Stanley rapes.

Both Kim Hunter and Karl Malden are superb in supporting roles, Hunter as Blanche’s younger sister and Stanley’s wife, while Malden is Mitch, a suitor for Blanche and good friend to Stanley. Each defend Blanche, though neither can deny what Stanley exposes. However, when he brutalizes the poor woman both cast Stanley off.

Brando is beyond electrifying as Stanley, portraying a brutish lout who Blanche brings out the worst in. The first time he meets her, he is considerate, sweet, pleased to meet her, but when she condescends to him, treats him like a commoner, he lashes back, digging into her past. Oddly, they are both sexual animals, which Stanley describes to Stella as “those colored lights” referring to her blinding orgasms. Where they differ is Stanley, despite his brutal manner, is honest, brutally so, and Blanche lies, in escaping her past.

Everything about American acting changed with Brando as all acting suddenly became about being real. What Laurence Olivier had been doing for years, passed off as great acting, became irrelevant and The Method swept the acting world.

Kazan brilliantly found ways around the censors, using the language of the cinema to do so. Watch Stella comes down the steps to Stanley’s screams, she has forgiven him partway down and a look of raw animal lust crosses her face. The screen circles round and round as Stanley hones in on a prone Blanche making clear he was going to rape her. And watch Brando, always scratching himself, giving off a primal animalistic feel that is undeniable to watch. The film remains one of the greatest achievements in film history, and its shadow looms large over any remake or stage production. In every way, it is a masterpiece. 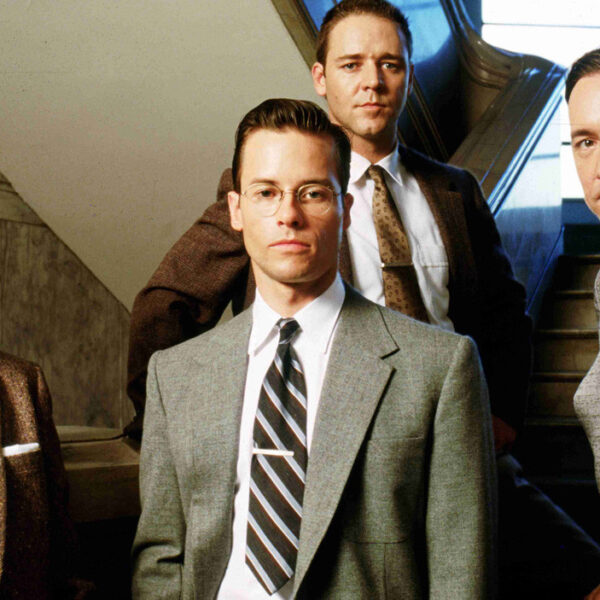 THE GREATEST AMERICAN FILMS OF THE NINETIES: #7 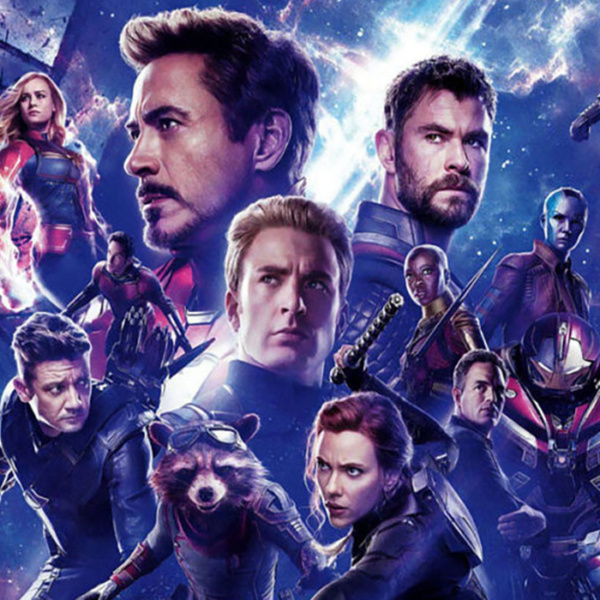