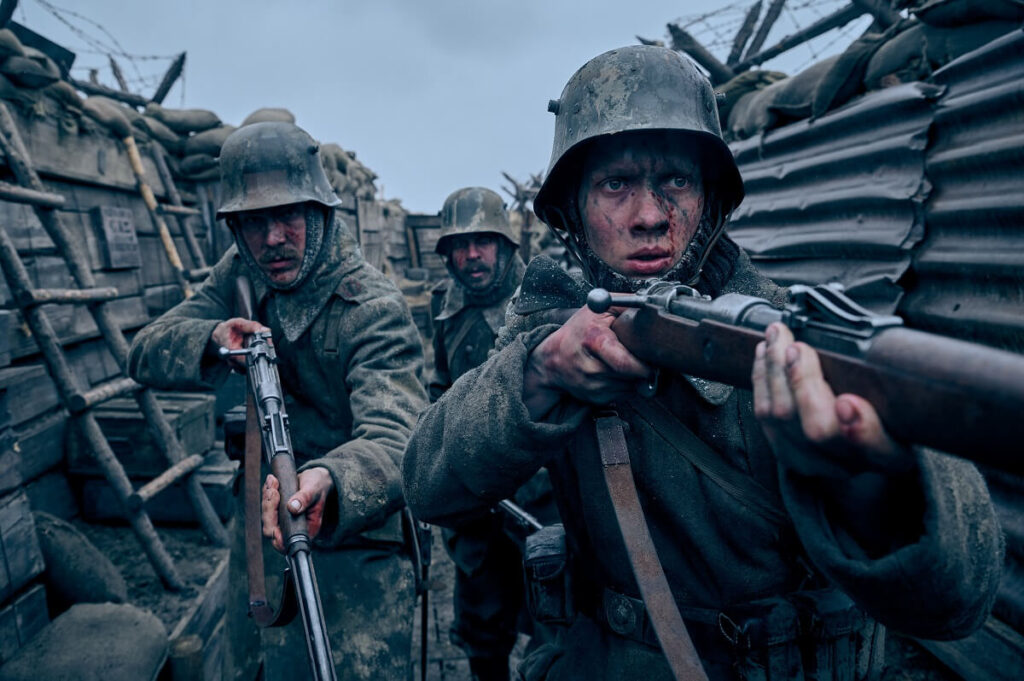 It has been nearly 100 years since the first feature film version of All Quiet on the Western Front came to cinema and won the Academy Award as Best Picture. A superb early piece of filmmaking, before directors had really mastered sound and score, it remains filled with powerful images. A TV remake in 1979 was not bad, but television lacked the scale back then to capture war. This new German version for Netflix is an astonishing picture, capturing the absolute horrors of WWI as no film other than 1917 (2019) has done.

The novel by Remarque was written in 1928 as Hitler was coming to power, buoyed by the agreements signed with France to end the war, but at the same time which allowed Hitler to attain power. People often forget Hitler pulled Germany out of the country’s worst depression in their history.

There have not been many great films made about the First World War, but this is one of them. There is an entire new narrative added to the film, as the Germans try to end the war by signing an agreement with France that seems to drag on as more lives are lost. If the reason for this addition was to explore the shocking futility of war, or to juxtapose the opulence of the rooms and food these men had at their disposal while the soldiers lived in the filth of the trenches, mission accomplished. But I do not think we needed them. Or reminding.

The film, like the book, follows young Paul (Felix Kammerer) into battle and we see how he gets his uniform in a savage prologue. Walking through the battle afterwards, uniforms are cut off the dead, washed, and re-distributed among the new recruits. Germany is nearly broke and new uniforms are just not a luxury they can afford. It is a shocking opening, and one from which the film never lets up. 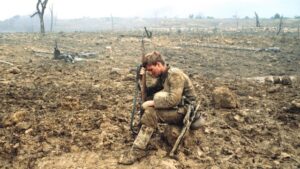 Never before have the trenches been so realistically portrayed as the men live in absolute filth, trying to stay alive. Death surrounds them, and I cannot even fathom the smell of where they were existing.  Dead bodies litter the trenches in various stages of decomposition, blown apart by bombs or torn to pieces by bullets, eyes open never to see again. Mud is everywhere, caking the dead and the living, making the floor of the trenchers treacherous for walking, and blood mingles with the mud, along with God knows whatever other fluids might be on the floor. It is as if hell had burst from the bowels of the earth and littered the trenches.

We see a room of soldiers dead having just removed the gas masks protecting them from the deadly mustard gas, not having given the gas time to clear, and death comes swiftly and sudden as it does in life.

Paul witnesses all this and we see the evolution in the young man who becomes very old right before our eyes. So often portrayed as monsters in war films, the Germans here are very human, terrified, trying to live through each day to the next, aware there could be a sniper close by waiting to take them out.

The production design for the film is superb, recreating the hell of that the countryside was turned into. The savage immediacy and urgency of combat is as realistic as anything else ever put on the screen. Saving Private Ryan (1998) forever altered war films with its realism, and now it often feels like the others to follow have to one up each other with their authenticity. There is some of that within this film to be sure, but never enough to make it feel at all false. In fact, the realism is astounding, and one of the great strengths of the movie.

A couple of scenes stand out, beginning with the startling tank attack. As the rumble moves closer and the German soldiers peer out of the trench, out of the fog come French tanks. They do not stop, they roll over the trenches as though they do not exist, crushing everything in their path, firing when they feel they need too.

The second scene is Paul’s death, which in the book and original film comes when he is reaching for a butterfly. That he could find beauty and life in such brutal hell is astounding to him and as he reaches to touch the insect a sniper gets him. Here he is stabbed from behind in the trench by a French soldier and climbs out to sit in the trenches to die. I think the director missed a chance for a shocking and incendiary sequence. Does it hurt the film? No not at all but having read the book and seen the previous films, I think the reaching for life in the midst of so much death would have made the death of the character more powerful.

The performances are strong all round, not a weak link among them, although the dead eyed farm boy who goes after the two soldiers for stealing eggs is telegraphed early. We know we will see him again and he will do some terrible damage, and he does.

This is Germany’s submission for Best Foreign Language film. 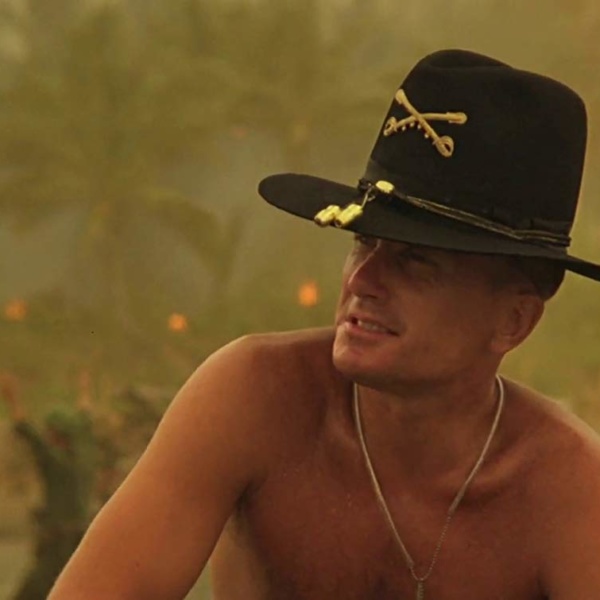