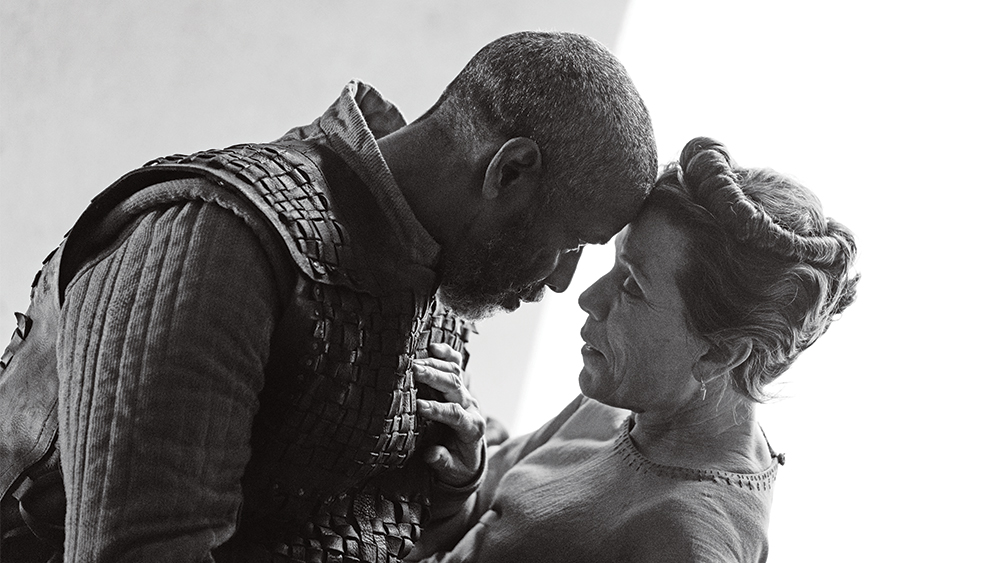 (***) In theatres now. Streaming in January.

Some in the theatre world hold a superstition that to utter the title “Macbeth” or any lines from that play will doom the stage performance. Some actors hold this belief religiously, some do not. I was directing in the 80’s and 90’s and worked with some who would mercilessly thrash anyone who broke this cardinal rule.  I was not much for superstitions, but out of respect and fear, abided.

I love the play Macbeth. It has always been my favourite of Shakespeare’s. I think I have seen 10 stage productions of Macbeth and five of the films directly adapted from the play and one based on the play. The best was onstage years ago with Len Cariou in Toronto, a brash, tortured Macbeth undone by his ambition and Lady Macbeth.

On film, until now, the best would be Macbeth (2015) with Michael Fassbender and the Academy Award winning Marion Cotillard, both superb in their roles. However, the most infamous remains Roman Polanski’s stunning version in 1971 in which the diminutive director seemed to be exorcising his trauma from the murder of his wife Sharon Tate and her friends by the notorious Manson gang. Gruesome in its violence, shocking at the time for the execution of that violence, audiences were both fascinated and repelled by what the filmmaker did with the film. There could be no denying, the Manson killings inspired Polanski with its brutality.

But violence aside, the film is also a superb version of the powerful play, which explores the themes of ambition, guilt, and a descent into madness. The realism with which Polanski shot the film—the frigid air of Scotland, the castles crudely built of rock and dirt, and the muddy land which the men fought in, strode through, and fought for—is ever present.

This new version, shot in shimmering black and white, has moments of majestic beauty in which the foggy moors and landscape of Scotland are magnificently displayed. In addition, the film is bolstered substantially by superb performances from Denzel Washington as Macbeth, and Frances McDormand as the scheming, grasping Lady Macbeth. Washington especially commands the screen with what might be the second finest performance of his career after Malcom X (1992).

In most versions of the play, Macbeth is portrayed as a man somewhere between 20 and 40 years. Here, as portrayed by Denzel Washington, 66 and greying, life has taken some of the spring out of his step, although age has made him no wiser. The great tragedy of the character was that he was responsible for his own downfall, driven by ambition and greed, a master of self-sabotage.

Directing his first film without his brother, Joel Coen gives us a confident, often stunning surrealistic as well as impressionistic version of the play, making the film fit into a tight, taut ninety minutes and every single second counts.

Washington stalks the film like a caged predator, shifting between blind ambition and unbridled rage. But as he slips into deep vulnerability, he becomes more and more tragic despite the fact we know he is a killer. Washington has been one of the cinema’s greatest actors over the last 40 years, and with this performance may join an elite group with nine or more Academy Award nominations. He exploded out of the 80s on TV with St. Elsewhere, moving to film with this haunting performance as Steve Biko in Cry Freedom (1987). Two years later he won the Academy Award for Best Supporting Actor in Glory (1989) and he seemed to light fires in films through the 90s. Malcolm X should have earned him an Oscar for Best Actor, and nominations should have come for Philadelphia (1993), Courage Under Fire (1996). He was nominated for The Hurricane (1999) and finally won that elusive Best Actor award for his badass cop in Training Day (2001). In the years since, he has been further nominated for his alcoholic pilot in Flight (2012) and for what is arguably his best work in Fences (2016), which he also directed. For my money, his greatest performance remains as Malcolm X but there can be no denying his Macbeth ranks right up there. Mentally undone by his actions, the anguish and guilt tearing his mind apart, Washington superbly captures the madness brought on by terrible guilt.

McDormand is a tricky actress, and though I have admired some of her work, I was not a fan of her Nomadland (2020) performance because we had seen it before. Three Academy Awards for Best Actress while Meryl Streep has just two? I am sorry, but something is rotten in Hollywood. As far back as Blood Simple (1984) and Mississippi Burning (1988), all eyes have been on McDormand for her often exquisite realistic characters. She seemed to explode in Fargo (1996) as the unassuming cop with more brains than the entire town. Not a typical Hollywood detective, because she was hugely pregnant and cute as a button, her mind was always whirling, always seeing beyond the obvious, and eventually she got her man. Her line “all for a bit of money” was said with such deep sadness that we understood her character at once. She was happy in her life, loved her husband and her work, and it was all enough for her.

Her subsequent role in North County (2005) kept her in the public eye and then came her superb performance in Three Billboards Outside Ebbing, Missouri (2017), for which she won a second Oscar as a no=nonsense woman trying to make her daughter’s disappearance a priority for the local law enforcement. Her third Oscar some for Nomadland (2020). The Oscar should have gone to Carey Mulligan in Promising Young Woman (2020), a superb film with Mulligan astonishing as a young woman seething over her friend’s rape and suicide.

With such a loaded Best Actress category this year, McDormand will have a tougher time making the final five, but her performance is good enough to be there. She equisitely plays the part of the scheming spouse as well as the role of the paranoid, unhinged woman, suffering through the consequences of her actions. Metaphorically she has blood on her hands, and she cannot wash it away. It is on her like a stain. Both actors are superb, both deserve to be in the Oscar race.

Brendan Gleeson has become one of the most reliable character actors in movies and here is excellent as Duncan, but the real news in the supporting category is Kathryn Hunter, astounding as all three of the witches Macbeth encounters and who tell him he will be King. Already the winner of the New York Film Critics Award for Best Supporting Actress, Hunter is both frightening and mesmerizing in her brief scenes.

The design of the film is stylized, but works superbly, and Coen’s direction is outstanding, never making a false step. He gives the film an urgency that feels modern but is not, in suggesting the person in charge, the King, should not be. But is killing him ever the answer?

This is among the year’s very best films. 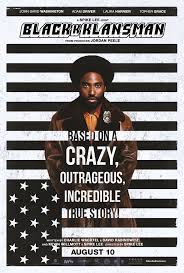 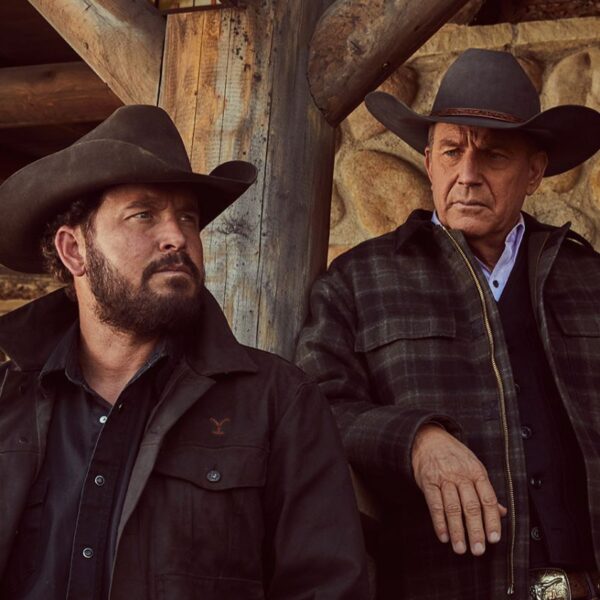