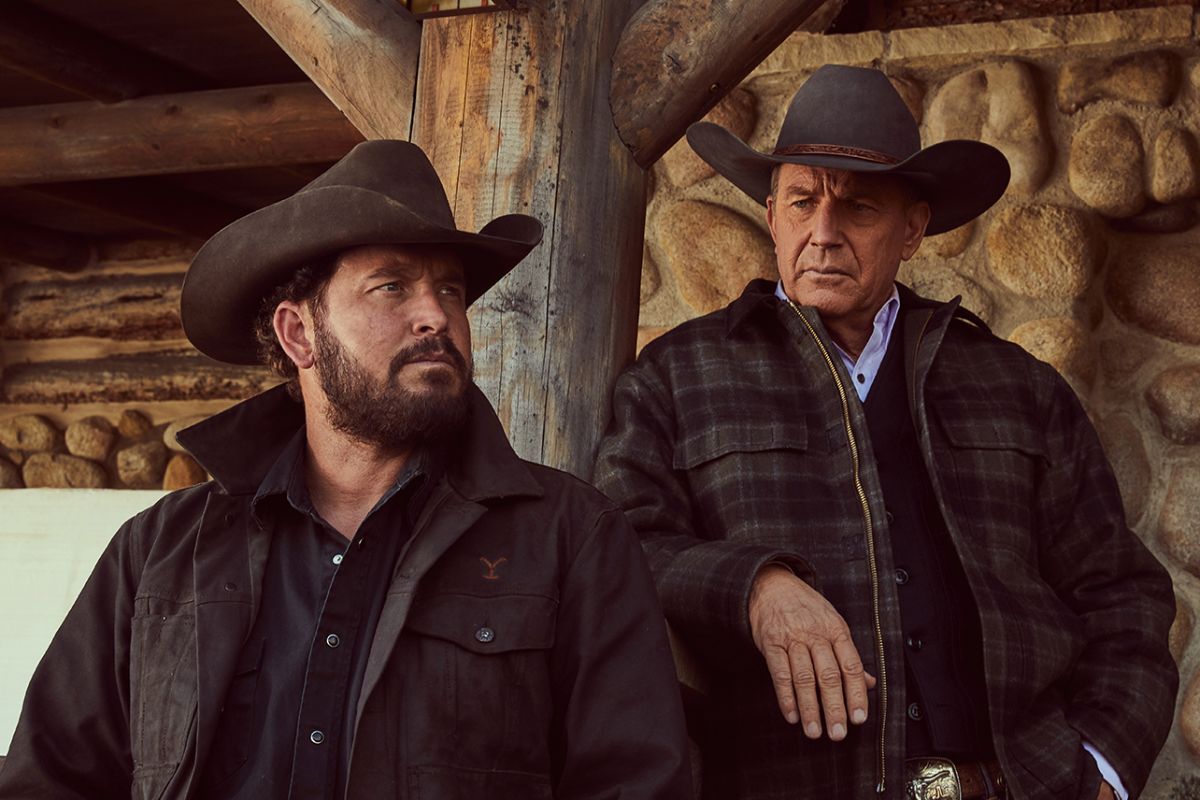 “It’s the one constant in life. If you build something worth having, someone’s gonna try and take it.” – John Dutton

We see a cloudy blue sky and slowly, a hand gets into the frame. We hear a horse in distress and gradually, the images make sense. John Dutton (Kevin Costner) tries to calm and comfort his critically injured horse following a collision between his truck and a semi. “Best I can offer you is peace,” and he puts the horse out of his misery with one shot.

The first episode of Yellowstone (2018) feels like a movie at 92 minutes; it is tightly written, with solid character development. The series follows the Dutton family, owners of the largest ranch in the United States and their battles to hold on to it.

The second and third episodes seemed a tad hokey and not what I expected from Taylor Sheridan, who wrote Sicario (2015). I stopped watching for a while. But I’ve always been a fan of Kevin Costner, having seen most of his movies once, some upwards of 30 times over the years. The series has a strong ensemble cast, high production values, and the scenery is incredible. So I adjusted my expectations and gave it another try. Once I accepted that some scenes (thankfully very few) and dialogue would make me question if my eyes would roll back down, I got hooked. I am now impatiently waiting for Season 4, likely to be released in June.

Kevin Costner was a natural for the patriarch of the Dutton clan. This role was undoubtedly appealing to him as he would have to spend months working in the Bitterroot mountain valley, where Lewis and Clark’s expedition passed through in 1803, surrounded by majestic mountains and rivers. Something is comforting about spending time with Costner on horseback for us who grew up watching his movies.

However, John Dutton is a cold, mean man and shrewd politician who is protecting the family ranch that has been in the family for seven generations. There is no line he won’t cross even with his children. John is the livestock commissioner, not because he loves it but because it gives him power and control on matters of interest. Over time, he ensures he has family or someone he controls in critical positions. After the Governor ruled in his favour by dismissing an eminent domain case for thousands of acres of his land, a conversation between them shows the outcome was predetermined. As she leaves, she proposes to schedule “lunch” as she suggestively touches him on the chest and shoulder. This is a man who covers all his bases.

Dutton is a widower, father of three sons and one daughter. He tries to teach his eldest son Lee (Dave Annable) the difference between running the ranch and working it. His youngest son Kacey (Luke Grimes) is a former U.S. Navy Seal and often in trouble. In the first season he lives on the local Native American reservation with his Native American wife Monica (Kelsey Asbille) and their son, Tate. Time spent with Tate is the only time John shows a softer side. He admits that being a grandfather allows him to do everything he didn’t do with his kids. Witnessing such a sweet moment is enough to send his only daughter, Beth (Kelly Reilly), screaming in her closet for a while. She is one of the most interesting and most often betrayed by the writing. She is the smartest of the children, well educated, a master manipulator but bitter, emotionally unstable, and a highly functioning alcoholic. She is loyal to her father, who explains needing her on the ranch for her ability to be evil. When Sheridan chose to show her break down on the anniversary of their mother’s death by walking out in front of everyone, including her brother Jamie (Wes Bentley), strip naked and bathe herself in the horse drinking trough with two champagne bottles, I was disappointed. To me this type of storyline falls into B movie territory and nudity for the sake of it. How can someone who has some of the best dialogue as a truth-teller and financial strategist also blurt out unironically: “You are the trailer park; I am the tornado“. Nevertheless, her character fits the behaviour of a woman who lost her mother (played in flashbacks by Gretchen Mol) in her teens and was raised by all men.

Jamie Dutton is the family attorney and aspiring politician. There is something off about him, self-serving. He appears to seek his father’s approval and loyal to him, but the family seems less tolerant of him. Jamie has an intense love/hate relationship with his sister Beth, and most of their scenes together range from cringe-worthy to unpleasant. This is not just sibling rivalry, and you know early on that something terrible has happened, something that can never be forgiven.

Finally, Rip Wheeler (Cole Hauser) came to live on the ranch in his teens after Dutton took the runaway as a ranch hand, and he treats him as a son. Rip and Beth also have a complicated but mostly loving relationship.

The Dutton’s ranch is 500,000 acres, the largest privately own contiguous piece of land in the United States and is bordered by a local Native American tribe on one side and Yellowstone National Park on another. It is constantly under attack by developers seeking to build resorts or the Native American tribal chief Thomas Rainwater (Gil Birmingham), who considers that the Dutton family stole their land 132 years before. I appreciate the storylines that weave in indigenous issues, and many are touching and very effective at illustrating the challenges on reserves. Developer Dan Jenkins (Danny Huston) joins Rainwater in an early attempt to take Dutton’s land.

Rip is the ranch enforcer and runs the Bunkhouse where the cowboys live and probably where I should address the other thing I don’t care for: the Brand. If you are a lifer on the ranch, you display your loyalty and “earn” the Brand by getting branded like cattle. I really do mean sticking hot iron in a fire and getting the Y burned into your left chest. This is supposed to be something you live up to. Sheridan might have known he had an issue here because they have at least two scenes where a character goes ahead and explains in detail why they do it, and 10 seconds later, I still don’t care for it or for the explanation. I guess I’m not a joiner by nature and this makes me think less of all characters who believe in this shit. If you need a permanent scar to remember who you belong to, maybe you’re not that loyal.

I enjoy the scenes where we get to see what it takes to run such an enterprise. The variety of skills required, getting up before sunrise and often working until after dark. All in the hopes of breaking even and pass on the ranch to the next generation. That way of life is still present today, and we still rely on these ranches for our food supply.

Some characters in the Bunkhouse are fan favourite, and you will likely see them soon in their own spinoff series. Sheridan also has a new credit on IMDB for Y:1883 (2021) which means we will soon see how the Duttons came to be on the ranch.

Costner injects just enough humour and humanity in John’s character to make the show work. I am not sure a lesser actor could have done this with the same material. By now Costner feels like family. I remember renting The Untouchables (1987) as a newly released VHS from the corner store. That is back when you had to walk to the store over and over until one of their two copies became available. We’ve all spent enough hours with him to have the impression of a sensible, principled man. He has shown menace before in A Perfect World (1993) and played a serial killer in Mr. Brooks (2007), so I knew it was within his range. But it was still jarring to hear him speak as a ruthless man, a father who doesn’t hesitate to hit his son with a closed fist or suggest he might consider hurting himself. Yet, you still want to spend time with him and even root for him as he arbitrates his disputes his way.

Kayce tries to explain his dad to Chief Rainwater after he refused to return Dutton’s cattle, who wandered off onto his reservation in the pilot:

Kayce: What do you want from me?

Rainwater: To help me understand the man I’m negotiating with.

Kayce: Well, he’s reasonable till he’s provoked. Then reason don’t factor in at all.

Which Dutton proves a short time later. After finding out Jenkins’s intention to dam a river that flows from the Dutton property to power his development downstream, he dynamites the river to change its course making the development cost prohibitive. John Dutton is set in his ways, and even when faced with the fact that his kids will never be able to afford the inheritance tax after his death, he still refuses an offer for half a billion dollars for 50,000 acres or 10% of his property. He never gives an inch.

Costner’s band Kevin Costner and the Modern West released a companion album in 2020 based on the storylines and characters of Yellowstone. Even though it is not usually the type of music I listen to, I have multiple tracks on repeat at the moment. I highly recommend it. 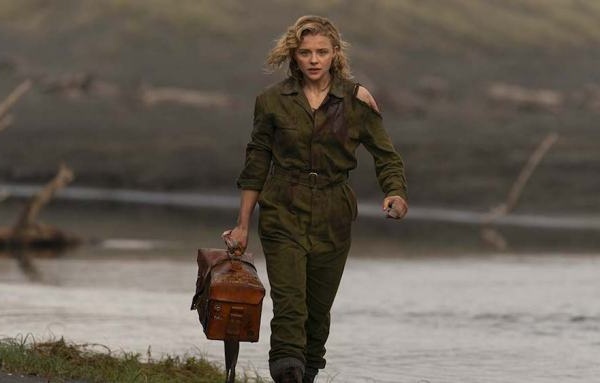 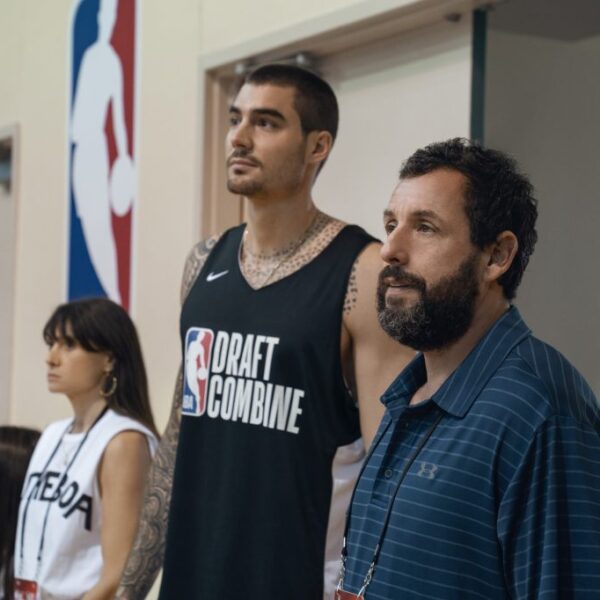