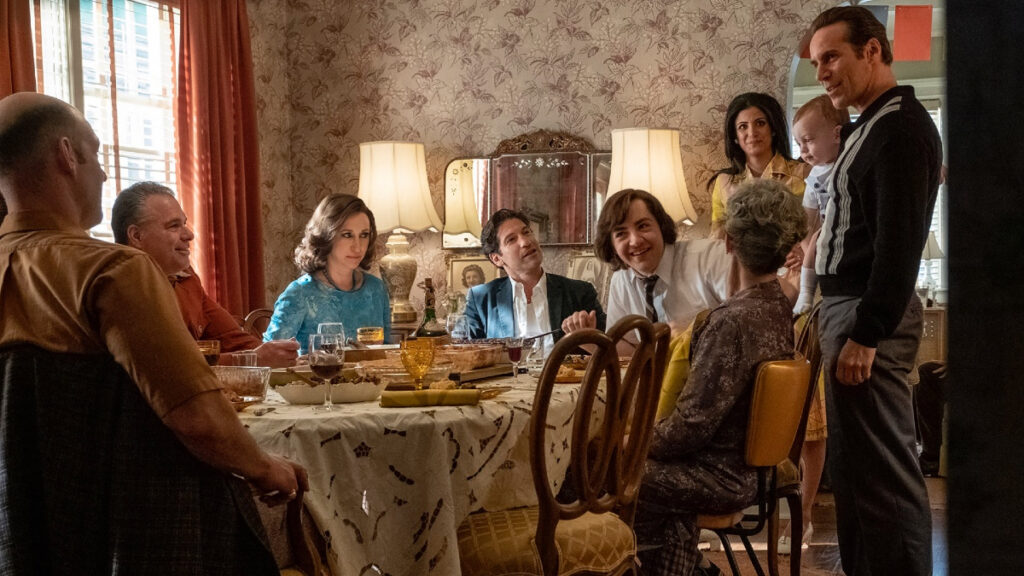 (**) In theatres and to be streamed on HBO

If a group of graduating film students were tasked with watching HBO’s The Sopranos over the course of six weeks, seeing various episodes more than once, and then had to write a prequel, I am positive they could come up with something better than The Many Saints of Newark.

Fourteen years after the controversial final scene when, while sitting at a table in a diner, Tony Soprano (James Gandolfini) looks up and the screen went black, we at last have the long-discussed movie based on the Emmy Award winning HBO series. The death of Gandolfini, felled by a massive heart attack in 2013, made any sort of sequel out of the question. Can we even imagine the rest of the crew without Tony? Nope, no way, no how.

So they went back in time and created a film with many of the familiar characters, characters we had heard of through the series run, and having the film narrated by Michael Imperioli, formerly Christopher in the series, murdered by Tony, It is an interesting choice having the actor narrate the film from the grave because so much of the narrative deals with his father, the infamous Dickie Moltisanti, portrayed powerfully by Alessandro Nivola. Making Dickie the focus of the film was smart I suppose but where I struggled mightily was the casting and the performances of the actors portraying the younger versions of the characters we knew so well, Paulie, and Silvio chief among them.

When Robert De Niro was tasked with portraying a younger version of Vito Corleone in The Godfather Part II (1974) try and imagine the pressure on the young actor. He was being asked to create a character based on one that had won Marlon Brando, arguably the screen’s greatest actor, an Academy Award as Best Actor. Brando’s performance was immediately iconic and among the best-known characters in modern film, and so original! De Niro sat down and watched the film, watched Brando, over and over. He paid attention to every detail of the performance, the movements, the facial expressions, nothing was missed. He listened to that raspy voiced, almost a whisper, and captured that. Let’s face it, he captured every nuance of the Brando performance, he convinced us all he was the young Vito Corleone. De Niro won an Academy Award for Best Supporting Actor for his superb performance and was placed onto the path of a magnificent career through the seventies, eighties and nineties. He settled into the character, and did not do an impersonation of Brando, but inhabited the young Vito in every was. It was astounding. 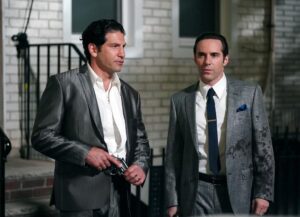 The actors in The Many Saints of Newark have a very difficult job as these are characters we invited into our homes for seven years. Some of them are superb, most are not.

Vera Fermiga does a superb job creating the younger Livia Soprano, a contemptuous monster even in her thirties and early forties. while suggesting Nancy Marchand, who made the character legend on TV, she makes the character very much her own, which the male actors portraying Paulie and Silvio just do not do. They create impersonations rather than characters, and not very well. I often felt they had cast the actors straight out of dinner theatre. Watching Sil and Paulie, or rather the actors portraying them, I felt I was watching dinner theatre, and not very good dinner theatre.

What is truly missing and looms large over the entire film is the ghost of Gandolfini. His performance as Tony might be the greatest performance on the small screen in the history of the medium, though Ian McShane gives him a good run as Al Swearengen in Deadwood. Gandolfini was Brando good as Tony, a conflicted mob boss who was at heart a psychopathic sociopath but knew it and did not want to be. He preferred to enjoy things like nature or old movies, his family, but just could not help himself. He liked cheating on his wife, he loved beautiful women, he enjoyed drink, drugs, even killing I think and the pull of doing whatever you wanted to do was too much for him.

His son, Michael Gandolfini, assumes the role in the last half of the film and is often uncanny as the young Tony, the man who will be the boss. Initially he is not interested in the mob life, but is surrounded by it and it is no surprise that it pulls him in. Never forget Ray Liotta’s line in GoodFellas, “It was a glorious time…” coming from a man who lived to be a gangster. He sounds like his father, there are moments he looks like his father, but what he never does is suggest the danger the elder Gandolfini could bring to the role. It is a bold effort from the younger Gandolfini, but in the end does not quite work.

For the most part we follow the life of Dickie, who is told pointedly to leave the young Tony out of the business, to “leave him alone”. Dickie’s father is portrayed by gravelly voiced Ray Liotta looking every bit the hood, with bright burning eyes that bore right through whoever he is talking too, who returns from overseas with a much younger, beautiful bride who his son takes more than a shine towards. How that ends is shocking. Nivola is very good as Dickie, cuts a fine presence as a lifelong hoodlum, and Liotta is as always dangerous and brilliant.

But aside from Fermiga and young Gandolfini, the rest of the cast is shocking in their weakness.

Corey Stoll, a wonderful actor is rather ordinary as the constantly griping Junior Soprano who we know in his later years will move from dangerous old man to a dangerous dementia afflicted old man who eventually cannot even remember his family. Stoll is a powerfully built man, a very fine actor, and as Junior never comes close to suggesting the menace and danger that Dominic Chianese brought to the role in his later years. There was a seething anger to Chianese on the TV show that is totally gone from the younger version of the character to the detriment of the actor I think.

I had such high hopes for Billy Magnusson Paulie “Walnuts” Gualtieri, the loyal soldier who massacres the English language and any reasonable hair style. Again, he just gives an impersonation of the character nothing more, which is the same fate as John Magaro as Sil, portrayed as a caricature by Steven Van Zant and even more so here. One would hope they might, though a tall order, achieve some of what De Niro did in his Oscar worth performance in The Godfather Part II which is capture the magic to allow us to believe they are truly the younger versions of the beloved characters.

I know, I know, capturing what the series did is a tall order, but I so wanted this to be great and it never comes close. 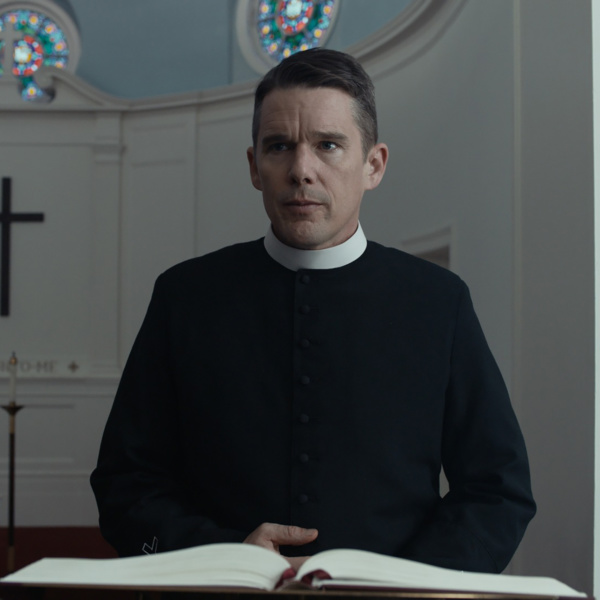 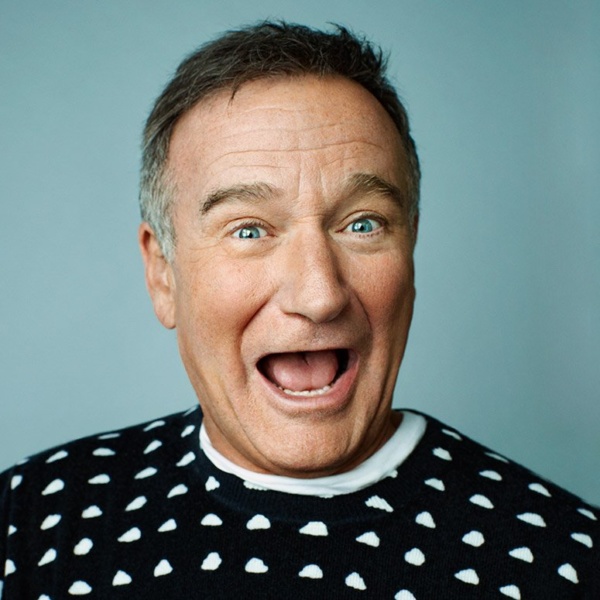