The last performance John Wayne gave was as a tired, cancer ridden gunfighter in The Shootist (1976), one of the finest he ever gave and he should have been nominated for an Academy Award as Best Actor. If there was a way to retire in glory for the Duke, this was it. On the opposite end of the spectrum, Jack Nicholson’s last film was How Do You Know? (2010), a dreadful comedy drama written by Nicholson’s buddy James L. Brooks, who guided the actor to two of his Oscars: Terms of Endearment (1983) and As Good As It Gets (1997). What a shame Nicholson could not have ended his career with The Departed (2006), his second to last performance for Martin Scorsese and the Oscar winning Best Picture of 2006. That would have been the way for the actor to go out.

How will Clint Eastwood go out as an actor?

I thought The Mule (2018) would be his final performance and he was terrific in it, an acclaimed performance from critics, but no Oscar attention. His newest film might just be his last as an actor (and director to be honest) and it will not be remembered well because — and understand, I love Eastwood — it is not very good. Sentimental, filled with clichés, it feels like it was made for the sole purpose of winning Eastwood that elusive Academy Award for Best Actor. Despite two nominations, and performances that deserved two more, Eastwood does not have that coveted award. Nominated for Unforgiven (1992) and Million Dollar Baby (2004), he also deserved nods for The Bridges of Madison County (1995) and Gran Torino (2008), and I sense that the Academy desires to award him. Sadly, it will not be for Cry Macho. While Eastwood is the best thing in the film, the performance is just not strong enough to make the short list. At 91, many found it unbelievable that Eastwood was even going to make another film, but sure enough, once announced, talks began about how it could be Eastwood’s ticket to an Oscar win for Best Actor.

He looks his age now, that iconic face that should be carved into Rushmore, but is nonetheless seriously lined, with skin like parchment. But still, those eyes blaze out of him with purpose. He moves slower, much slower than ever before, so there is no hiding the age. But to his credit (and courage), he makes no effort to hide it either. The film was attached to various actors over the last 40 years including Roy Scheider, Arnold Schwarzenegger and Warren Beatty, but somehow the film never got made. The moment Eastwood was interested, it was in production.

To be honest, it is as corny as a Frank Capra film, but made watchable by the great Eastwood.

Let me first start by saying I take no pleasure in the criticisms I have for Eastwood in this review. Watching the actor struggle through the physical demands of the film is one thing, but then having to believe that two much younger woman want to bed the old guy is a little much. I get it, some women dig older guys, but seriously?

Mike (Eastwood) was once a rodeo champion, one of the best in the nation, until a terrible accident rendered him unable. Addictions to alcohol and pain killers followed, and then the terrible loss of his family, his wife and boy. He eventually loses his job with wealthy rancher Howard (Dwight Yoakam) but is called a year later by the smug rancher with an assignment: go to Mexico and bring his young son home. He tells Mike the boy, Rafo (Eduardo Minett), is being abused by his mother Leta (Fernanda Urrejola), and has choosen to live on the streets rather than with his mother. Rafo makes a living in illegal cock fights and is doing quite well. When he meets Mike, he laughs at the old, broken-down man, but of course Mike has years of wisdom to share with the kid. With promises of what is waiting for him at home with his father, the boy agrees to go back, and thus begins their journey together.

This is where the old fellow dispenses pearls of wisdom about what it is to be macho, to be a man, and it is all radically different from what the boy thinks. Mike has learned a great deal through his troubles and losses, and knows that being a man is surviving, overcoming adversity, and moving on.

On their way home, the pair stop at a run-down cantina off the main roads (to avoid detection from Leta’s henchmen) run by Marta (Natalia Traven) a decent and kind widow. For reasons only the writers know, Mike and the boy stick around for a few weeks, Mike breaking wild mustangs for Marta, and Rafo becoming close with Marta’s granddaughter. And of course, OF COURSE, the widow sets her sights on Mike.

A lot of staring takes place, tender, dewy looks from across the table. In the process, Mike gets back some of his horseman skills and even teaches Rafo to ride during their interlude. But why stay? If they are worried about the federals chasing them and worse, his mother’s tough security team, would they not haul ass and head for the border? The whole thing feels like a dream sequence and maybe would have been better that way as it defies logic.

Don’t consider yourself a genius if you guess the plot from here.

Eastwood is fine as Mike, but we have seen this character before, many times in fact, before his deadly cowboy in Unforgiven. He is enjoyable to watch, but there is nothing thrilling or even interesting about the character.

The whole romantic interlude is to me embarrassing, so the less said about it, the better. I will say Natalia Traven is quite lovely and winsome and we get why Mike might be attracted to her, but why is she interested in him? The only man within miles maybe?

Was I disappointed in Cry Macho?  Yes, crushingly so. Might be time to hang up the spurs, Clint. Thanks for the memories, bud. 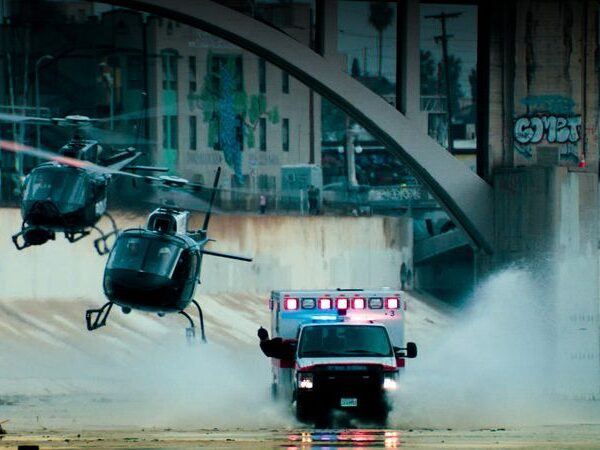