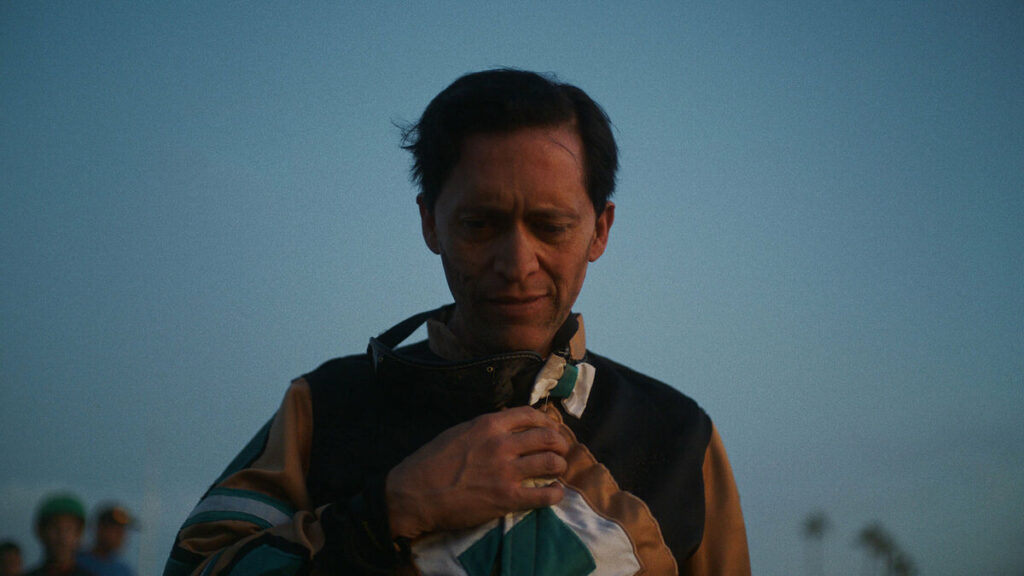 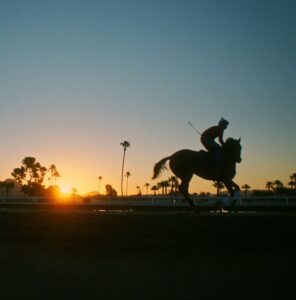 You know those actors you see from film to film, but never bother learning their name? They are strong character actors, sometimes something beneath being a character actor, and every so often they are given a chance to shine bright. That is the case with long time actor Clifton Collins Jr., a face you might recognize (I did) who here gives his all in a fine film that is elevated by his performance.

What could be a familiar narrative, and one we have experienced over and over, is made something very special by the actors, both the leads and those in the background, who it turns out are not actors at all. They are real workers within the world of horse racing and bring a true sense of authenticity to the picture.

The story is simple but never simplistic: an aging jockey is given the chance at one more great race, all the while battling some tough decisions in his life. Jackson (Collins) is a worn-out jockey a long way from the big races now, moving from mid-range tracks in the south, knowing his place and living it. His best friend is Ruth (Molly Parker), a long-time trainer who comes to him with a proposition. She owns a horse that she believes could be the next big thing, and he begins to believe that too. Just as he seems to be putting his life back in order, another young jockey arrives, Gabriel (Moises Arias), claiming to be his son.

Though Jackson is obviously the finest jockey at the track in Phoenix, he has broken his back three times along with other damaging injuries that have and are hitting him hard.

So things are in place for Gabriel to take over for his father, and we begin to see the resemblances between the two as they work to train Ruth’s horse – both believe the animal is the real thing, that once in a lifetime horse.

Collins leaps into the Oscar race for Best Actor with a finely realized, perfectly toned performance that is easily the finest of his career. Audiences will know him because he has sad eyes and a sensuous face. I was reminded of veteran actor Richard Jenkins a few years ago, and his wonderful lead performance in The Visitor (2008) which catapulted him into the Oscar race for the first time. If enough people see this performance Collins could indeed be an Oscar nominee.

Parker is as always reliable, attractive and sexy, but perfectly at home mucking out the barn we believe. Her belief in her horse burns bright, and she is thrilled when Jackson sees the same in the horse.

I quite liked Moises Arias as Gabriel, a quiet man with an intensity behind his eyes that reminds me of his father in the father. There might have been a time when Jackson had this fire in his belly, that we see through the eyes, and though gone with Jackson, it is there for Gabriel.

The film was directed and written by Clint Bentley, who was raised around horse tracks and by his father who was a jockey. This allows the film to have an authentic feel throughout, there is not a false note in the film.

One of those gems that film festivals program hoping audiences find. 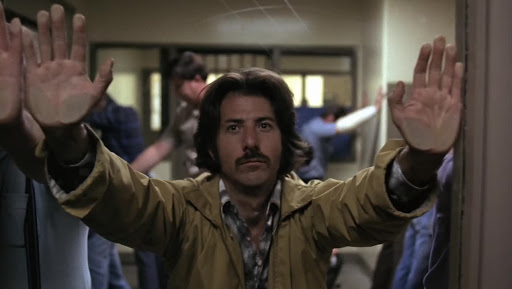 THE 30 GREATEST AMERICAN FILMS OF THE SEVENTIES: #30 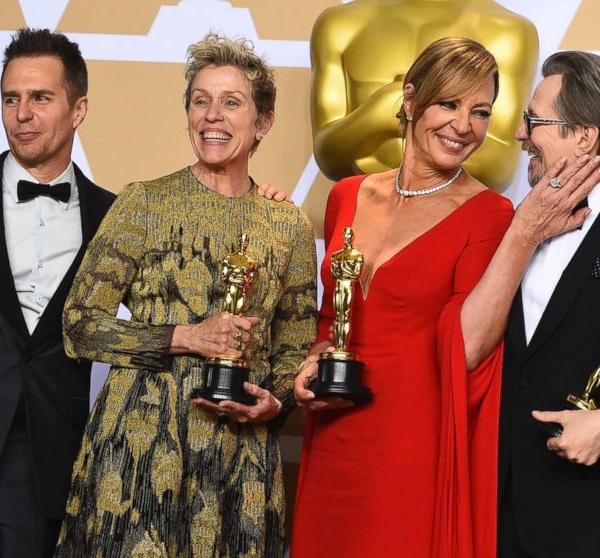