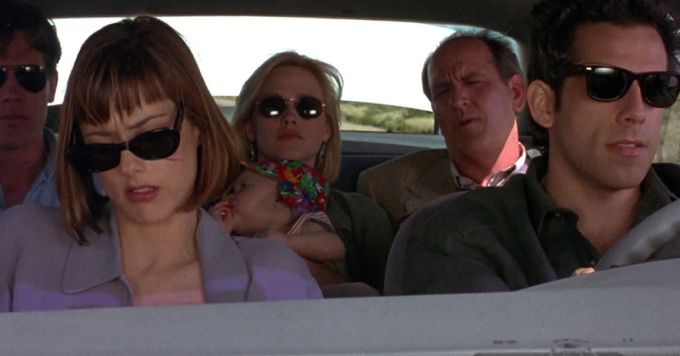 Ranking near the top of the list for me is Flirting with Disaster, David O. Russell’s sophomore film following the black comedy Spanking the Monkey (1994). Flirting with Disaster was released to pretty strong reviews in early 1996, did moderately well at the box-office but it didn’t figure at all in 1996’s year-end awards. When you mention it today few people have any recollection of it. But pop it into the DVD player and the reaction is immediate – the quirky comedy still works, it still makes you laugh and remains one of the best, most slyly sneaky comedies of the decade.

Mel Coplin (Ben Stiller) is a new dad and deeply neurotic – he won’t name his son until he finds out more about his birth parents. His odyssey to find his parents is the focus of the film, which takes him by air and car from New York to California to Michigan and ultimately New Mexico, thanks to a truly incompetent caseworker (Tea Lenoi) who’s travelling with Ben and his wife (Patricia Arquette).

The group’s first stop in California presents the wonderful Celia Weston as Ben’s supposed mother – Ben is dark and Jewish and she’s a blonde, deeply Republican woman with two Amazonian blonde daughters. The caseworker realizes a mistake has been made, and then they’re off to Michigan to meet the man who dropped Mel off at the adoption agency, thinking he will be Mel’s birth father. He’s not, but an accident involving the man’s truck and a U.S. Post Office brings in two officers from the Department of Justice (Richard Jenkins and Josh Brolin) who happen to be lovers and, it turns out, Brolin’s character went to high school with Mel’s wife. With yet another tip, the crew are off to rural New Mexico to find Mel’s parents, with the two agents in tow.

Russell’s wildly inventive screenplay creates comic gold at each step of the journey. You have no idea where he’s going with any of this and yet he still surprises with his wonky set ups and on the mark observations about marriage, family and relationships. Woven into this is a mix of politics, drugs, sixties counterculture, and a nicely on the mark jab at Bed and Breakfast establishments. Russell’s direction is perfectly paced – allowing time for both the obvious laughs and the subtle, more sly turns. Everything feels perfectly constructed and he covers a lot of territory in the films 93-minute running time. There isn’t a wasted or extraneous moment. And just when you think there’s going to be, a comic pay-off comes zinging into focus.

He’s helped immeasurably by an offbeat but top tier cast of comic players.

Stiller fits nicely into the ensemble of the film, his intense neurosis nicely balanced by the more pragmatic Arquette and the flighty Leoni. The three play out an odd but chaste romantic triangle that ultimately helps Stiller’s Mel figure out his priorities. Arquette’s flirtation with the gay character played by Brolin is just a plea for her husband’s attention, but still very funny. 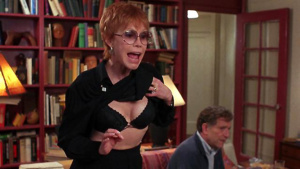 Ultimately it’s the veterans in the cast who provide the bulk of the film’s substantial comic fizziness. First and foremost are Mary Tyler Moore and George Segal as Mel’s adoptive parents. Moore, playing against type as the uptight, neurotic adoptive mother, has some of the film’s best, most observant lines and her brittle, withering comments and judgmental stares are perfection. When Mel is on his journey and forgets his dad’s 60th birthday party, Moore is wonderfully chilly on the phone: “It’s alright, we’ll try it again when he turns 65. Provided he lives that long. And you’re not busy”. Brilliant. The interplay between her and Segal feels like they’ve been partnered forever – their incessant bickering is a riot.

When the crew gets to New Mexico we finally met Mel’s real parents – a pair of aging hippies who had to give Mel up for adoption because they were in jail for making and selling LSD in the 1960’s. As played by Alan Alda and Lily Tomlin, the couple are still mentally stuck in the counterculture mind-set, still making LSD, and with a vindictive son who’s incredibly jealous of his newfound brother. Of course the LSD figures into the story, but again in a very surprising way that gives Richard Jenkins his moment to shine. It’s at this point that Alda and Tomlin are able to let their comic instincts fly with a mixture of paranoia, panic and some truly wild dialogue interplay. Funny stuff.

It would have been fitting to see Russell’s screenplay among the year’s Oscar nominees for Best Original Screenplay – this is one of the best, most well constructed original screenplays of the decade. But it didn’t happen. I think Mary Tyler Moore should have definitely been a nominee for Best Supporting Actress, and I could easily make the case for Alan Alda, Lily Tomlin and George Segal as well. But those nominations didn’t happen either.

Flirting with Disaster is overlooked gem and worth rediscovery. 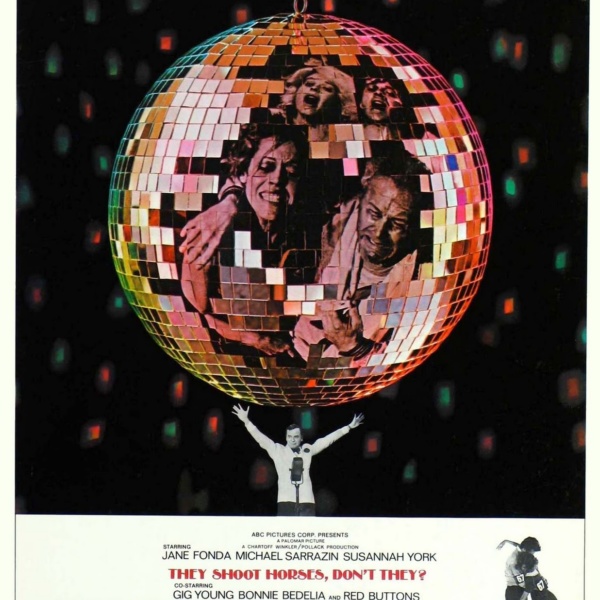 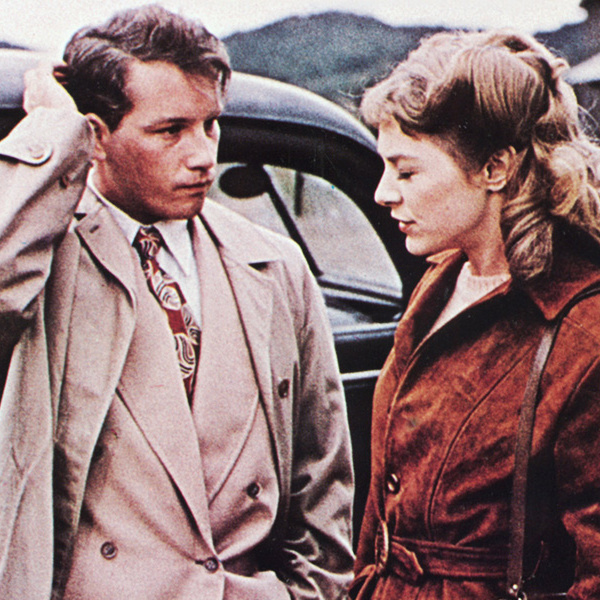 REVISITING THE APPRENTICESHIP OF DUDDY KRAVITZ (1974)