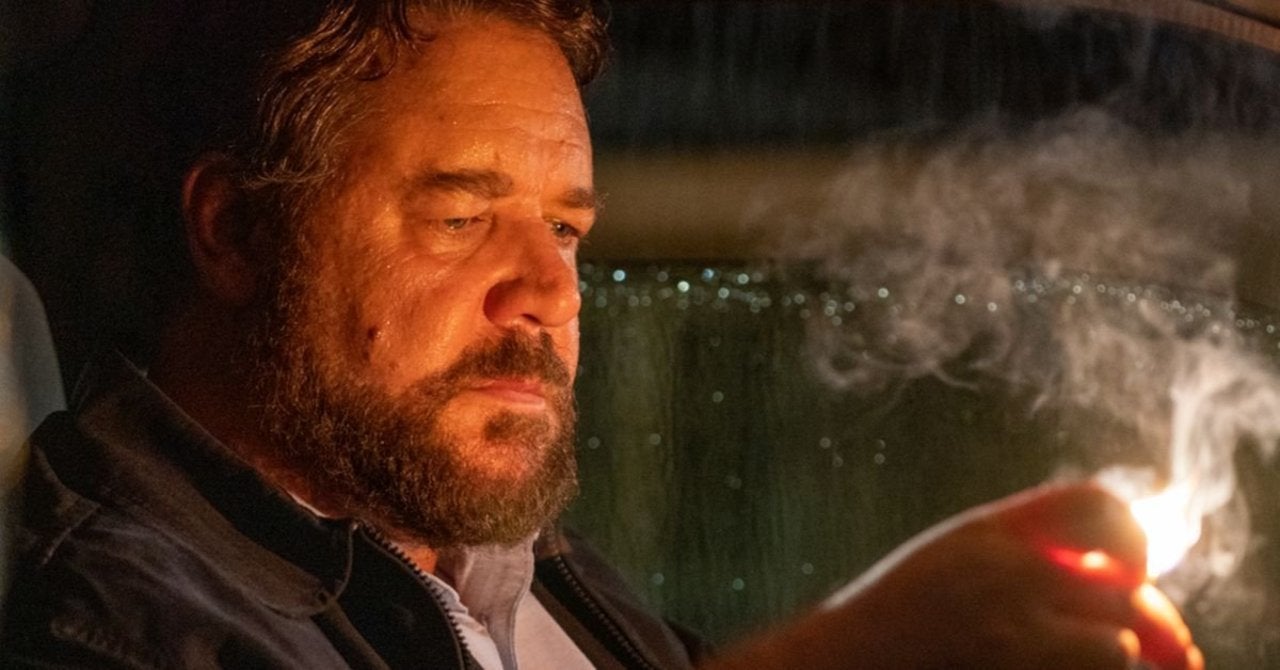 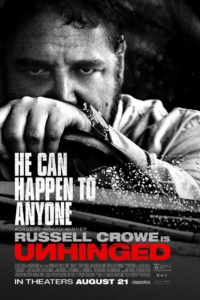 It has been a long time since we have seen Russell Crowe in a lead role, in a major film. Emerging out of Australian cinema after Romper Stomper (1996), he followed it with a central and outstanding performance in L.A. Confidential (1997) which put him on the map as an actor. He was a major actor in the late nineties and early 2000’s, winning the Academy Award for Best Actor for Gladiator (2000), the middle of three consecutive nominations, also up for The Insider (1999) and A Beautiful Mind (2001). He deserved a nomination for Cinderella Man (2005) which did not come despite glowing reviews for his riveting performance as boxer James Braddock. Aside from his performance as Javert in Les Misérables (2012), Crowe has not been the busiest of actors, he certainly is not considered among the acting greats at this time.

His performance in Unhinged is meant to be very frightening, very intense, but he is acting in a film that is essentially a B film, with a weak story and unbelievable premise that, despite his presence, does not work. One would hope his sheer presence might elevate the film, and though game, it never rises above its B grade roots. Perhaps the director failed him, perhaps the writing, but great actors can overcome both.

In the opening montage we see sights that would set anybody off – poverty, clashes in the streets, more poverty and social unrest in today’s America, Trump’s Great America. Taking a page from the 1993 film Falling Down, in which Michael Douglas was an ordinary citizen as mad as hell and not about to take it anymore, that best describes Crowe’s road rage driven driver, known only as The Man. Is he called this because the director pretentiously believes that this guy could be any one of us? That any person could be driven to madness? It would take a great deal to cause me to stalk a woman and her child and make their lives a living hell for a day. But then again, that is just me.

We meet Rachel (Caren Pristorius), a young hairdresser, single Mom trying to get her son out the door to school and herself off to work. Arguing with her ex on the phone, she is also in the throes of losing her best client and becomes trapped behind The Man. Laying on the horn perhaps a bit too much, she is the trigger that sets him off. What she cannot possibly know is that he is having a much worse day than her and makes her the target of her wrath. He targets she and her son, and it seems every single person in her life, and makes their life also a living hell. It quickly becomes unbelievable, and unrealistic. Now I have never been the target of a stalker, but my daughter has, and it is terrifying. Miss Pristorius does a great job conveying the terror of a young mother struggling to stay away from a monster she believes will do her harm.

Crowe is a cartoon as The Man, he never really digs in and gives a credible performance as he is known to do. I read one critic describe him as Foghorn Leghorn in a rage and the light went on and I roared “PERFECT!” Big, burly, bearded, Crowe has packed on weight in his middle age, and though it adds to the character in making him a large, looming presence, never did I really believe the character. Where Michael Douglas suggested a man on the edge in Falling Down, a real threat to society, Crowe struck me as a bully, picking on an easy target. Very quickly he became dislikable to me and, to be honest, not very frightening. Real tough guy to pick on a woman with a child, that is not scary. Turn the tables, turn her into the stalker, now that is scary.

If this is your first time back at the movies, be warned, you might not enjoy the experience. Predictable, this is paint by numbers filmmaking.

POTENTIAL SNUBS COULD BE …