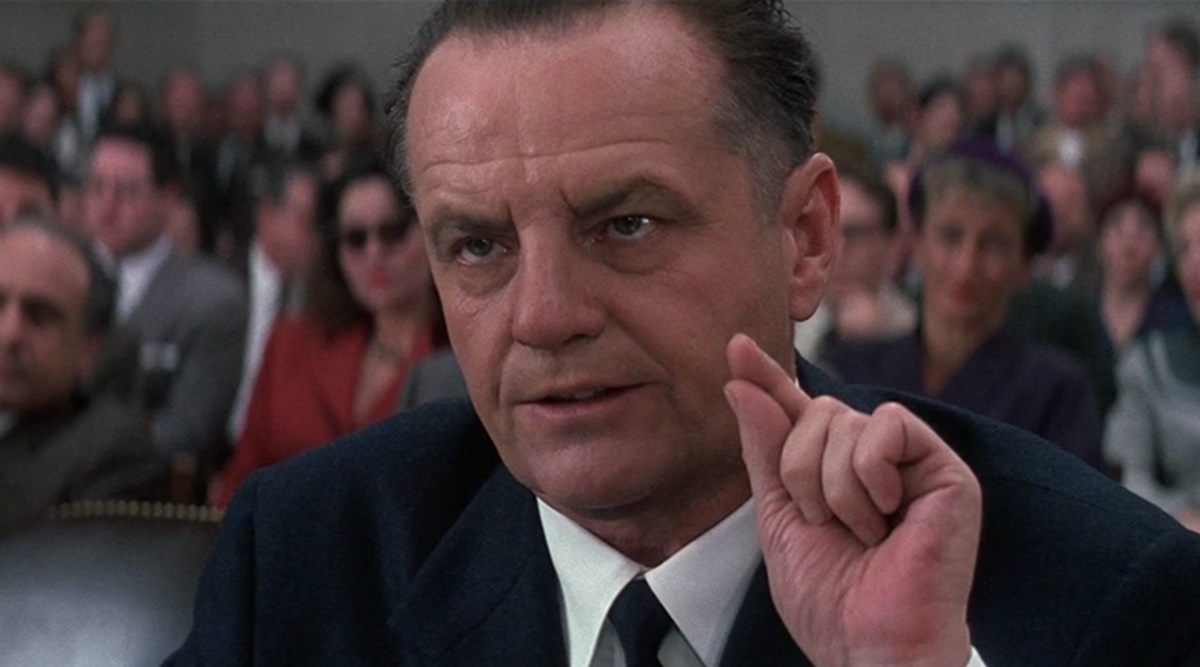 Watching Al Pacino thunder brilliantly through The Irishman (2019), portraying Jimmy Hoffa, earning an Oscar nomination for his work, I finally got around to re-watching Hoffa just a couple days ago. Danny DeVito directed the film written by the great playwright David Mamet and, despite the weaknesses in the film and DeVito’s pretentious direction, at the heart of the picture is a brilliant Jack Nicholson as Jimmy Hoffa, who dominated labour in the fifties and sixties. The film was meant to be Fox Studios major Oscar contender of the year and its failure, despite the absolute brilliance of Nicholson, deeply hurt the actor. With a cool critical reception, it was thought that the superb work of Nicholson could still snag an Academy Award nomination, but it did not transpire.

Seeing the film again, for the sole purpose of comparing the two great actors as Hoffa, was a powerful experience as each brought their own personalities to the role of the intensely fierce Teamsters chief.

The film Hoffa is told in flashback through the eyes of Bobby (DeVito), an invented character for narrative purposes, who was recruited into the union by Hoffa, betrayed, then hired by him to work with him, becoming his closest friend. Hoffa knew trucking inside and out, having been a driver for years before being hired as a recruiter for the teamsters. He understood the long hours, that truckers lived on stale coffee and cigarettes, that their companies wanted them to drive 24 hours straight through, and that they were never compensated for injury. Hoffa believed in the Teamsters, it was his religion, he lived and breathed union. And when he needed muscle to help him beat the corporations, he cut deals with the Mafia, which he would come to regret. 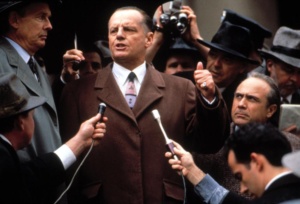 The film explores the rise of Hoffa through the ranks to the most powerful man in the labour movement, as famous and infamous as the U.S. President. His war with Bobby Kennedy is explored, though it comes as quite a shock when halfway through the film we realize he is married with children!

All roads of course lead to his mysterious death, which long after this film was made, Frank Sheeran confessed to the murder, a hit ordered by the mob. Martin Scorsese explored this very killing in The Irishman (2019) and we see what very likely happened to the labour boss. In Hoffa he is killed in the back seat of a car by an assassin, hired by the crime bosses, the killing quickly tidied up, mob style. To this day only Sheeran has confessed, and he was close enough to Hoffa to have done it. His ties to the mob are well known, and if so ordered, like the frightening soldier he was, it makes sense? Right?

Does anyone truly know?

The fact is Hoffa disappeared in 1975, trying to wrestle back his position as head of the Teamsters, but the mob no longer wanted him.

Jack Nicholson truly is a great actor and part of his great gift has always been his ability to disappear into a role. He did it through the seventies with Five Easy Pieces (1970), Carnal Knowledge (1971), The Last Detail (1973), Chinatown (1974) and best of all One Flew Over the Cuckoo’s Nest (1975). As he became more famous, hitting superstardom into the eighties, it became more and more difficult to slip under the skin of his characters. Yet he continued to do so in Prizzi’s Honor (1985), Ironweed (1987), A Few Good Men (1992), and here as Jimmy Hoffa. Studying the man’s body language, movement, and voice he did not act the role so much as inhabit every aspect of the character. His performance was towering, far better than the film itself, and he seemed a cinch to be an Oscar nominee. It was one of those cases where the main performance was far greater than the film, which is likely what cost the often-nominated actor his nomination.

DeVito’s direction was bizarre, even pretentious. He has proven to be a fine filmmaker on occasion with the blistering black comedies The War of the Roses (1989) and the much maligned but brilliant Death to Smoochy (2001), each superbly directed. When your lead actor is giving everything he has got in a brilliant performance, just aim the camera at him and shoot. Yet in one scene we cut from action to the blazing headlight of a truck and move in close. Why? What was the purpose? Beyond his strange choices as a director, the back story to Hoffa’s private life was sadly lacking. Hoffa did not drink alcohol. Why? His only addictions seem to have been ice cream and making deals for his beloved union. Why? Why were the Teamsters such an obsession to him? Was it purely power? Perhaps, but no answers are given.

In The Irishman, Martin Scorsese’s haunting film, filled with melancholy and regrets for choices made, Hoffa, portrayed with blistering intensity by Al Pacino, refers to the Teamsters as “my union” as though it belongs to him, and he treats the mob as an intruder. That single phrase says all we need to know about Hoffa, and somehow Mamet and DeVito missed it.

So we have a great actor, Jack Nicholson, in search of a film, and sadly DeVito failed him, in every way. Had they had a stronger screenplay and director we might have had the definitive Hoffa film.

This is not that film.

Finally, comparing the two legends in the same role is a challenge because in their own way each is brilliant. Both possess that bombast Hoffa carried when he spoke, putting his entire body into speaking. He talked often as though he was daring anyone to knock the chip off his shoulder, and each capture that. As far as looks, the edge goes to Nicholson who wore a bit of make up to transform into Hoffa, with both wearing the same crew cut, the sides nearly shaved, but looking the part is the least of it. Both actors brilliantly captured Hoffa, but I think at the end of the day Pacino gets the edge, having a stronger director and much better screenplay which captured his drunkenness with power, his arrogance in believing the Teamsters belonged to him, and the belief they could not work without him. That is precisely what doomed Hoffa.

“We’ve done all we can do for him, he’s gotta go” says Bufalino, simple and direct is the order of assassination.

Hoffa never comes close to the genius of The Irishman, because frankly, DeVito is no Scorsese. 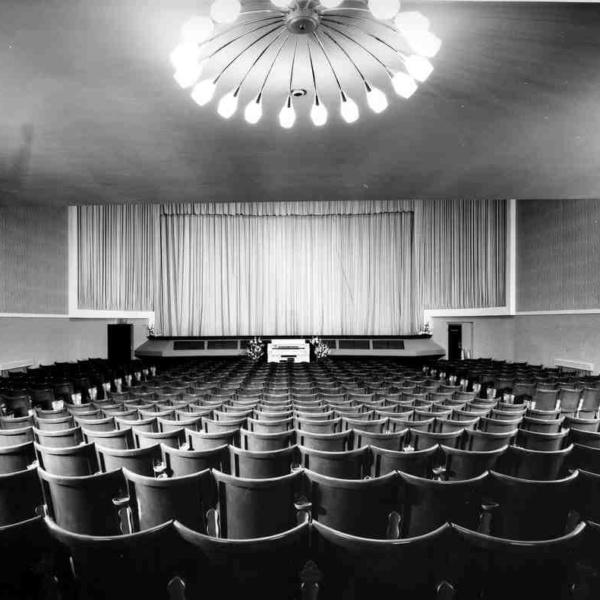 THE 20 GREATEST AMERICAN FILMS OF THE SEVENTIES 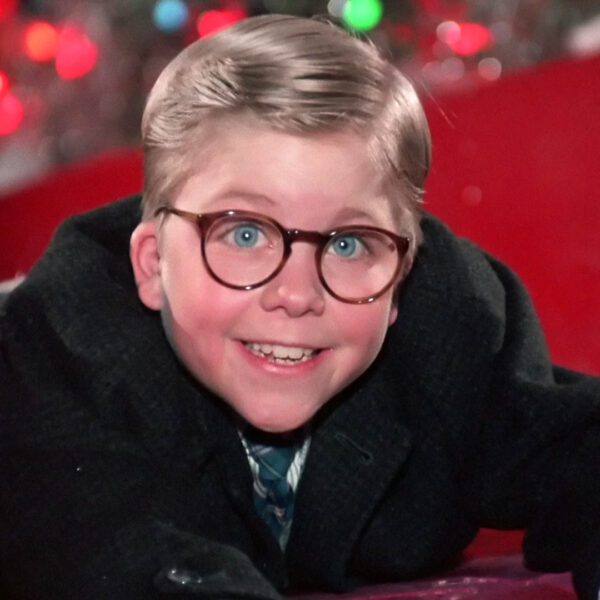