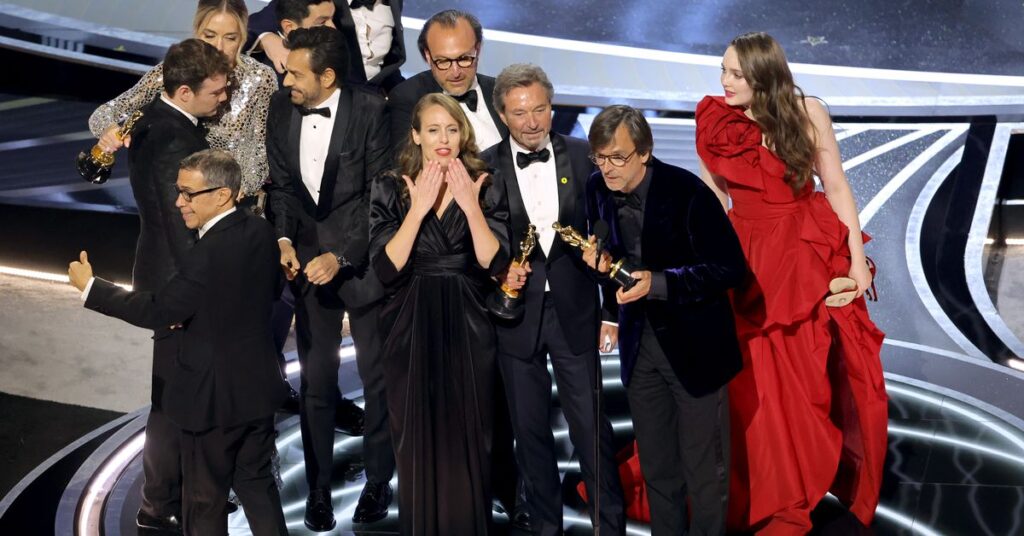 So much Oscar history was made last night yet all anyone is talking about is the slap heard round the word, the one WiIl Smith delivered to comedian Chris Rock, who Smith felt had insulted his wife, Jada Pinkett. On one hand, good for Smith for defending his wife, but should a middle-aged man, on live TV being seen by billions get up, approach the stage and smack a presenter? Rock would be within his rights to charge Smith but is refusing to do so. To Smith’s credit, upon winning Best Actor for King Richard he apologized to the Academy and his fellow nominees, but did not apologize to Rock.

The incident stemmed from Rock making a comment about Jada Pinkett’s hair, stating he was looking forward to seeing her in G.I. Jane 2, perhaps not aware that Pinkett is struggling with a disease that caused her to lose her hair.

It marred an otherwise pleasant Oscar show trying really hard to be relevant and remind us how much we love the movies.

Amazon Studios, one of the streaming companies became the first to win a Best Picture prize with CODA, the little film that could.

Jane Campion, the only woman nominated twice for Best Director, won the Oscar for The Power of the Dog, becoming the second woman in a row to win Best Director, following Chloe Zhao last year.

Troy Kotsur became the second deaf actor to win an Oscar for acting, earning the award for his superb performance in CODA. His co-star Marlee Matlin won Best Actress in 1986 for Children of a Lesser God.

Ariana DeBose won Best Supporting Actress for West Side Story becoming the second actress to win an Oscar for the role of Anita, Rita Moreno having won in 1961 for playing the part in the original film.

In all CODA won just three awards, but all three it had been nominated for Best Picture, best Supporting Actor and Best Adapted Screenplay.

Dune won six awards, some of them, to the eternal shame of the Academy, not presented live on the show. Wow, time for songs, tributes to James Bond but no time for nominees and eventual winners?

Smith did, as expected, win Best Actor for his performance in King Richard, having been the frontrunner since September. It was his third nomination and first win.

Jessica Chastain won Best Actress for The Eyes of Tammy Faye, besting Kristen Stewart’s Princess Diana in Spencer, who held the frontrunner position for months. Chastain was a popular and deserving winner, though I was rooting for Stewart.

Supporting Actress, as previously stated, was Ariana De Bose in West Side Story.

Kenneth Branagh won the original screenplay award for Belfast, the only award the popular film took home on seven nominations.

Sad that a night supposed to be about a love of cinema will be remembered for the violence that took place live on TV.