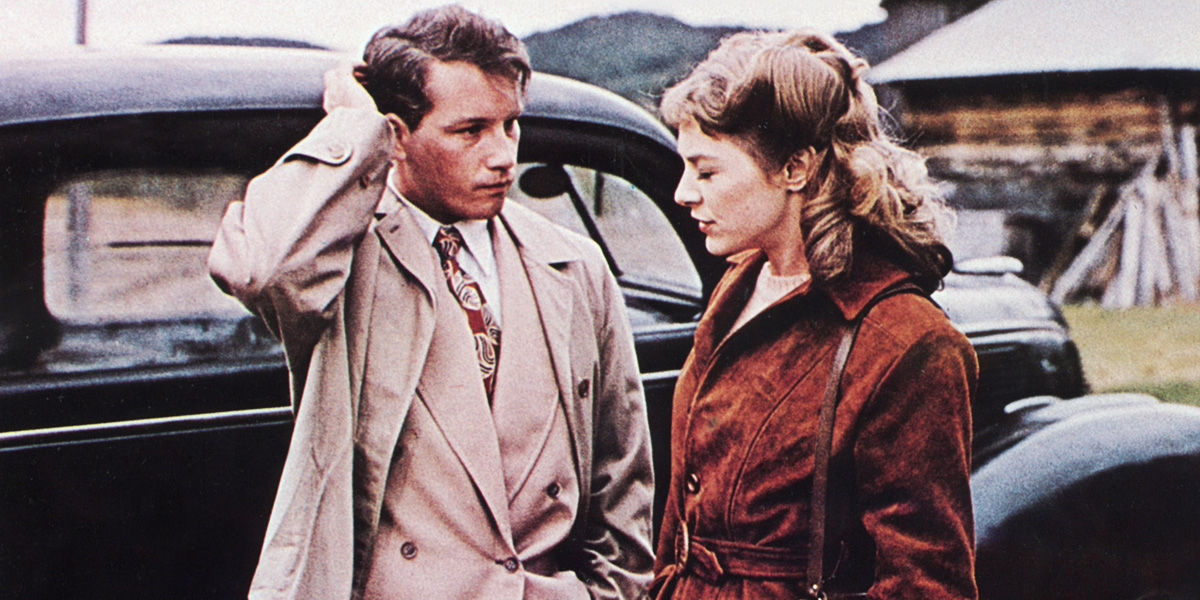 Arguably the greatest of Canadian novels, Mordecai Richler’s superb study of a young Jewish hustler in Montreal after the Second World War, is a magnificent story about an ambitious, fiercely driven young man to whom the law means nothing, to whom moral decency means even less. Duddy (Richard Dreyfuss) is the youngest in the family, striving to gain his father Max’s (Jack Warden) attention, forever in the shadow of his brother who is studying to be a doctor, but who Duddy knows, though no one else does, is a complete failure as a person.

Duddy, ignored and pushed aside, is worthy of attention as he is smart, but a born schemer, negatively referred to by his uncle as “a Jew boy on the make”. The uncle sees only the side of Duddy that we do, the cheat, the liar, the manipulator, the thief, he is everything his uncle believes he is and more. With a little guidance Duddy might not have become the criminal he is and crook he will always be. But given how he was raised, how he grew up trying to get attention, it seems little wonder he turned into a sociopath. When he meets someone, he sizes them up to figure out what he can get from them, how he can use them to get ahead. Duddy does this as a defense mechanism, get them before they get him, which he learns to do at a vacation camp where he works and is made fun of because of his desire to make money, loads of money. No job is too small or humiliating, so long as it results in a dollar bill being slipped into his hand at the end of the work. One of his customers tears a $100 bill in half in front of Duddy and hands him one half, telling him if he serves them well, he gets the other half. His actions are noticed by the other waiters who make fun of Duddy and scam him out of his earnings in a fixed roulette game. So angered are the other waiters that they make the offender give back the cash to Duddy, but then the customers who catch wind of the scheme also gather money together for him, so Duddy doubles his money and says not a word. His hypocrisy is staggering, as he looks at the roulette wheel owner and says “cheaters never prosper” the blatant dishonesty flowing out of him as easy as breath.

Richard Dreyfuss is a furious hurricane of energy as Duddy, brash, restless, always in motion, always on the move and, if still, his mind is flying ahead of everyone else in the room, he simply cannot remain still. When he meets Yvette (Michelle Lanctot), a pretty French girl working at the resort with him, he falls in love with her, or as much as Duddy can love anyone. When she shows him a beautiful spot in the woods on a lake, he is smitten and knows at once he must own the property. Seeing long term, he sees his own vacation resort, and becomes obsessed with having that parcel of land. He gets into industrial filmmaking, befriends the wealthy who see something ambitious in him that they like, and is soon within the inner circles of power. What he does not realize is that though they allow him into their world, it is as an object of curiosity, something they can laugh at when he is not around.

He meets Virgil (Randy Quaid), a young trucker suffering with epilepsy who shows up at Duddy’s office one day as he promised he would with a bunch of pinball machines.  Duddy uses Virgil, pushing him to drive more hours than he should until the young man has a seizure while driving and is left paralyzed. Incredibly he does not blame Duddy, but Yvette does, she is furious with him. Continuing to cheat, to lie, to betray everyone he comes in contact with, bailing his brother out whenever the older man lands in trouble, Duddy discovers his father is a liar and a pimp, using his taxi to escort prostitutes to and from work. For his entire life Duddy has listened to his father boast about his close friendship with local mobster Jerry Dingleman, but Duddy discovers it is not true. Dingleman, who uses Duddy to transport drugs across the border, does not know Max Kravitz is alive. Stunned by the revelation, he now knows Dingleman will never front him the money for the land, so he steals the funds from Virgil, forever alienating himself from his friend and Yvette.

Yvette tells the only person who truly loves Duddy, his beloved grandfather, and it breaks the old man’s heart to know his grandson is a liar and a thief. As he celebrates his purchasing the of the land, his grandfather wants nothing to do with him.

But who he pushes away does not matter to Duddy, it is all about gaining respect. Friends are disposable to Duddy, people are rungs of a ladder to be climbed upon. When he is allowed to put his meal on a tab at the local diner, his eyes shine with glee, and he says to his father, “You see that Daddy!”, knowing he has arrived. Sadly, he never realizes the terrible cost of his betrayals, they cost him everything including his moral soul. Once the lies begin, they cannot stop, once the scamming begins, he can never be free of it, he will always be looking for a way to cheat his fellow man, without a shred of conscience. 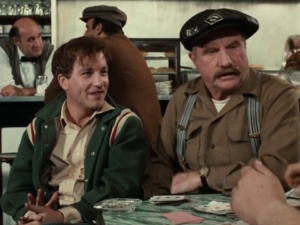 Ted Koetcheff directed this Canadian production at a time when Canada was striving to produce better quality films, to move away from being the laughingstock they were with narrative cinema. Though the National Film Board was known worldwide for their Oscar winning documentaries and short films, Canada struggled mightily with narrative films. Goin’ Down the Road (1970) broke through, playing in New York City for more than a year, opening the door for future Canadian productions such as this one, based on the famous 1959 novel by Richler. Today, more than 45 years after opening in cinemas, it remains one of the finest Canadian films ever made, and one of the greatest performances Richard Dreyfuss ever gave. The film was nominated for a single Academy Award, Best Screenplay Adaptation and won the Golden Globe as Best Foreign Film.

Dreyfuss is the kind of actor who seems to hum within, burning with an intensity that is remarkable to behold. Even when standing perfectly still he is in motion in his head, always thinking, as Duddy always scheming about the next big rip off. He understands an honest living, but has no patience for how long it takes to have something out of it, why work when you can steal or cheat to get what you want? And so he does, never truly recognizing what it will cost him in the end, which is of course, his moral soul.

To the enormous credit of Dreyfuss he somehow makes Duddy likable to the audience. We know what he is, he shows us time and time again exactly what he is, but damned if we do not like this grinning sociopath. By this point in his career Dreyfuss had been around a while, but parts in The Graduate (1967) and Hello Down There (1969), along with a load of TV kept him fed. A major role in American Graffiti (1973) put him on the map, but his performance here told the rest of the world what an exceptional young actor he was. The year after portraying Duddy Kravitz, he was Hooper in Jaws (1975) and two years after that he was standing onstage holding the Academy Award he had just won for The Goodbye Girl (1977). His career has had many ups and downs, but I have always liked his work. Great performances came in Close Encounters of the Third Kind (1977), The Big Fix (1978), Whose Life Is It Anyway? (1981), Down and Out in Beverly Hills (1987), Stake Out (1987), Tin Men (1987), Mr. Holland’s Opus (1994), Lansky (1998) and more recently in The Astronaut (2017). Battles with alcohol and drug addiction were quite public but he always bounced back.

He richly deserved an Oscar nomination as Duddy, but it did not come, granted it was a very competitive year, but I think he should have been a nominee.

The Apprenticeship of Duddy Kravitz is a handsomely produced film, capturing the look and feel of the Montreal ghetto in the years after the war. The world looks lived in, the diner feels like a greasy spoon, and the characters look right at home in the world.

Aside from Dreyfuss, the great Jack Warden is superb as Max, the boastful man who knows he has nothing so lies about what he would like to have. Randy Quaid is terrific as always as Virgil, who truly likes Duddy despite the actions against him. The final straw is the theft, which sends Virgil into a series of seizures finally forcing him to ban Duddy from his life.

The film remains one of the greatest Canadian films ever made, and among the greatest adaptations of a novel to the screen. 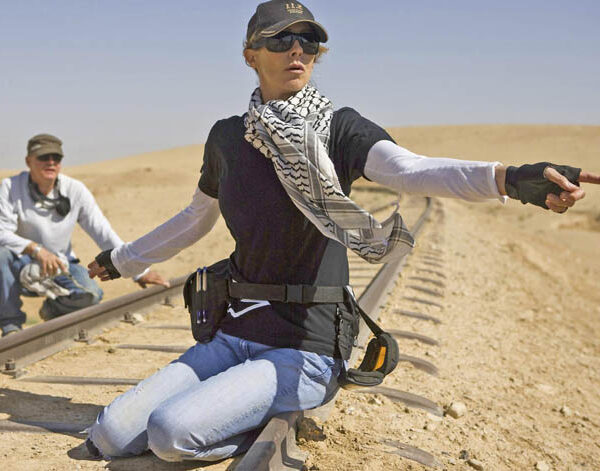