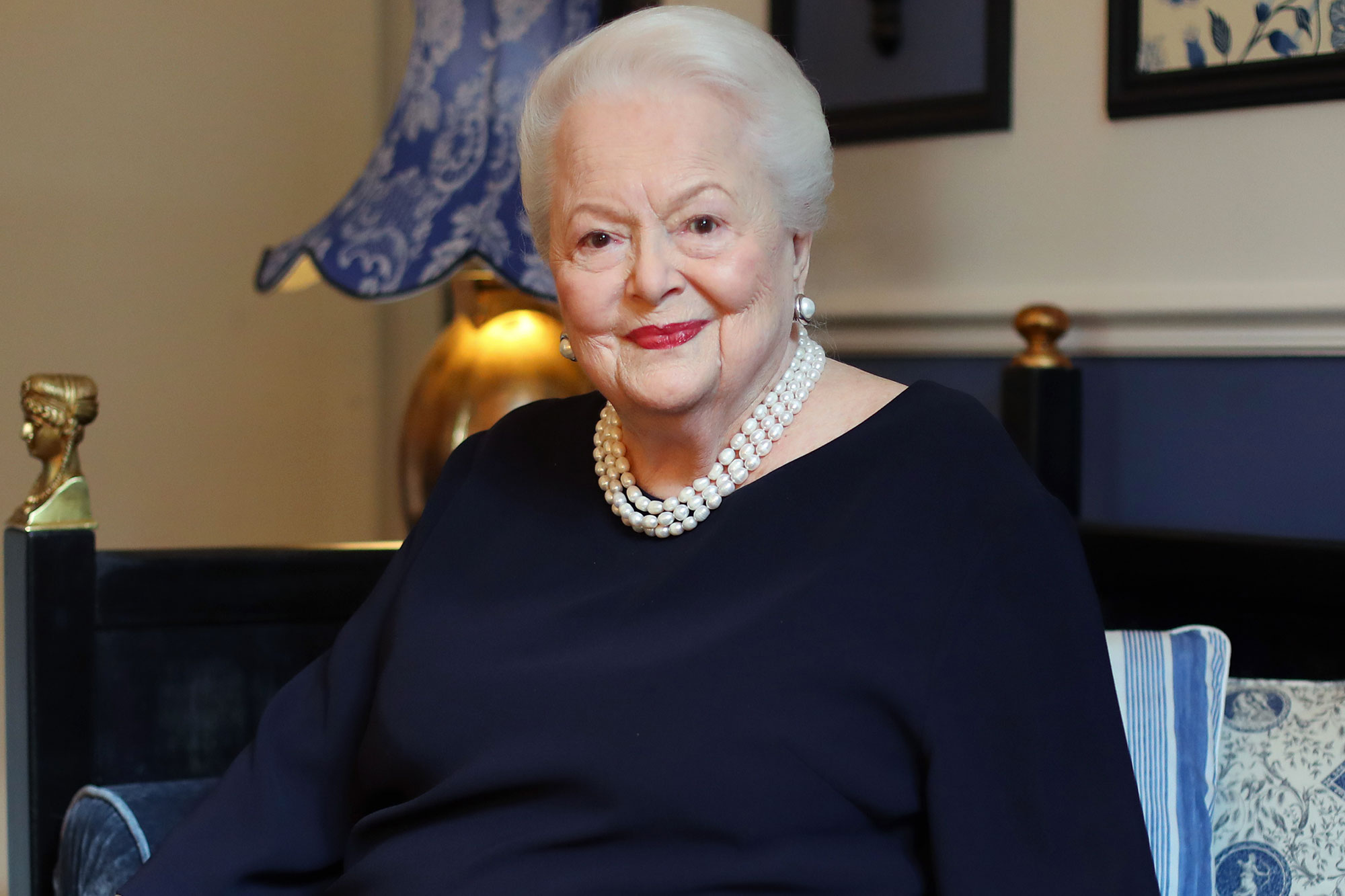 She was the last link to the Hollywood’s golden age, an actress who rose to prominence in the 1930’s and continued working until the late 1980’s. She starred in dozens of classic films throughout her career, won two Academy Awards, was one half of one of the most storied rivalries in Hollywood history, and she was integral in getting the studios to loosen their grip on contract players.

Olivia de Havilland’s start in films was as a decorative and beautiful ingenue but within a few short years of her debut in 1935 she was holding her own against Errol Flynn in such classics as The Adventures of Robin Hood (1938), Dodge City (1939) and They Died with Their Boots on (1941). They weren’t great parts, but she and Flynn made a dazzling screen pair. 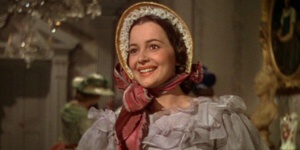 It was her work with Flynn and her casting as Melanie in Gone with the Wind (1939) that ensured her stardom. Although on the surface the genial Melanie seemed too good to be true, Gone with the Wind provided de Havilland with a rich opportunity to counter the dynamic work of co-stars Vivien Leigh and Clark Gable. In de Havilland’s hands Melanie became the grounding influence for many of the other characters. It’s a subtle, complex and fascinating performance that garnered the actress her first Oscar nomination and ensured her immortality on screen.

With her success in Gone with the Wind she was hoping for bigger and better roles at Warner Brothers, her home studio, but that didn’t happen. One gem she did get was Hold Back the Dawn (1941) with Charles Boyer where she played a schoolteacher who succumbs to the charms of a European exile. She was Oscar nominated again but lost to her sister Joan Fontaine for her performance in Suspicion (1941). Never really close, the Oscar prompted a split that would last for the bulk of their lives, although de Havilland said a few years ago that they were able to reconcile before Fontaine passed away.

Even with her rising popularity and two Oscar nominations, the studio didn’t improve the parts she was being offered. She was put on suspension for turning films down and they then added that time to her contract. She sued and, after a long court case, she won and studios could no longer extend the length of an actor’s contract.

And almost immediately de Havilland started getting better roles that really challenged her and her audiences. She won an Oscar for To Each His Own (1946) where she played a mother who has to give up her son when the father is killed in World War I. I think she’s even better in The Dark Mirror, released the same year,  where she plays twins – one good, one bad – in a noir murder mystery. 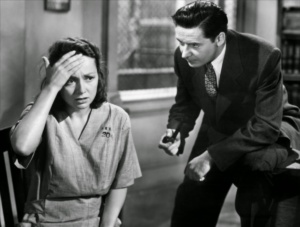 But it was two performances at the end of the decade that cemented de Havlliand’s reputation as one of the finest screen actresses of the era: The Snake Pit (1948) and The Heiress (1949). The former is a harrowing look at a mentally unstable woman forced into the archaic world of mental institutions and de Havilland’s performance in stunning. In The Heiress, she plays a plain woman who falls in love with the charming Montgomery Clift, only to have her father plan to disinherit her if she marries him. She was Oscar nominated for both performances, and deservedly won her second Oscar for The Heiress.

After that, de Havilland’s movie career slowed a bit. There was a strong Gothic love story with My Cousin Rachel (1952) with newcomer Richard Burton. She was in the excellent western The Proud Rebel (1958) and the moving Light in the Piazza (1962).

Like many other actresses of a certain age in the in 1960’s, de Havilland tried her hand with the horror genre – Lady in a Cage (1964) and Hush … Hush, Sweet Charlotte (1964) with Bette Davis. She was good in both, but really terrific playing against type in Hush … Hush, Sweet Charlotte. She had worked with Davis in a number of films in the 1930’s and early 1940’s, but in all of them there was no doubt Davis was the star. Here the two characters are evenly matched and when we discover that all the horrible things that Charlotte (Davis) has suffered are thanks to Miriam (de Havilland), de Havilland is able to turn 180 degrees to show her evil side and it’s a treat to watch.

She moved to Paris in the 1950’s and lived there for the rest of her life, only occasionally coming back to Hollywood to film a project or guest on an awards show. Each year after she turned 100 we were treated to a picture or a brief interview – and as always she was charming, beautiful and classy.