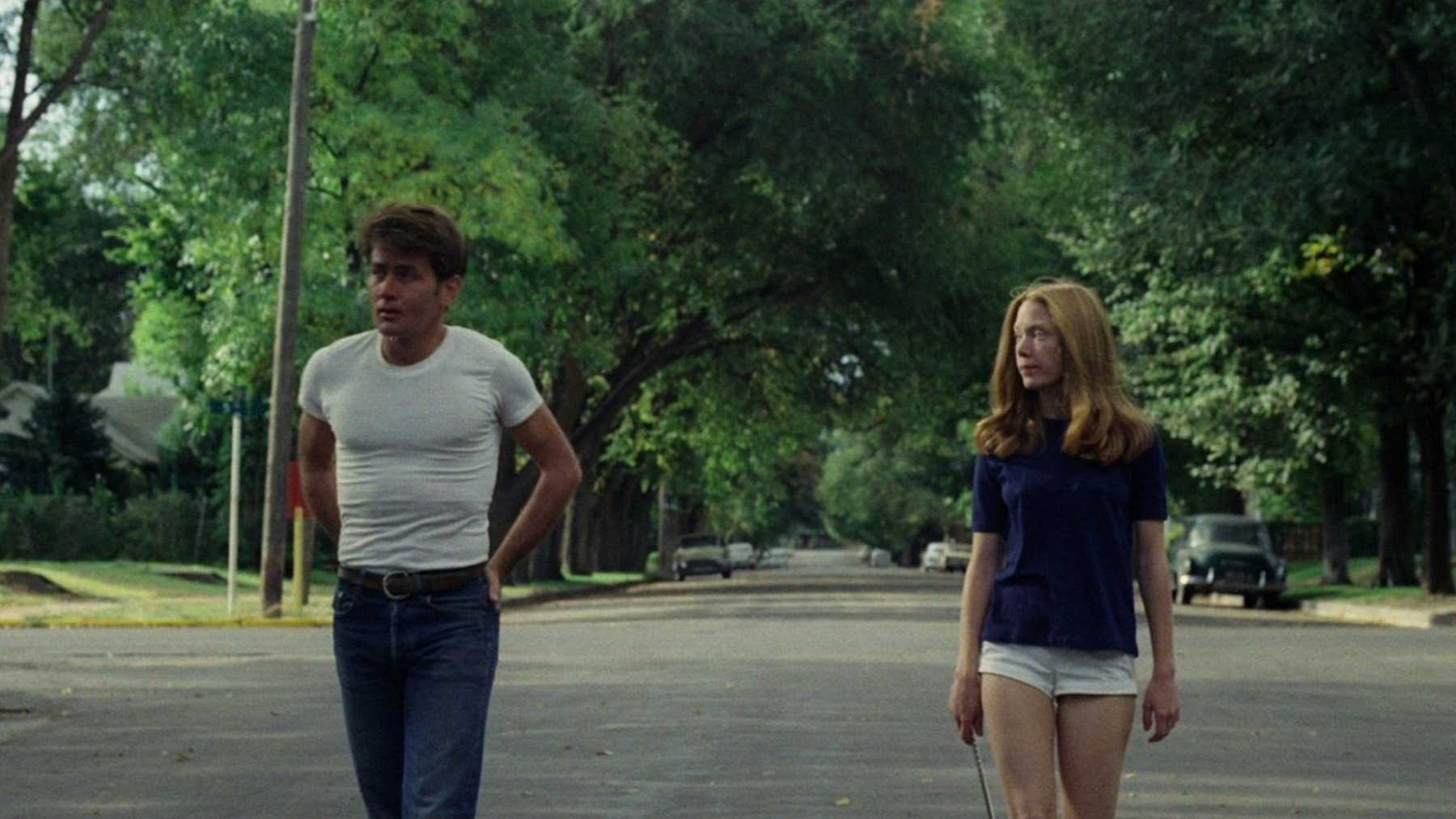 Martin Sheen spent most of the seventies making made for television films, developing a loyal audience fascinated with the electrifying young actor. On the small screen he was brilliant in Sweet Hostage (1974) opposite Linda Blair, and The Execution of Private Slovik (1974). He stunned critics with his haunted performance as marine assassin Captain Willard in Francis Ford Coppola’s masterpiece Apocalypse Now (1979) but was rather shockingly not nominated for an Academy Award as Best Actor. A nomination might have altered the course of his career and launched into films full time, but aside from some key cameo and supporting roles in such films as Gandhi (1982), That Championship Season (1982), The Dead Zone (1983), Firestarter (1984), and Wall Street (1987), he found himself drifting back to television.

Cast as President Josiah Bartlett in The West Wing, Sheen might have found the role of his career. In this intelligent, exceptional drama, Aaron Sorkin delivered brilliant scripts week after week, and after what was supposed to be a cameo appearance, repeated from time to time, audiences responded so strongly to Sheen as the President, he became a lead in the series. In many instances the film mirrored what was happening in the world including a terrorist attack similar to 9/11, the assassination of a terrorist meaning harm to the USA, the kidnapping of the President’s youngest daughter and an assassination attempt on Bartlett himself, the finest episode of the entire series. Surrounded by one of the greatest ensembles assembled for a TV drama, Sheen was brilliant week in and week out, creating one of the most compelling characters in the history of television. Nominated for an Emmy Award six times for his role as Bartlett, he won the Golden Globe for his work in 2001, earning constant acclaim. It was written that the American people would be happy with Jed Bartlett as their President, feeling he would do a superior job to George W. Bush.

His success on The West Wing brought sporadic film roles, including Catch Me If You Can (2002) in which he was outstanding as a man being duped by his daughters fiancé; Bobby (2006) working with his son, director-writer Emilio Estevez; The Way (2010) a brilliant film with a father paying homage to his son completing a walk his son died attempting; Seeking a Friend at the End of the World (2012) again as a decent father trying to help his estranged son and, best of all, in Martin Scorsese’s The Departed (2006) as the fatherly police Captain brutally murdered by the mob he is attempting to bring down. Sheen has become one of the most reliable character actors in the business and shows no sign of slowing down.

But my goal is to look back at where his career really began. Onstage yes, on television, yes, but the explosion that was Martin Sheen happened in a sparse, influential film by a young filmmaker named Terrence Malick entitled Badlands (1974). You might not have heard of the film, but if you have seen Kalifornia (1992), True Romance (1993) or Natural Born Killers (1994) you must certainly have felt its influence. Quentin Tarantino has stated Badlands was among the most influential films of his career, and watching both True Romance and Natural Born Killers you can feel it and see it.

Based very loosely on the murder spree of Charles Starkweather in 1958, though neither characters in the film use real names. Kit (Sheen) and Holly (Sissy Spacek) stand in for Starkweather and Caril Ann Fugata, though it is clear who they are portraying throughout the film.

“I saw her standin’, on her front porch just twirlin’ her baton,

Me and her went for a ride sir, and ten innocent people died.

From a town in Lincoln Nebraska, with a sawed off 410 on my lap,

Through to the badlands of Wyoming, I killed everything in my path.”

With those simple but powerful lyrics, on his magnificent acoustic album, Nebraska, Bruce Springsteen sums up the film, though he did so long after the film was released, providing again a staggering influence from this film. With just two characters, though there are some very small supporting parts, Malick created a compelling powerful work, seething with an inner rage, an allegory for the American youth of the time, enraged over Vietnam. 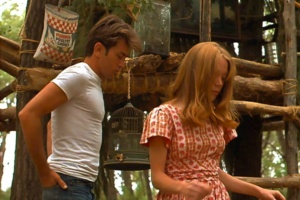 Kit (Sheen) sees her on the porch, and because he looks just like James Dean, she goes along with him never realizing what she was getting into. When Holly’s (Sissy Spacek) father kills her dog as punishment for spending time with Kit, whom he dislikes, Kit returns to the house and shoots her father dead. They fake suicide by burning the house down, and hit the road, staying off main highways, moving through the badlands towards Montana.

They set up an idyllic existence for a time in the woods, stealing food and fishing, but it is only a matter of time before they attract attention and bounty hunters descend upon them. Without hesitation, Kit shoots the three bounty hunters dead, in cold blood, and again they hit the road. Holly seems to take the killing as routine, as though Kit has no choice. They find they are not even safe among friends, as Kit’s friend Cato deceives them, forcing Kit to kill him as well as a couple of teenagers they happen upon.

Now fugitives wanted for murder, Kit knows they may well die before being taken in. Stopping at a rich man’s home, they steal supplies, clothing and his car, a Cadillac, but for the first time spare the lives of the older man and his housekeeper. What they do not realize is that the police are not far behind, right on their tails actually. Holly, bored and tired of the killing and the running and frankly tired of Kit refuses to go with him this time, and he leaves her at the house. Turning herself in, she gives the police all the details they need to catch up with and charge Kit with multiple homicides, thus when finally caught, he knows he is going to be executed. Though he loves the attention he gets from the press, and the police, for a time he is a star, what he really wants is to see Holly one more time.

Kit is indeed executed for his crimes while Holly will go on to marry a lawyer, given probation because she offered evidence, and the police never believed she had anything to do with the killings. Will she ever forget or come to terms with her murderous joy ride with Kit?

Sheen is darkly electrifying as Kit, projecting a dangerous presence from the first moment we see him as a garbage man. There is something alarming about him, the way he stands, the cocky way he approached Holly, his blatant, disregard for her father, and the cold blooded manner in which he kills. Kit is a perfect killing machine, free of conscience, and clearly a psychopath merged with being a sociopath. The fact he can feel anything for Holly is remarkable, though I suspect she would become useless to him at some point and eventually he would kill her. It is a stunning piece of acting that the critics loved and should have earned the actor an Oscar nomination for Best Actor, though I concede 1974 was a difficult year as there were so many great performances. Sheen certainly have been a nominee in place of controversial winner Art Carney for Harry and Tonto (1974) or Albert Finney in Murder on the Orient Express (1974).

Spacek is less electrifying but no less brilliant. It is through her eyes we see the film, and Kit, and what she sees, is frightening. She is either devoid of emotions or terrified and fearing to show how she feels. Her beautiful face, those almond eyes show us all we need to know about her and what she is thinking. This was the start of an impressive career for the young actress.

Malick gave the film as spiky look, shooting the wide open spaces beautifully, focusing on the characters, allowing them to be front and centre in the film. With the vast landscapes behind them it gives the idea of just how small they really are in the grand scheme of life, but how they tower over their poor victims.

Profoundly brilliant, this is among the greatest films of the decade and easily among the most influential, though sadly not especially well known. Criterion released a superb transfer of the film on Blu Ray which aside from the big screen is the only way to experience this great American film.

Malick would make just one other film in the seventies, the poetic Days of Heaven (1978) before going into seclusion and ghost writing screenplays. He made a comeback 20 years after with the haunting war film The Thin Red Line (1998) which earned him Oscar nominations for Best Director and Best Picture, launching the second half of his career. The New World (2005) was an astonishing film about the settling of New America, stunning to look at, while The Tree of Life (2011) seemed to break ground in terms of redefining cinematic language before moving into a strange period of hugely self-indulgent films that scream artistic masturbation. Last year he gave us a great film about a man refusing to cooperate with the Nazis during the Second World War in A Hidden Life (2019) which was a welcome return to fine narrative cinema. 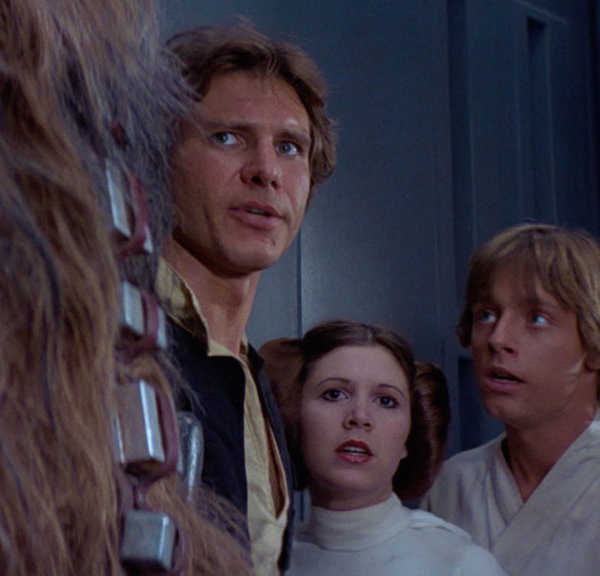 THE GREATEST AMERICAN FILMS OF THE SEVENTIES: #20 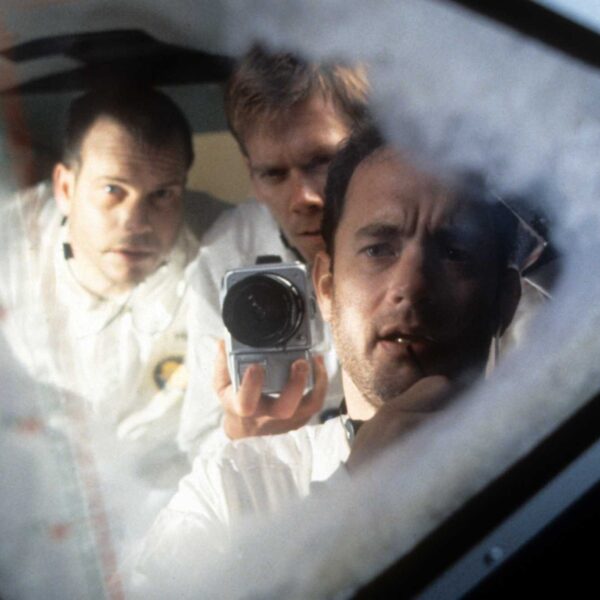