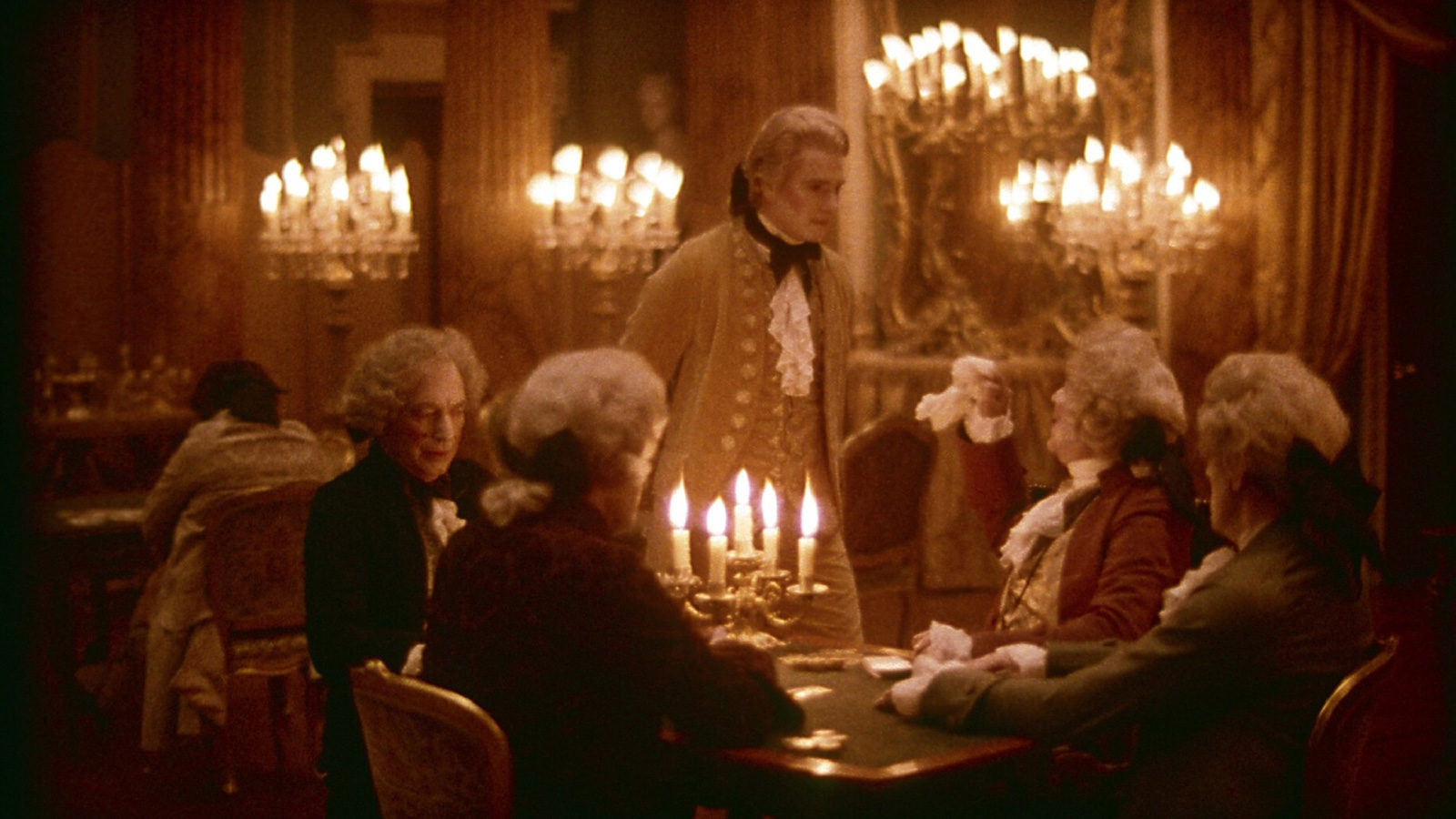 Revered as a filmmaker for almost his entire career, there is no debate as to the genius of Stanley Kubrick. Though he made just 11 films in the years spanning 1957 until his passing in 1999, at least four of them are among the 30 greatest films ever made. He advanced cinema art in leaps and bounds, challenging audiences and critics with his profoundly demanding cinema, yet though nominated for an Academy Award as Best Director four times, never was he a winner.

A Kubrick film cannot ever merely be watched, no, it must be experienced. You must give yourself over to the film in every way allowing the visuals and sounds to wash over you, pulling you into that particular world.

When critics discuss his greatest works Dr. Strangelove (1964), 2001: A Space Odyssey (1968) and A Clockwork Orange (1971) are the most often discussed works and for me his greatest film remains A Clockwork Orange, set in a futuristic dystopian society that to this day still feels like a possibility. How many films, nearly 50 years old remain that topical, this urgent, or this possible?

His most unappreciated film, as well as his most visually beautiful movie might be Barry Lyndon, which to this day remains underrated and under seen. Forty-five years after its release in 1975 it remains an exquisite picture that brings to crystal clear life the late 1700’s and early 1800’s. The film has grown in stature through the years, to be recognized today as one of his greatest four films, and justly so.

There are shots in this film that feel as though Kubrick and cinematographer John Alcott entered a time machine, emerging in the 18th century capturing the pristine countryside, the impossibly blue sky, the lush greens of the forests, and the burnished light by the candles lit in the castles. Famously, Kubrick borrowed lenses from NASA used in space, in order to properly capture the scenes shot with candlelight. 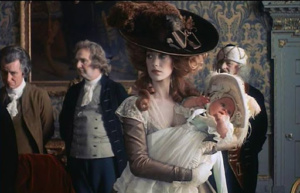 Barry Lyndon might be the most exquisite and profoundly beautiful film I have ever scene. Painstaking effort went into the look of the film, to bring to the screen the world the characters of the Thackeray novel inhabited. Of the six films Kubrick made after Dr. Strangelove (1964), this was perhaps the least celebrated, yet in hindsight is most worthy of revisiting and exploring with cinematic joy. It is a rapturous film to look at, stunning in it’s hushed, still beauty, the breathtaking vistas like a second character in the picture. All this is impeccable, perfectly framed by Kubrick in shots that could hang in a gallery as great art.

Kubrick transports us back to the late 1700’s in every conceivable way, from the crisp, stunning colours on the screen, the sounds we hear, the absolute lack of technology, the burnished glow of life lit by candlelight, nature, the director flawlessly recreates a world 200 years removed from this one. So complete was the journey back in time, it was startling to step out of the cinema into light, the sound of cars, the 20th century.

Set in 1750 Europe, the characters move about from country to country, as young Redmond Barry (Ryan O’Neal) seeks his place in society. Forced to flee Ireland after a duel, he is robbed of his money, his horse and boots, leaving him with nothing, forcing him to join the army to earn a living. Barry saves the life of an officer, earns himself a reward and continues to climb the social ladder through deceit and lies. As part of a card game scam he finds himself in the highest courts in the land, moving among wealth and royalty. It is here he first spots Lady Lyndon (Marisa Berenson) and her ancient, wealthy husband walking in the garden with her child. He sets his sights on her, seduces her, and patiently waits for the old man to die, and sure enough, die he does. Barry wins the Lady, earning the hatred of her son, and marries her, gaining himself the name and title he has chased for so long.

But as it is with so many men, his character is his undoing. Barry is a lying scoundrel who cheats on his wife, spends her money as though it were his own and treats her son, Lord Bullingdon with disdain, while his own son is golden. The death of his child Brian is the beginning of his downfall, and after publicly beating Bullingdon, he is cast out of society, like a disease no one will touch. Finally forced to duel the boy, he shoots his pistol into the ground allowing the terrified boy to wound Barry, forcing the amputation of his leg. The last shot of him we see is from behind and without the leg he is literally half the man he was.

The final moments of the film show Lady Lyndon signing a bank note for Barry, his payment to remove himself from her life forever, arranged by her son, Bullingdon. Her face is overcome with regret, grief and we realize despite everything he put her through, she still loves him.

Kubrick received heavy criticism for casting Ryan O’Neal in the lead role because film academics did not believe the actor was a major artist. Oscar nominated for Love Story (1970), O’Neal found great success with director Peter Bogdanovich in What’s Up Doc! (1971) and Paper Moon (1973) before Kubrick cast him as the lead in his film. Such a huge coup for the actor! What worked for O’Neal was portraying a character at a time with such repressed emotions. O’Neal did not have to show a great deal of emotion, he relayed most of it through his expressive, soulful eyes. I think it is the finest work of his career, though he admitted working with Kubrick was never easy, the 30 and 40 takes were often exhausting. With the entire film on his shoulders, O’Neal holds it together with a very fine piece of acting. It is quite an achievement to convey mood in such stillness, but both O’Neal and Kubrick work a particular kind of magic.

Much was made of the meticulous beauty within the film and true enough the cinematographer John Alcott richly deserved the Academy Award he won for the film. The crisp, pristine beauty transports us back in time with breathtaking confidence. The achievement in cinematography remains one of the greatest in the history of the movies.

Kubrick uses stunning tableaux throughout the picture, a startling stillness that is overwhelming in their raw power. This was truly a simpler time, free of electronics, of vehicles, of anything considered modern. Sweeping us into his massive filmmaker arms, Kubrick deposits us in a different place, time and world to give us an unforgettable experience.

Nominated for seven Academy Awards, the film won the New York Film Critics Award as Best Picture and Director and won four of its seven Oscar nominations. It’s reputation as a masterpiece has grown in stature since its release. 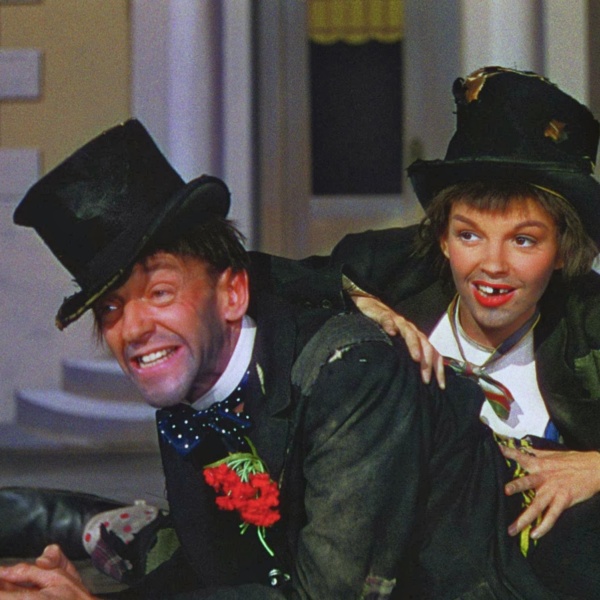