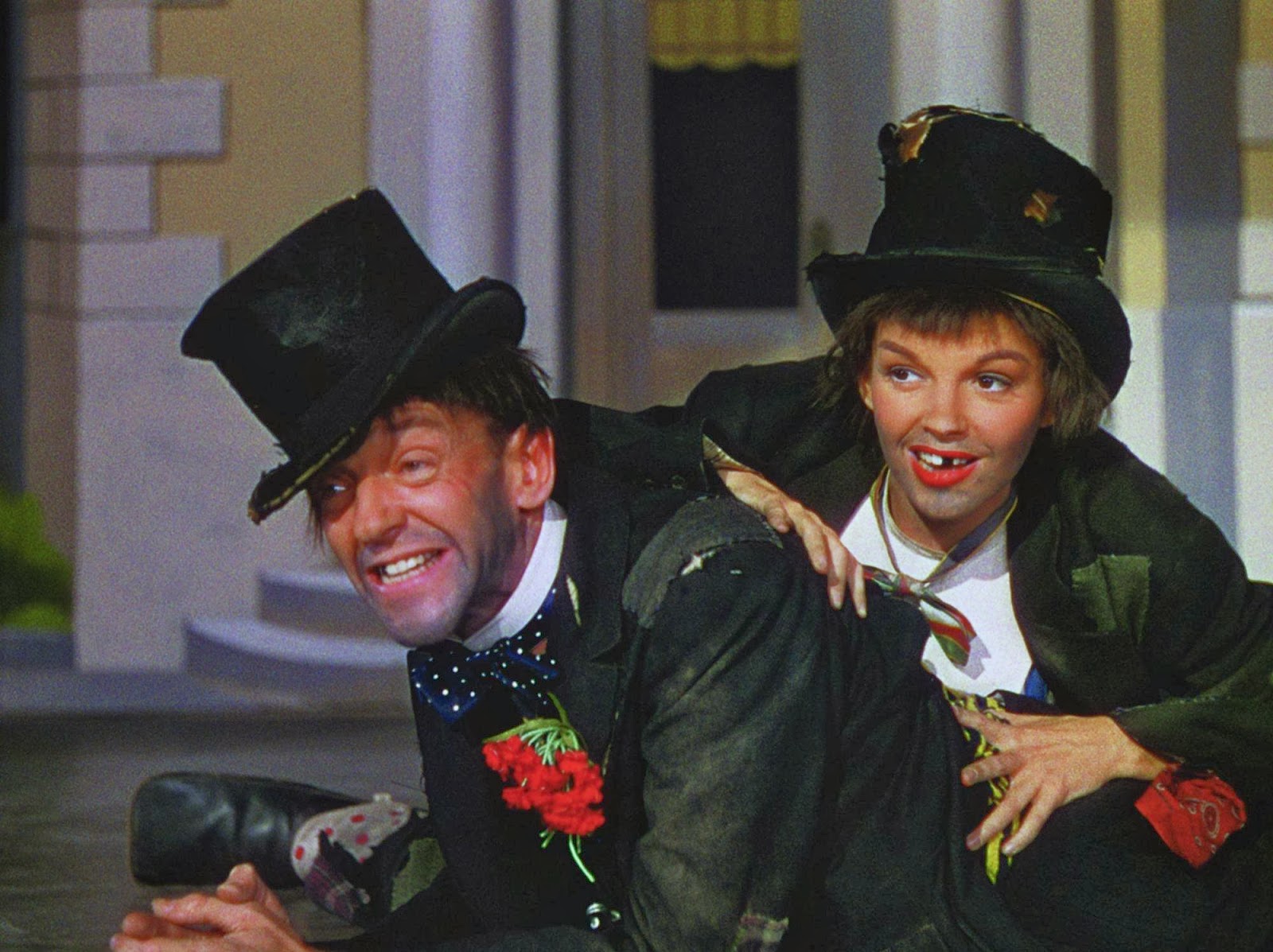 There’s very little to do with Easter in this 1948 musical, but that hasn’t stopped it from becoming a staple at this time of year. The film opens with Don Hewes (Fred Astaire) buying Easter gifts for his girlfriend (Ann Miller) and the film ends with Don and Hannah (Judy Garland) strolling down New York’s Fifth Avenue as part of the annual Easter Parade, with viewers assured that Astaire and Garland’s future would emphatically be one of happily ever after. 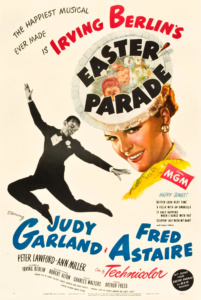 But it’s the 100 or so minutes in between that make this film one of the classic MGM musicals of the decade and one of the best projects that either Astaire or Garland were ever associated with.

Easter Parade is one of many films of the forties to the mid-fifties to be built around the song catalogue of composer Irving Berlin and I think this is probably the best of the bunch. It has a charming and funny screenplay, it’s beautifully designed in the style that only MGM could pull off with its wealth of resources, and the production numbers are terrific. But, most of all, it has Garland and Astaire at the top of their game, as well as a wonderful supporting turn by Ann Miller.

Like many other films in the thirties and forties, it uses the early years of vaudeville and Broadway as a backdrop to tell a show business story about two performers who don’t seem ideally suited as either performers or as potential love interests. But time and circumstance make sure that all changes. Astaire and Miller start the film as dancing partners, but she decides to go solo leaving Astaire to find another partner. He says he can turn anyone into a performer, spots Garland in the chorus of small night club, and decides she’s the one. He tries to turn her into a carbon copy of Miller, but soon learns that she’s much more than what he sees – a great singer and an entirely different type of dancing partner. He soon starts falling for her, but Miller and Peter Lawford keep popping up to ensure that things don’t go too smoothly.

This all provides a wonderful back-drop for some terrific musical numbers inspired by the Irving Berlin catalogue:

For many (including me) the film’s musical highlight remains “A Couple of Swells”, an imaginatively but simply staged number where Garland and Astaire play a couple of down and out bums who dream of the finer things in life, all performed on a conveyor doubling as a sidewalk to give the pair the illusion of constant movement. 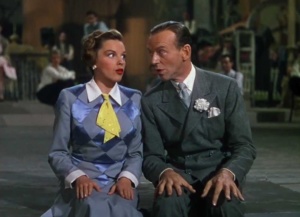 Astaire had actually retired before this film went into production, but Gene Kelly (who had originally been cast) had injured himself. The call went out to Astaire to take over and thankfully he said yes.  He’s wonderful as the slightly elitist dancer, brought down to earth by Garland’s Hannah. The film assured the second phase of his amazing career.

But it’s Garland who is the heart of the film. It’s one of her best performances and affirms her position as the best musical comedy star of the decade. She’s sweet, vulnerable, feisty and absolutely shines in the musical numbers. She also looks beautiful in the many period costumes.

Director Charles Waters does a wonderful job with his straightforward approach to both the story and the musical numbers. There isn’t a weak moment in the film, which I think is probably one of the top five musicals from the MGM golden period of 1939 to 1958. It remains a seamless and wonderfully entertaining movie, deserving of the rediscovery it receives in the spring of each year. 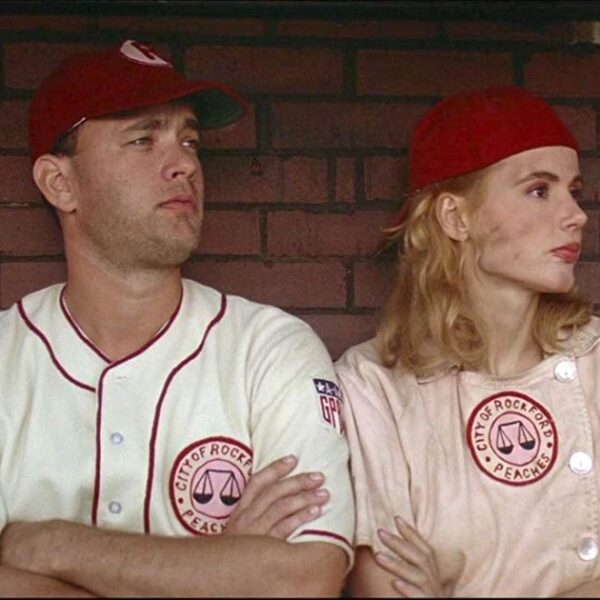 THE GREATEST AMERICAN FILMS OF THE NINETIES: #15 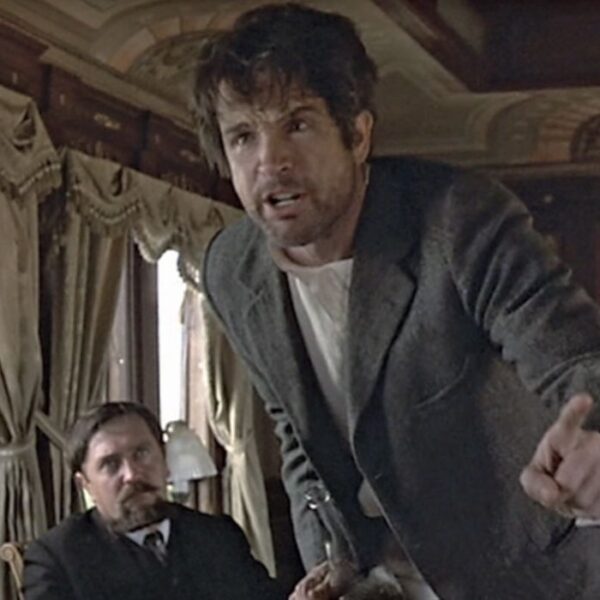