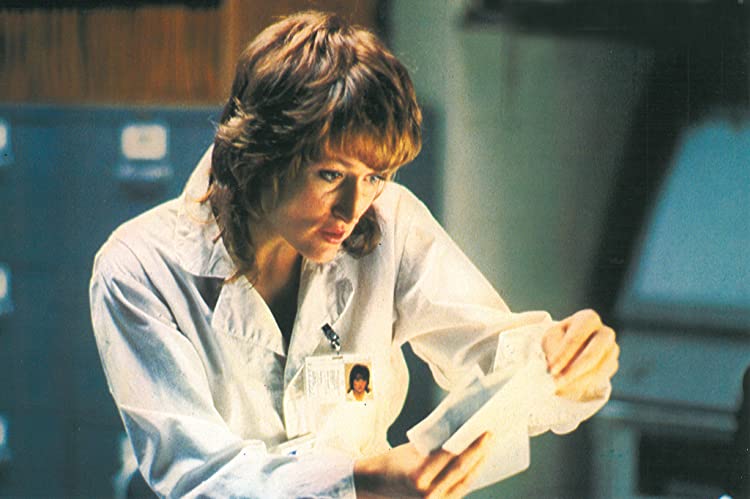 In this fourth installment in my series on Corruption in the Movies I’m focusing on movies about real life whistle blowers. A whistle blower is a person who discovers a wrongdoing within an organization and anonymously or secretly reports it to the authorities or to the media.  In so doing, a whistle blower takes a great risk of facing retaliation in the form of job loss, harassment and, in some cases, bodily harm.  What follows are two of my favorite films about two similarly strong women, with two very different outcomes. 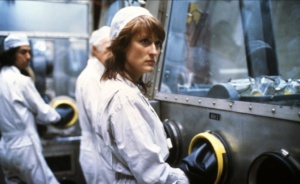 Silkwood is a biographical film based on the real-life of 28-year-old Karen Silkwood (Meryl Streep), an unremarkable woman and an early whistle blower, who perished in a suspicious car accident while investigating alleged corruption at the Oklahoma based Kerr-McGee plutonium plant where she was employed. At the plant, Silkwood worked on a line making radioactive Mixed Oxide Fuel (MOX) rods which were being manufactured predominantly for use at the U.S. Department of Energy’s reactor at the Washington State Hanford Nuclear Reactor Site.

During her employment, Karen Silkwood witnesses numerous violations at the plant where she works, including lax safety measures resulting in contaminated workers requiring tortuous decontamination showers and humiliating full-body scrub downs, falsified product inspection records and altered safety measures reports covering up potentially dangerous and life threatening defects in products. These acts treated with a patronizing and cavalier arrogance by plant managers who, preoccupied by the thought of losing lucrative government contracts, strong armed affected employees into signing statements absolving the company of any responsibility or wrongdoing.

Karen, as with most of her neighbors and her coworkers had little education, surviving by working at the nuclear production plant which is the only real paying opportunity in a one company town. Many of the employees actually valued their job security above their own personal safety. They spent their lives being instructed to trust authority, to whom they feel inferior and are intimidated. It is no surprise then that Karen’s co-workers become afraid that being seen talking to her could negatively impact their jobs and their livelihood.

Upset with what she is experiencing, and frustrated by constant bullying and harassment from management, Karen contacts a reporter from The New York Times and arranges a late-night meeting to share documents she has obtained which demonstrate her findings. In the film’s final moments she leaves a union meeting with documentation of her observations, enroute to her meeting with the New York Times.  The film ends with the vision of approaching headlights in Karen’s rear-view mirror, fading out as the lights draw up, their brightness taking over the screen.  The next and terminating scenes show the aftermath of the fatal one-car crash, followed by her totalled Honda Civic slowly being towed past the restaurant where the union meeting is still in progress. No documents are recovered from in the car.

The film strongly implies the accident was deliberate but does not go so far as to suggest who might have been responsible.

Karen Silkwood’s real-life tragedy gave rise to the 1979 lawsuit, Silkwood v. Kerr-McGee, led by her decedents. The court rendered a verdict resulting in the largest amount in damages ever awarded for a case of this nature at the time – $10 million in damages to be paid to the Silkwood estate. Numerous appeals and delays by Kerr-McGee led to a final settlement of $1.3 million.

The Kerr-McGee plutonium plant closed in the following year.

Director Mike Nichols and writers Nora Ephron and Alice Arlen went to extraordinary lengths to ensure accuracy was maintained throughout the film, incorporating factual incidents and detail exactly as they had occurred. 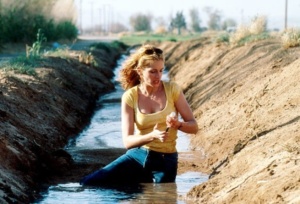 Erin Brockovich tells the true story of underdog Brockovich (Julia Roberts) who, with the help of a small-town lawyer Ed Masry (Albert Finney), take on Pacific Gas and Electric (PG&E), winning the largest settlement ever paid in a direct-action lawsuit in U.S. history.

The suit (Anderson, et al. v. Pacific Gas and Electric, file BCV 00300) pertained to the company’s contamination of the southern California town of Hinkley’s drinking water with poisonous chromium. Basically, wastewater from the company’s compressor station was being discharged directly into the town’s groundwater, which poisoned the drinking water, causing sickness and cancer in Hinkley’s residents.  These environmentally irresponsible and dangerous actions were well known to the company at the time and hidden under a systematic cover-up.

In contrast with many legal tales, Erin Brockovich maintains a straightforward “David vs Goliath” approach, rather than muddling the story with shifty characters, double-crosses and unnecessary drama. The film clearly lays out the investigation, hardship and fight against corporate corruption where the cost of profits is the health of the town residents.  In the film, the viewer pretty much already knows what will happen in the end but remains fascinated by the battle itself.  Erin’s brassy and somewhat unorthodox approach is made appealing by her passion and unique ability to bond with the victims of chromium.  All of which helps endear her to movie viewers who quickly understand and appreciate her uphill struggle.

In 1996, Anderson, et al. v. Pacific Gas and Electric was settled for $333 million. Erin Brockovich has since become a television personality, hosting her own TV series called Challenge America with Erin Brockovich on ABC and Final Justice on Zone Reality. She is the president of Brockovich Research & Consulting and also works as a consultant for several law firms.

Corruption in The Movies: Part One Corporate 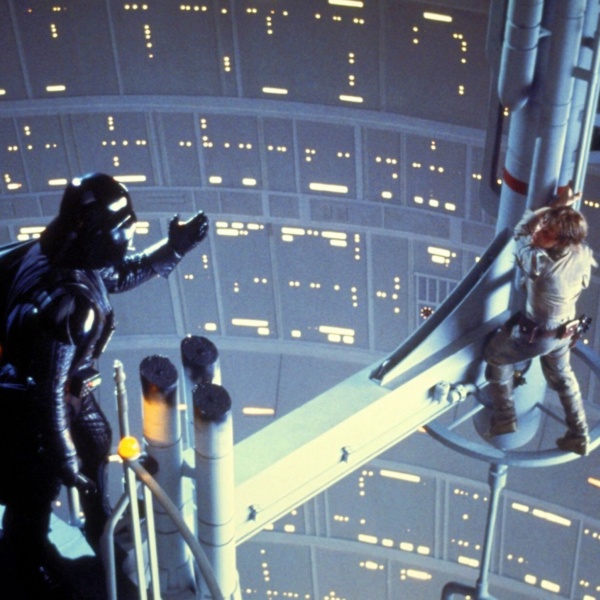 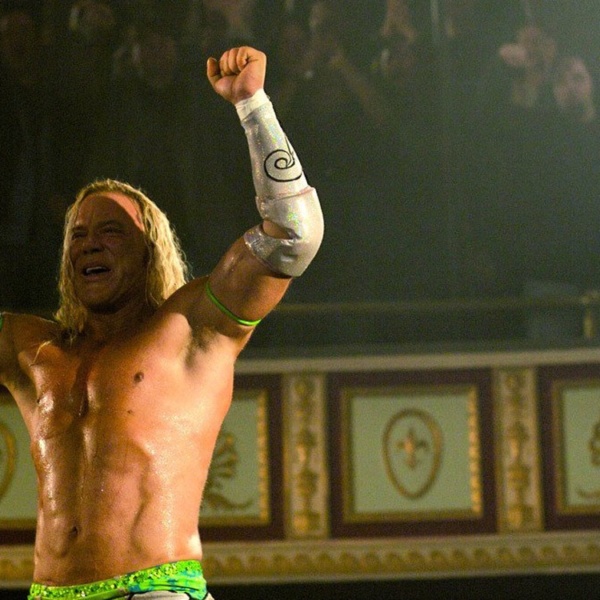