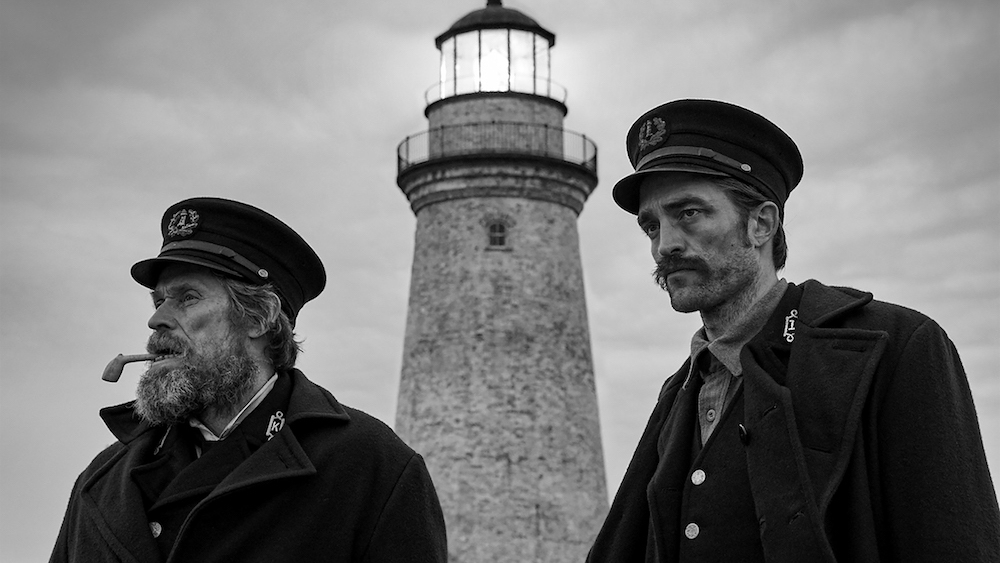 Robert Eggers’ new film wowed audiences at Cannes and TIFF, the nightmarish black and white cinematography calling to mind the great films of the German Expressionistic period. Dread fills every frame, from the first blast of the lighthouse horn before the isolated tower comes into view through the fog, through to the hallucinations and nightmares that grip the two men during their month of duty at the lighthouse. The shadows seem to close in on them, the mournful wail of the horn puncturing the long, lonely nights as the sea rages around them. The film feels like a fever dream merged with a nightmare, and that mounting sense of horror works on you throughout. You feel, you know something terrible is going to happen, but you can never entirely figure it out.

Atmospheric, moody, you can feel the walls closing in on the men as they begin a descent into madness, each impacted by the staggering loneliness and visions in and around the lonesome tower jutting up from the ground, beckoning sea farmers home. The wind howls constantly, the sound of the sea crashing onto the rocks provides a strange soundtrack that makes us uneasy.

Eggers obviously studied Melville’s great novel Moby Dick, because the language the men speak, vulgar old Tom especially seems to float from the pages of the grand book. An old sea dog, likely with salt water flowing in his veins, Tom Wake (Willem Dafoe) talks incessantly, drinks hard, is up all night manning the lamp, only to sleep all day, after issuing orders to the younger man as to what his duties are. Ephraim (Robert Pattinson) did not expect such back breaking work, day after day, merging with his nightmares when he sleeps where he sees mermaids in the sea, and through the day is tormented by an aggressive one eyed sea gull. No surprise when the young man suddenly grabs the offending gull and smashes it into bloody goo, but in doing might have angered the Gods of the the Deep.

As the weeks pass, the two men become more friendly, talking through their meals, drunkenly dancing and singing, until realizing their boat has not come to get them and they have no idea when they are getting off the rock. By now their minds are fragile, about to slip into the hell of insanity, but are they strong enough to battle it?

Willem Dafoe might be the finest character actor working in film today. Coming off two consecutive Academy Award  nominations, Best Supporting Actor in the much lauded The Florida Project (2017) and last year for a surprise nod for Best Actor as Van Gogh in At Eternity’s Gate (2018) leaning no reason to believe he will not be nominated again for his work here. Looking like a homeless old live action Popeye, he is a crude old fellow, bellowing at the younger man, ordering him around like his own personal slave, until he sees some sand in Ephraim. The Melville speak of the script flows off Dafoe’s tongue easily, as though this was the only way the actor could speak. This fine actor first came to the attention of critics as the counterfeiter in To Live and Die in L.A. (1985) which he followed with an Oscar nominated turn in Platoon (1986) and brilliant work as Jesus Christ in Martin Scorsese’s The Last Temptation Of Christ (1988). Working often through the nineties, he was again nominated for an Oscar as Max Schreck in the film Shadow of the Vampire (2000). Looking lean, hard and tough as nails, his performance as Tom Lake is splendid.

The revelation of The Lighthouse is Robert Pattinson, who has slowly been building a fine resume to wash away the bitter memory of the Twilight franchise. Though the vampire love story made him famous and wealthy, both he and co-star Kristen Stewart became fodder for the tabloid and were ridiculed for their performances. Looking to evolve as an actor, Pattinson stepped outside his comfort zone, portraying a seducer of wealthy women in Bel Ami (2012), a wealthy, mysterious young man in Cosmopolis (2012) for David Cronenberg, who he worked with again in Map to the Stars (2014), the electrifying Good Times (2017) which earned him rave reviews, and last year in the muted space drama High Life (2018). Growing as an actor with each performance, he commands the screen here, going toe to toe with Dafoe, the muted performance exploding until his eyes all but blaze in their sockets.

Beautifully directed with care, craft and patience by Robert Eggers, who follows his superb breakthrough The Witch (2017) with this powerhouse film. A brave filmmaker he drew on Melville and “Moby Dick”, Gothic horror, ghost stories and sea faring superstitions and myths to create this superb pair of character studies.the challenge will be marketing the film and getting audiences in to screen it on the big screen where that breathtaking black and white cinematography deserves to be seen.

A daring, haunting nightmare of a film. 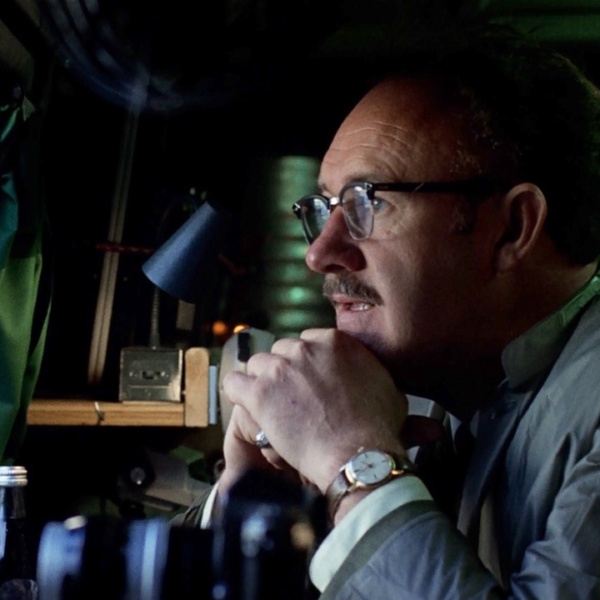 THE GREATEST AMERICAN FILMS OF THE SEVENTIES: #19 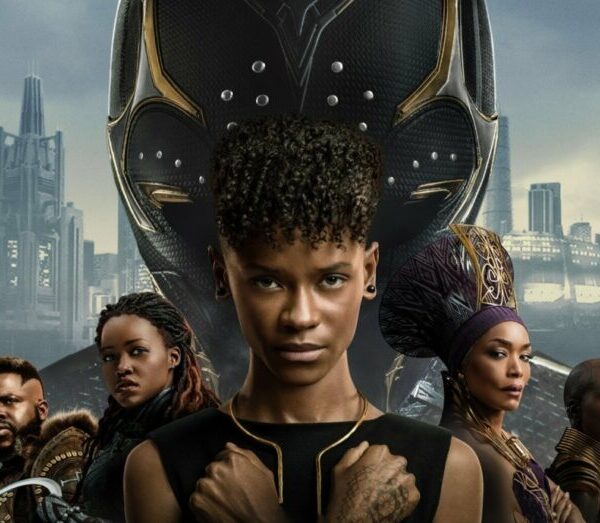