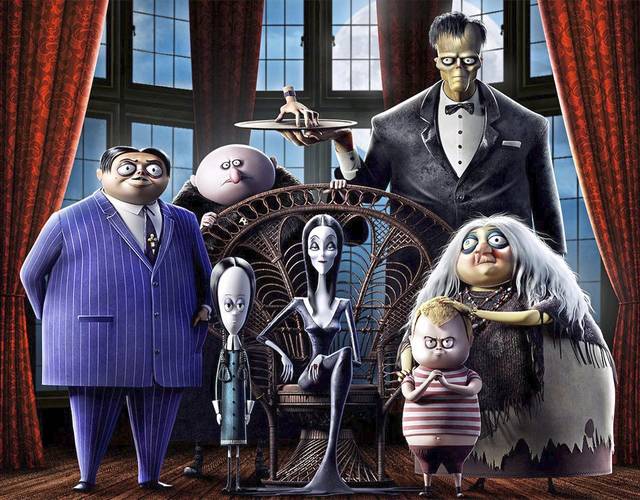 They’re creepy and their kooky …. And they’re back!

The latest incarnation of the everyone’s favorite ghoulish family – The Addams Family – has arrived in theatres as a highly detailed animated movie, reconnecting the well-established family members and locating them in New Jersey. And while it’s a visual treat, there isn’t much else to keep you interested or entertained.

The Addams Family started as a series of satirical single panel comics created by Charles Addams and published in The New Yorker Magazine between 1938 and 1988. The family was also immortalized in a two-season television show in the 1960’s, two feature length movies in the 1990’s and even a Broadway musical in 2010. One smart decision in this latest version was in returning the characters to the original look as created by Charles Addams – Morticia’s tentacled dress, Gomez’s hefty figure, and the rest of the clan all being presented as originally intended. 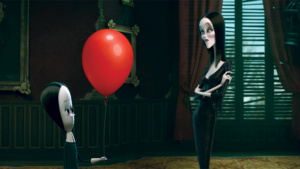 The film starts off well and hints at the promise of some ghoulish details to come – Morticia using the cremated remains of her parents as makeup for instance – and the writers quickly outline their backstory. Morticia and Gomez get married but then are run out of town by torch carrying villagers. They meet Lurch by hitting him with their car, and then quickly find and move into an abandoned insane asylum which they make into their home. The promise of more ghoulish details is then quickly forgotten by directors Tiernan and Vernon as they purge into the various story lines.

The Addams Family is a beautiful piece of animation, highly detailed with subtle little touches such as Lurch’s cracked fingernails and Wednesday’s hair braided into hanging nooses. The fault in the film lies mainly in the lackluster script by Matt Lieberman (Christmas Chronicles – 2018) and Pamela Pettler (Corpse Bride- 2005, Monster House- 2006), which lacks any real momentum or a story that you can get into. And the laughs are few and far between.

The movie has too many different plots that aren’t fleshed out in its 87 minute run time: Pugsley’s approaching 13th birthday where he will be celebrating his “mazurka,” a scared rite of passage similar to a Bar mitzvah but involving a sword dance; then there are the obvious clashes between the Addams clan and the nearby conformist town, aptly named “Assimilation” and being developed by perky reality-TV star Margaux Needler (Allison Janney). The most promising story line involves daughter Wednesday, who enters a rebellious adolescence phase, which would have been quite fun to develop, particularly with what rebellion would mean in a household that’s all about nonconformity. This could have easily been the focus of the film, but it quickly peters out as the script returns to a predictable story about the conflict between the family and the townsfolk.

Part of my excitement in seeing the film was the all-star cast recruited to complete the voice work, but unfortunately the light, unfunny script did not give them much to work with – how do you waste Bette Midler as Grandma? Only Janney was able to inject some well needed passion, humour and villainy into her lines, creating the ultimate pastel villain.

The Addams Family, it’s really not a scre-am.

To read more on the history of The Addams Family in print and on screen, click here. 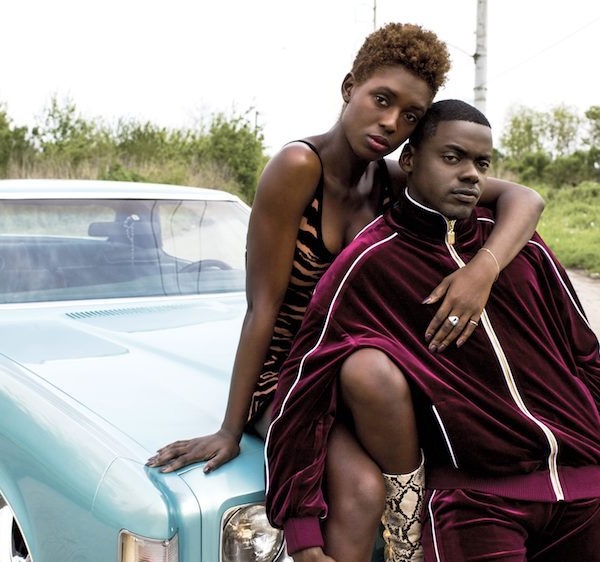 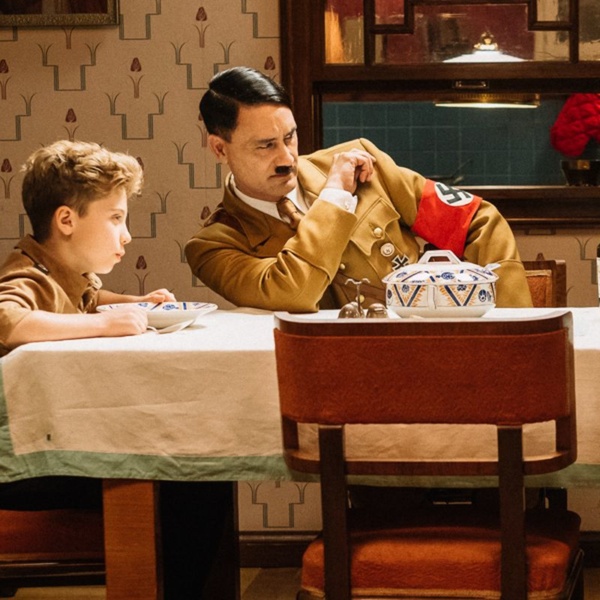