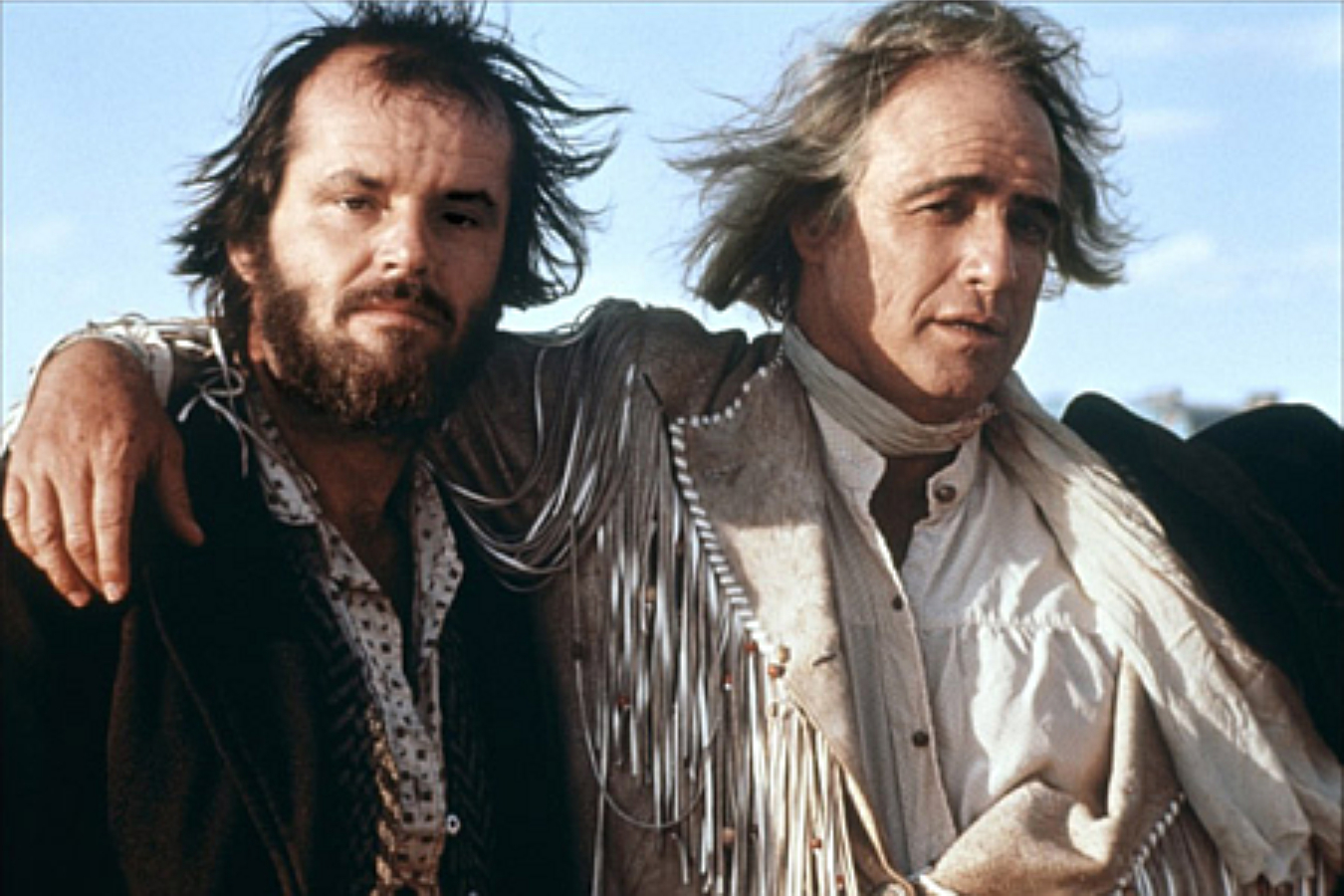 The pairing of two-time Academy Award winner Marlon Brando and Oscar winner Jack Nicholson generated a great deal of excitement when previews and trailers began running for the film in the spring of 1976. On May 21, 1976 the film, a western, opened to disappointing reviews and weak box office. It was the single most disappointing film of the year, perhaps the decade.

Directed by the great Arthur Penn who gave us the iconic Bonnie and Clyde (1967), the film always seemed better than the critics felt it was. What were they missing? Surely this was a vastly underrated film that they had decided to dislike before its release? 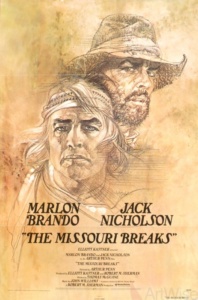 But no, years later The Missouri Breaks remains one of the more disappointing films of the seventies. Now, in hindsight it seems to me to be the first-time audiences witnessed Marlon Brando’s blatant self indulgence brought about by boredom. After revolutionizing the art of acting in the fifties with an array of astonishing performances, he grew bored and listless with Hollywood and how they chose to use him. After firing Stanley Kubrick from One Eyed Jacks (1961) – yes, Brando fired Kubrick and took over directing the film himself –  his behaviour went from erratic to downright batty. He single-handedly ruined the remake of Mutiny on the Bounty (1962) with petty demands, foolish requests and his decision to portray the heroic Fletcher Christian as a fop. His career was in ruins, no one would consider him for good work.

That is until Francis Ford Coppola fought for and got the go ahead to cast the 47-year old actor as the 70-year old mafia chieftain Don Vito Corleone in The Godfather (1972). His performance drew rave reviews, becoming an immediate piece of pop culture, and he won – and refused – his second Academy Award for Best Actor. One year later he was nominated again for his greatest screen performance, Paul, the widower adrift in Paris in Last Tango in Paris (1973). Having refused the Oscar the previous year, there was not a chance he was going to win, and sure enough, he did not. But he was back, a second wave of great actors and acting began in America and Brando was offered new projects everyday. Sadly, he seemed more interested in his payday than giving a great performance. This might be the first time this was clearly, and sadly, apparent.

The Missouri Breaks interested him because he admired Penn as a director and he longed to work with Jack Nicholson, his friend and next-door neighbour, an actor of equal talent and growing stature. Nicholson had been nominated for four Academy Awards before finally winning for his breathtaking performance in One Flew Over the Cuckoo’s Nest (1975). The time to get these talents together was now.

Watching the film today, having not seen it for a few years, I was struck by Nicholson’s subtle, strong turn as horse rustler turned Farmer Tom Logan. Knowing he has been targeted by the gunfighter Robert Lee Clayton (Brando) as a horse thief, they begin a strange game of cat and mouse. Clayton tracks each member of Logan’s gang and kills them in various creative, often vicious ways, moving ever closer to Logan who is waiting for him.

The film ends with one of the most alarming, intimate death scenes I have encountered in a film. Without spoiling anything, it is perverse, twisted and perfect, one man watches another die slowly, a man he himself killed, telling him very calmly “…well, you had just had your throat cut…”. The dying man’s eyes grow wide in terror as blood creeps out of his mouth and down his chin. More than 40 years later this remains one of the most shocking deaths in film history for me, alarming in every way.

Part of the reason the film might have failed is the expectations placed upon it, with the two actors we expected fireworks. We got them, the chemistry between Brando and Nicholson is undeniable, but something so subtle, so muted was unexpected.

Brando is obviously having great fun hamming it up as Clayton with his wandering Irish brogue and array of disguises. But make no mistake, his bizarre behaviour masks a vicious, effective killer, capable of hunting men down and killing them up close or acting as a sniper and ambushing them. One by one he kills off Logan’s crew, working his way to the leader. The performance is fun to watch but often infuriating because we expect more from Brando because he is Brando!

As Tom Logan, Jack Nicholson is rock solid, a horse thief who discovers a knack for farming and is surprised he likes it. His affair with the wealthy land baron who hired Clayton is odd, we are left wondering what attracted him to her, but does not impact the story. We see the quiet, building rage as his men are killed and are not at all shocked when Logan goes hunting for Clayton, who is in turn tracking him.

What audiences and critics wanted was to see the two actors together onscreen, but sadly they have only a few scenes together, one in which Brando sits in a tub full of bubbles, toying with Logan. What he fails to absorb is Logan is one man he should take seriously and fear.

The film was beautifully shot, at times it looks like a Stanley Kubrick film, and we understand why the settlers loved the west. Such a stunning film to look at, yet so very disappointing. 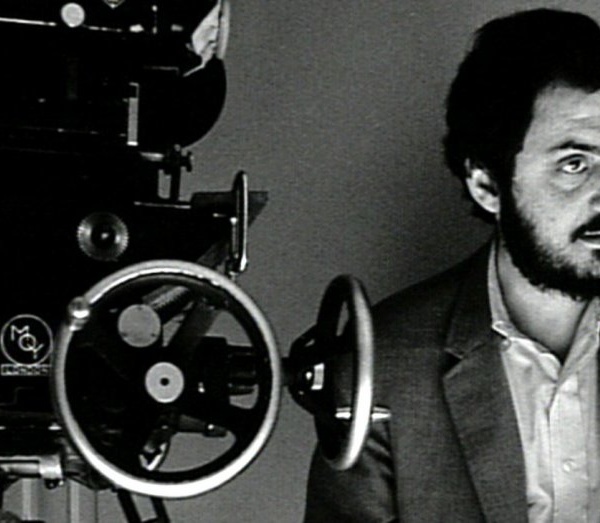 The 10 Best Films of Stanley Kubrick