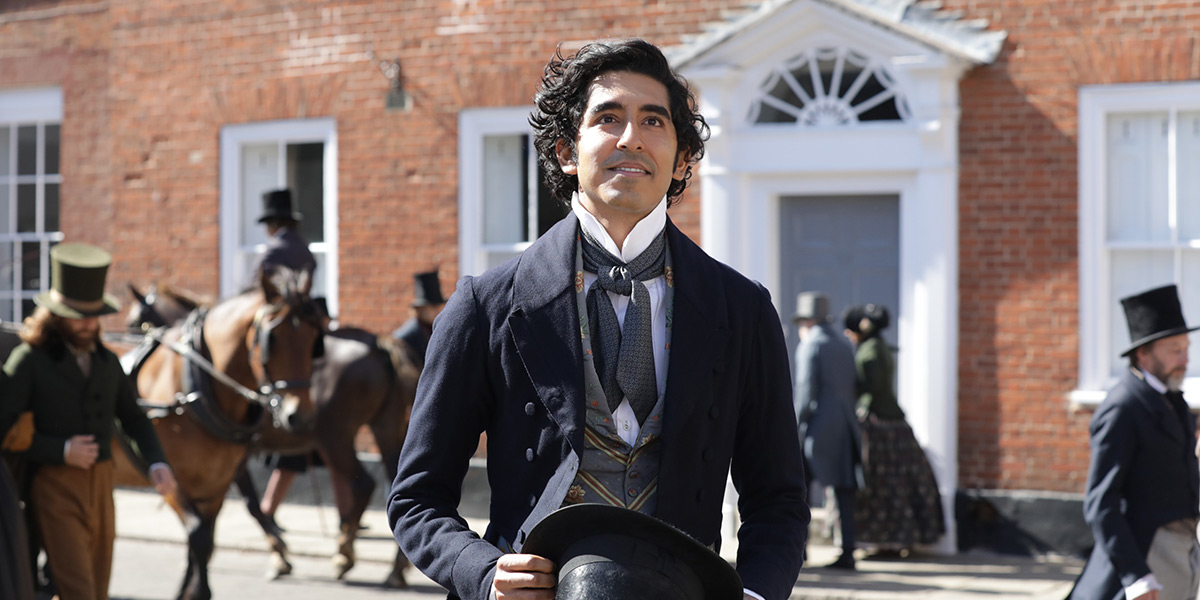 First, a huge shout out to the editor, John, for his amazing coverage of this year’s TIFF daily screenings, and to Nick, for keeping you all up to date on the goings on at the 44th year celebration of all things film.

You may not know because I’m a TIFF volunteer I’m prohibited to share my opinion about any films during the festival. So, just acknowledging my radio silence for this reason and given John and Nick were providing awesome daily reviews.

This is my festival wrap-up with a taste of what it’s like as a volunteer, member and cinephile. I mentored this year too, which was a great opportunity to share my experience of 15 years as a TIFF volunteer.

Well before the first Thursday in September, obviously TIFF programmers are out and about sourcing movies for the schedule which this year was unveiled in entirety on Tuesday, August 20. As a member, I had purchased a flex-pack which enabled me to select films when my redemption window opened on August 27. So, like John Q Public, I wait to figure out what will work with my schedule and hope for the best I’ll get my preferred film choices. And, because I’m a member, I was able to secure my picks before I had to lock in my volunteer commitment which was midnight August 31. I had six movies in the bag by September 5. By the end of festival, I had earned 14 vouchers that I’ll use during regular season screenings or for TIFF Cinematheque.

Films I Watched During TIFF

It’s a big deal that returning volunteers get a movie prior to the start of the festival, but again, we must keep it to ourselves what we saw and our thoughts on same. It takes a lot of hard work to make a film after all. We watched a foreign film 37 Seconds which is an amazing feature directed by Hikari.

It’s a heartwarming story about Yuma Takada (Mei Kayama) a 23-year old Japanese woman with cerebral palsy who aspires to be a successful manga artist. Yuma is fiercely independent and embarks on a journey to gain worldly experience to design for a risqué manga site; to break free of her wretched and deceptive employer who passes off Yuma’s work as her own. The film left me with the desire to be better and do more. Yuma’s story also resonated with me since my nephew has cerebral palsy and recently held his first art exhibit in Pennsylvania. He paints with his feet and is learning to paint with a brush with his mouth.

During festival, I saw several premieres and had assigned seating to boot at two venues. A huge time savings because I didn’t have to line up for hours in advance to pick my seating at general admission theatres. Even then, I lined up about an hour before the other movies, but it was worth it to see Bong Joon-ho’s Parasite the Cannes Palme d’Or winner for best picture. Joon-ho and three principal cast members attended the opening night screening at Ryerson Theatre. Parasite is a dark comedy and aptly named as a metaphor for class discrimination between the rich and less fortunate people in society. The wealthiest class can look down upon poor people, and it’s this clash that drives the plot forward and resolves in an unforeseen ending. I had the best seat in the house with an unobstructed view from the balcony. The audience reception was raucous laughter throughout and thunderous applause at the conclusion. Parasite is scheduled to be released in Canada on October 25.

The Personal History of David Copperfield is an inventive non-traditionally casted, period comedy-drama starring Dev Patel (Slumdog Millionaire and Lion) as Copperfield by Charles Dickens. This was my first TIFF screening and I attended its premiere on September 5 at the Princess of Wales venue. Unfortunately, the movie started late at well past 9 p.m. and was followed by a Q&A with the director and most of the principle cast sans Tilda Swinton. I was bummed that she wasn’t there. I enjoyed the movie and its fresh take on a classic.

Marriage Story blew me away. It’s about the conscious uncoupling of a married couple who not exactly by the husband’s choice become a bicoastal divorcing couple. I chose this film because of director Noah Baumbach and previous works under his helm. Adam Driver steals the second half of the movie playing Charlie, although Scarlett Johannsson is terrific as Nicole, who awakens from the anonymity of being wife and muse to her intense playwright/director self-absorbed husband. Charlie is a wonderful father; is not such a great husband and he has cheated on Nicole. I was very divided who I would side with but for Driver’s raw and wrenching performance, I would have to say I was team Charlie by the end. I recommend this film for its ability to put you in the shoes of both characters – I was mesmerized and struck by the honesty and clarity of each word spoken, and every action and scene is captivating. I can’t think of a false moment.

Coming soon to Netflix is Eddie Murphy in Dolemite Is My Name. Murphy is baacck and based on the reception at the Princess of Wales theatre and reviews, he may get his next Oscar nomination for his portrayal of Rudy Ray Moore. Moore is a seen better days stand-up comedian who assumes an alter-ego as pseudo-pimp, spoken-word performer, action-star hero and movie producer, Dolemite, to regain (Moore’s)  fame and fortune during the 1970s. Moore strikes out on his own to record comedy albums and next to push the envelope in blaxploitation films in Chicago. There are many levels to the film and it is raw, at times over the top and delivers the striking truth of what it was like to be a Black entertainer in the US – not long after the chittlin’ circuit was thought to be a thing of the past. Moore does what he does best and he enlists his loyal friends to come along for the ride and in the process empowering them all to take risks; and make his dream to make a movie about Dolemite a reality. The cast is superb but a special thumbs up to Wesley Snipes. He almost steals it from Murphy is several key scenes. Dolemite Is My Name is inspired by true events.

Seberg starring Kristen Stewart. I got the ticket in the last six minutes to redeem my package. I suppose I vaguely remembered the premise when I hit the checkbox. I wasn’t as drawn to the story as I had hoped. Sadly, Stewart didn’t carry the gravitas I expected of her as Jean Seberg, actress and activist, who befriended members of the Black Panther Party. As an actress, Seberg was a pioneer of French new wave cinema and her breakout was in Jean-Luc Godard’s 1960 film Breathless. Seberg was wire-tapped by the FBI for years and her affiliation and support of the Party cost her, her marriage and career. I wanted to like, maybe like is not the right word, I wanted to feel more empathy for Seberg. I just wasn’t sure if the right tone was set. By the time I saw it, the night before end of festival, I didn’t hear much buzz about it. I understand maybe the reason why?

Instinct, a Dutch drama directed by Halina Reijn, is an ambiguous film about a prison therapist, Nicoline (Carice van Houten – Melisandre, Game of Thrones) assigned to take over the case of a soon to be released serial rapist, Idris (Marwan Kenzari). The story is intense and left the audience with several questions hence why I called it ambiguous – you are left to decide exactly what happened and who was zooming who? Nicoline becomes obsessed with Idris and she loses herself in his charisma and his need to dominate; she to be dominated. There’s also a very disturbing scene of Nicoline with her mother that left me feeling shocked and wondering what their relationship is all about and could this be a dark motivator for her behavior with Idris.

With the close of TIFF 2019, I’m looking forward to my next festival in 2020. I will wait patiently to revisit some of the movies I watched at TIFF once these are distributed or streamed; for the wide release of films such as: Judy, Motherless Brooklyn, Pain and Glory and Joker; and so many more I won’t list them here.  I’m also excited I have a healthy stash of vouchers to watch some new release films and enjoy more well-spent time at TIFF Bell Lightbox (TBL).

Lobby passes were very popular this year at most theatres. It can pay off to rush – a couple waited twelve hours in the rush line hoping to see the premiere of Joker at Roy Thomson Hall on September 9. Joaquin Phoenix’s handlers got wind of this. Not only did the couple get to see the premiere, but Phoenix’s people walked up and gave them tickets to his after party. The popcorn at TBL is still the best in the city. I can’t wait to see JoJo Rabbit, the winner of this year’s Grolsch People’s Choice award. I love the colour orange. 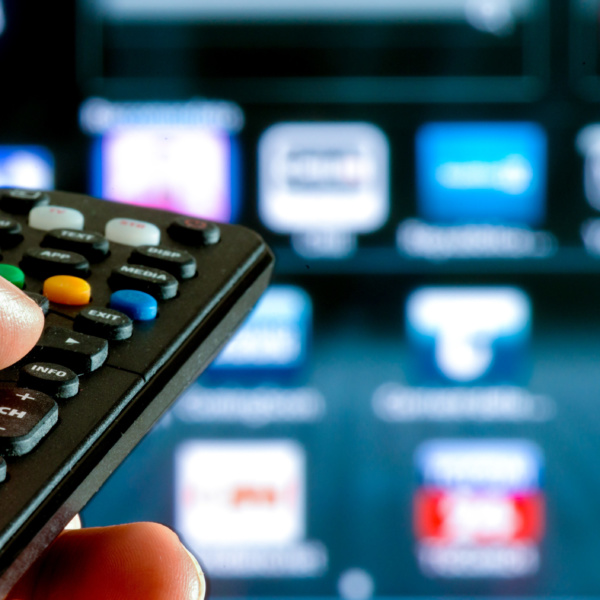 Streaming Wars and the Battle for Subscribers