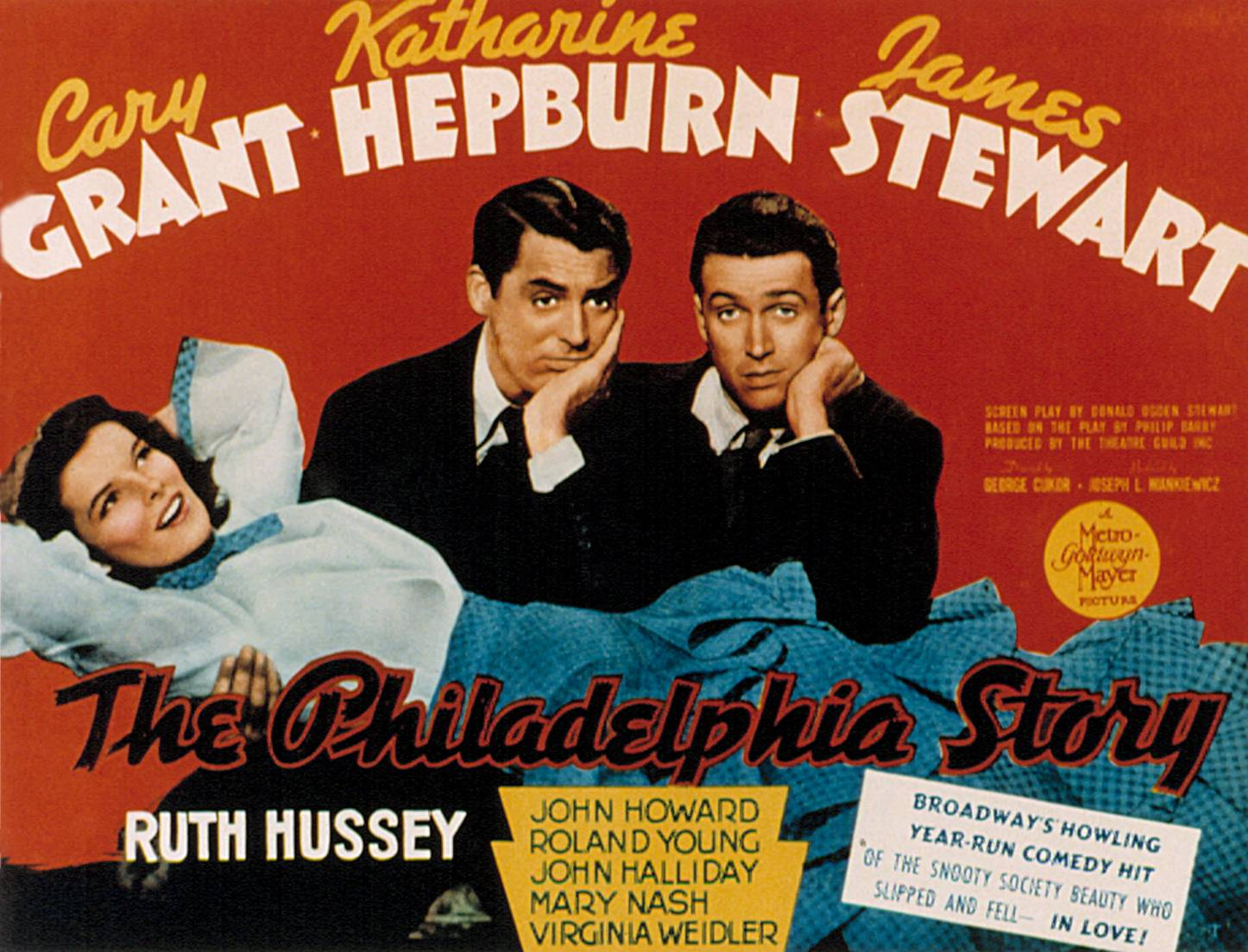 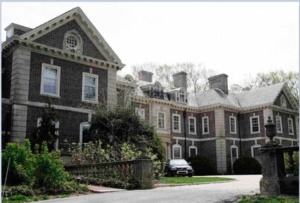 Many may not know this, but the play The Philadelphia Story (and it’s subsequent film adapation in 1940 and musical remake entitled High Society in 1956) was inspired by the true-life Helen Hope Montgomery Scott (1904–1995), a Philadelphia socialite known for her mischievousness shenanigans and high-spirited flirtations. She was the daughter of Col. Robert Leaming Montgomery, founder of the investment firm Janney Montgomery Scott, and his wife, Charlotte Hope Binney Tyler Montgomery. The Montgomery’s hired architect Horace Trumbauer to design and construct a 50-room Georgian Revival summer house located in Philadelphia’s prestigious Main Line on 750 acres. The completed house and some 26 support structures was named “Ardrossan” after the Montgomery family’s ancestral home in Scotland.

Their daughter, socialite Helen Hope Montgomery Scott, was famous for her parties, equestrian prowess and for her official debut into Philadelphia society where she reportedly inspired four proposals of marriage. Fortunately, a college classmate of her husband Edgar Scott was playwright Philip Barry, who immortalize her in 1939 as Tracy Lord in the hit play The Philadelphia Story. Written with Katharine Hepburn in mind for the lead, she immortalized Helen, her family, her life and their incredible home on stage and on screen. On stage Hepburn co-starred with Joseph Cotten, Van Heflin and Shirley Booth.

Produced by the Theatre Guild, The Philadelphia Story opened March 28, 1939 at the Shubert Theatre in New York City. Directed by Robert B. Sinclair, the stage play ran for 417 performances and made over $1 million in box office receipts, and later on tour took in an additional $750,000 over 250 performances. Hepburn backed the play, taking a percentage of its profits in lieu of a salary. Following the play, Howard Hughes purchased the rights for Hepburn, who then sold them to MGM for $250,000 with the condition that she star in the movie and have veto power over producer, director, screenwriter, and cast.

Staring Hepburn, Cary Grant, James Stewart and Ruth Hussey, The Philadelphia Story tells the story of Tracy Lord (Hepburn), a dazzling socialite who is planning to marry her second husband George Kittridge (John Howard). The story follows the wedding plans and the complications surrounding the arrival of her ex-husband C.K. Dexter Haven (Grant), plus a reporter (Stewart) and a photographer (Hussey) from Spy Magazine (the National Enquirer of the day) who are there to write about the wedding in exchange for quashing an exposé about Tracy’s philandering father. The shenanigans continue throughout screwball courtships and tenuous situations leading up to the nuptials. The movie was a success due to Donald Ogden Stewart’s brilliant adaptation of Philip Barry’s play’s witty script, the elegance of the high society setting and the strong performances of a perfectly synergized cast. Director George Cukor took this perfect mix and pulled it together into a gracious, funny and romantic classic.

The film was in production for a mere six weeks starting on July 5, 1940 at MGM’s Culver City studios. The Philadelphia Story premiered in New York City on December 27, 1940, with general release held off until January 17, 1941 so as to not detract from the stage play which was then touring. The film realized $600,000 in sales in its first six weeks, breaking box office records at Radio City Music Hall, eventually earning $2,374,000 in North America and $885,000 elsewhere, profiting some $1,272,000 and winning two Oscars.

Location filming of High Society included the house used for the exterior of Dexter’s mansion, Newport’s Clarendon Court, later immortalized by “Sunny” von Bülow and her husband Klaus. It was here that Sunny fell into the coma from which she never recovered, leading to accusations of murder through Insulin overdose by Klaus. Klaus’s conviction was overturned on appeal as dramatized in Reversal of Fortune (1990). Across the country, the mansion Louis Armstrong’s bus pulls up to in the opening scenes is the Kirkeby mansion (750 Bel Air Rd, Los Angeles, CA) with a matte painted extra floor, as apparently the house on its own didn’t appear grand enough.  As a side note, this mansion would show up later as the Clampett’s mansion in The Beverly Hillbillies (1962-71). The balance of filming was completed at Metro-Goldwyn-Mayer Studios in Culver City, California.

This was Grace Kelly’s last starring role in a major film before retiring from acting as she was at a at this point engaged to Prince Rainier of Monaco. For the film, she wore her actual engagement ring, a 10.5-carat, emerald-cut, diamond flanked by two baguettes costing an estimated $4.06 million at the time. 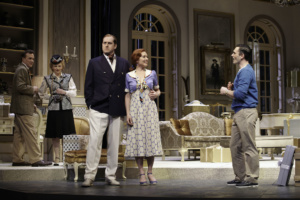 A Broadway musical based on the movie was developed and opened at the St. James Theater (New York City) on April 27, 1998 running for 144 performances. Additionally, various versions of the story were developed for radio, including: a half-hour presentation on The Prudential Family Hour of Stars (February 26, 1950), starring Sarah Churchill, Norma Jean Nilsson, Gerald Mohr and Gene Kelly in the title roles; and an hour-long adaptation airing August 17, 1952, on Best Plays, with Joan Alexander, Betty Furness, Myron McCormick and Vera Allen.

The Philadelphia Story was also adapted for television numerous times including a NBC-TV 60-minute live version which aired December 4, 1950 on the Robert Montgomery Presents program and a December 8, 1954, live 60-minute adaptation of the play which was broadcast on the CBS-TV series, The Best of Broadway.

Helen Hope Montgomery Scott, the inspiration for The Philadelphia Story, passed away in 1995 at the age of 91. Her 750-acre Ardrossan estate has, over the recent decades, been subdivided numerous times. In 1970, 93 acres was purchased by Radnor Township for the creation of Skunk Hollow Park, more recently, 293 acres were sold off for the creation of numerous 10 to 25-acre estate lots. The future of the estate remains in limbo, but the family is committed to retaining and maintaining the main house in its original form. 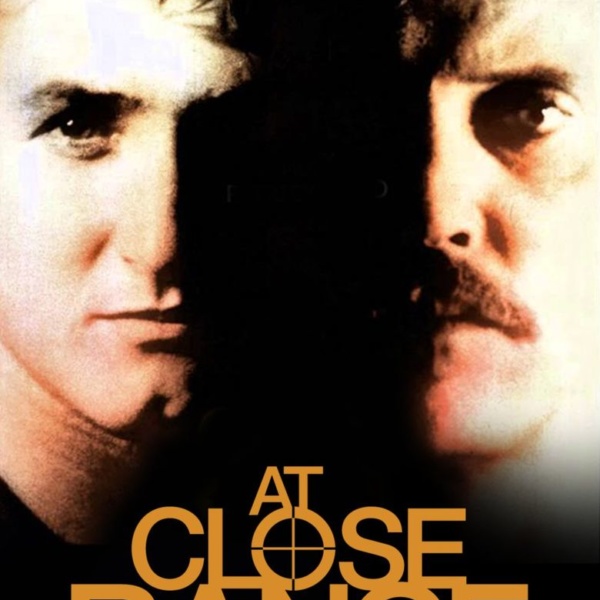 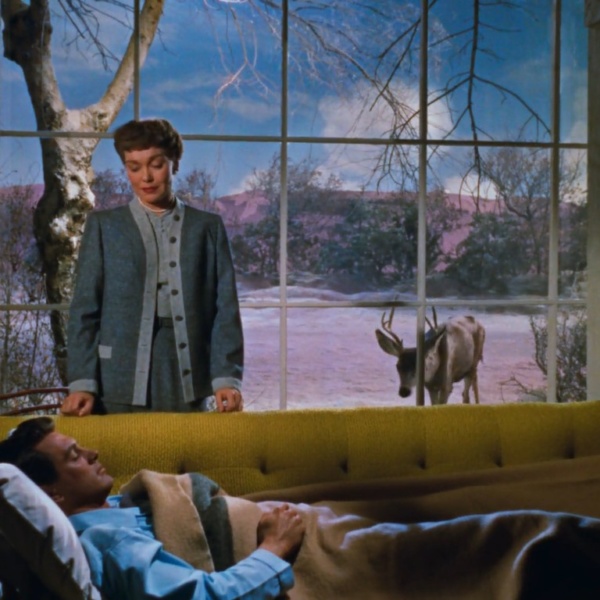