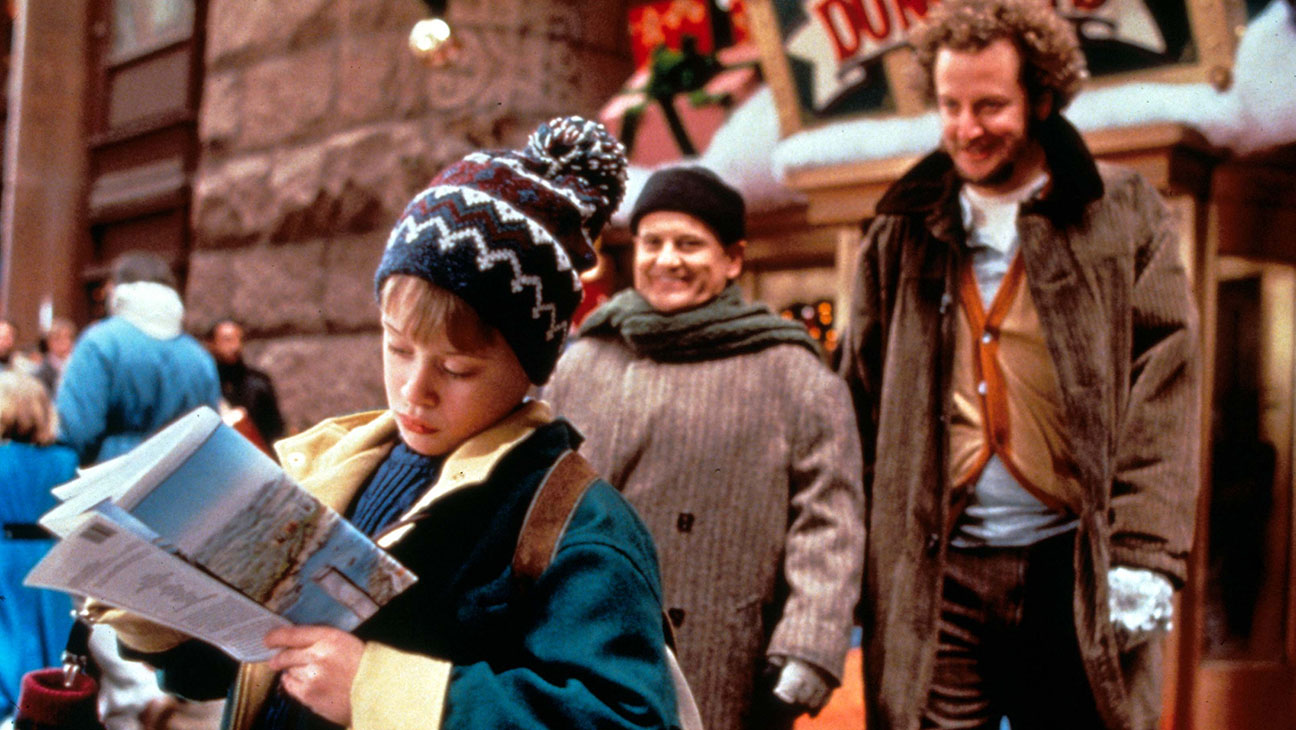 I’ve added this Home Alone sequel to my list of essential Christmas movies. A great escape film and a joy to see New York gussied up during the holidays. Kevin (Macaulay Culkin) does it again and accidentally boards a flight to New York while his family is Florida-bound. With his dad’s credit card and an envelope full of cash in hand, he heads to the Plaza Hotel to spend the holidays, alone. Kevin is having a grand time when he bumps into his two nemesis Harry Lime (Joe Pesci) and Marv Merchants (Daniel Stern). They’re on the run again and rebranded themselves, their new scheme is to rob toy stores. Harry and Marv set out to catch Kevin before he thwarts their plans to rob Duncan Toy Store, actually it’s FAO Schwartz, the giveaway is the shot with the happy clock face. Brenda Fricker is excellent as the Pigeon Lady of Central Park. Pigeon Lady represents the loneliness and isolation many people face during the holidays. A lot has changed since 1992. The Twin Towers were lost after this was filmed and the current president of the U.S.A., Donald J. Trump, makes a cameo appearance as himself in front of the Plaza Hotel.

Meredith Morton (Sarah Jessica Parker) is the whiney, elitist uptight fiancée of Everett Stone (Dermot Mulroney). Meredith can’t catch a break when she spends her first Christmas with Mulroney’s tight knit but, family, headed by mom Sybil (Diane Keaton) and dad Kelly (Craig T. Nelson). There are unexpected twists that ensue when she invites her sister Julie (Claire Danes), to join her at the Stone residence for moral support. The movie has a bittersweet ending, but despite the harsh and judgmental treatment Meredith endures at the hands of the Stone family, everyone finds love by the end of the journey and begins to heal after a tragic loss.