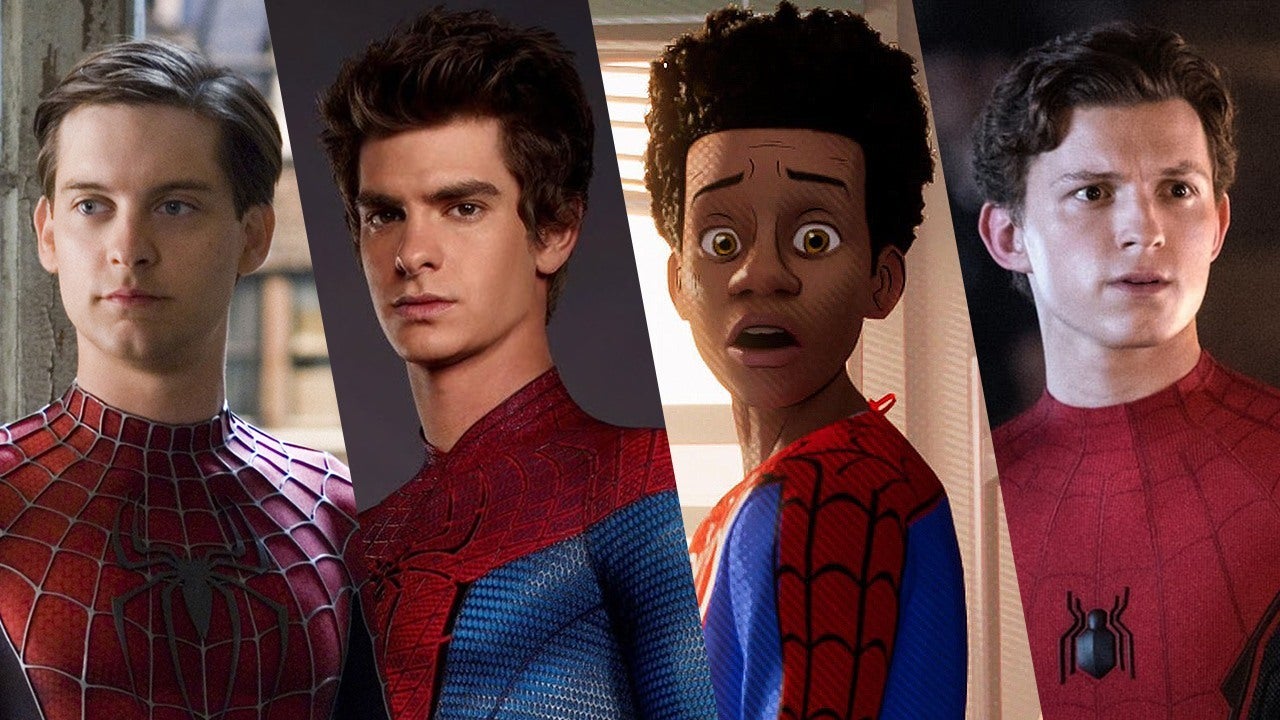 After seeing Spider-Man: Far From Home (2019), I decided it was time to take a look back at all of the films starring our favourite wall-crawler and list them from weakest to strongest.

While Holland’s version of Peter Parker/Spider-Man has appeared in other MCU films that are not “Spider-Man” centric, I will only be including films that have Spidey’s name in the title. It should be noted that some of the best appearances of the character might not be on the list for this reason.

During Avengers: Infinity War (2018), Spider-Man played a large part in one of the storylines as he, Iron Man, Doctor Strange and Drax, Mantis and Star-Lord of the Guardians of the Galaxy journey to Titan to take on Thanos. Peter and Tony Stark’s interactions here are often golden, but they do not hold a candle to one of the greatest scenes in the entire Marvel Cinematic Universe. Tom Holland’s Spider-Man was first introduced in Captain America: Civil War (2016) where he meets Tony Stark and the two of them have a heart-to-heart conversation about being superheroes in the confines of Peter Parker’s bedroom. There are no big action pieces, costumes or punches thrown during this scene. However, it remains of the best the MCU has put on camera and what I believe to be Tony Stark’s greatest moment. The reunion between Peter and Tony during the finale of Avengers: Endgame (2019) is also one of the most moving and satisfying moments we’ve seen in the entire “Infinity Saga”. ‘

Easily the weakest entry in the franchise(s), Marc Webb’s 2012 reboot suffers mostly from one fundamental flaw; it has absolutely no reason to exist other than cold, hard profit. Sam Raimi’s trilogy had come to an end and a fourth installment was scrapped when Raimi didn’t want to rush it. With the success of Batman Begins (2005) and countless other reboots, this movie was greenlit for all the wrong reasons. Spider-Man’s origin story is not like Wonder Woman’s. There aren’t multiple versions to draw from and/or room to change things around. The origin story had already been told in Sam Raimi’s Spider-Man (2002) and unlike Batman, Spider-Man wasn’t a character that needed a “dark” and “serious” reboot. They changed fundamental elements of the character’s origin, gave him a bloody awful new suit that failed horribly to look like something Peter Parker made himself (what the production was apparently going for) and used The Lizard as a villain simply because it hadn’t been done before. The movie was made with the best of intentions from Marc Webb and his cast/crew, but it ultimately cannot get past its fundamental flaw; it shouldn’t exist. Did I mention how god-awful that suit was?

Only slightly better than it’s predecessor (at least they got the suit right this time), The Amazing Spider-Man 2 suffers from being the sequel to a film that shouldn’t exist; and thus shouldn’t itself exist. Featuring Jamie Foxx as a clownish Electro and Paul Giamatti shoehorned in for the sole purpose of setting up a third franchise installment, the film also decided to feature the Green Goblin again (albeit a stupid version of him). The film is visually spectacular and the cast delivers the goods but it just can’t get past all of the baggage that was inherent to the production. In the film, Peter’s love interest Gwen Stacy (Emma Stone) ends up dead because Peter didn’t do what was right. It’s almost as if he was never told that “with great power comes great responsibility”…

Oh, wait, in these movies he was never told that… and thus clearly never learns it. For shame.

I don’t even mind Tobey Maguire’s stupid dancing. I don’t even mind the hair. Seriously though, this movie is a mess. The first great example of shoehorning in too many villains and not focusing properly on them. Venom was always my favourite Spider-Man villain and they couldn’t have gotten it more wrong here. A fine actor though he is, Topher Grace was horribly miscast as Eddie Brock. Tom Hardy would later portray a more characteristically accurate version of the character in Venom (2018) another movie that by some accounts, shouldn’t exist. The problem here was that Sam Raimi had no interest in including the Venom character in the film. Raimi wanted to focus on Sandman but the studio pressured him into including Venom. His lack of interest in the character is evident when watching the film. Raimi was set to direct a fourth film in the franchise but bowed out after the studio wanted to rush the production, leading to the unnecessary reboot featuring Andrew Garfield.

Now that we have struggled through the duds, let’s focus on the movies that got it right. Every entry on the rest of this is worthy of praise in its own right, starting at the beginning. Sam Rami’s original wall-crawling adventure did the origin story quite right. After the X-Men films had strayed far from the comic books they were based on, Spider-Man faithfully tells the story of Peter Parker’s encounter with the spider, his growth into a hero and the whole power/responsibility thing. Tobey Maguire would be surpassed by later actors in nailing the personality of Peter Parker/Spider-Man but this origin hits all the right notes. Helping repopularize the genre, it’s an important milestone.

While Sony has made some serious missteps with the character since Raimi’s original trilogy, this film stands out as an absolute gem amongst their efforts with the wall-crawler. Serving as a massive love-letter to all things Spider-Man, this film incorporates several “Spider” characters from the comic-book lore and is a delightful tribute to Stan Lee’s creation. Splitting multiple dimensions and timelines, it examines both multiple aspects of the Peter Parker character but also explores other heroes who have been bitten by the bug and granted extraordinary gifts. Much like The Lego Batman Movie (2017), this animated romp celebrates the character’s history and many incarnations with a loving reverence worthy of the most die-hard comic-book fans.

Serving as a satisfying conclusion to Marvel’s “Infinity Saga” and laying the groundwork for what’s to come, Spider-Man: Far From Home (2019) is ultimately satisfying and a great standalone entry in the franchise. It doesn’t quite surpass its predecessor but it’s an exciting adventure story and ample evidence that Marvel Studios still has stories to tell. For a full analysis, check out my review.

The first Spider-Man film to truly embrace the teen/high-school element of Peter Parker’s life is also our first headlining feature for Tom Holland portraying the best cinematic incarnation of the character. He is without a doubt the best Peter Parker and the best Spider-Man we’ve had.

He was the first actor to actually be in his teens when cast as the character and the young Brit has been able to stretch all eight legs with the role in ways Tobey Maguire and Andrew Garfield were never afforded the opportunity to. Getting to play in the larger world of the MCU, this Peter Parker is destined to have much greater concerns when it comes to power and responsibility than just being your friendly neighborhood Spider-Man. Nevertheless, this tale is firmly rooted on Earth in Peter’s world, exploring the elements of becoming a hero, along with the everyday trappings of life as a modern teenager. The title is both a reference to the character coming back “home” to Marvel’s creative control; along with referencing Peter’s high-school homecoming which features largely in the third act.

The film is lifted by great supporting performances from Batman (1989) and Birdman (2014) star Michael Keaton as the film’s villain the Vulture (Keaton loves having wings it would seem); and Robert Downey Jr. reprising his role as Tony Stark/Iron Man. The latter does a great deal more than simply “phoning it in” for this supporting part, acting as mentor to Holland both on and off screen.

As much as Tom Holland takes the title of best Spider-Man actor, I still have to give the top spot to…

It still remains one of the greatest superhero movies of all time. Featuring a brilliant performance from Alfred Molina as Doctor Otto Octavius, this sophomoric effort from Sam Raimi exemplifies the life of Peter Parker in terms of weighing power and responsibility. Tasked with deciding between a life for himself and doing his duty, this film explores all the great themes we look for in superhero films, as well as stunning action sequences and a satisfying conclusion. I’m excited about the future, but this film still remains the best of the Spider-Man franchise. 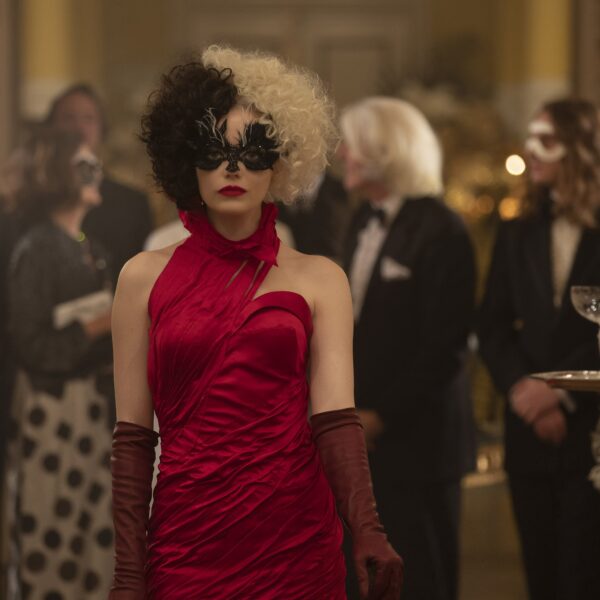 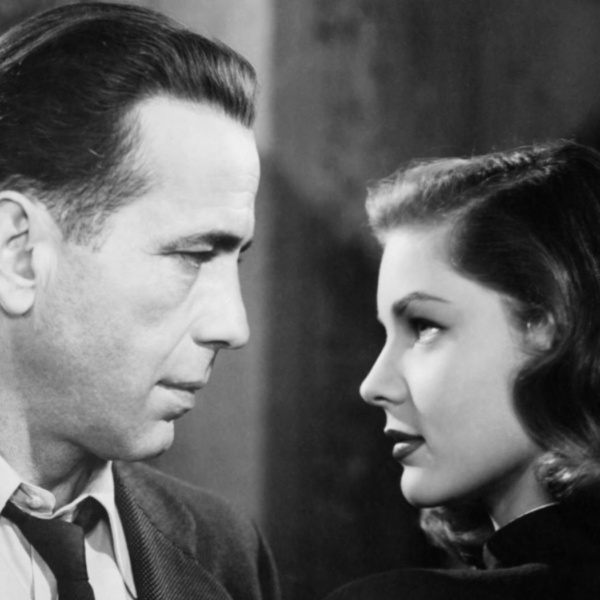