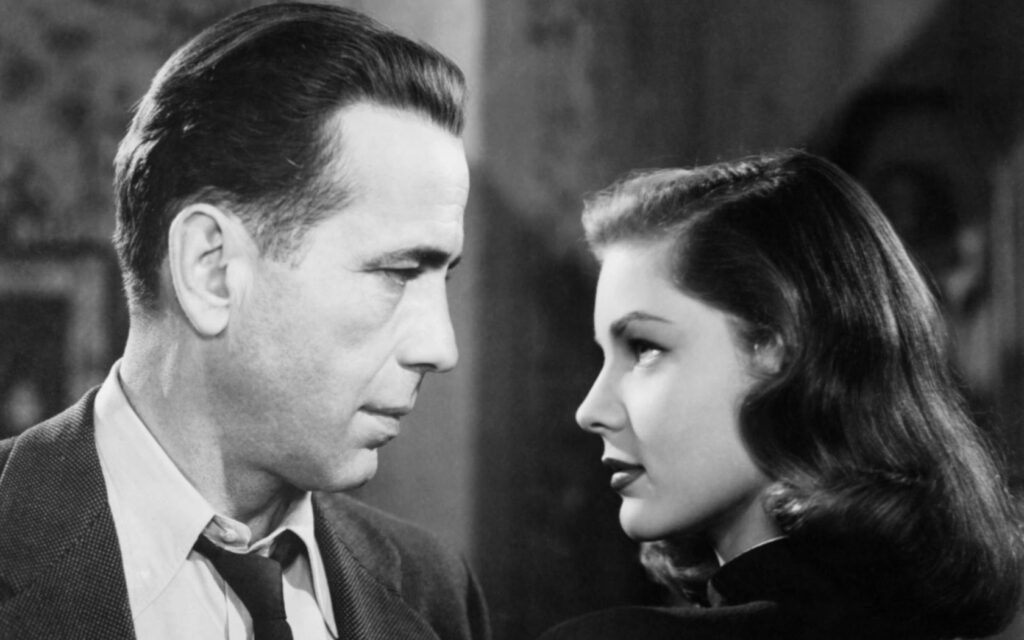 Turner Classic Movies was recently showing Key Largo (1948) and I sat down and started watching. Again. It’s one of my favorite stage to screen adaptations of the era – a great cast, suspenseful direction by John Huston, steamy locale, a strong script based on Maxwell Anderson’s play and Johnny Rocco is one of the screens great villains (a superb Edward G. Robinson performance). Key Largo is also the last of four movies that teamed Humphrey Bogart and Lauren Bacall.

Bogart and Bacall were first paired in the classic To Have and Have Not (1944). Directed by Howard Hawks, it’s a briskly paced and loose adaptation of the Hemingway story. Sent in Martinique after the fall of France at the start of WWII, Bogart plays a fishing boat captain who tries to stay clear of politics, but ultimately starts working for the French resistance. Bacall is a girl just travelling through who hooks up with Bogart.

Hawks does a great job shaping and telling the story – but the real magic here is the first-time teaming of the leads. They’re perfect together. She matches his cynicism with equal cynicism and his cool with equal cool. Only 19 at the time of filming, Bacall was never sexier or more enticing. There’s a case to be made that this is her best performance. Whether it’s thanks to Hawks, the developing off-screen relationship with Bogart or her inexperience, Bacall was never more relaxed or playful on the screen and it brought out Bogart’s playful side as well. Filled with classic dialogue, the chemistry between these two is palpable.

The pair next teamed up in Hawks’ The Big Sleep, one of the best film noirs of the period with one of the most confusing plots ever devised. Based on a story by Raymond Chandler, it has iconic private investigator Philip Marlow (Bogart) hired by a father to look into the gambling debts of one of his daughters (Martha Vickers). Bacall plays the sister – who leads Bogart to realize that the situation is a lot darker and dangerous than it appears. This is a very high-level summary, but it’s impossible to give more detail without getting lost. This needs to be watched multiple times – and it’s just as enjoyable with each viewing.

Hawks is one of the great directors of the studio era and he’s comfortable in almost any genre. The Big Sleep is arguably the best of the decade’s detective films. Like To Have and Have Not, it moves at a fast pace with lots of tension mixed in with the tart, cynical dialogue. This is also one of Bogart’s best performances – funny, tough, weary. He dominates every scene. Bacall is also good, but there’s an archness that’s starting to show. No matter, they are still terrific in their scenes together and the sparks are just as strong as the first time.

Next up was Dark Passage (1947), probably the weakest of their four films together but still very entertaining. Directed by second tier director Delmer Daves, it starts with Bogart’s character escaping prison while serving time for a crime he didn’t commit. Because his face is well known, he finds a plastic surgeon so he can change his appearance. Along the way he hooks up with a sympathetic Lauren Bacall and together they try to clear his name.

The gimmick with this one is that we don’t see Bogart until the bandages are removed after the surgery. The story is filmed from his vantage point until then, so we only see what he’s seeing. It’s effectively handled most of the time, but the story really starts clicking once we get to see Bogart. This is a typical forties noir feature with no aspirations of greatness – a little tough, always cynical and efficiently filmed.

The sparks between the two leads are definitely of a lower voltage. Bacall only really gets to interact with Bogart after the bandages come off and, instead of a femme fatale, she’s playing a relatively normal girl and the effect lowers her energy. What isn’t low energy is Agnes Moorhead playing against type as a conniving, almost slutty character from Bogart’s past. When she enters the story, its like a jolt. It’s a strong performance that should have netted Moorhead a supporting Oscar nomination that year. The scene where she realizes who Bogart is (even though he changed his appearance) is brilliant.

The subdued chemistry between Bogart and Bacall continued with Key Largo (1948), but not to the film’s detriment. This is a very good film about a WWII vet (Bogart) who comes to Key Largo visit the father and widow (Lionel Barrymore and Lauren Bacall) of his late army friend. They run a hotel and, when he arrives, the hotel is only filled with a bunch of mobsters, headed by Edward G. Robinson. John Huston’s direction is tense and atmospheric with suspense building as quickly as the approaching hurricane that threatens to destroy the hotel.

The entire cast is good – Bogart is more idealistic than usual and Bacall a little more gentle, but Robinson walks away with this one. He’s playing one of the nastiest and most cowardly villains of the era and he manages to be funny and mean at the same time. Claire Trevor is another standout in an Oscar winning performance as Robinson’s girlfriend.

Bogart and Bacall never made another film together. The might have paired well in Nicholas Ray’s excellent film noir In a Lonely Place (1950), but it never happened. Bogart and Gloria Grahame hit a home run with that one. They did reunite in 1955 for a TV version of The Petrified Forest,  Bogart’s first big success in 1936, but that seems to be lost to the ages.

Not Even Nominated… The Craziest 20 Best Picture Oscar Omissions 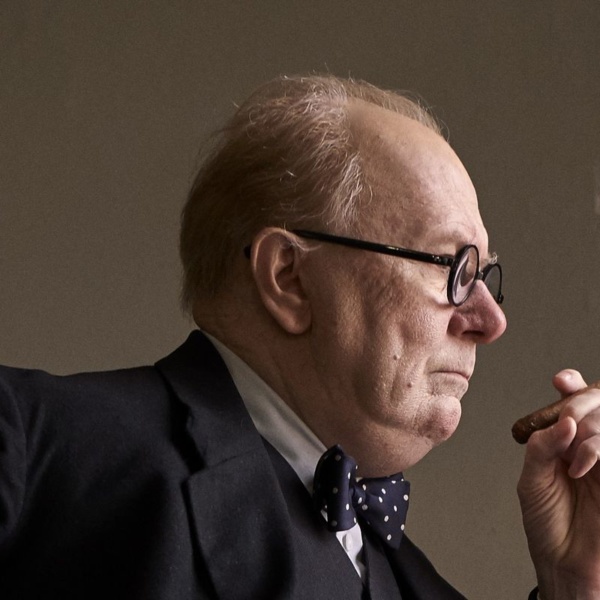