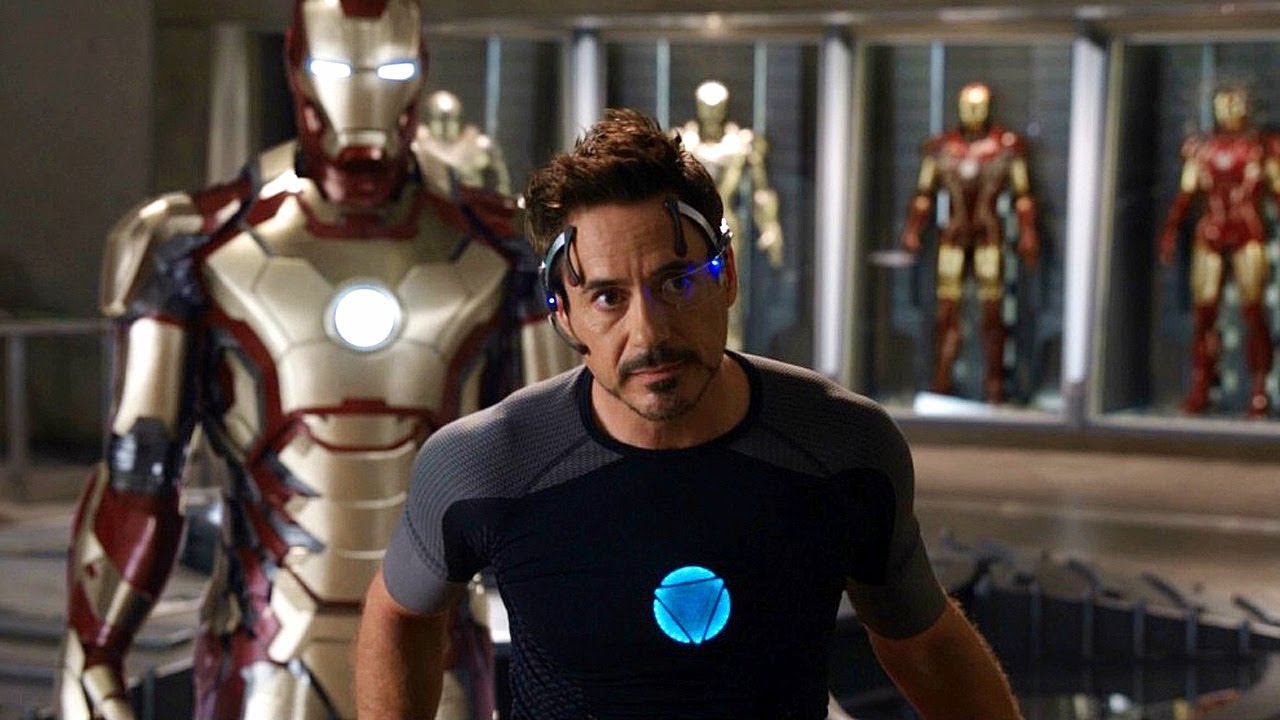 Robert Downey Jr. has played the role of Tony Stark/Iron man for over a decade in various leading and supporting roles in the Marvel Cinematic Universe; the highest-grossing film franchise of all time.

Downey’s story is that of the ultimate comeback kid. After a slew of personal and legal struggles that culminated someone around the turn of the millennium. After gaining sobriety and paying his debt to society, Downey went on to become one of the most bankable A-listers in Hollywood. He’s been nominated for two Academy Awards and has become synonymous with his most famous character, Tony Stark/Iron Man; another reformed bad boy with a dark past. For anyone who still hasn’t seen Avengers: Endgame (2019), this is where I will declare…

With the demise of Tony Stark in the events of Endgame, I decided it was time to take a retrospective at some of my favourite moments from Downey in this role. While spectacle and badassery in the form of CGI action pieces play their part here, I tried to focus on more character driven moments where possible.

That being said, let’s get started with…

Iron Man 2 (2010) gets a lot of flack, but it is an important demonstration of Tony’s early evolution as Iron Man. The film also introduced us to the first real glimpse of the bigger picture that would become the MCU we know. Cap’s shield and Thor’s hammer both get tips of the hat in Favreau’s second directorial effort with Downey.

By now we all know that Tony Stark’s arsenal of battle armours have been able to be summoned to his body telepathically, with advents like nanotechnology turning Stark himself into a superhuman force. Over the films, we have seen his battle armour become part of Tony’s very essence and it is in this film that he confirms: “The suit and I are one.”

This scene during a showdown with Mickey Rourke’s Whiplash, Tony shows us the first glimpses of how to make his suit more accessible when he is far from his base of operations. A version of his Iron Man suit in the form of a suitcase is the star of this clip, a mere taste of the technology that was to come.

While this scene from Avengers: Infinity War (2018) too, is loaded with CGI bang bang, it demonstrates a key element of Tony’s relentless personality. Tony Stark may be a mere mortal, but even Thanos knows him by name. When an intergalactic war Titan knows what you call yourself, it’s a pretty big feather in your cap. Tony isn’t fazed blasting off into space with a one-way ticket because he’s an all or nothing kind of guy. The world needs saving. He knows what he has to do. No matter how many moons get thrown at him, he will fight to the bitter end. Tony is the headpiece of the Avengers, but he’s not without heart; and in this scene, Tony Stark demonstrates that Thanos isn’t the only one with stones.

His biggest failure was losing the kid.

After Tony Stark and Captain America reunite in Avengers: Endgame (2019), the first exchange they had wasn’t about their Civil War, Bucky or Tony’s parents. As co-leaders of the team, they got right down to business. Each lamented that they couldn’t stop Thanos but the thing that hurt Tony the most was losing “the kid”.

DC’s Batman lost a Robin to a bad guy and it plagued him. While Marvel doesn’t go as dark as that storyline, one cannot help but see a parallel in Iron Man losing his protege Spider-Man, and blaming himself for it.

When the portals opened in Endgame and we saw the fallen come back to assemble, Peter and Tony’s reunion with the sweetest moment during the whole breathtaking scene. Tony never let his guard down faster than when he saw Peter had returned. The son he never had, the song he lost and the one regained. Great power, responsibility; all that good stuff.

What happens when you have your first encounter with a god, a super soldier and a flying aircraft carrier? Well, if you’re Tony Stark, your plan is simple…

When Tony walks onto the deck of the Helicarrier, he immediately takes over the room, already mid-conversation with Phil Coulson before getting directly in everyone’s personal space and planting a bug in the command centre. That’s just how Tony rolls, like a boss.

He doesn’t care who he’s up against in any social situation. He literally pokes Bruce Banner later on in this movie just to see what it take to make him tick. Is he nuts? Maybe. Would you have the fortitude to call a Thunder God “Point Break” and tap him on his massive bicep? Tony is about testing people, doing the math and solving puzzles. This is all part of that process.

After Spider-Man tries to save the day and botches the mission, Tony Stark needs to have a heart-to-heart with his protege. Foreshadowing what Tony always worried would be his worst mistake, this scene features a stern Tony giving Peter some very tough love by taking his high-tech suit away from him. While we never hear the “with great power” speech that Peter’s Uncle Ben was always known for, we get that sense from Tony’s lecture here. He wanted Peter to be better than him, as to not repeat the mistakes Tony made as a youth. Tony knows that Peter is more powerful than him without his tech and so he strips the fancy gadgets from Peter, showing him that he has to earn it. Hypocritical? Perhaps. But Peter is no intellectual slouch, having engineered his own webbing, no easy task. It’s a great piece of acting from both Robert Downey Jr. and Tom Holland, one a few scenes they share on this list.

Tony grew up with a distant father, Howard. Howard knew Captain America during WWII and Tony always resented the star-spangled man for seemingly having more of his father’s affection than young Tony did. Eventually, through their work with The Avengers, Tony and Cap come to respect and admire each other. However, Steve Rogers’ affection for Bucky Barnes towers over that of anyone else besides Peggy Carter. His dedication to his war buddy puts him in a seriously tough spot when he learns of Bucky’s most insidious assassination during his time as the mindless Winter Soldier. Both Evans and RDJ are brilliant here, all before the punches start getting thrown.

Once again, here we have Tony Stark demonstrating that he doesn’t give two shits who you are or what kind of weaponry you’re carrying; he will start ripping into you with his wit and sarcasm at an instant. Loki is certainly no exception. Stark knows just how to push the disgruntled would-be King of (wherever)’s buttons. There’s a reason this scene was featured heavily in the trailers. Not just because RDJ and Tom Hiddleston crush it, but because Tony gives his characteristically sharp wit to his description of each of his team members. It can’t be easy to say lines like “We have a Hulk” and not sound silly. Downey pulls it off nicely.

While the culminating epic that is Endgame is loaded with brilliant moments, this one had arguably the most significant impact on the MCU. It caused the death of Tony Stark/Iron Man, while also serving as the ultimate victory.

During his rematch with Thanos, Tony has learned enough from the previous battle, but this past incarnation of Thanos doesn’t have the memories of their last encounter as our Thanos (from Infinity War) is long-decapitated. When Thanos declares himself inevitable, Tony literally gains the upper-hand by swiping the stones from Thanos and declares (as he did at the end of the first Iron Man) “I… Am… Iron Man!”

After Tony’s death, he has a wife and daughter whom he left behind. While Pepper Potts was right there with him when he was struck down by the stones, Morgan Stark was left without her dad, the greatest hero the world had ever known. In true Tony Stark fashion, he didn’t pass up an opportunity to make an appearance at his own funeral via digital hologram.

A recording left behind on the night before the mission that ultimately took his life ends with Tony reciprocating an adorable phrase his daughter had previously said to him, “I love you 3000”.

A sweet final moment for Tony and the audience.

It’s hard to believe but here we are. The number one spot on my list isn’t from an Iron Man film, nor an Avengers one. I handily choose this simple interaction between Tom Holland and RDJ from Captain America: Civil War (2016) as my favourite scene featuring Robert Downey Jr. as Tony Stark in any film. A brilliant introduction to to the new Spider-Man and a key moment in Tony Stark’s evolution as a hero. Knowing that threats are always brewing, he sees it as his mission to see that the future generation of heroes is there when he no longer can be. Tony’s relationship with his own father plays heavily on how he sees Peter Parker. Peter’s own upbringing leaves him longing for a father-figure two times over. This meeting could have been shoehorned in haphazardly but it was handled with such honesty and brilliant writing, directing and acting.

No fighting. No costumes. No explosions. 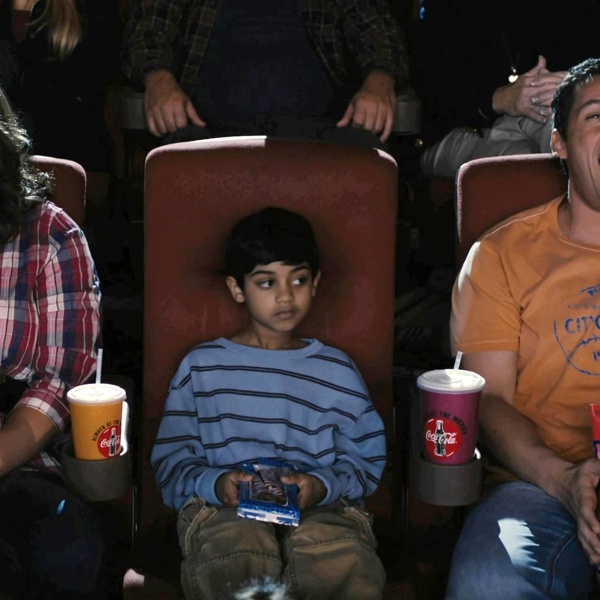