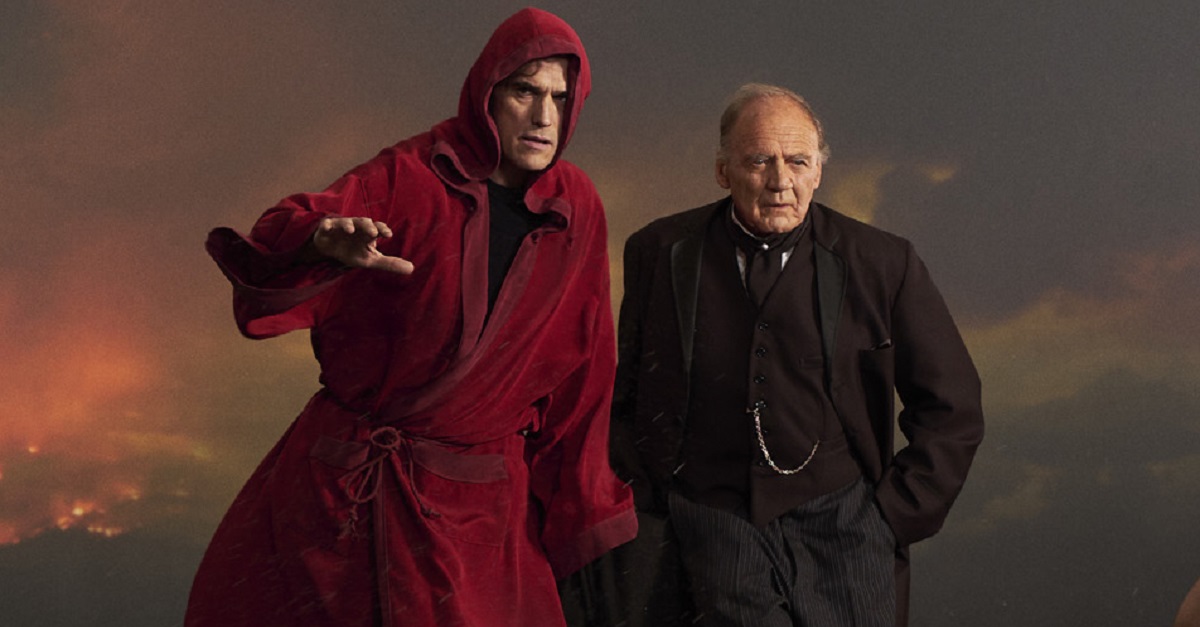 Lars Von Trier has earned himself the reputation of being an enfant terrible of the world cinema, distancing festival programmers with comments supporting Hitler, filling his films with shocking images of perversity, sex and violence, always challenging his audiences. His films are dark, no question, sometimes too dark, but each has been an unusual, sometimes exciting viewing experience.

A leading creator during the New Danish Cinema movement, Dogme 95, Von Trier is a major filmmaker despite alienating his audiences with a consistent cruelty in his work that is both alarming and off putting. Sometimes I question whether he pushes the envelope for the sake of pushing it, rather than doing so to serve the story.

Breaking the Waves (1996) was his major breakthrough, followed by the acclaimed Dancer in the Dark (2000) with singer Bjork. Both Dogville (2003) and Manderlay (2005) were shot without sets, the floor marked with chalk, like a theatrical rehearsal space, allowing complete emphasis to be placed on story and characters. His haunting Melancholia (2011) dealt brilliantly with the world coming to an end, featuring an astonishing performance from Kirsten Dunst. Great female performances seem to dominate Von Trier’s work, from Emily Watson in Breaking the Waves, Nicole Kidman and Bryce Dallas Howard as the same character in Dogville and Manderlay, the aforementioned Bjork in Dancer in the Dark, all exceptional.

Jack (Matt Dillon) is a serial killer with OCD tendencies regarding cleanliness. Fastidious to a fault, he cannot leave a messy crime scene any more than he can climb into a bed with a single wrinkled sheet.  With his oversized glasses and professional work as an engineer, no one suspects him, but he is utterly, dangerously insane. 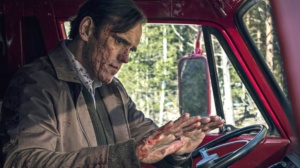 The film is broken up into incidents, each a different murder or murders that Jack has committed, beginning with a snooty woman he picks up hoping he can fix her tire Jack. Instead he uses it to kill her, bashing her in the face with it. He strikes the woman, portrayed with smug condescension by Uma Thurman, casually, breaking her skull on the front seat of his strange red vehicle. The most horrifying incident, the third, is a young mother and her two sons who Jack uses for rifle practice, making the young mother watch before forcing her to feed pie to her dead children. Taken to the rifle range with the promise of a picnic, the day turns deadly when he kills her sons. She too pays the price for his company. No woman that encounters this monster emerges alive. He kills them, sometimes quickly, sometimes slowly, then poses them, takes photographs before storing their bodies in a deep freeze cooler. As the film progresses, the freezer becomes filled with dead bodies.

Dubbing himself “Mr. Sophistication”, he taunts his pretty blonde victim in another incident, telling her if she feels like screaming, she should, before proceeding to show her how helpless she is.

Though most of the killings we see are women, Jack has no trouble killing men too. One scene shows him lining a group up to kill them with a single bullet, firing into the head of the first in line and allowing the bullet to tear through the heads of those in line.

Von Trier pushes his cinema of cruelty to new heights within the film, as Jack teases, taunts, torments and finally kills his victims after letting them know what is going to happen. Just as Jack the young boy is shown carelessly cutting the leg off a duckling, so does he play with his terrified victims. In one truly horrifying sequence he mutilates a beautiful young woman for no reason other than he can. The sequence is telegraphed as he draws surgical-like lines on her naked breasts. It is both horrifying and misogynistic, but then that seems to be Von Trier. The cruelest sequence involves the little boys, murdered without a thought, bullets ripping through their fragile bodies as their frantic mother attempts to protect them.

Matt Dillon portrays Jack with grim realism, false bravado and teasing horror. The actor is entirely believable in the role and if the film were not so punishing to women, it might be a fine performance. But it is hampered by moving from one horrific incident to the next, and quickly becomes redundant. Sadly, so does Dillon’s performance. Through the years Dillon has proven to be a resourceful, sometimes outstanding actor. His brilliant performance in Drugstore Cowboy (1989) remains his finest work, while his racist hero cop in Crash (2005) runs a close second.

It is a tough watch any way you choose to see it, grim, violent, shocking and heartbreaking. We feel nothing but pity for his victims, and for him?

I must say, I was glad when the film ended. Not since Hostel (2008) have I felt so violated. I am finished with Von Trier. 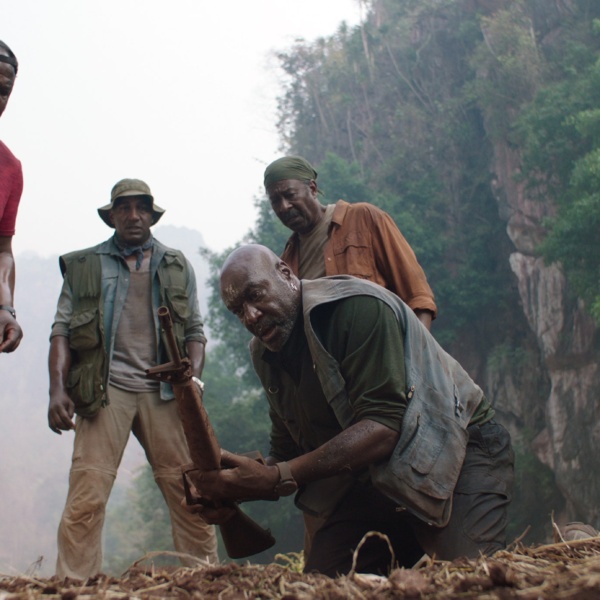