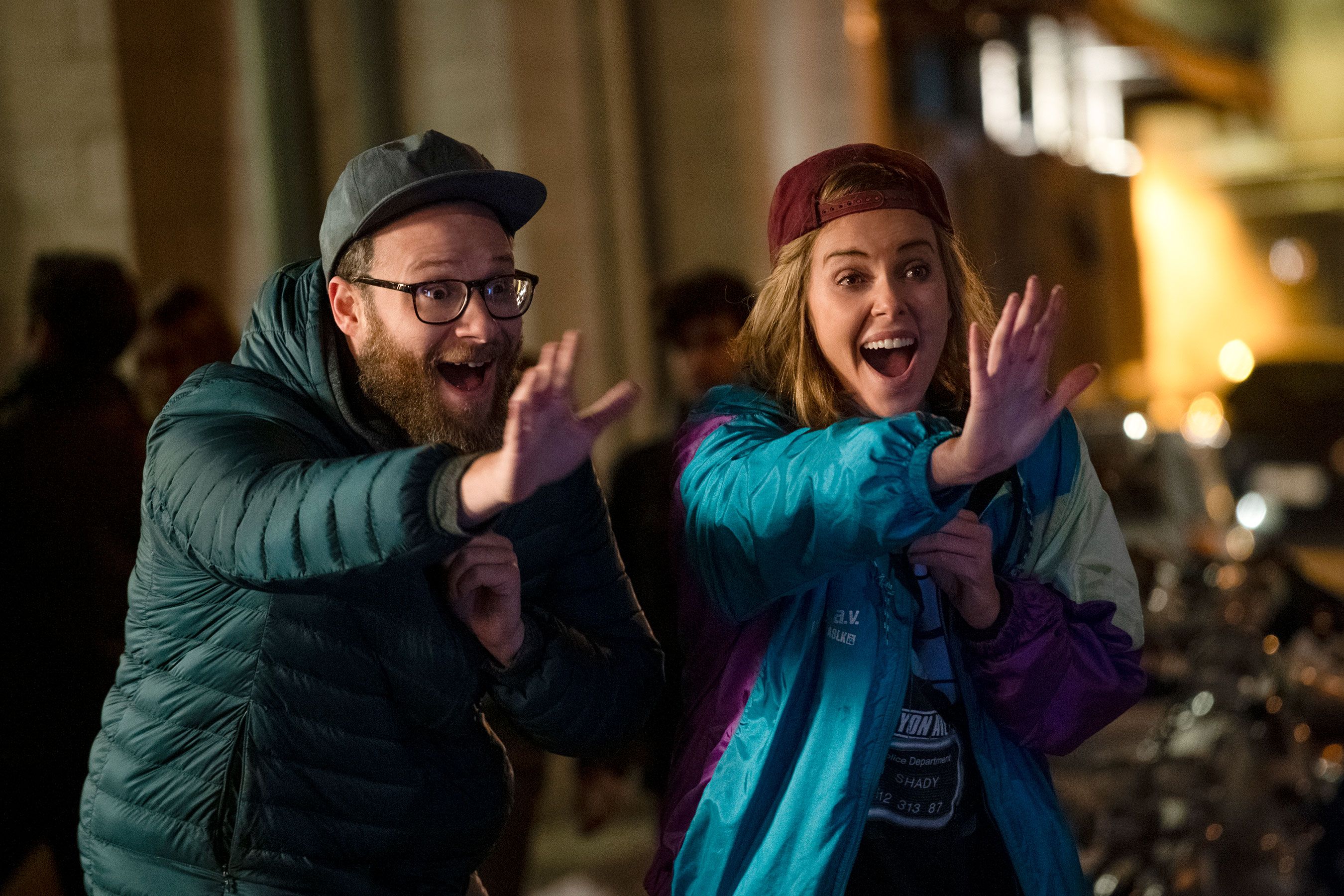 Charlize Theron silenced her many critics with one of the greatest performances ever given in Monster (2003), portraying serial killer Aileen Wuornos. Seething with rage, Theron disappeared into the role, creating one of the most compelling performances of the last fifty years. In the years since she has run hot and cold, even dabbling in the action genre with a fine performance in Mad Max: Fury Road (2015), and Atomic Blonde (2016), giving performances better than the films deserved. She was nominated for a second Oscar for Best Actress in North Country (2005) as a woman fighting sexual harassment in small-town America. Further nominations should have come for her superb work in  Young Adult (2011) and last years Tully (2018), each film featuring stunning work from Theron.

She has never really made a film like Long Shot, a splendid romantic comedy with unlikely co-star, Seth Rogen. This is not the first time she has worked with a comedian outside her comfort zone, portraying a deadly cowgirl opposite Seth McFarlane in A Million Ways to Die in the West (2013). But in Long Shot her movie star appeal is on full display, the actress looks beautiful, portrays the current Secretary of State Charlotte Field, who is considering a run for President.

Fred (Rogen) is an outspoken but gifted writer who knows Charlotte from his childhood. She babysat him when he was a child, and the crush he had then still exists in adulthood. Though she is seven years his senior he remains attracted to her but believes she is untouchable. He can write about her, but can never get close to her. His childhood crush remains.

Incredibly she likes him too, remembering the days she babysat him. She is attracted to his intelligence, brutal honesty and humour. Tired of men who say only what she wants to hear, she likes that he will speak his mind to her.

She hires him as a speechwriter and is soon flying around the globe with her, writing for her, punching up her speeches with refreshing honesty. Spending more and more time together, they admit their attraction to one another and fall in love. Where the film derives much of its comedy is exploring what it must be like trying to get stolen moments with one of the most intensely protected women in the world. The Secret Service is always close by, Charlotte’s assistant, who does not understand the attraction to Fred, does not support their relationship, both of which make their budding romance very difficult.

When President Chambers, portrayed by a fussy, pompous Bob Odenkirk, a former TV star, (get it?) announces he is tired of being President and wants to be a movie star, the path is opened for Charlotte to run for the Oval Office. Suddenly, her protection is increased, and her privacy disappears, she becomes the most famous woman on the planet making their relationship all the more difficult.

Is it possible to date, to have a relationship under the intensity of the world watching?

The heart wants what the heart wants and they gradually find a way to be with each other, even sneaking away to party the night away.

Theron is a revelation as Charlotte, believable in her attraction to Fred, but more believable as a world leader. Her Charlotte is flirting with the White House and has the smarts to do it, and when she reconnects with Fred she realizes she has a chance at true happiness too. Can she have both? What Theron does is make her immensely likable, and audiences are going to love her. As Julia Roberts exploded out of Pretty Woman (1990) so does Oscar winner Theron as a comedian.

In this age of big-budget blockbuster superhero films here is a refreshing romantic comedy that is both funny and realistic. I hope audiences like the film as much as I did. Breezy, fun, well written with two great leads the film should be a solid hit at the box office and might, just might, bring Theron another Oscar nomination.

Is it a perfect film? No. But the flaws are too tiny to bring up. Make it a must see.