Nicole Kidman gives a towering performance of barely concealed fury in this film, a performance that elevates the film, a performance that is the finest of her career. With little to no make up, her hair a mess, her eyes red with lack of sleep, her movements simply forward, unyielding, she is a frightening force of nature. Prepare yourself, because you will never have seen anything like this from the Oscar winning actress. There are those who might believe she is being cast against type, but looking at her filmography, does she have a type?

She has been brilliant onscreen, her treacherous weather woman climbing the fame ladder in To Die For (1995), the dying prostitute in Moulin Rouge (2001), the ghostly mother in The Others (2001), the doomed Virginia Woolf in The Hours (2002), the survivor in Cold Mountain (2003), the haunted wife in Birth (2004), photographer Diane Arbus in Fur (2006), the grieving mother in Rabbit Hole (2010), the trashy killer fixated woman in The Paper Boy (2012), the loving and understanding adopted mother in Lion (2016), the vengeful Southern Woman in The Beguiled (2017) and the abused wife in Big Little Lies (2017) each a great display of her range. And yes there have been struggles, but Kidman is one of those interesting actresses willing to take risks. She was the best thing in Stanley Kubrick last film, the flawed Eyes Wide Shut (1999), and even in failed films was often the best aspect of the picture.

Kidman is nothing less than a startling revelation here as Detective Erin Bell, who we first encounter, looking haggard, hung over and beaten down by the job, as she arrives at a crime scene. With a quick glance, she recognizes aspects of the scene are familiar, bringing back terrible memories of a case that saw she and her partner way undercover. Her partner loses his life, Erin loses who she was, her purpose and is forever haunted by the events. Seeing a chance for revenge, to bring the man who killed her partner to justice, she carelessly and fearlessly throws herself into the case.

Erin is a mess as a person, at war with her daughter and her daughter’s sleazy boyfriend, ignoring rules of her job, seeing a lawyer and beating a confession out of him, yet like a mummy awakened from the dead, she purposely loves on. Her performance reminded me of John Wayne in The Searchers (1956), single-minded, hellbent and with a seething rage.

There is a brilliant supporting turn from the gifted Titania Maslany as a drugged out criminal, but other than her, this is Kidman’s show, and she Towers above everyone in the film. Kidman stalks the film like a quietly enraged Panther, hellbent on getting those who killed her partner and damaged her emotionally. There is something incredibly exhilarating in the way she charges into a bank being robbed, her rifle at the ready, yet we realize her courage is partly fuelled by the fact she does not care if she lives. Erin is burnt out, finished, and she knows it better than anyone.

Kidman surpasses everything she has previously done with this aching, beaten down who believes if she single-minded this monster down, her life just might have been worth something.

This might be the performance of the year and should, without discussion, be nominated for Best Actress.

A triumph for this fine actress. 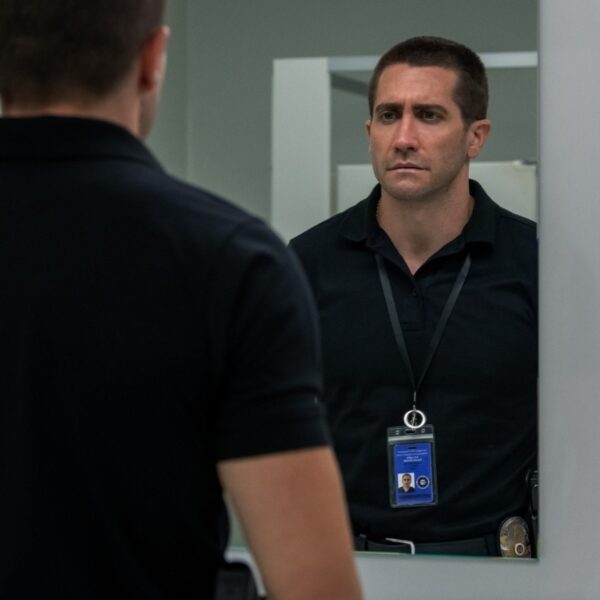