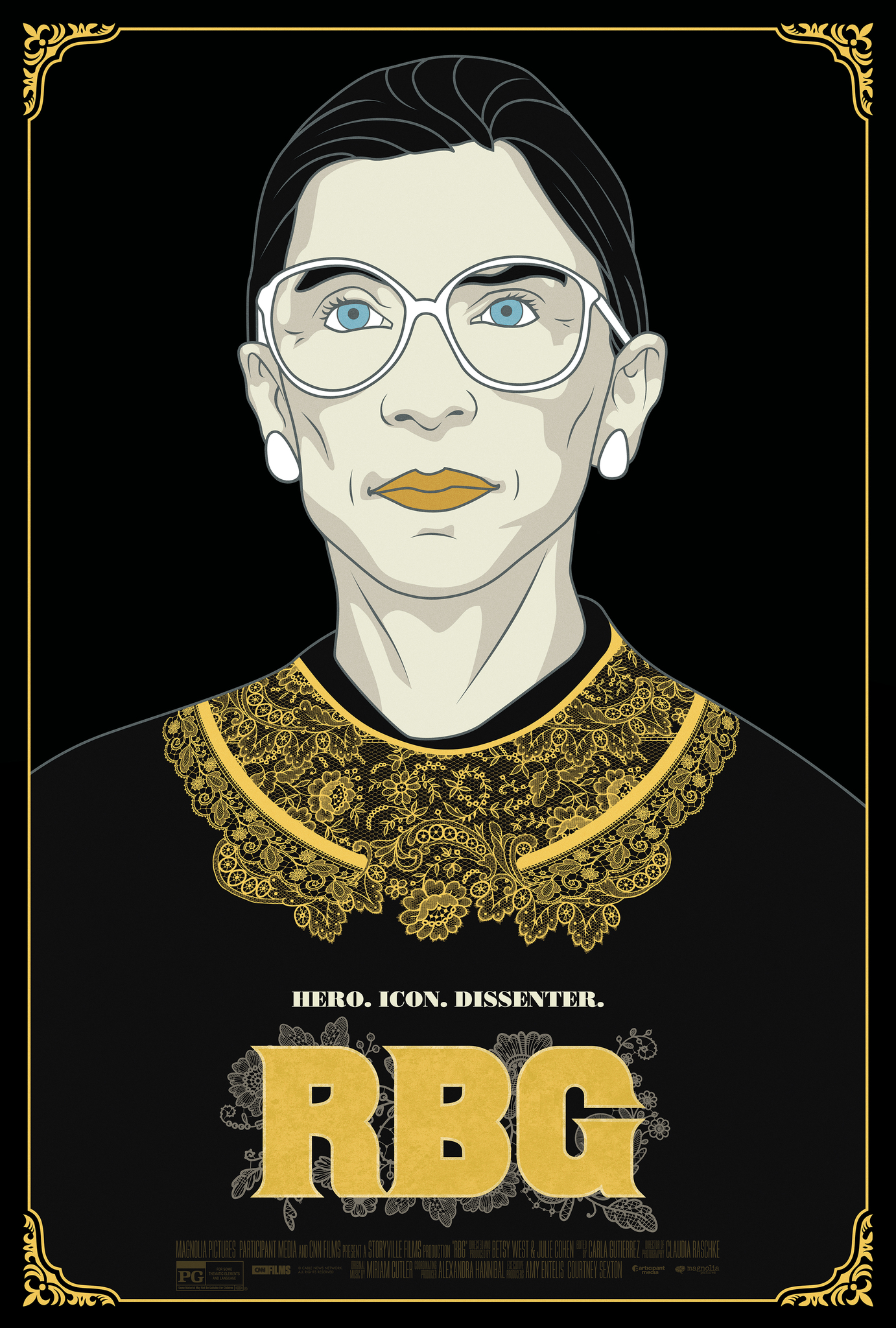 Everyone has a story.

A life lived with a beginning, middle and end. Like fingerprints, a person’s story is uniquely their own, yet their life’s purpose may influence the lives of millions of others. Some people living their middle rise to great heights and become iconic figures identifiable by their initials: MLK, JFK, FDR; or become rock stars with one nomenclature: Bono, Cher, Prince, Snoop or a Supreme Court Justice who falls under both categories — RBG.

RBG, a film by Betsy West and Julie Cohen, premiered at the Sundance Film Festival in January 2018. The documentary screened in May during Hot Docs in Toronto and later in wide release at TIFF Bell Lightbox. RBG was recently presented as a CNN Film.

RBG is an artfully crafted documentary about Ruth Bader Ginsburg’s humble beginning and historic life at her middle. The film chronicles the many barriers and obstacles she overcame, and what led to her path to a life-long appointment on the United States Supreme Court.

Ruth Bader Ginsburg, affectionately known as RBG or Notorious R.B.G., decided at a very young age she could become anything. Ruth thought she would be a good lawyer. Ruth’s mother wanted to see her girl attend college, a goal she once had but was denied the opportunity because of her gender. At that time, boys were valued more than girls and women were not encouraged to achieve or aspire – instead, women were expected to get married and settle into domesticity. Sadly, Ruth’s mother passed away before Ruth entered university. Upon graduating college and eventually law school, neither one could have foreseen how important RBG would become. We should all be grateful that RBG achieved her goal.

RBG details the many adversities she faced: Anti-Semitism, sexism, loss, gender inequality, and simply being born a female. Despite all the challenges in her life these hurdles helped to shape RBG’s vision and inspired her to become a magnificent change agent.

Ruth’s father was from Odessa and during his growing up years Jews were not permitted to attend schools. Education was very important in the Bader family. Ruth was a deep thinker then and still is today. Her mother taught her two lessons which she adheres to: be a lady and be independent. Be a lady and don’t allow yourself to be overtaken by useless emotions such as anger; be independent and be able to fend for yourself.

RBG has always fought for equal citizenship. She was supported unreservedly by her partner, Martin (Marty) Ginsburg as he felt that women’s work, whether at home or on the job is as important as a man’s. She became a lawyer when women were not wanted by most members of the legal profession.  Despite being shunned by the legal community she persevered and Marty supported her choice to become a lawyer in the 1960s.

Marty Ginsburg was the first man she met that cared that she had a brain, this was not the norm in the 1950s. Women suppressed their intelligence as a way to survive. Shy, quiet and sober, RBG lived through McCarthyism.

RBG attended Harvard Law School and wrote for the Harvard Law Review. She entered law school as the mother of a 14-month old child. She managed this along with caring for Marty who in his third year at Harvard got cancer. RBG would type the notes provided by his classmates and survived mostly on two hours of sleep each night. RBG helped Marty through his illness and once he was well and graduated from Harvard, he took a job in New York. Ruth followed and completed her law studies at Columbia University and graduated in 1959. It was not a surprise but no law firm would hire her because of her gender.

This would be the beginning of the next phase of her determination and RBG started to fight these injustices. Being a woman was an impediment and this sentiment was rampant across the United States. Being a woman meant you did not share the same rights as men albeit it is written in the Constitution.

LIFE FOR WOMEN IN THE 70s

Laws in effect in the 1970s: employers in most states could legally fire a woman for being pregnant; banks could require women applying for credit to have her husband co-sign; marital rape was generally not prosecuted.

As a result of the demeaning statutes in place to subjugate females, women started to rise up and complain that equality was a right. RBG used her skills as a lawyer to take action to change things. She taught Gender Law at Rutgers University and took on sex discrimination cases. The ACLU put a project in place to deal with women’s rights. RBG got involved and took on certain cases that would lead to the Supreme Court. RBG followed in the footsteps of civil rights lawyer Thurgood Marshall who was at the forefront of equal rights under the law. RBG wanted this to be used for equal rights for women. Her first argument before the Supreme Court was Frontiero v Richardson in 1973. This lawsuit was brought to the Supreme Court to fight gender-based discrimination. RBG set out to take cases that changed statutes and many perceptions about women: such generalizations that women were too weak to vote, dependent, inferior, subordinate, a waste of resources, second class citizens. A series of cases she took to the Supreme Court cemented her strategy that gender-based discrimination hurts everybody. Key figures were taking notice of her work leading up to –

In her 60s, Ruth Bader Ginsburg was nominated to become the 107th Justice on the Supreme Court by former President Bill Clinton. During her Supreme Court Confirmation Hearing in 1993, Ginsburg was sworn in by Chairman Joe Biden and spoke of her past and the principles she was taught by her father and mother. Three very important things stood out: despite her humble beginning, it was instilled in her to love learning, to care about people and to work hard for whatever she wanted or believed in. Her successes as she put it could only happen in America.

Her argument contained a quote dating back to 1837, stated by Sarah Grimké, a noted abolitionist, writer and feminist who fought for equal rights for men and women “I ask no favor for my sex. All I ask of our brethren is that they take their feet off our necks.”  RBG also spoke in support of a woman’s right to choose at the hearing. She was elected by a vote of 96-3 as the second woman on the bench behind Sandra Day O’Connor.

RBG is considered a true liberal heroine on the bench. According to Gloria Steinem, “she’s the closest thing to a superhero that I know.” On the flip side, RBG has been called a witch and a monster and more recently the 45th President of the United States said she is an absolute disgrace to the Supreme Court.

It is said of Ruth Bader Ginsburg that she put women on the same plane as men. She laid the foundation for the way the world is for American women. I would argue all women. Without her passion for fairness, equality, civility, and truth, many women might not have achieved their life’s purpose. She has also fought for discrimination against men. We owe a debt of gratitude to the mighty RBG.

RBG continues her legacy on the Supreme Court bench, is a vibrant octogenarian, a change agent, cult figure, work out super diva, an opera fan, a bubble-wrapped bobble head*, and a most unlikely rock star. *RBG recently fell in her office and was hospitalized for a few days. The world is watching and she received hundreds of tweets, messages, get well thoughts and words of encouragement to stay strong. Well, RBG was back to work within days of her fall. A laugh out loud meme depicting RBG’s status said it best “It’s just some broken ribs bitches.” To please the court, like a true rock star that’s dropping the mike. Long live RBG! 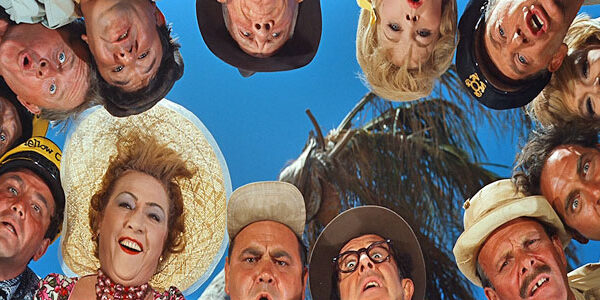 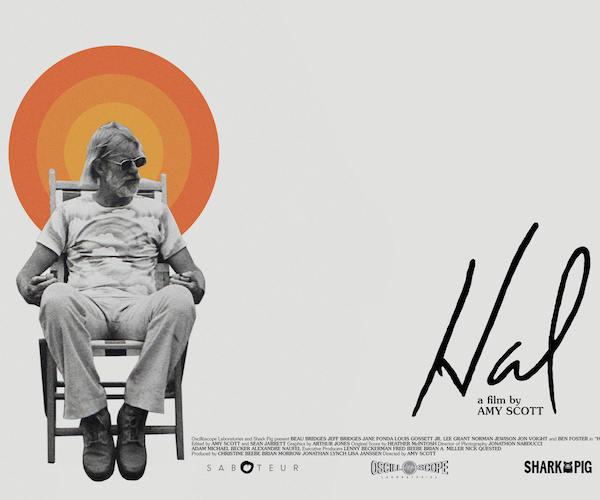