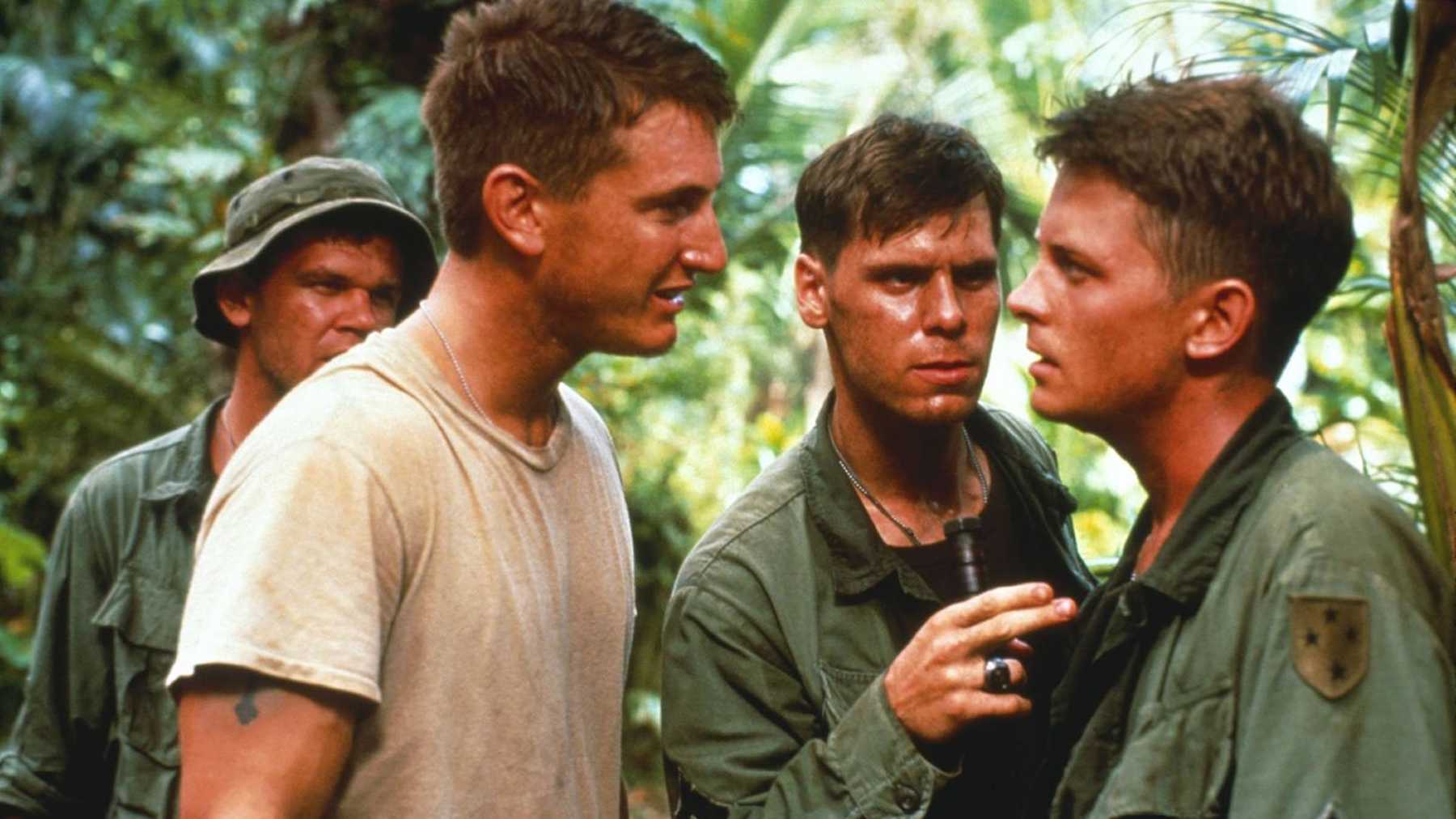 Ten years after Apocalypse Now (1979) rolled on movie screens, the definitive film about the war in Vietnam, three years after Oliver Stone’s powerful Oscar winning Platoon (1986) came Brian De Palma’s incendiary film about the conflict in Southeast Asia, Casualties of War (1989). Having read the article upon which the film is based in 1969, De Palma had long given up on ever making the film, which had been a dream project of his. The huge success of his crime drama The Untouchables (1987) finally put him in a place to make the film, casting Sean Penn and, in a unique bit of casting, TV icon Michael J. Fox, popular for the comedic Back to the Future films, as the two young soldiers at odds with one another over a horrifically violent incident in the jungle.

Before cameras had even rolled the questions about the suitability of Fox came up, hitting the actor and director hard. First of all, De Palma believed in the young actor, which should be enough he felt, but second, Fox was a gifted actor who had long wanted to make a dramatic film, an important film with a strong director. His name was a box office draw, he had a huge built-in audience from television and the films he had made, was well liked and well thought of in the business, and De Palma wanted him. No one had any right to say a word about his casting choices. More important, actor Sean Penn believed in Fox, a huge voice of confidence. 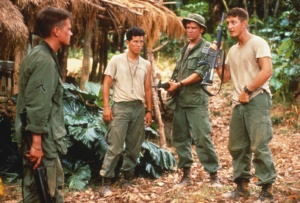 The story of the film was distressing, truly heartbreaking, an exploration of the worst in humanity; a group of American soldiers kidnap a young Vietnamese girl, take her right out of her home from her family for what they call a little portable R and R. Angered that their liberty has been denied, enraged one of their friends was killed in front of them, there is a hurricane swirling inside Sgt. Meserve (Sean Penn) and he lashes out. Having watched his best friend Brownie be killed in front of him, something breaks inside the man, and he decides to do something crazy for his men. The young woman, not yet 20, is taken, raped repeatedly by the group, with the exception of Erikkson (Fox) who refuses to take part in the atrocity and at one point tries to free the girl, bringing the wrath of Meserve upon him. Seen as a traitor, the young man is instantly disliked by the rest of the platoon who recognize should he talk, they could be court-martialed.

When the girl is murdered and thrown from a bridge to hide their crime, Erikkson can take no more, and reports the men for what they did. He is intimidated, threatened, until finally an attempt is made on his life and he gets serious and fights back, assaulting one of them with a shovel, threatening Meserve that no further harm should come to him, and he sees to it the men are court-martialed for their crimes. His dreams are haunted by the face of the young woman he tried in vain to help, he is appalled at the actions of his fellow soldiers, his fellow Americans. They are indeed court-martialed and go to jail for their actions, as they should have, but the army frowns upon Erikkson for turning them in.

Years later, after the war and back home, Erikkson has a nightmare on a bus and sees a young Asian woman staring at him, bearing an uncanny resemblance to the murdered girl. It has never left him, it never will. There to fight a war, some men got high on killing, some got high on power, some slipped over the edge with it.

Sean Penn is astonishing as Meserve, a gifted soldier, born to be a warrior, but not in this war. Nothing goes according to plan in Vietnam, the Viet Cong fight a very different way than the Americans. Booby traps, tunnels, primitive weapons, the Americans were simply not prepared for their conviction, their sheer will to win. Something snaps inside Meserve when Brownie, his best friend is killed, and he never comes back from it. Very few actors capture rage as startling as does Penn, and it was astonishing that he began the decade as a surfer dude in Fast Times at Ridgemont High (1982) and ended it with this searing performance. By this point in his career it was clear Penn was the finest young American actor at work in the movies, and he would just get better eventually winning two well deserved Academy Awards for Best Actor. Many critics of the time, this one included, felt he should have been nominated for this performance.

Though not as powerful a presence as Penn, Michael J. Fox acquits himself well and is the conscience of the film in a fine, gentle performance of great humanity. He cannot quite believe what he is experiencing, he cannot wrap his head around what his fellow Americans, fellow soldiers are doing to this poor young girl. The horrified look on his face as he watches her mother pathetically hand her a shawl, is heartbreaking as we realize he speaks for all of us. Though he continued on as a light comedic actor, rarely stepping into intense drama again, he had the chops to do it. Fox does not quite possess the depth as an actor to pull off the final scene in the film, where Erikkson sees a young woman on a bus who resembles Oaha, but he is game throughout the film and never embarrasses himself.

“Everybody’s acting like we can do anything, and it doesn’t matter what we do” says Erikkson, “Maybe we got to be extra careful because maybe it matters more than we even know.” The soldier understands the staggering weight of the responsibility of the men, those fighting the war for the right reasons (if they existed). 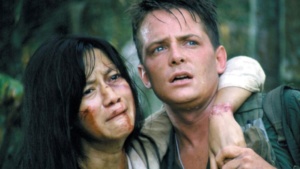 As Oaha, the unfortunate victim of this madness, Thuy Thu Lee is stunning in a performance that is a tableau of pain. Beyond the rape, beyond the brutalization of this poor soul, we know that she must be asking why? Why is this happening to me? She is the great bleeding heart of the film, one who deserves nothing that happens to her, she is the target at the center of the hurricane and has no chance. When the men finally murder her, beaten and bloody, it has become a mercy killing because how could she live her life after this nightmare?

There are strong supporting performances from a young John C. Reilly, on his way to becoming a great character actor and Don Harvey, a Lee Marvin look-a-like who rages all the time, always fighting a war he does not understand.

De Palma gives the film a beautiful look surrounding the horrors with the lush green of the jungles yet makes us aware from the beginning beneath that beauty is death in the form of booby traps and Viet Cong soldiers lurking just out of sight. That same lush green jungle can suddenly erupt into flames, and VC snipers can suddenly appear out of the rice paddies where they have been hiding waiting for their chance to shoot the Americans. One moment Brownie is laughing with Meserve, the next he is sputtering blood and dying. Just. Like. That.

Why the studio, Columbia chose to release the film in the summer is beyond me, this is not summer fare. In theatres that summer was Batman (1989), Ghostbusters II (1989), When Harry Met Sally… (1989) and Indiana Jones and the Last Crusade (1989) giving a film like this no chance of being discovered by an audience. Not even the rave Pauline Kael gave the picture helped draw audiences to the work.

Watching the film for the first time I remember the walk outs, mostly women, not being able to bear what was taking place on screen. My own Sherri could not take it, telling me to stay but she was not going to. I remember feeling sickened, horrified by what I was seeing, but felt compelled to see it all for the young woman who died at the hands of these men.

There are times ugliness is art. 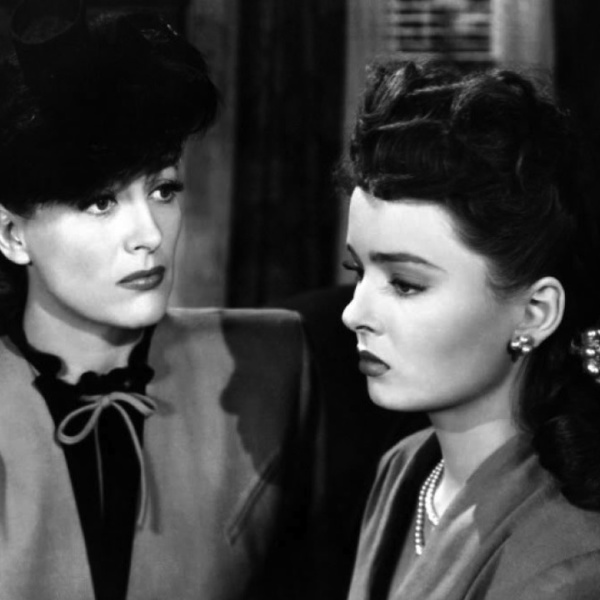