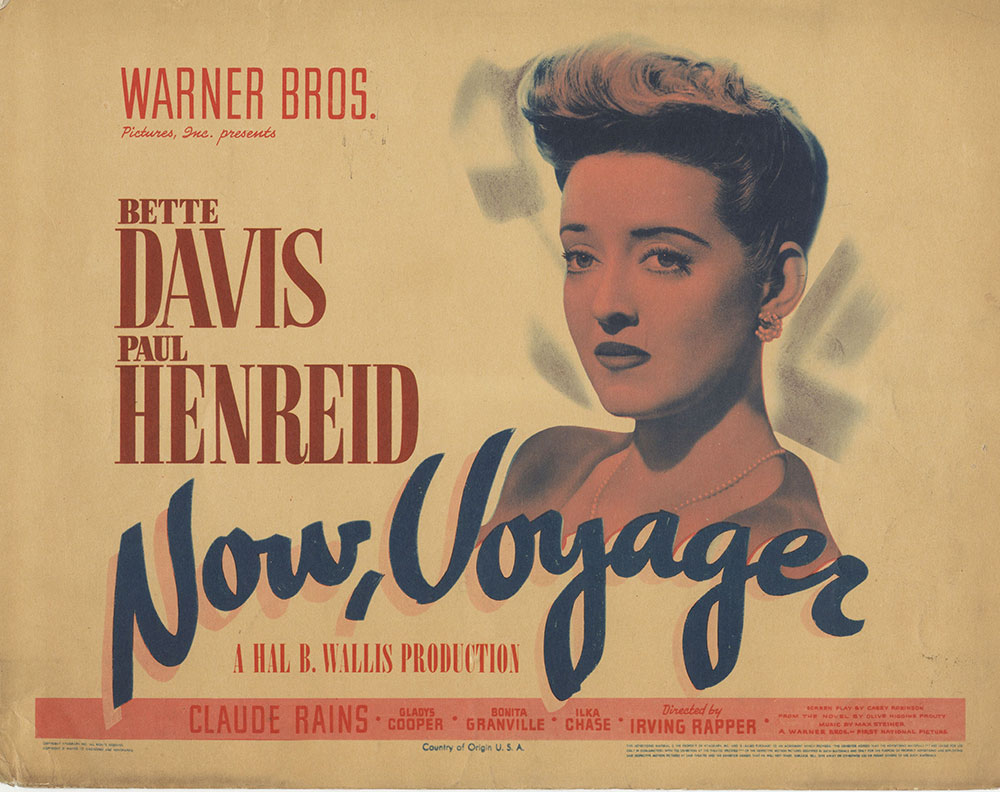 You always hear some older movies described as “the perfect rainy-day movie” (I’ve done it myself numerous times). But I think Now, Voyager truly is that movie. It’s one of the great bittersweet romances in film history, the ultimate depiction of the ugly duckling turning into a swan, and one of the best things that Bette Davis did during her amazing run at Warner Brothers. Irene Dunne and Ginger Rogers were supposedly attached to this at different times but thankfully it went to Davis. Along with All About Eve (1950) and What Ever Happened to Baby Jane (1962), this a perfect example of a quintessential Davis film. 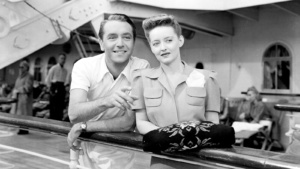 Now, Voyager, based on a novel by Olive Higgins Prouty, tells the story of the Vales, a well-positioned Boston family, and the youngest daughter, Charlotte (Davis). Charlotte is a very nervous, awkward, and plain woman who is in the throes of a nervous breakdown thanks to her domineering and unforgiving mother (a wonderful Gladys Cooper). After spending time in a New England sanatorium under the attentive care of a doctor (Claude Rains), she heads off to South American on a cruise – and of course, she has lost weight, discovered make-up, hair stylists and a chic wardrobe. She meets a married architect on the boat (Paul Henreid) and falls in love before returning home … to mother.

While I readily acknowledge that the film sometimes tends toward soap opera and melodrama, the screenwriters, director Irving Rapper and the cast do such a perfect job of telling the story and keeping the audience engaged in Charlotte’s travails that it doesn’t matter. There is so much to enjoy with this film but here are the five key reasons Now, Voyager resonated with audiences in 1942 and why it still works today.

I’m a huge Davis fan and I have incredible admiration for her prodigious output at Warner Brothers from the time of her first Academy Award for Dangerous (1935) until things started to slow down for her in 1946. I think Now, Voyager is her WB peak. Others may champion Jezebel (1938), Dark Victory (1939), and The Letter (1940) but, while she’s brilliant in all of them, for me Now, Voyager shows her at her best. At various points throughout the film’s two-hour running time she gets to be young and girlish, dowdy, neurotic, beautiful, sophisticated, funny, depressed, all-knowing and a bit of a masochist. It’s a great part and she misses none of its opportunities. What I also like is that within the wide array of emotions and styles she gets to play, we don’t see her go towards “Davis the Domineering”, as she did in so many other films. You see her softer side and it’s very moving. 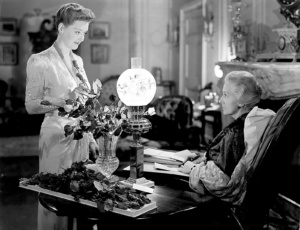 Both Claude Rains and Paul Henreid are very good as the men in Charlotte’s life but it’s the two actresses who are playing her mother and her mother’s nurse who really have the biggest impact after Davis. Gladys Cooper cornered the market on upper-crust women throughout her career doing very good work in several films, including The Bishop’s Wife (1947) and My Fair Lady (1964). But Now, Voyager is her best performance. As Charlotte’s mother, she never lets her daughter forget she was born late and not wanted and has therefore pushed her into a subservient role. As nasty as the character is at the beginning, you never really hate her. You can see that this is a woman who expects duty above all else from her daughter and, as Charlotte develops her own will, the elder Mrs. Vale softens – just a bit – and you can see the real person behind the crust. Mary Wickes comes into the film late, but her scenes with Cooper and Davis are a treat. For while, it becomes a bit of a comedy as Wickes gives as good as she gets from Cooper. After a series of demands from Cooper, Wickes heard-it-all-before response is perfect: “What next, Queen Elizabeth?”. Wickes was always a wonderful character actress and a familiar face from many movies and TV shows. Now, Voyager and her work in White Christmas (1954) and Postcards from the Edge (1990), are career highlights.

The movie opens with the traditional music used to accompany the Warner Brothers logo and then segues into Max Steiner’s rousing score. It’s one of the classic scores of that era and remains iconic. Yes, it’s very dramatic but it’s also very romantic. When you’ve seen the film you can’t separate any scene from the memory of what Steiner is doing musically. It deservedly won the Oscar that year.

This is an expensive looking film. From the scenes on board a ship during a flashback sequence at the beginning of the film to the Vale’s Boston mansion to the sequences on board the South American cruise, everything is beautifully designed and photographed. But it doesn’t go over the top the way MGM sometime did with similar films. You know these are people with money, but it’s never flashy – everything feels very much like the Vales: perfectly placed, no-nonsense, and solid.

You know the one. In every TV retrospective of great scenes and great lines it’s there: Paul Henreid lights two cigarettes, passes one to Davis (as he has done throughout the film) and then asks her if she’s happy, knowing that the two of them can’t be together but that she will raise his daughter. In a beautifully lit and perfectly scored profile shot, Davis looks at Henreid and says, “Oh, Jerry. Don’t let’s ask for the moon. We have the stars”. It’s not even remotely something someone would say in real life, but it works as both a terrific way for these characters to wrap things up and a final tug at the viewer’s heartstrings as the camera pans to the moon. People who love this movie cite this scene as one of the major reasons. You can watch it below:

Despite strong reviews and substantial box office, Now Voyager only received three Oscar nominations – one for Davis as Best Actress, one for Cooper as Best Supporting Actress, and Steiner for Best Score. Davis lost to Greer Garson for Mrs. Miniver (I get that one) and Cooper to Teresa Wright for the same film (I don’t get that one). It should also have been in the running for Best Picture as well as any number of design awards.

The film’s reputation – always strong – grew significantly almost 30 years later when it was prominently featured in the Summer of ’42 (1971), a risqué coming of age film that was a major hit that summer. 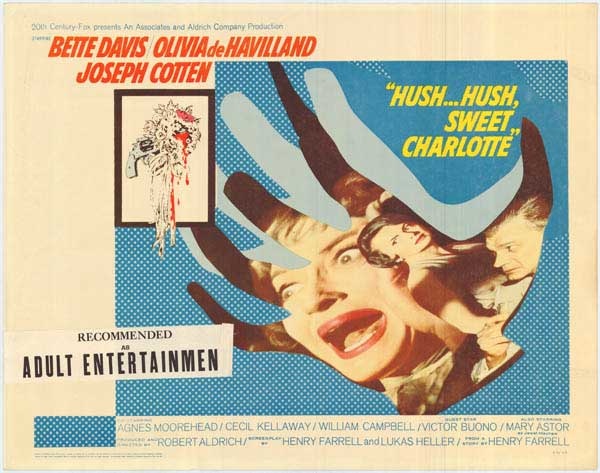 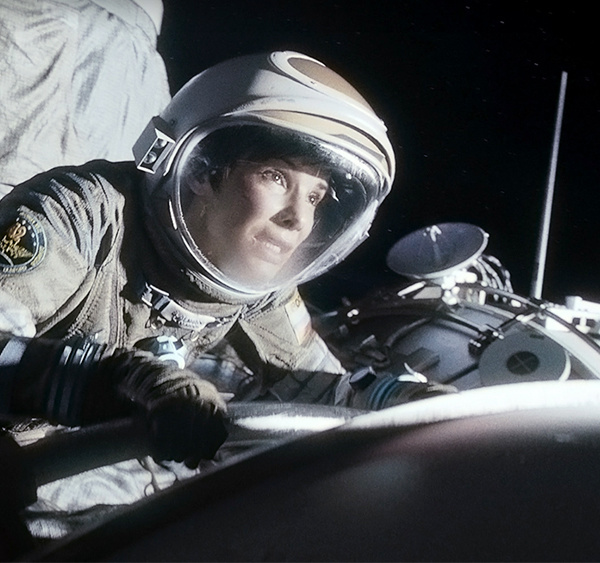