I love Melissa McCarthy. I think she’s one of the most inventive comedic actresses on the planet and she’s also a very fine dramatic actress. She won me over in a big way with Bridesmaids (2011), The Heat (2013), Spy (2015), Can You Ever Forgive Me (2018), and in the first few seasons of the TV series Mike and Molly (2010-16). She has two well deserved Oscar nominations (Best Supporting Actress for Bridesmaids and Best Actress for Can You Ever Forgive Me) and multiple Emmys for her TV work. 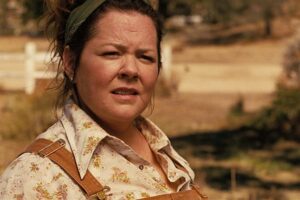 She’s fearless in her approach to every thing she does onscreen – she will look as hideous as she needs to for a role and her physicality is on par with the great slapstick comic actors of the past. But what she is not good at is picking scripts. For every win she’s had on the big screen, there are a trail of sophomoric duds. Some of them have made money, and with McCarthy onscreen there are going to be a few laughs, but many of these – Tammy (2014), The Boss (2016), Life of the Party (2018), The Kitchen (2019), Thunder Force (2021) – are just bad, particularly the ones directed and scripted by her husband, Ben Falcone.

I really wanted to like The Starling, which debuted this week at TIFF. Director Theodore Melfi most recently had scored a success with the wonderful Hidden Figures (2016) which figured prominently in that year’s Oscar race, and he here has assembled a capable cast including McCarthy, Chis O’Dowd and Kevin Kline. But it’s tale of grieving parents feels as mawkish and insulting as the simplicity of the metaphor of the starling that is front and centre battling with McCarthy’s character.

The film opens with McCarthy and O’Dowd painting a mural in the nursery for their newborn daughter. After the credits, we see that a year later the baby has died, dad is in a mental institution and McCarthy is holding down the fort at home and working at her job in a supermarket. He’s stuck in his depression and grief, but she tries to keep things moving forward by rejuvenating her garden, getting rid of the baby’s furniture, taking control of her home – just like the starling and the nest it’s building.

The script seems to be the biggest hurdle. It just feels too predictable in the exploration of grief from the sides of both parents. Maybe a bit more of a back story would have helped. McCarthy is 51, which lends more gravitas to the idea that the woman she’s playing has lost her only child (assuming the character is somewhere in her mid forties). That’s would add a level of devastation to the story that isn’t explored. The selfishness of O’Dowd’s character in attempting to commit suicide is eventually revealed which lends credibility to his seeking help in an institution, but the actor is given very little to play – to the point where he comes off as little more than self absorbed and not worth the effort that McCarthy is putting into saving the marriage.

Kevin Kline pops up part way through the movie as a former psychiatrist who is now a vet. McCarthy’s character is referred to him by one of the therapists at the institution. He’s a welcome presence, leveraging what little the script gives him to show he’s a capable if damaged guy, and someone for McCarthy to rely on.

The whole enterprise really does have a very “Hallmark” feel to it, and that’s not a complement. It’s not as pretty or as synthetic, but like those incessant TV films everything here feels a little too pat and predictable.

After her success with the drama Can You Ever Forgive Me where she played the true-life character Lee Israel, a forger of literary letters, I wanted to see McCarthy have more success with films that were less silly, more adult. God knows she can inject levity and humour into any script by just raising an eyebrow, but I’d love her to play characters more grounded in reality. The Starling must have held that promise at a first read through, but it doesn’t deliver. 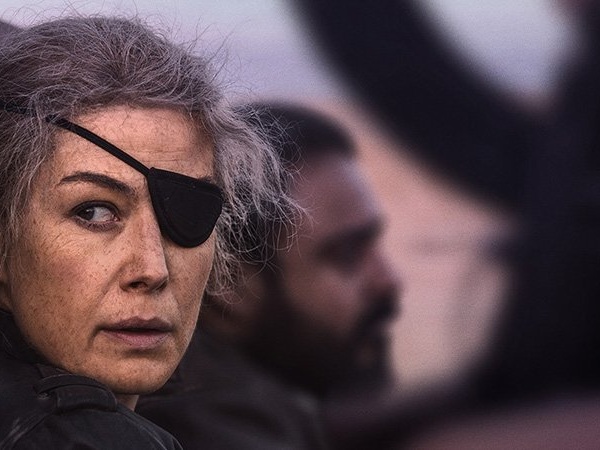 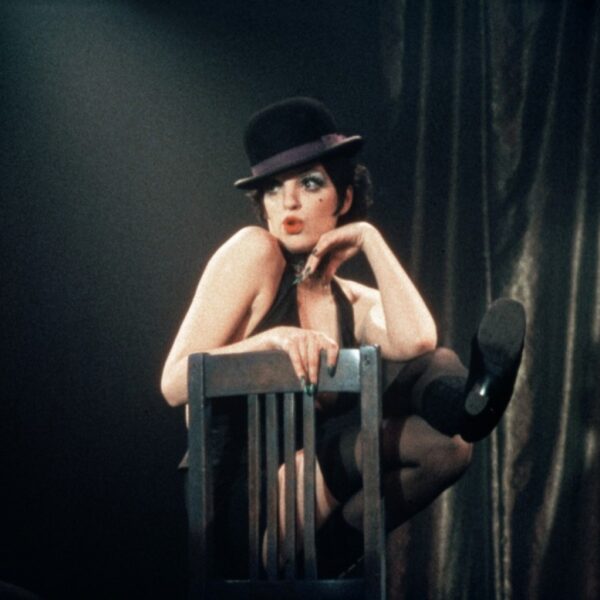