There was a time finding five actresses to nominate was a chore…no more. At this writing, there are eighteen actresses, that we know of who could be nominated. Being there are just five slots some great work is going to be Snubbed. The list of potential nominees is made up of previous winners, nominees, and gifted new actresses who have been called out for stardom. 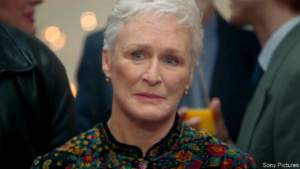 If there is a frontrunner right now it is Glenn Close for her quietly, seething career-best work in The Wife, which I saw at TIFF last year but which opened this past summer. The six-time nominee, never a winner is brilliant as an angry, quietly raging woman who has been in the background to her more famous husband. Close would be a most deserving winner but has loads of competition. 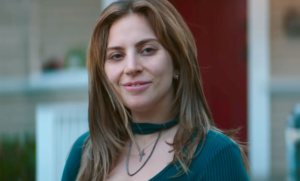 At the top of that list is the sensational Lady Gaga in A Star is Born in which the pop singer is simply miraculous as a young singer-songwriter climbing to success. The film is also a love story and we understand in every way why Bradley Cooper as Jackson Maine falls in love with her because audiences will too. I cannot remember a debut of this magnitude for many years, since perhaps Bette Miller in The Rose (1979). 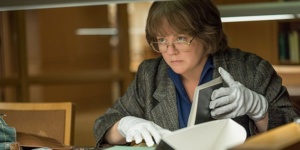 Comic Melissa McCarthy gives a stunningly dramatic performance as Lee Israel in Can You Ever Forgive Me? As a struggling writer, having enjoyed some success, she hatches a scene to write fake letters from famous literary figures and pulls in a tidy sum of money. McCarthy is a wonder capturing the intense loneliness of a woman who has gotten so used to living in squalor and cat feces she no longer can smell it, the filth has become her life. Both tragic and heartbreaking it shows greater depth from this go for broke comic.

Emily Blunt has chances for nominations from two movies, each radically different from the other. As the quietly (with reason) terrified wife in A Quiet Place, she is shattering. But in Mary Poppins Returns I expect her to shine and finally break loose as the actress and movie star we know she is. The trailer gives the impression, Director Rob Marshall shows incredible loyalty to the original, but will Blunt allow audiences to accept her as Mary Poppins? Let’s not forget Julie Andrews won an Oscar as Mary Poppins (1964) launching what became an impressive film career. 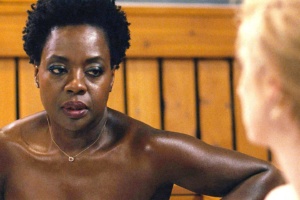 Viola Davis, one of the finest actresses in movies gives a fierce yet equally vulnerable performance in Widows, as a woman left alone who, to pay a debt her dead husband owes to a dangerous thug, decides to set up a robbery. Focused, while being terrified, Davis dominates the film, the glue holding it all together with a fine, commanding performance.

Breaking from type as far as anyone could, Nicole Kidman does career-best work as a tired, beaten down seen too much, done too much detective in Destroyer. No makeup, looking as rough as someone who has not slept for days, has woke up deeply hungover, it is a stunning, brave performance from an actress willing to give it all. If she is Snubbed, it will be criminal. 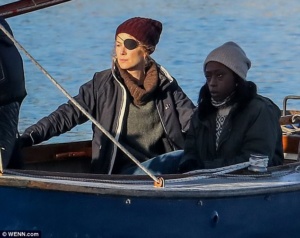 Low on the radar, though great reviews could help Rosamund Pike in A Private War in which the gifted actress is ferocious as award-winning war correspondent Marie Colvin. After losing an eye in a firefight, she does what a man would do, donning an eye patch and heading back into the field. Pike captures the smoky voice of the journalist, yet goes deeper, tapping into her intense belief in human rights. She elevates the film in every way, here is hoping. 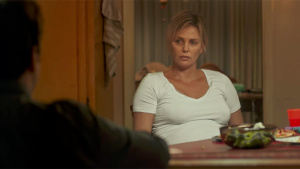 Though released last May, Charlize Theron has a good shot at her third nomination for Tully, in which she is sublime as an overtired, overextended, exhausted wife and mom struggling to just get through her day. Into her life breezes Tully, her night nanny who changes her life, is a great friend but far closer to her than she realizes. Theron is a wonder in the film, reminding us of her enormous gifts. The problem is when the film came out, it might prove too far back for the voters to remember. 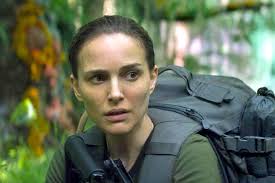 The same is true for Natalie Portman, so good in Annihilation, a superb science fiction thriller which sees the actress at her best as a scientist and warrior trying to solve the mystery of an alien life force. Like Sigourney Weaver in Aliens (1986) Portman transcends the material with a profoundly fine performance.

The wonderful Felicity Jones is back with another biographical performance, she was nominated as Mrs. Stephen Hawking in The Theory Of Everything (2014) and now portrays woman’s equal rights activist Ruth Ginsberg in On the Basis Of Sex. Insiders have said her performance is very good, but critics have yet to see the picture. 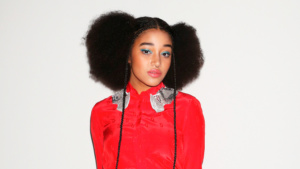 The lovely Amandla Stenberg, pegged for stardom as Ru in The Hunger Games is luminous, sublime in The Hate U Give, a powerful study of racism and justice. With her soulful, almond shaped eyes convey so many emotions and change in a blink. It is a superb piece of acting, cementing her status as one of the best of her generation. If the film finds an audience, if Fox promotes it right, Stenberg could be among the final five. 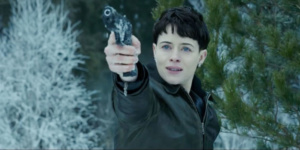 The Crown actress Claire Foy, a shoo-in for Best Supporting Actress in First Man could pop up in this category for The Girl in the Spider’s Web. Assuming the role from Rooney Mara, who was nominated, Foy is a gifted actress on the rise, and this new film displays her seemingly unlimited range. 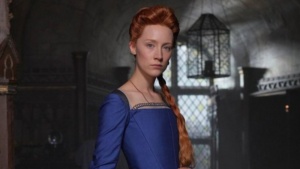 Mary, Queen Of Scots has been remade with Saoirse Ronan as Mary with Margot Robbie as her cousin Elizabeth I. Ronan is beloved by the Academy, admired by her peers, and seems a lock for a nomination, though she might be squeezed out in such a strong year. 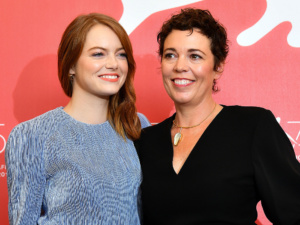 La La Land (2016) Oscar winner Emma Stone could be among the trio of actresses from The Favourite, joining Rachel Weiscz and Olivia Colman, though Colman is likely to go Supporting. Stone is very funny in this irreverent historical romp that will surprise audiences with its frothy comedy. Stone is at this point, a very long shot, but she is in the mix and as a previous winner must be taken seriously. 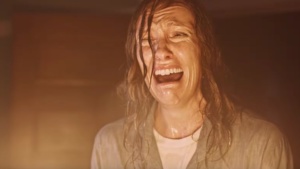 Though a horror film, Toni Collette, a wonderful actress has a real shot for her performance in Hereditary, which earned the actress the best reviews of her career. Nominated in 1999 for The Sixth Sense, she won an Emmy as Tara on The United States Of Tara as a woman with multiple “alters” living within her. She is superb in Hereditary but has the stigma of horror films to break through. 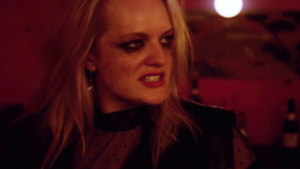 Elisabeth Moss has been earning accolades and countless awards for The Handmaids’ Tale, one of the boldest adaptations on TV at the moment in which Moss is a revelation. Her face is an extraordinary canvas, moving from anguish to love to hate to sadness with a shift of her eyes. In the low budget film Her Smell, she is astonishing as a petulant, spoiled, erratic, wild-eyed rock star far too used to getting her own way and what she wants when she demands it. Acted with furious energy, it is a monumentally great performance but may suffer from the subject matter. I loved the performance but cannot imagine seeing the film again. 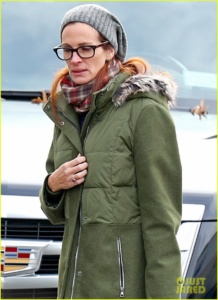 And finally, Julia Roberts has been discussed for her work as the distraught mother in Ben is Back. Personally, I think the buzz for Roberts is because they believe it should be there, not because she deserves to be. She is good, not great though she throws everything she has into the performance. I do not know what the Oscar talk is about for her, cannot see it.

All of these will be considered but just five names will be read on nomination morning. Obviously, some hearts will be broken while five will soar. Which five 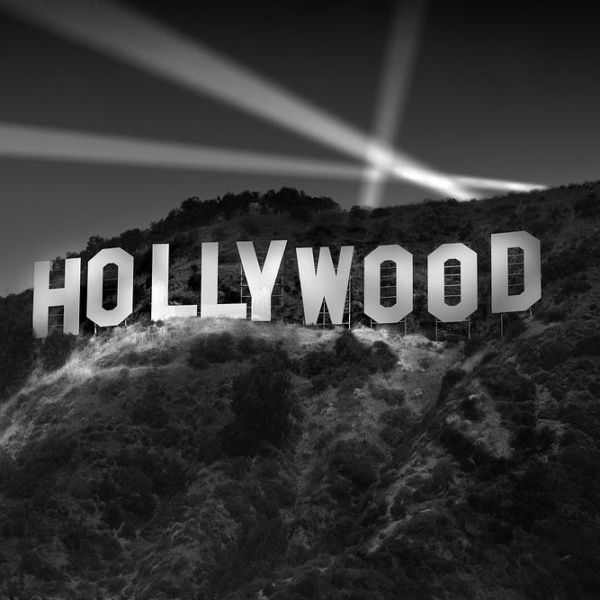 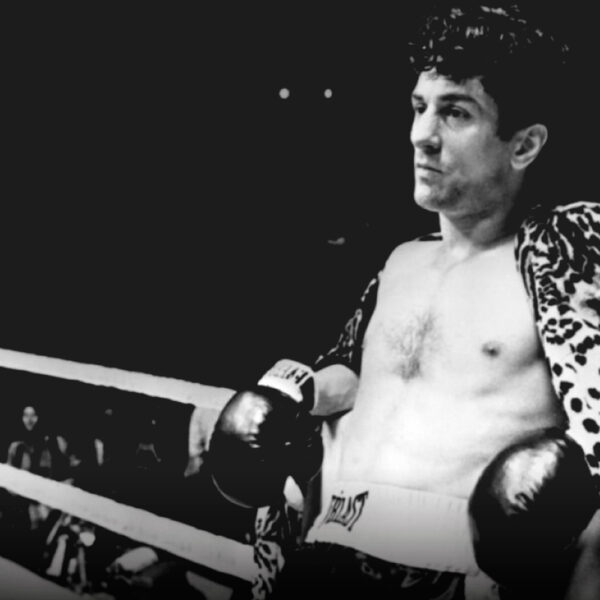