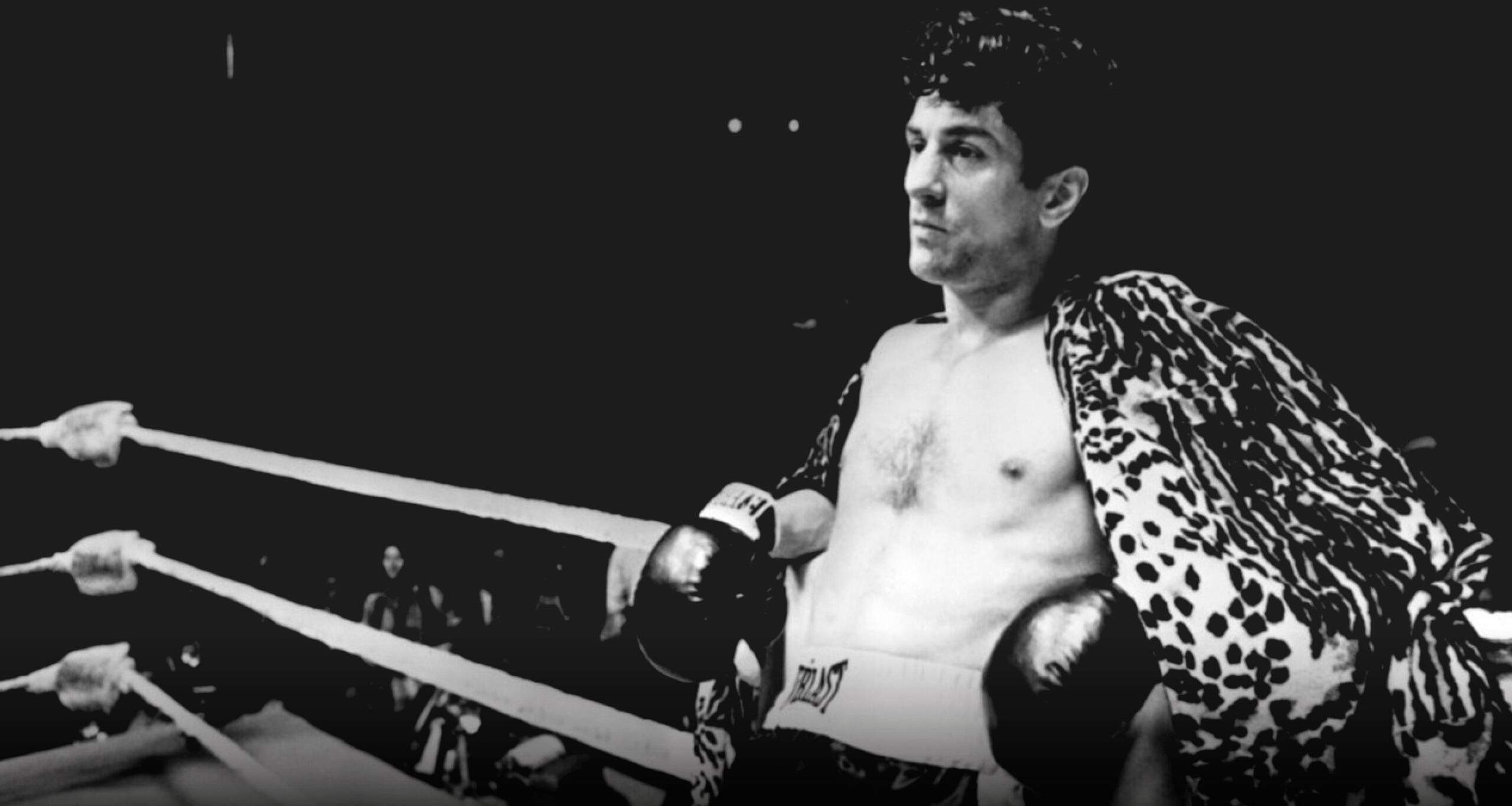 When the film critics assembled to choose the finest films of the 80s, no one was surprised to see Martin Scorsese’s Raging Bull (1980), the searing drama about middle-weight boxer Jake La Motta. The film had earned rave reviews, won a slew of critic’s awards, and awards all round for actor Robert De Niro who, as La Motta, took the Method to greater heights with a performance that was a complete transformation into a character. Although it was nominated for eight Academy Awards, I think it was a given the film had no chance for the big prize, as Robert Redford’s first directorial outing, Ordinary People (1980) had impressed critics with its Ingmar Bergmanesque, austere beauty.

Some argued that Raging Bull was not a pleasant film to sit through, true enough and certainly not a repeat viewing film. One sitting was enough, and sometimes one sitting was too much. After two-plus hours with these characters, audiences wanted to go home and shower. Scorsese might have done too good of a job immersing his audience in this world.

The opening credits tell us everything we need to know about Jake La Motta, as he shadow-boxes over the titles, fighting with himself, always at war from within. De Niro fearlessly portrays La Motta as he was, a brutish man, insanely jealous of his wife, controlling and violent, an absolute monster. His brother Joey was his manager until Jake accused the younger (and loyal) man of being involved with his wife, ending that partnership for good. Bursting into his brother’s home, Jake beats him senseless, before knocking his wife out with one punch. Joey has nothing to do with La Motta again, though Jake tries to soften him. Joe Pesci’s pitch-perfect performance is beautiful, balancing De Niro’s ferocious work as La Motta.

Scorsese’s magnificent direction transports audiences back into the 40s and 50s, placing us not only inside the boxing ring, but the boxer’s mind so that we see and hear what they do. The cuts bleed profusely, and the punches are bone rattling in their impact. Easily the most visceral, savage boxing film ever made. The black and white film is simply an astounding achievement.

But let’s be clear, this is no date movie. I worship at the altar of all things cinema, and Scorsese is a God of the art form, but I have seen Raging Bull maybe four times since 1980 and am in no hurry to see it again. It is a punishing film, the story of a repellant character who was beyond self-destructive, enduring both emotional and physical devastation, dishing out as much as he received. It is easy to see why the film was not popular with audiences.

Ordinary People did marginally better though is as emotionally punishing as Raging Bull is physically. A family has suffered the loss of a son in a boating accident and then the younger brother, feeling enormous guilt, attempts suicide. Freshly released from the hospital, Conrad (Timothy Hutton) is trying to regain his life while dealing with the recurring nightmares about the accident and the absence of his brother. His father Cal (Donald Sutherland) is a kind, gentle man who is terribly worried about his son and feels his own guilt over missing the signs that pointed towards suicide. Beth (Mary Tyler Moore) is an emotionally closed woman, unable to forgive Conrad for the mess he caused, literally and figuratively, in trying to kill himself. The boy believes she hates him, and watching her with him, we are hard pressed to believe otherwise. As Conrad heals under the guidance of a very good doctor, (Judd Hirsch), Cal and Beth fall apart, their marriage turning sour.

The performances are brilliant throughout the film, from Sutherland, Moore and Hutton to the lovely Elizabeth McGovern as Jeannine, the girl Conrad falls for, Hirsch as the good Dr. Berger, and Dinah Manoff as Karen the young girl Conrad befriends in the psychiatric hospital. Her own suicide is what sets Conrad off, sending him in panic to Dr. Berger where they have their breakthrough.

The performances carry the film, with Hutton getting the lion’s share of raves, though Moore got her share for a role against type, and critics took note of Sutherland doing the finest work of his career. All except Sutherland were Oscar nominated, and for me he was by far the most deserving of the cast. In his stead was Jack Lemmon’s wildly over the top “love me PLEASE” performance in Tribute (1980). Sutherland deserved that nomination. Despite a fine career, he has never been nominated yet finally received a Lifetime Achievement Award just a few short years ago.

Hutton won the Academy Award for Best Supporting Actor for what was essentially a lead role (“category fraud” they call it) but studios are loathe to campaign a new actor for lead if established actors are in the film. He gives a very good performance, edgy and twitchy. We believe this kid has problems. He looks haunted at the beginning of the film, “something out of the body snatchers” his doctor tells him. Yet we see him evolve through the film and indeed he is getting better. The scene at the end of the film between he and his father is quietly shattering, heartbreaking, getting right to the heart of the love they possess for each other.

Moore is superb, against type in every way as the pinched-off broken mother, devastated by the loss of her son and near loss of the second. Cal says to Dr. Berger, “Maybe Beth had so much for Buck there was nothing left for anyone else.” He is, of course, exactly right. A controlling woman, her home is perfect, not a speck of dust and not a thing out of place. After Conrad slashes his wrists (vertically, so he meant business) the mess was horrific. Beth cannot deal with mess of any kind and she cannot forgive mess. Watching how she treats her surviving son, Cal pulls farther and farther away from her until he tearfully confesses to her, “I don’t know if I love you anymore, and I don’t know what I am going to do without that.” She leaves, needing time to heal and giving the men time to do their own healing and come together.

De Niro had already won an Academy Award for Best Supporting Actor for the Godfather Part II (1974) and been nominated for two others for Best Actor in Taxi Driver (1976) and The Deer Hunter (1978) by the time Raging Bull hit screens. So, it was no surprise he was astonishing in the film, but what did astonish was the level of depth he went to create this character. Shooting the young Jake scenes first, he whipped himself into peak physical condition and was trained for the boxing sequences by Jake La Motta himself who boasted that De Niro could step into the ring with anyone of the time and hold his own. Once the early scenes were shot, De Niro headed to Italy to gain upwards of 75 pounds, returning home unrecognizable to even those closest to him. His transformation was startling and beyond any type of Method acting ever seen on screen. He was not just portraying La Motta; he was inhabiting him in every way. That Academy Award for Best Actor was sealed at the film’s premiere.

Joe Pesci might have been the discovery of the decade and remains one of the finest actors at work. For such a tiny man in stature, he can be a fearsome character, terrifying both audiences and other actors. Nominated for his work as Joey, he knocked around the decade until Scorsese cast him again in GoodFellas (1990), his crime masterpiece that won Pesci his Oscar. He might have had another in Casino (1995) if the roles did not feel the same. After that, he was reduced to cameos and tiny roles, until Scorsese cast him in The Irishman (2019) as a mob boss, and he responded with the finest performance of his career. This was a very different Pesci, dangerously quiet. He did not raise his voice because it wasn’t necessary. It is a beautiful, perfect piece of acting.

Raging Bull is exquisitely directed. Scorsese was a master of cinema, not quite at the peak of his talents, but very close, and Redford was directing for the first time. Raging Bull was intensely realistic, violent, profane and ugly. The boxing sequences were stylized, but in that risky move, took on a greater power and realism than audiences had ever experienced before. There was no “Gonna’ Fly Now” trumpeting Rocky Balboa; instead this was a startling film in which boxing was a brutal blood sport where men were hurt, bodies were punished, and the boxing ring left with blood and fluids splattered across it. Faces get rearranged, eyes are hammered shut, bones are broken, as the two men pound one another trying to put the other down. Scorsese’s greatest achievement was the creation of this world, where we could almost smell the sweat, the blood, the tears, feel the emotions of the men wailing one another, and feel for their loved ones watching in the crowd.

The Academy blew it!

Robert Redford won Best Director, which seemed to start a trend with actors winning Best Director. Redford was the first, followed a year later by Warren Beatty for Reds (1981), Richard Attenborough for Gandhi (1982), and later Kevin Costner for Dances with Wolves (1990), Clint Eastwood for Unforgiven (1992), though by then he was established as a filmmaker, and Mel Gibson for Braveheart (1985). In addition to the Oscar, Redford won the directors Guild of America Award, shocking Hollywood with that win over the more artistic Scorsese. Oddly, and perhaps salt in the wound, Scorsese lost again ten years later to Costner, besting Scorsese’s greatest film GoodFellas (1990).

Redford continued to direct and was nominated for the Oscar again for his superb study of 1950s game shows, Quiz Show (1994), but never again has he come close to the award. His best film since Ordinary People might be the superb A River Runs Through It (1992), a film about fathers, sons and brothers. Mary Tyler Moore never made another film near as powerful or as good as this. Never again would she dance this close to the Oscars. Sutherland continued doing excellent work and came close to a nomination in Without Limits (1998). Hutton never lived up to the promise of being an Academy Award winning actor. He gave a solid performance in Beautiful Girls (1996), striking a beautiful chemistry with a young Natalie Portman.

Scorsese has gone on to become one of the absolute masters of modern cinema, and Raging Bull is often cited as his greatest film. 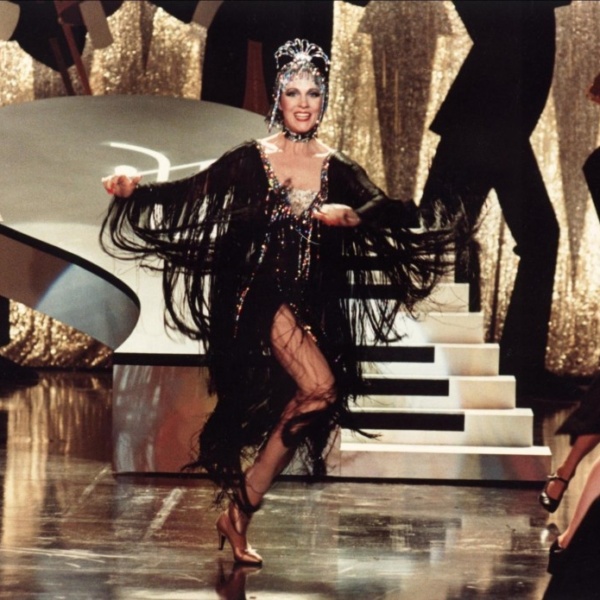 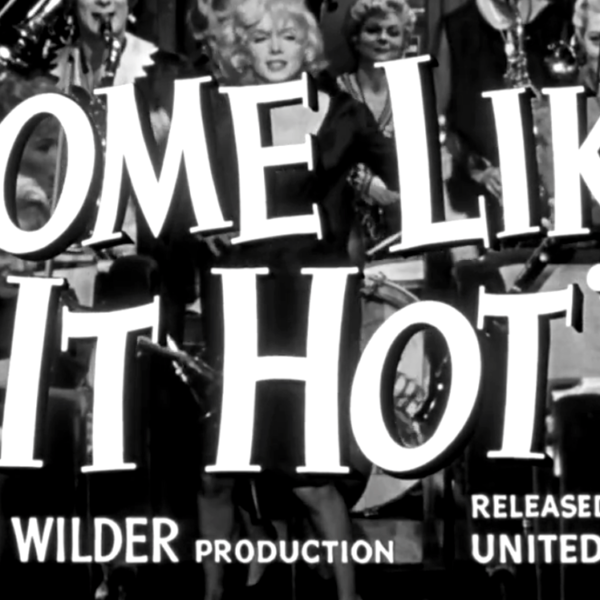