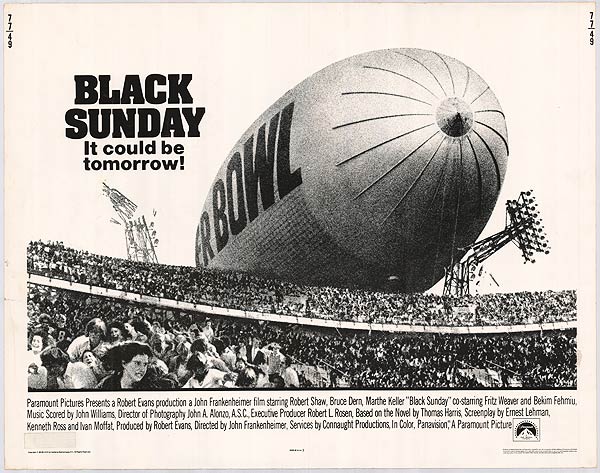 More than forty years after its release, where it was greeted with great reviews but no audience, Black Sunday (1977) is arguably the finest film about international terrorism. Based on the bestseller by Thomas Harris, years before he wrote The Silence of the Lambs, Paramount positioned the film as a major summer blockbuster with brains, the type of film that could make hundreds of millions and earn attention for Academy Awards.

The film explores the happenings surrounding a raid in Beirut, as Israeli secret police conduct an attack on what they believe is the headquarters of the Black September terrorist group. They are correct, the group gathering to make a tape warning the American people of an upcoming attack. The police slaughter everyone in the building, but foolishly space a woman showering, thinking she is a prostitute, no clue that she is the key to the attack.

Dahlia (Martha Keller) has seduced a deeply disturbed Vietnam veteran, Lander (Bruce Dern) convincing him of their beliefs,turning him against his country. Lander is dangerous, possessed of a trigger temper driven by a deep paranoia, but he is also pathetic and heartbroken. Captured by the Viet Cong, held in a five by five bamboo cage for years, he came home to find his wife with another man, a country which cared nothing for him, and a war that was unsinkable despite his sacrifices. Approached by Dahlia, he turns against his country and builds a unique bomb for Black September which they plan to detonate in the Super Bowl game, using the Goodyear blimp, which Lander pilots.

But the plan is discovered by the FBI and Israeli secret police while working together. Kabakov (Robert Shaw) understand the movement, their intense ruthlessness, that they will do anything, kill anyone who stands in their way. Knowing the leader of the group, Feisel is in the States, he goes after him. It becomes an intense race to get the blimp down before Lander can detonate the bomb, sending hundreds of thousands metal darts at the people.

Dern is extraordinary, both terrifying and heartbreaking as Lander, a man destroyed by forces he could not control. There are two scenes that define the character, the first he greets Dahlia after returning home, with a rifle aimed at her, quite prepared to kill her. Having been alone for days, his paranoia has got the better of him and he is about to blow. Only Dahlia can control him, soothing him, comforting him with love and sex.

The second scene, the mission has been aborted and Lander is devastated. Dressed in his military best, he describes each medal to her, then begins to break down talking about his experiences in the war, what he suffered as a prisoner of war. Breaking, sobbing, he talks about wanting to get even, giving the country something to remember him by, it is a shattering sequence that convinces Dahlia to continue with the bombing. Beautifully capturing his rage and equally his pain, the actor is superb in a career best performance that sadly went largely unnoticed. Dern should have won the Academy Award for Best Actor for his performance as none of the nominees or winner came close to his remarkable achievement as Lander.

Keller is like some perverse Joan of Arc, a dark angel on a mission of murder, blindly following her orders knowing completion of the mission means her doom. Keller had a decent run in the seventies with this bookended by Marathon Man (1976) and Bobby Deerfield (1977) which saw her working with some of the greatest actors of the decade.

As Kabokov, the whip smart Terrorist specialist, Robert Shaw is excellent, creating a man who knows his enemy certainly enough to fear him, is aware human life has no value to him, and realizes Black September will carry through what they have started. He carries the weight of sparing Dahlia, thinking her a prostitute he encountered in the shower. Only when he hears her voice threatening America does he realize who she is. Shaw was fresh from his great success in Jaws (1975) and the adventure Swashbuckler (1976), giving one of his finest performances here. Sadly he would be dead within months, never enjoying the great success he had become late in life.

John Frankenheimer directed the film with an intensity few films possess, giving it a hyper realistic feel, virtually documentary like. The stunning chase scene in Miami, as the authorities pursue Feisel, is heartstopping, as the terrorist kills anyone in his path before they corner him on the beach. Equally good is the sequence leading to the blimp hijack, with Lander and Dahlia slaughtering all those they encounter to load their terrible bomb and get to the stadium. Frankenheimer juxtaposes the superb action scenes with intimate scenes of raw human power, especially those between Dern and Keller.

The film was rediscovered on video but has never found the following it so deserves. Easily the best film of Frankenheimer’s career, Dern’s best performance and still the most chilling film I have experienced about terrorism, it is a masterwork that deserves attention. Frankly I am shocked a sports event has not been targeted, which makes the film all the more frightening.

ARE WE PART OF THE PROBLEM? 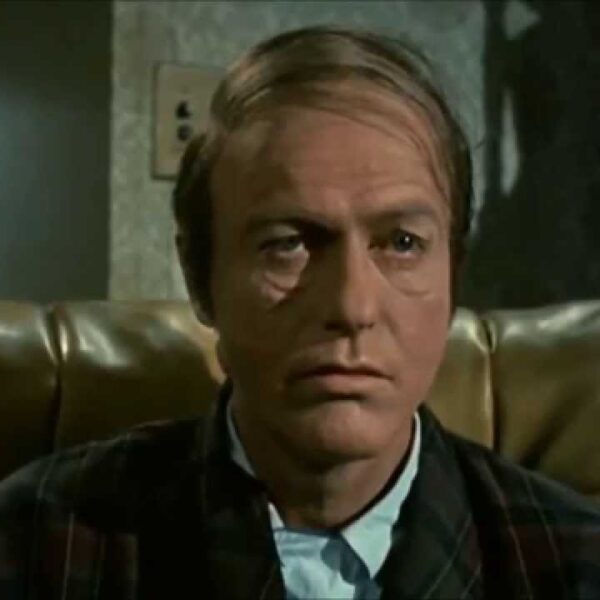