I have struggled with writing this review for more than a week, not because I did not know what to say, but I wanted it to be as honest as I could be without being cruel. Nope did not work for me, at all, I found it trite, dishonest, and just all over the place. Generally, films about aliens contacting earth I enjoy, even the stupid ones like Independence Day (1996), or the silly but widely enjoyable Men in Black (1998) franchise.

The first time I saw Steven Spielberg’s Close Encounters of the Third Kind (1977) I was moved to tears of awe and wonder. Upon exiting the theatre, television crews were interviewing the stunned movie goers and though I was not among those questioned, I overheard a woman speak about the film. Her answer was perfect.

“It was like seeing…God” she said, as the tears streamed down her face.

Such a perfect answer.

Now, it so happens I do not believe in God, though I do think something happens to us when we die, we move on to something (likely to be born again), but one almighty being? Nope. Don’t buy it, but it gives a small indication of the staggering power of the Spielberg film. In the nearly 50 years since the release of Close Encounters of the Third Kind there have been countless alien visitation films, most of them being about the visitors coming here to kick our asses and take our planet. The best of them would include Spielberg’s War of the Worlds (2005), until the last forty seconds of the film, Signs (2002), much better than it was ever credited for being, and the big explosive Independence Day (1996). Those I prefer are the ones where the aliens are coming in or making contact to say hello, something other than blowing us to hell, because if they have made their way to us and we have not even begun to find them, chances are their technology is vastly superior. Why bother watching us, learning about us, seeing our inferior technology only to blow away??

However, if they have come to visit, to make us aware, to share their knowledge, I am in. After Close Encounters of the Third Kind, Spielberg gave us E.T. – The Extraterrestrial (1982) one of the greatest films ever made, and then we had Contact (1997), a wonderous work from Robert Zemeckis and most recently the sublime Arrival (2016), each powerfully intellectual works anchored by a brilliant performance from the lead actresses, Jodie Foster and Amy Adams respectively. There was much to like in Nicholas Roeg’s The Man Who Fell to Earth (1976) with David Bowie as an alien hoping to save his dying planet with a fraction of earth’s water, and the lovely Star Man (1984) with a brilliant Jeff Bridges performance matched by Karen Allen. Each film is very different yet each rings of intelligence which seems to make them plausible. Each is in its own way a breathtaking human look at the possibilities of alien contact and wonder each would bring.

Nope is nothing of the kind because it tries so hard to be so many different things at once. It has some moments to be sure, the realization a single cloud has not moved all day, the fright in the barn, but they are few and far between and it keeps jumping around to be a different movie. Aliens who have developed a sate for human flesh? Government conspiracies? Everything that made the previously mentioned films work, but never followed through in Nope.

Jordan Peale has made a film that is confounding from beginning to end despite the appealing presence of Oscar winner Daniel Kaluuya, an enormously gifted actor who made a smashing debut in Peale’s first great film Get Out (2017). I was not an avid admirer of it, though I did enjoy Us (2020), his second film. This new UFO film is just a mish mash of ideas from previous such films, crammed into one single film and attempts to be a singular narrative. I was frustrated 30 minutes in and by the end just enraged.

When asked if I recommend Nope, the answer will be easy, and I can quote the film’s title. 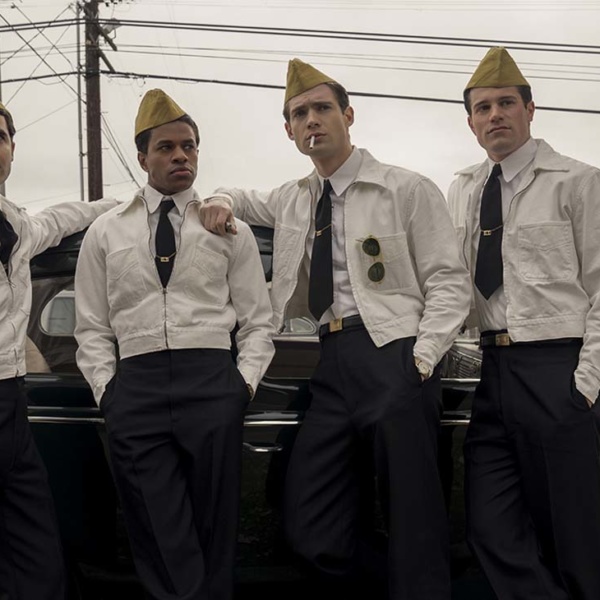