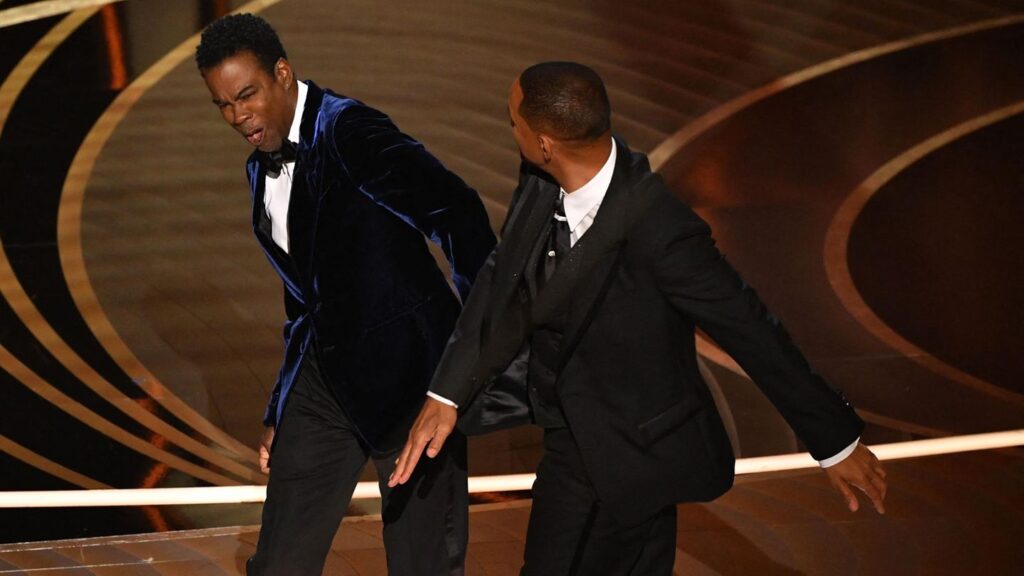 Watch the highlight of the entire scene beginning with Chris Rock’s entrance. He is known to be a hellion when unleashed on an audience, so someone is going to take his fire, and everyone knows it. The Academy knows it too and remember they once had him host the awards. He comes out and says to Jada Pinkett Smith, referring to her short hair cut, he was looking forward to seeing G.I. Jane 2. That was all he said. Will Smith is laughing through it, clearly finding the joke funny, until he sees the terse, obvious anger of his wife, who did not find the joke funny at all.

BUT INITIALLY WILL DID!!! The camera caught him guffawing in a big way! But within seconds everything changed.

The camera cut away and in that time she either said something to him, or he read her look and knew he would deal with the wrath of Jada if he did not do something to defend his wife’s honour. Having cut back to Rock, he sees Smith approaching the stage and perhaps thought they were going to improv a bit together. Instead, he was viciously slapped in the face and then told loudly to “KEEP MY WIFE’S NAME OUT OF YOUR FUCKING MOUTH!” Smith shouted this at him, loud enough for the entire auditorium to hear it, though the Oscars had cut sound, unsure what was coming.

Had Jada smiled, or even laughed a little, the incident would not have taken place. But she took it as a personal insult because she is dealing with alopecia, a disease that brings about hair loss, with no promise the hair will return. I cannot imagine how Chris Rock can live in Hollywood, work in the business and NOT have known this, but I suppose it is possible. Or he might have thought the joke was so innocent it meant nothing.

Jada Pinkett Smith sat there as she did all night, looking terse, bitchy, entitled and beyond kindness of any kind. In fact, if I may, my cousin felt the Smiths looked entitled, as though they were there for their own personal crowning. There was no question Will Smith was going to win Best Actor, having won every other award that leads to the Oscars, but where does this smugness come from? More her than he, but he certainly reacts to her. It was seconds, literally seconds in between seeing him laughing at the joke, and her icy glare, that he walked towards the stage and slapped rock, clearly shocking the often toxic comic.

Was he defending his wife’s honour? I doubt it. As movie stars they are in the intense glare of the public eye and have much worse things written about them, asked of them in interviews, or said to them, and they must know by now after 30 years in the business, a very thick skin is required.

Did Rock cross a line?

If he knew about her disease, he should not have said what he said, but for another, a middle-aged man to rise, walk to the stage knowing millions are tuned in and smack him very hard is childish.

Smith has now apologized to Rock, publicly, the right thing to do, but what will the Academy do? What will be considered fair punishment for Smith? Take away his Oscar? That is certainly not happening and never forget the Academy voted a convicted child rapist Best Director award when they gave Roman Polanski the Oscar for The Pianist in 2002. Measure that by what Smith did and it seems pretty tame.

He did assault Rock, no question, and Rock might have pressed charges. There would certainly not have been a lack of witnesses, but Rock displayed the very class Smith lacked in choosing to let it go.

I hope with all my heart Smith was watching Lady Gaga come out to present Best Picture with a feeble Liza Minnelli, in a wheelchair struggling (mightily) with Parkinson’s Disease. To begin, Gaga gave one of the year’s finest performances by an actress in House of Gucci, winning the prestigious New York Film Critics Award for her performance, which almost always takes the winner to an Oscar nomination. Granted, the Best Actress category was jam packed this year, 10 actresses deserved nominations, but it was Gaga who was snubbed. I can only imagine the hurt she felt nomination morning after the love she was bombarded with for A Star is Born for her electrifying and Oscar nominated performance in that. So, no nomination for Lady Gaga, but yet she agrees to present Best Picture because has class and asks to do it with Liza Minnelli, celebrating the 50th anniversary of her film Cabaret (1972) which earned her Best Actress in 1972. Confused and obviously terrified of looking like a fool, Minnelli knew she has in trouble reading anything, so Gaga gently leaned down and said to her, “I got you.”

What a monumental act of class that I hope Will and Jada Pinkett Smith were watching. I hope it sunk in. Here we are having borne witness to the staggering class of Lady Gaga and the courage of Liza Minnelli, and yet all we are talking about is Will Smith’s utter classlessness.

I hope the Academy bars him from ever attending again unless nominated. Let him keep his Oscar because every time he looks at it, no matter how deserved, it will be a reminder of the incident that tainted the win, ruined the night, and might have shown more of his true nature than he meant to show. If he behaves like this in front of hundreds of millions of people around the globe and the packed auditorium, how does he behave at home?? Is he the bully he seemed to be, or a tiny little man who is terrified of his domineering wife and jumps when she says so?

Men do not fight, boys fight.

Smith has proven himself to be a boy, a child stuck in the school yard. 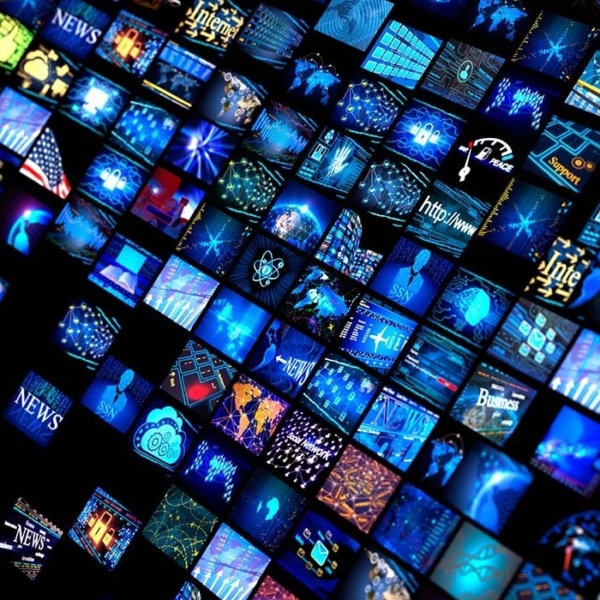 The Greatest American Films About The Media 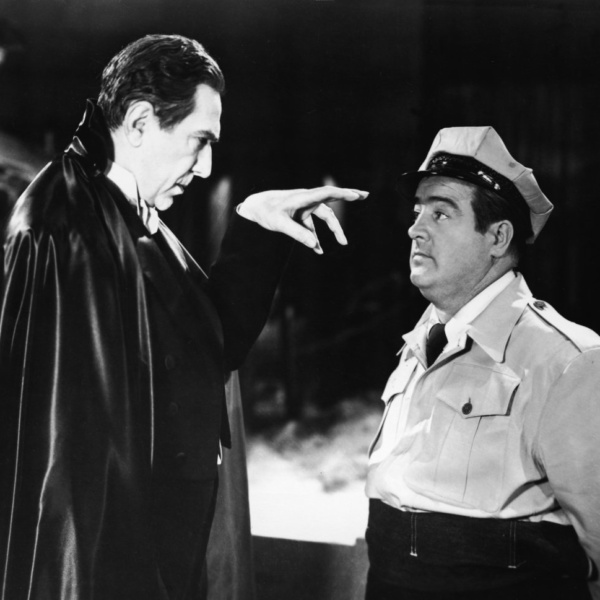