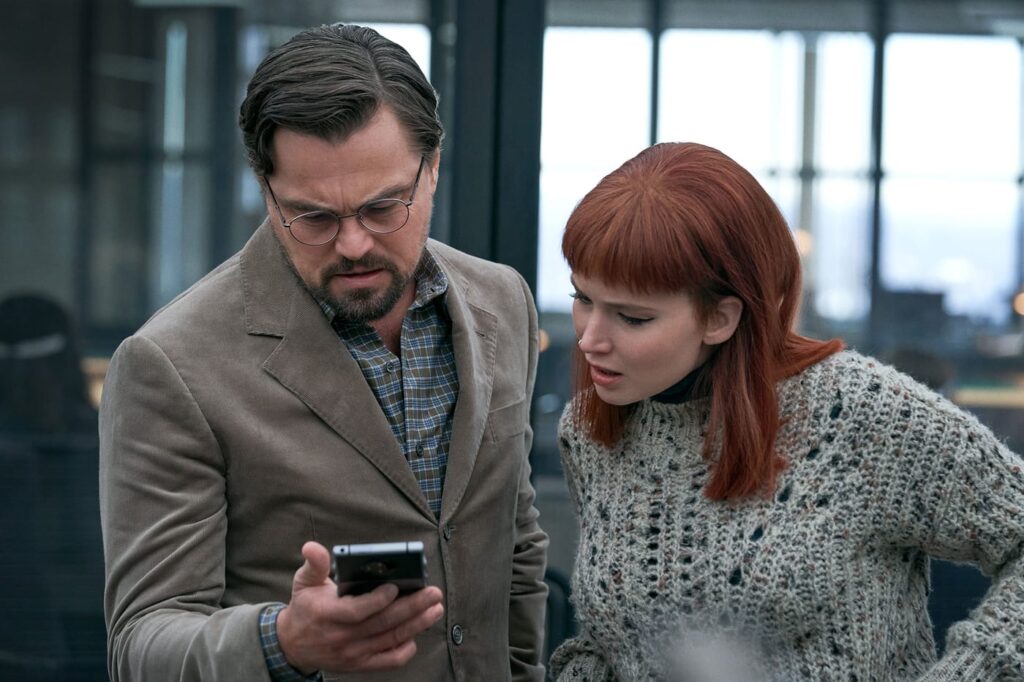 Admittedly I breathed a huge sigh of relief when Kristen Stewart was nominated for Best Actress for her haunting performance as Princess Diana in Spencer, a performance actually better than the film it is in, one that elevates the film to a greater level. After emerging from film festivals in Venice and TIFF as the frontrunner for Best Actress, Stewart was snubbed for a SAG nomination, which was considered the kiss of death for her getting attention from the Academy. Instead, there she is a Best Actress nominee for the first time, and the actress I hope wins the Oscar.

Here is who is missing.

LADY GAGA — After collecting the coveted New York Film Critics Award as Best Actress for House of Gucci, Gaga was considered a shoo in for a nomination for her delicious performance as Patrizia Reggiani who marries into the wealthy Gucci family. Almost at once she begins to tear the inner workings of the family apart, and when things do not go her way, she hires a hitman to kill her husband, portrayed by the great Adam Driver. Gaga is spectacular in a broad, nearly over the top performance that she manages to keep reigned in most of the time. it works, she is the best thing in this enormously entertaining, watchable film. She deserved a nomination, which would have been her second as Best Actress after A Star is Born (2018).

JODIE COMER — The popular Killing Eve co-star was brilliant as a Lady in 1300’s France who is raped by a friend of her husband’s, forcing him into battle with the man. If he is defeated, not only will he be dead and shamed, his reputation ruined, but she will be tortured and publicly executed as well! Comer is superb as the woman who pushes her husband into the duel because she knows she is right. The narrative is told in three episodes through the eyes of each of the participants, the last one, subtitled “true” is Comer’s and she is brilliant. No one really expected her to be nominated, the film was forgotten largely by the time November rolled around, but she should have been.

PETER DINKLAGE — The greatest performance by an actor as Cyrano de Bergerac I have ever experienced. I include Jose Ferrer, Heath Lamberts, Steve Martin, and any others I have seen on film or stage. Rather than a huge nose, this Cyrano is a dwarf, but deadly with a sword, and feared by anyone who so challenges him. His best friend is Roxanne, whom he adores, but cannot say so. When a friend confesses love for the lady, Cyrano offers to help him to profess his love through letters that he will write and he places his heart and soul into those letters. The movie is a musical version of the story and a wonderful cinematic experience. Dinklage is astounding as Cyrano giving a breathtaking performance of such emotional purity he might just take your breath away. This was the best performance by an actor I saw last year.

NICOLAS CAGE — As a once famous chef, now living in the forest with his pet pig, Cage is a marvel in Pig. Each day they journey into the woods to forage for mushrooms which he then sells to keep them alive. The pig is more than a pet to Cage, it is his friend, a creature he relies on for food, for money, and when the animal is kidnapped, he is devastated and enraged. So angry is he that he finds his way back into the city, where he swore never to go again, to find his beloved pig. A bold brilliant piece of acting from one of the greatest actors in the history of the cinema. Is anyone a braver actor than Cage?

LEONARDO DI CAPRIO — A very different role for Di Caprio, he is nonetheless superb as a scientist in Don’t Look Up who helps discover a comet headed directly for earth and will hit within six months, bringing about an extinction level event. When he hits the road to tell people, with his colleague portrayed by Oscar winner Jennifer Lawrence, they find no one really takes them seriously. The U.S. President, portrayed by a smug Meryl Streep (shades of Trump) especially! Di Caprio’s scientist finally heads home to wait with his family for the thing to hit, to be surrounded by people he loves. “We really did have everything” he sadly says seconds before the fires and explosions kill them all. A quiet, unsettling performance from Di Caprio.

ADAM DRIVER — His reputation continues to grow as an actor with Brando-like talent. I believe he deserved the Oscar for Best Actor over Joaquin Phoenix who won for Joker in 2019, so great was Driver as a husband in the process of losing his marriage in Marriage Story (2019). So raw, so angry, he was stunning. In Annette, as a vile comedian who stalks the stage flinging insults at his audience, commenting on the state of the world, Driver was again brilliant. When he and his opera star wife have a child, the child is a wooden puppet who sings and enthralls the world. Driver is deeply unsettling in the film, a dangerous man who holds humanity in contempt. Again no one really expected him to be nominated, but it would not have been out of place.

JARED LETO — Is he over the top in House of Gucci? A little. Does make up help his performance? Undeniably. But a few years ago they strapped Gary Oldman into a fat suit and gave him an Oscar as Churchill when in fact the fat suit did most of the work. Watch Leto, his performance is in the eyes and his movements, constantly pushed aside or rejected, it is a sublime piece of acting that deserved to be in the final five.

MARK RYLANCE — As the oddball wealthy scientist who seems to know something about everything, a Steve Jobs gone kooky, Rylance was outstanding in Don’t Look Up as the billionaire who creates a way out of certain doom but only for a select few of humanity. With a comet hurtling towards earth, which will cause an extinction level event, he is involved with the President in finding a way to first make money out of it, then destroy it and without telling anyone when all else fails … ESCAPE. Elitist, smarmy and brilliant beyond measure it is a fine performance but might have rubbed people the wrong way.

DENIS VILLENEUVE — His film Dune racked up 10 nominations but somehow the prime creative force, the director was not nominated for Best Director. The Directors Guild of America Awards nominated him, so an Oscar nod seemed certain, but no he was passed over. Why? Who knows? There was once a time the five Best Picture nominees matched with the five Best Director nominees, but no more, especially through the last 20 years. Going to 10 nominees for Best Picture totally confuses things. Either way, Villeneuve’s achievement was something grand and miraculous and he absolutely deserved to be a nominee for Best Director. This one was truly shameful.

MICHAEL KAHN — This Academy Award winning film editor is Steven Spielberg’s go to cutter. Nominated eight times, he has won three Academy Awards for Raiders of the Lost Ark (1981), Schindler’s List (1993) and Saving Private Ryan (1998) and continues to do Spielberg’s films. His work on West Side Story was electrifying, a huge part in giving the film its heartbeat, its energy and pace, and I am shocked to my core he is not a nominee, I had him picked as the winner. This one puzzles me.

THE LAST DUEL — Not nominated for a single award and it certainly should be among the very best of the year. Sir Ridley Scott had two major films this year, this and House of Gucci, but this was by far the greater movie. Too bad it did not get the success or nominations it so deserved. 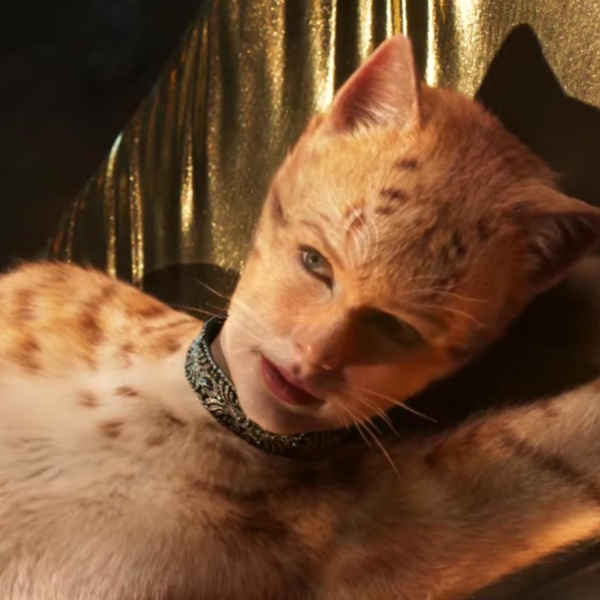 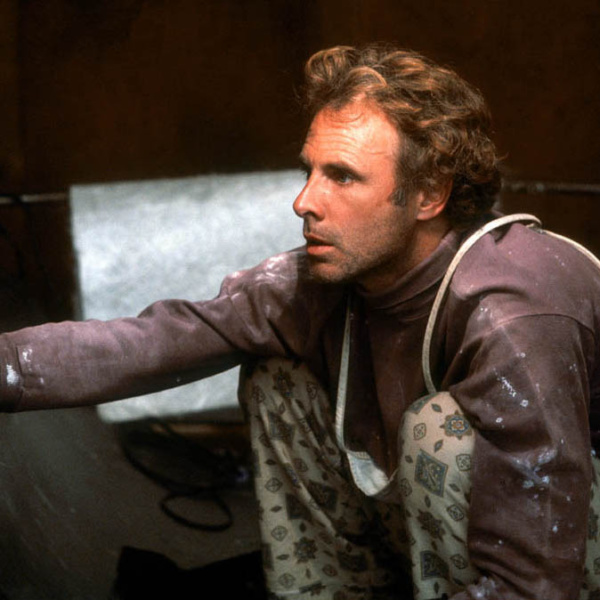