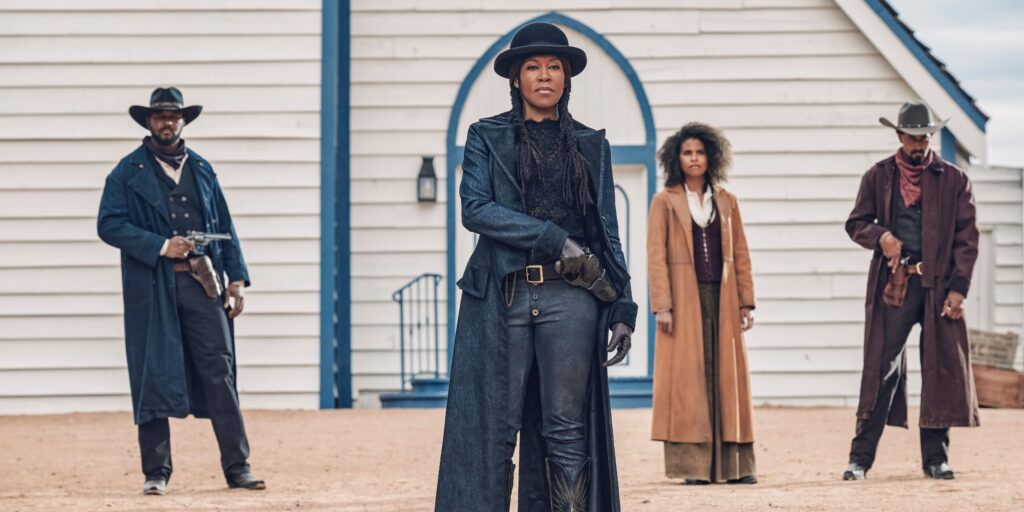 The American western has always been my favorite film genre. There is undeniable depth to the deceptive simplicity of westerns if you look for it. Sadly, not everyone does. They picture cowboys and Indians, bad guy wearing a black hat, good guy wearing white, and the marshal is brave and stoic. Look deeper, I urge family and friends who carelessly miss what is in a western. Missing the fact Shane was a gunfighter and a killer before he rode into that valley, changing the lives of those in it. That he leaves because he knows the farmer’s wife has fallen in love with him, and he with her, and he will not break up a family. He rides away to die, wounded, riding into the mountains from where he descended to die quietly, becoming myth.

In John Ford’s magnificent psychotic western, The Searchers (1956), John Wayne’s character does not go looking for his nieces to bring them home. He knows they will have been defiled by the natives, and searches to kill them. But when he comes upon Debbie, he cannot kill his blood, moreover, he cannot kill the daughter of his lover, his brother’s wife Martha. And that final scene, standing in the door frame, he cannot enter, he can never be civilized because of what the war did to him. He is more like the natives than he is a white man, forced to wander.

One more: watch carefully the manner in which Henry Hathaway made Rooster Cogburn mythic in True Grit (1969). How he shot the film, the camera angles, and casting John Wayne as Rooster. A mountain of a man, Rooster was a fearsome character. Riding into the meadow where he will be outnumbered four to one, watch him. Does he back down? Does he give them the road? No, he twirls his rifle and fearlessly marches forward like an old knight going into battle one more time. Taunted as a “one eyed fatman”, he puts the reins in his teeth, takes his rifle in one hand and a pistol in the other and charges at them like a conquistador from times of old. No fear, none. When the Coen Brothers superbly remade the film in 2010, they wisely chose not to make Rooster mythic, because Jeff bridges, a brilliant actor, did not have the baggage John Wayne brought to the role.

I love westerns. Good westerns and those few that are truly great. Clint Eastwood’s dark Unforgiven (1992), the haunting The Assassination of Jesse James by the Coward Robert Ford (2007) featuring Brad Pitt as a dangerous Jesse and Casey Affleck as Bob Ford. Both very dark films in which we see characters who are undone by violence.

In a clever merging of Spaghetti westerns with Blaxploitation cinema, we get a western with primarily black characters and are told at the beginning in bold letters: THESE. PEOPLE. EXISTED. OK, fair enough. I am not sure why we had to know that when the filmmakers make no real effort to tell their stories.

The opening scene shows a family’s dinner disrupted by a mysterious stranger, whose face we never see, but is known to the father of the family. Terrified the father backs up as the stranger advances and suddenly without warning shoots the mother and wife dead. Turning his gun on the father, he kills him too, and then turns to the eight-year-old boy. He does not kill him, instead cuts a cross into his forehead, leaving him to fend for himself.

The child grows up and we learn that he is Nate Love (Jonathan Majors), a well-known outlaw with a gang and they specialize in robbing other gangs of their loot. Nate robs an especially dangerous outlaw, Rufus (Idris Elba), sprung from jail by his gang, led by the deadly sociopath Trudy (Regina King), she of the fearsome stare and intense looks. That is enough to start a war between the two gangs, and when Nate shows up in Redwood, the colourful town built for the African Americans, Rufus takes prisoner Stagecoach Mary (Zazie Beetz), the one-time lover of Nate, and member of his gang. Nate has come back to her, intending to propose. Rufus gets to her first and makes clear if his money is not returned by a certain time, he will kill Mary without hesitation. We believe him, because if he doesn’t do it, Trudy will, just for fun. 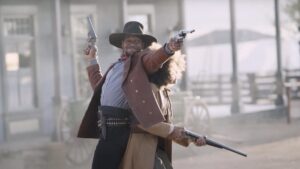 So, they head to Mayville, a white town, literally that looks like whitewash paint has painted every single detail of the place, including the dirt in the road. Seriously, it all but glares. There, Nate and his gang rob a bank, and with an almost jovial attitude, watch the whites tremble in mortal terror at the thought of blacks in their precious community. Asking the deadly gunslinger Cuffee (Danielle Deadwyler) to don a dress to help with the robbery. Here we learn that he is a she, a complete surprise to me. It is a credit to the actress she had me convinced she was a delicate looking young man. She is a crack and lightning-fast shot, a major asset to Nate’s gang.

The final shootout back in Redwood is very predictable, almost sadly so. Major characters are shot, and die in gruesome manners, As expected, Mary goes after Trudy and they have a hell of a fight, slamming each other into walls, through windows, using whatever weapons they can find to try and break the other. They become two vicious wildcats going at one other, intending on murder.

And then comes the twist. Finding Rufus alone in his place, Nate does not shoot him right away but listens to a long story the man tells that ties them together. If you are listening and watching the film, truly, you might figure it out. I did. It ended up being anti-climactic for me, and by the time it happened I did not care.

That is the basic problem with the film. We just do not care about any of the characters, save Cuffee. Granted the characters are for the most part bad guys and outlaws, but usually actors playing such characters find a way to make them a little bit likable. Not here. They are nasty until their final scene. In terms of performances, Idris Elba always find a way to add something new to his villains and does it again here. What a marvelous presence he has, and he does not have to say much for us to understand he kills without mercy, without conscience. Trudy, portrayed by Regina King, kills for fun, almost for sport, and King sells the character with a lively performance, smoldering with intensity and cold fury. But is she playing a character or the attitude of said character? Zazie Beetz is terrific as Stagecoach Mary, bringing an intelligence to her character that makes her always the smartest person in the room which Nate knows and admires. She is without a doubt the leader and he knows that too, and does not seem to mind.

The best performance in the film is given by Danielle Deadwyler. How I longed for more of her.

By the end of the film, we have seen a lot of style and very little substance. It is fun, sometimes, even entertaining, but like candy floss it was gone from my mind once it had melted. Might be worth a watch but definitely not more than that. 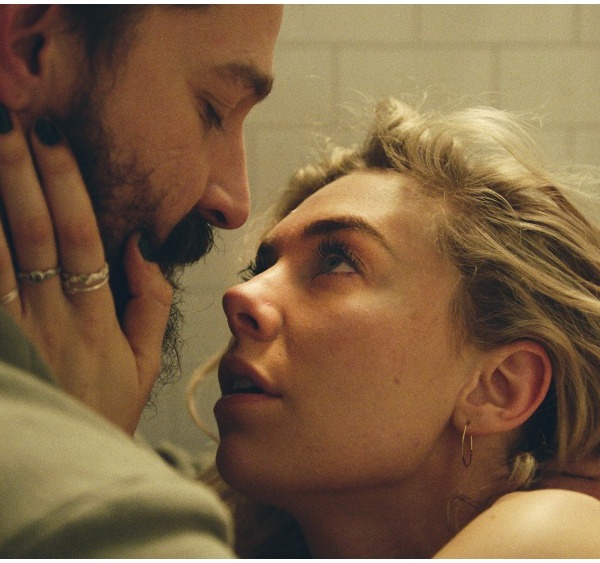