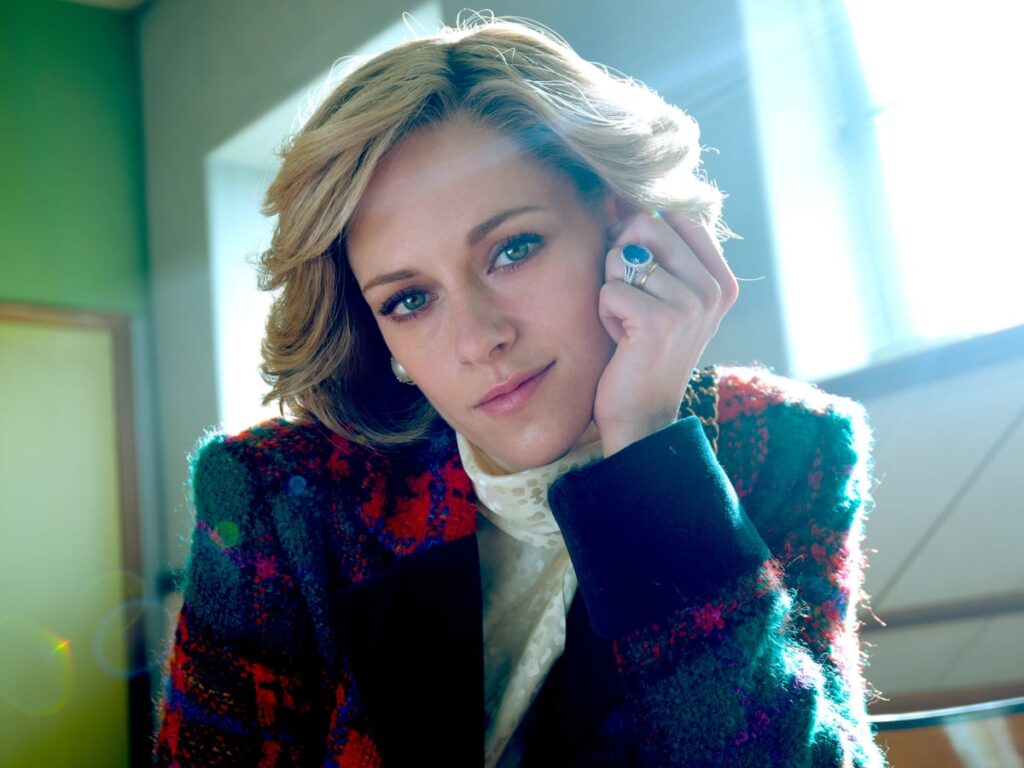 In its own vile way, the Royal Family drove Princess Diana into the tunnel where she met her demise. They stood by and watched Prince Charles humiliate her with no regard for the fact she was the mother of his children; they jealously watched as she became the apple of England’s eye, replacing the Royals in regard and admiration. She was, before Elton John sang it, England’s Rose and the arrogant, insular Royals did not like it one bit.

What they did to that poor girl is shameful, and make no mistake, they did it. While married to Diana, good old Charles was having his way with horse-faced Camilla and who knows how many other mistresses. He was, by all accounts, a cad, a man who in another time, would have been challenged to a duel with pistols. Guess he would rely on Mommy to get him out of that.

Spencer, the beautiful new film directed by Pablo Larrain, shows us the devastating impact on Diana after agreeing to be Princess. The weekend she died, I was speechless, unable to process what had happened. I simply could not believe one so good had been taken just when she found some happiness. I learned to despise the Royals while watching the life and death of Princess Diana. The abuse heaped on that poor girl, who had no idea what she was getting into by marrying that boob, remains unforgivable. If her sons know everything, and Harry just might, how could they even speak to their father, their grandmother, any of them?

Kristen Stewart knows a thing or two about being sought out by photographers, being abused by the media, and being the subject of vile lies. I remember seeing her after the news of her brief affair with her director had broken. She apologized profusely to him, and to the director’s wife. You might think, wait a minute? The director was a married man? Why was he not raked over the coals as she was? Why indeed.

Stewart has shunned the public eye for quite some time. She was an actress, but she did not sign up to be a “thing” photographed endlessly, sought out by the press, having to wear disguises to go anywhere. She did not sign up for the complete loss of privacy, and for the assassinations on her character. She ignored them and quietly lived her life and acted in movies. 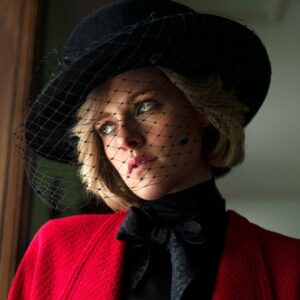 Worldwide fame came with the Twilight franchise in which she portrayed Bella, the young lady who falls in love with a vampire, decades older than her, but forever 18. Teen audiences went mad for the films, making them hugely popular. The critics dismissed the series, but it did not matter. The money still rolled in. Suddenly, and much to her dismay, Stewart was everywhere. She did not care, she quietly worked on her craft. A solid performance as a child in Panic Room (2002) with Jodie Foster had made her a child actress to watch, and her performance as horny, lovestruck teen in Sean Penn’s magnificent Into the Wild (2007) attracted attention of the good kind. She was criticized for being moody and sullen but exploded with energy in On the Road (2014) and continued to grow as an actress. Stewart was downright brilliant as the haunted young woman in Personal Shopper (2016) earning high praise from the nation’s critics, who were beginning to watch her with less cynicism. Of course, they were late to the party. Her brilliance was apparent long before this.

She was terrific in Adventureland (2009) as a young woman struggling to find herself, using sex as a tool until she realizes she is in love with a young man. As Joan Jett in The Runaways (2010) she played ther the rocker superbly. She won the New York Film Critics Award for Best Supporting Actress in The Clouds of Sils Maria (2014) and then people really started to notice. Stewart earned high praise in Woody Allen’s Cafe Society (2016) and then seemed to have great fun in Charlie’s Angels (2019), yet another reboot of the TV series. Stewart was far and away the most interesting character on screen in the lightweight comedy, also while showing off her physicality. Before Spencer, she gave a superb performance as a somber Jean Seberg in Seberg (2019) as the mysterious actress activist of the 50s and 60s. Sadly no one other than film critics saw the film, and it remains largely unseen.

Now, as Princess Diana in Spencer, she gives a performance for the ages. Astonishing in every way, Stewart finds the soul of Diana. The film takes place during the Christmas holidays when Diana is considering leaving the marriage to Charles with her two sons. Sequestered at Sandringham Estate in Norfolk, one of many properties the Royals enjoy. By this time, the family goes so far as to attach a guard to Diana, Major Gregory, portrayed by Timothy Spall, to observe her every move. A dour man with ever watchful eyes, he is not entirely unsympathetic to Diana, but was tasked to do a job by the Queen and has pledged to do so.

Very much a bird in a gilded cage, Diana can feel the crushing weight of the Royals bearing down on her. She despises their traditions, their false manner, dislikes the image they project given she knows what they are behind the scenes, and hates the cold atmosphere around them. One must be on time for meals and the Queen must be the last person seated or there will be hell to pay. Diana is notoriously late, likely just to get a real reaction, just to get some emotion out of this cold group.

I am not of the mind a biographical film must be cast with lookalikes, but I do believe the actor should in some way capture the character. Stewart does exactly that, adopting Diana’s moves, voice, inflections, bringing the shy young girl to the screen with great dignity and a sense of deep sadness. Yet beneath it all, is a steel the Royals never expected her to have. She withstood everything they threw at her in the days up to the announcement that she was leaving the marriage and after. Sadly, from the day she married Prince Charles, she was headed towards that tunnel in France.

Trapped in a family she despises, she wants out, and by out, I mean far away. Charles even has the audacity to flaunt his affair with Camilla in front of her, gifting them the exact same string of pearls for Christmas. There are moments where she is alone that she can be herself, dancing in the massive rooms or running through the frosted fields like a princess in a fairy tale. By now, she knows her marriage was a lie, there would be no fairy tale, because her husband loved another. Her truest joy are her boys, and when with them she is alive, her eyes dancing with love and joy. Juxtaposed against her emotionless eyes in the company of the Royals, Stewart shines brilliantly in the role.

She arrives at the Estate near hysterical after getting lost driving herself, managing to give the slip to her security team. Careless? Yes, but necessary we learn to keep her sanity. From the moment she arrives, the claustrophobic and chilly atmosphere do their dark magic on her, bringing her down, bringing her ever closer to the decision that she needs to leave. We witness through her brittle manner, her eating disorder, the self-harm, the mounting paranoia, the fear the Royals might kill her, her spirit is being crushed. It becomes very apparent if she does not leave, she will go insane or harm herself. We see the pain in her eyes, in how she carries herself, in how she speaks. Being Princess Diana has made her famous, the most famous woman on the planet and among the most beloved, but it has also damaged her irreparably.

Throughout the movie, we feel the inhospitable world she walks into at the Estate. We see how chilly and remote the Royals are with her, how they treat her, and how they shut out anyone who is not their blood. They are like ferocious businessman protecting their brand, and they fear her. How dare she come in and usurp their popularity? The Queen is supposed to be the most beloved Royal, and now the woman married to their son is threatening that!

As Prince Charles, Jack Farthing is cold and aloof especially to his wife. There is no speaking with him, as he is concerned only with how things impact him. If he had shown her the least bit of love and kindness, perhaps the outcome might have been different. We know how the Queen reacted to Diana’s death from the film The Queen (2006) which won Dame Helen Mirren an Oscar for Best Actress. Very nearly bringing down the Royals with her boorish behaviour and reaction to the death of Diana, it took much interplay from Prime Minister Tony Blair to bring the Queen and the family to their senses. As Elizabeth, Stella Gonet is very good, cold, that same distance as the rest of them, but I found myself missing Olivia Colman from The Crown in the role.

The film belongs entirely to Kristen Stewart who will never be disparaged as an actress again. Ever. Going far beyond nailing the accent and the mannerisms, she does something much greater. She finds the soul of Diana and allows herself to be inhabited by it, giving a luminous performance that in the end strokes our soul with its beauty and sadness. 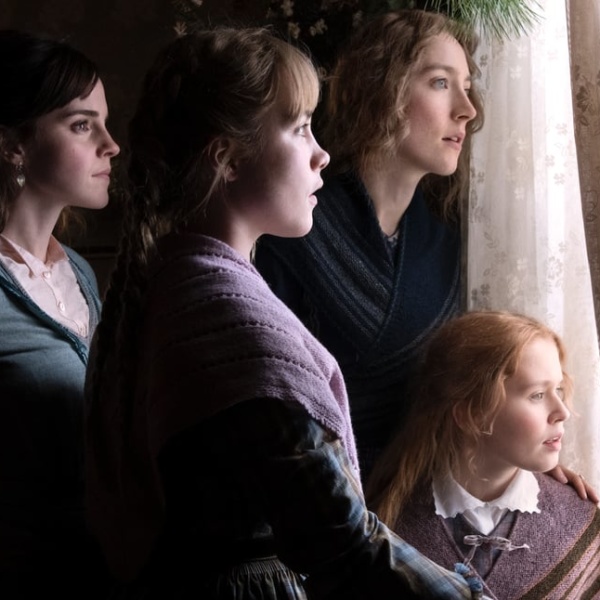 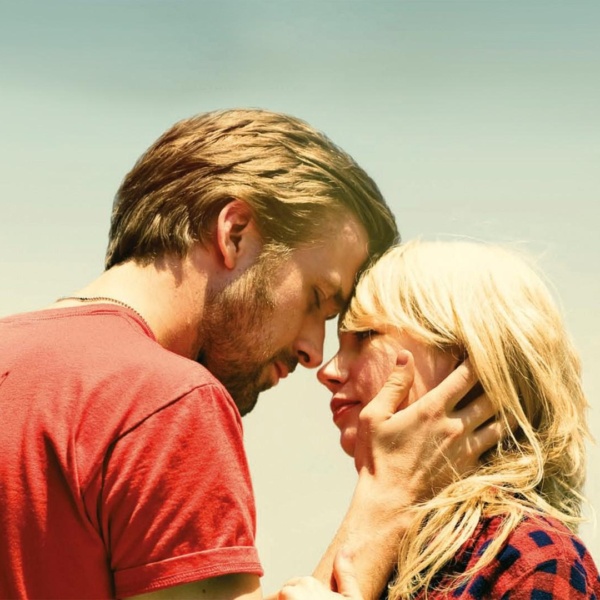