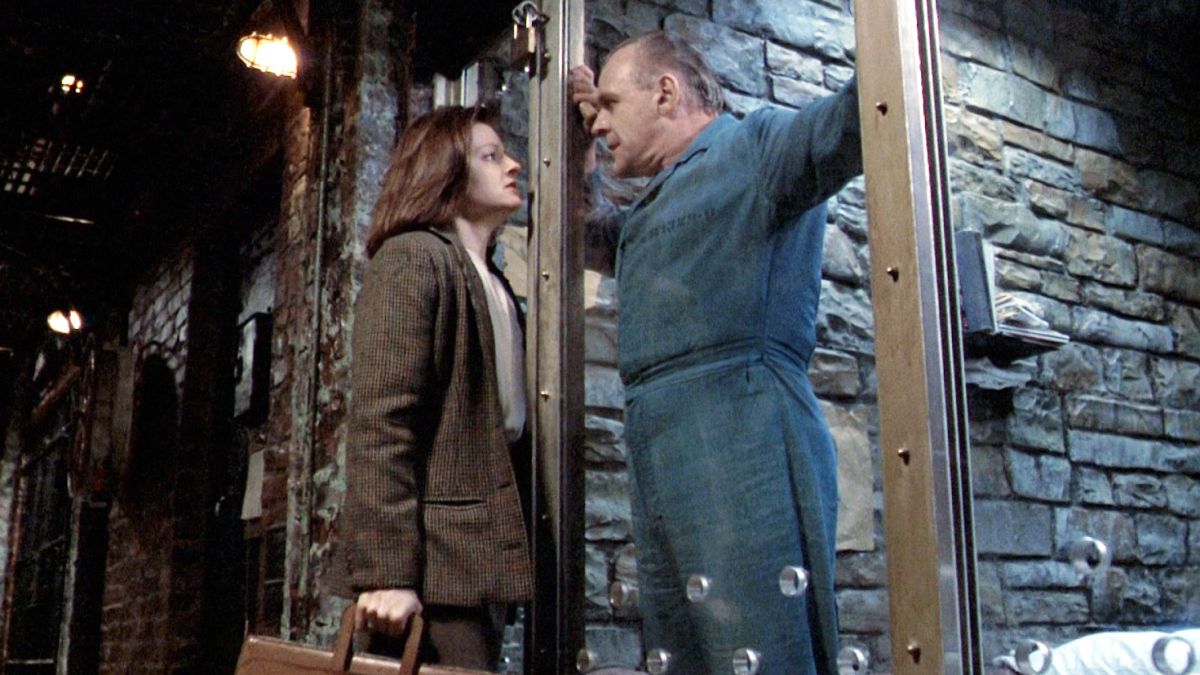 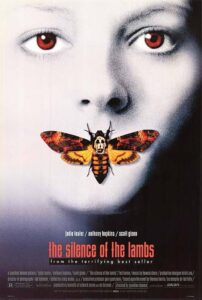 From the time I first screened The Silence of the Lambs I have maintained the great strength of the story, the secret weapon if you will, is the superbly empathetic performance of Jodie foster as FBI trainee Clarice Starling. I am aware that Anthony Hopkins is brilliant as Dr. Hannibal Lecter, the convicted serial killer Starling goes to interview hoping for a profile, and I mean to take nothing away from Hopkins’ achievement; it is legendary and deserving of every accolade the actor received. And though Foster too won the Academy Award for Best Actress and the coveted New York Film Critics Award for Best Actress, I am not sure she has ever received her due for the truly extraordinary performance she gave.

As she arrives at the office of Jack Crawford, Head of the FBI Behavioral Science Division where she hopes to be assigned, she is told to go into his office and wait. She does, looking around until her eyes fall upon the bulletin board where the photos of the victims of Buffalo Bill are posted. Starling looks at them with such empathy, compassion, deep shame, and dare I say, knowledge of perhaps what they went through? She seems at once tuned into the victims as though she were one of them. It might be the best acted scene in the entire film and is so pure, so perfect. Sent on an errand to interview the imprisoned but still lethal Dr. Hannibal Lecter, nicknamed Hannibal the Cannibal for his penchant for eating his many victims. Lecter remains dangerous because of his formidable IQ, not measurable by human standards, a genius beyond the level of genius. Crawford warns Starling not to let Lecter into her head, tell him nothing about yourself.

What do we expect when we see Lecter after the huge buildup we have had? Not what we see. Standing perfectly erect in the middle of his cell, dressed neatly in his prison clothes, hair combed back, nails trimmed, impossibly immaculate, he has prepared for her. He greets her with a pleasant, even cordial “good morning” and they get to work. Lecter likes Starling, he admires her, and sees her as an intellectual equal and they thus begin a curious dance that lasts over the length of the film as she uses his mind to find out who the vicious Buffalo Bill might be. Lecter knows, almost from the first time he reads the case file or sees the crime photographs in which the killer has skinned young women of their flesh. He helps Starling bits at a time, “quid, pro quo” is their agreement, and for each bit he gives her, she is expected to tell him something about herself.

Meanwhile Bill has kidnapped again, this time a powerful senator’s daughter, and is preparing to skin her very soon. The skin must be supple and for that to happen he knows to starve her for a few days. He keeps her in a pit in his basement while he prepares the skins he is sewing together to make a suit of female flesh, the suit of a woman. Jame Gumb (Ted Levine) is his name, a man trapped in the body of one, and desperate to get out. He dances a strange dance in front of a mirror, tucking his penis under his groin to give the appearance of being a woman, remarking all the while about his beauty. We realize he never calls the young woman in the pit, Katherine (Brooke Smith) by her name, making it easier to kill her.

Having lied to Lecter about a different location, the good doctor is angry and promises a deal when talking to the mother of the kidnapped young girl. Of course he has no intention of telling her anything, instead he taunts her, insults her, terrifies her. Clarice manages to get in to visit with him for a few moments and he again tells her what she needs to find him, teasing her with the information. Their fingers tough gently as he passes her back the police file, just before the smug Dr. Chilton (Anthony Heald) breaks up the meeting. Shortly after Starling leaves, Lecter escapes as we know he will, an error in judgement allowing him to break free and attack the two guards, killing one, maiming the other. Lying prone on the floor, wearing the face of a cop, Lecter manages to have them take him directly out of the building to a waiting ambulance, thinking he is the injured cop. Once away, he makes it known to the ambulance attendants who he is and attacks and kills them both. Hannibal the Cannibal is free, the nightmare of the FBI, Clarice and most of all, his keeper, Dr. Chilton

As Jack Crawford and his men close in of who they think is Gumb, Clarice rings his doorbell. He invites her in, and appears to want to co-operate with her, but then a telltale Death’s Head moth lands on his gown and having left one in the throat of a victim, Starling knows at once who he is. Though she pulls her weapon he flees into the basement where he is very much in charge, turning out the lights and putting on his night vision goggles. He stalks Clarice, comes right up behind her, reaches out for her, but does not touch her. She is wild eyed with fear, flailing around, hoping to get lucking and find him. She can hear the screams of Katherine behind her, but not those of Gumb, until he prepares to shoot and she hears the click of his weapon. Without hesitation, as she has been taught, she turns and fires, hitting Gumb each time she fires, killing him. He bleeds out on the basement floor.

Starling graduates, now the star pupil of Jack Crawford and no doubt headed to a brilliant career in his department. They speak briefly at the ceremony until she is called away for a phone call.

It is Lecter, calling her to congratulate her on her graduation day and let her know he has no plans to call on her but expects the same courtesy. She asks where he is, he will not say, other than he is having an old friend for dinner. He is in the tropics somewhere, and we see the officious Dr. Chilton getting off a plane, walking towards dinner and his doom.

The Silence of the Lambs was a huge box office success and buoyed by rave reviews. Director Jonathan Demme had crafted, and brilliantly, a textbook police thriller with extraordinary performances, and his own superb direction. He simply did not make a poor choice, spot on in each one as perfect a thriller as I have seen. 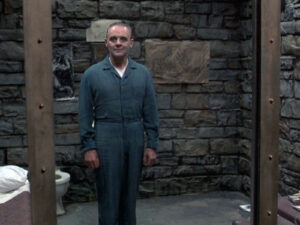 Critics hailed the performances of the two leads, Anthony Hopkins and Jodie Foster, both who are perfection in their own right. Incredibly Hopkins is on screen just over 22 minutes, yet his haunting presence dominates the film, and each scene is like a jolt of electricity. He never blinks, his eyes seeming to see right through anyone he is talking too, right through to their very soul. He sizes Clarice up the first time he sees her and is right about everything he says, including her ambition, and her brains. He respects her for this, is impressed with her honesty towards him, and against the wishes of Crawford talks to him, often. Hopkins is merely astounding in the role, as though it were made for him. Deliberate, in no rush ever, he does every task methodically having given everything he does a great deal of thought. Including murder.

Foster, as previously mentioned, is a revelation as Starling, matching Hopkins in every scene and handling those away from him with an intense genius that must be studied by actors of future generations. Demme wisely shows her diminutive stature often, yet we watch her clear a room of cops that tower over her, with her confidence and command. The look on her face when she realizes exactly who Gumb is gives nothing away, she professionally unbuckles her gun and is ready for action in seconds. Everything Foster does in the film is perfect, one of the screens greatest performances and the heart and soul of the film.

Ted Levine, too often the forgotten man in the movie, is frightening as Jame Gumb or Buffalo Bill, his deep guttural voice off putting, his quest to make a suit of flesh frightening, but more terrifying is his resolve to do it. Levine gave a brave performance but has never done anything remotely this exciting or good again, despite working steady as a character actor.

The Silence of the Lambs swept the New York Film Critics’ Awards winning Best Film, Actor (Hopkins), Actress (Foster) and Director (Demme), making it the film to beat at the Academy Awards. Though Bugsy (1991), a superb crime epic with Warren Beatty, had more nominations (10) on Oscar night, the evening belonged to The Silence of the Lambs. Of its seven nominations, the film won the top five awards: Picture, Actor, Actress, Director and Screenplay, a feat accomplished just twice before, by It Happened One Night (1934) and One Flew Over the Cuckoo’s Nest (1975). It has not taken place again in 30 years.

Hannibal Lecter became the most iconic character in film for the decade, still imitated today, spawning two sequels and a TV series (without Hopkins and Foster). Nor did Foster appear in either sequel or prequel, though Hopkins did in both. Neither was nearly half as fine as the first masterful film.

How good is The Silence of the Lambs? By placing it at sixth I have very likely done the film an injustice, which only time can correct. 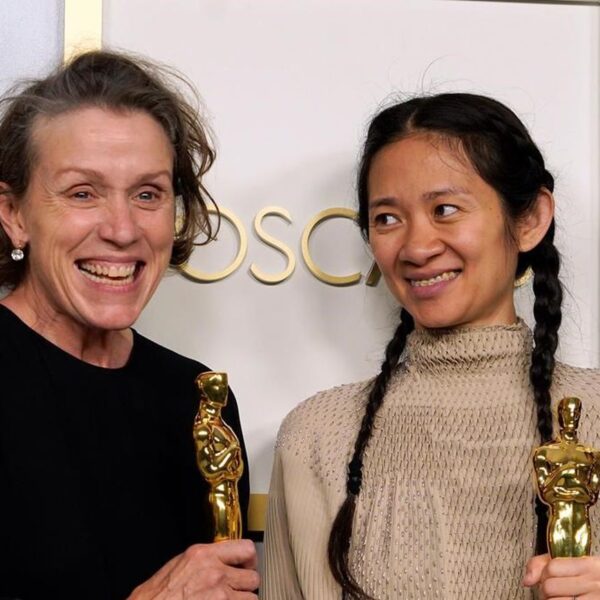