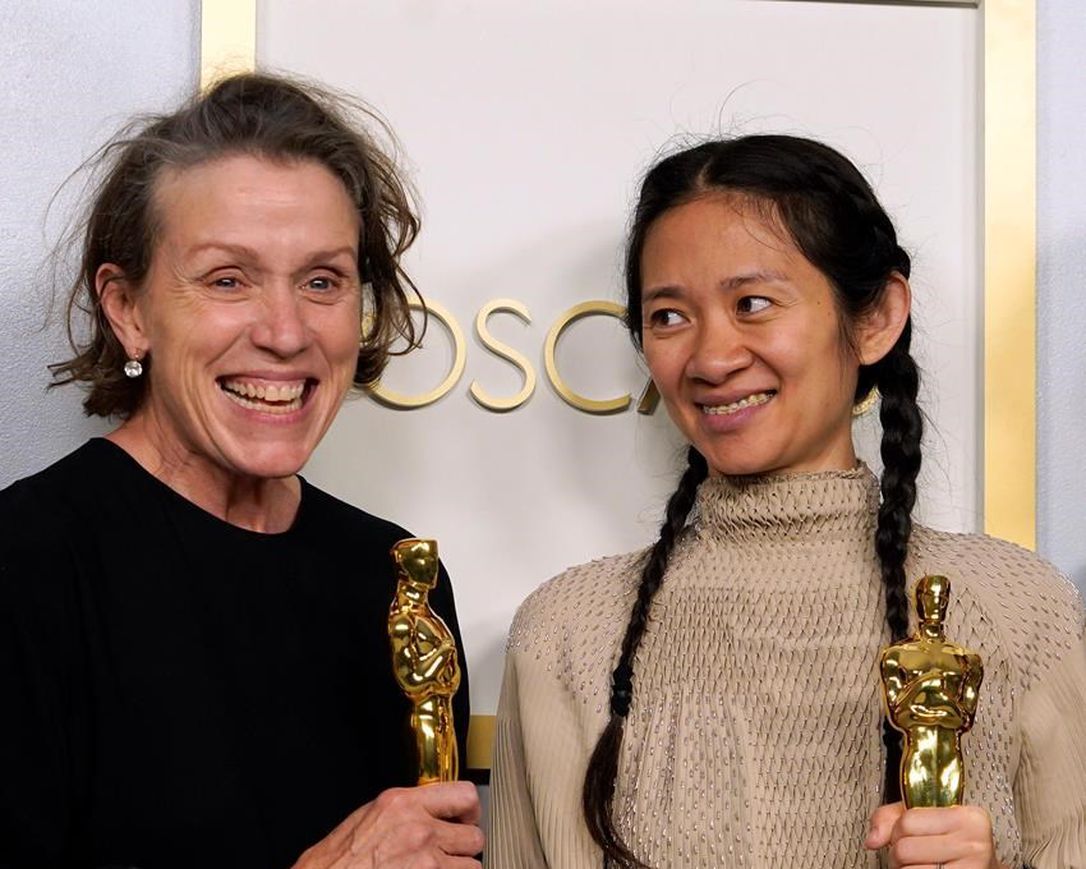 Who knows what to expect tonight? Diversity for sure, but beyond that? The second Oscar winning female director seems a given, Chadwick Boseman a shoo-in, but the Best Actress category? Who knows?

Tonight brings to an end of the longest Oscar season in memory, eight long months since TIFF, so let us finally get to it.

THE ACADEMY AWARDS – Blow by Blow

Regina King, great walk girl, she turns heads. Great speech – smart, sharp, not preaching, does just fine. She then talks about writers before opening the envelope telling us EMERALD FENNELL has just won Best Original Screenplay for Promising Young Woman. OK, but did anyone else know she was announcing the nominees? Interesting beginning, great choice, though I thought Aaron Sorkin had it in the bag. Great speech from Miss Fennell.

And we move right to Best Adapted Screenplay, same style, talking about what got these writers to the Oscars. And no real surprise, The Father wins for its splendid adaptation. Interesting film that explored Alzheimer’s Disease through the mind of the man suffering it. Florian Zellar and Christopher Hampton won, but Zellar did all the talking, ALL THE TALKING, EVERY WORD.

Now I remember why I dislike television, commercials – like nine of them before we get back to the awards … Geezus … nope 10, sorry 11.

OK, they are messing with us. Laura Dern comes out to present Best International Feature Film instead of Best Supporting Actor. Having won last year for Best Supporting Actress, one would think that was her duty tonight, but hey, she might be back. Unusually long clips of each film. And Another Round from Denmark wins it. OK, fine, no real complaints. Slow talkers should never talk in public … ever. The director of Another Round is such a person … my God …. and he is still talking. Yes it is deeply personal, but man.

And now Laura Dern will present Best Supporting Actor as she was supposed to. Good, love this award. Great choice, DANIEL KALUUYA wins for Judas and the Black Messiah. Superb actor, so good in Get Out (2017) a couple years back even greater in Widows (2018) … chilling, Superb here as Fred Hampton. An intensely brilliant actor.

Don Cheadle shows up to present Best Make-up and Hairstyling. Ma Rainey’s Black Bottom takes it. No big shock. The first two black women to win for this category.

Cheadle continues with Best Costumes Design. And two in a row for Ma Rainey’s Black Bottom.

Bored yet? About to get clobbered with another dozen commercials….

Via satellite we are suddenly halfway around the world where Bong Joon Ho, last year’s Best Director for Parasite, will present the award for Best Director this year. And history is made for the second time as a woman has won Best Director. CHLOE ZHAO wins for Nomadland. I liked the film, never loved it but am OK with this win. There are some terrific female directors out there who deserve to be nominated and/ or win. Sarah Polley where are you? Well done Ms. Zhao.

Riz Ahmad comes to present Best Sound. I like this guy, so good in Sound of Metal. Could it? Would they really? And of course it does, Sound of Metal wins the award for Best Sound. Five winners but the dude on satellite did all the talking, kind of unfair right?

Oh great, my least favorite actress Reese Witherspoon here to present. Great. I would rather gouge my eyes out than watch her and listen to that helium influenced voice. And for Animated short film, If Anything Happens We Love You.

Reese is back for Animated Feature Film. We get to hear why she likes animation … yep. Just present the damned award. Once again Pixar takes home the Animated Feature Award for Soul, a brilliant film.

So I am thinking that this is more like watching a commercial compilation with the Oscars in between.

Are there no time limits on these speeches?

Finally a great commercial, the trailer for Cruella. Emma Stone looks terrific, love her. she would make a killer host and either she or Jessica Chastain should be playing Lucille Ball, not Nicole Kidman.

And here is Pitt to present Best Supporting Actress. Goddam, he is a good-looking guy. Wow and 57! YUH-JUNG YOUN wins for Minari. Glenn Close loses again. The shame is Maria Bakalova loses for Borat … damn. Youn is funny, nervous, human. Lovely tribute to Glenn Close telling Close “I luckier than you.” Relax Glenn, you will win for the Sunset Boulevard film.

Halle Berry as gorgeous as ever. She is presenting Best Production Design which goes to Mank the great film about the writing of the screenplay to Citizen Kane. Brilliant film, the look reminds me of Citizen Kane itself.

And Halle swings to Best Cinematography. Always one of my favorite awards. And the winner is, again, the black and white mastery of Mank. Yeah! Well done!

Harrison Ford relates some of the terrible comments he received about Blade Runner before it was released. He then proceeds to present Best Film Editing, and it goes to Sound of Metal. Nice. Great speech.

The lovely Zendaya stays to present Best Song, I must confess to not really knowing them, though I have heard them all. And it goes to “I’ll Fight for You” from Judas and the Black Messiah.

Ok, what? Best Picture? Oscar winner Rita Moreno looking great, presents Best Picture to … Nomadland. OK, not my choice but it is what it is. How about Best Actor and Actress?

Sure enough Renee Zellweger strolls out to end the drama of the Best Actress race. Who wins? Mulligan or Davis? NEITHER! In a stunner FRANCES MCDORMAND wins her third Best Actress Award, more than Meryl Streep, one less than Katharine Hepburn for Nomadland. Wow, that shakes things up.

Joaquin Phoenix comes out presumably to crown the late Chadwick Boseman Best Actor, only he does not. The winner of Best Actor is …ANTHONY HOPKINS for The Father. 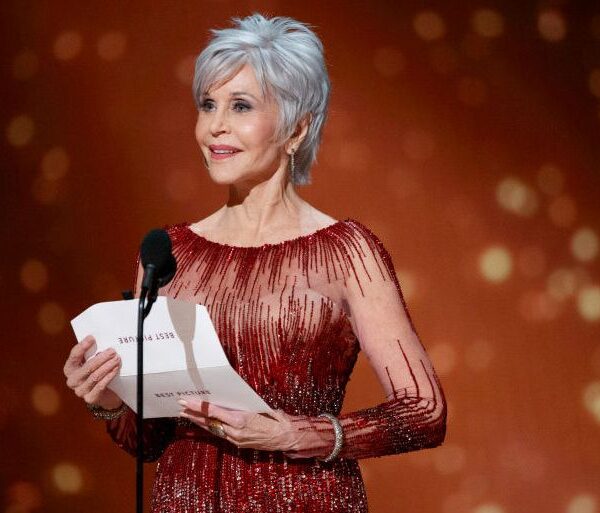